For a new exhibition at Higher Pictures, K8 Hardy has produced “Fashionfashion, 2002-2006,” a presentation of oversized zines. In creating these zines, titled Fashionfashion individually and as a series, Hardy explored visual tropes of fashion/lifestyle magazine images, recreating these kinds of highly constructed and photogenic spaces with herself as fashion model and with more casual, grittier scenes as backdrop. Hardy, having previously worked as a stylist’s assistant, is well equipped to manipulate these invented spaces, disturbing common markers of glamour, luxury, and beauty with various forms of exaggeration and ironic juxtaposition.

The gallery hosts an opening reception Wednesday, September 17, from 6 – 8 pm. 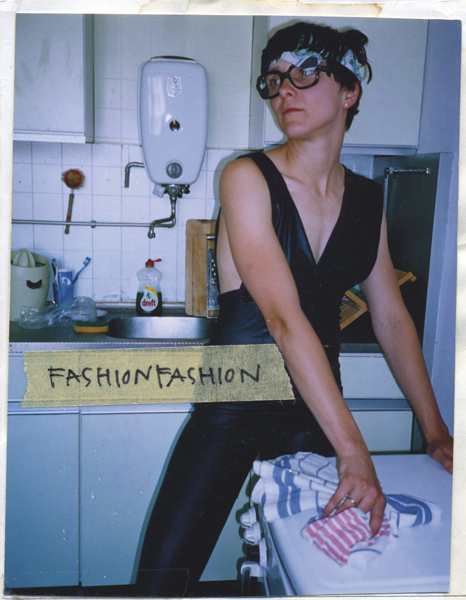 These zines are a precursor to Hardy’s later works, like her “Untitled Runway Show” presented at the 2012 Whitney Biennial, where the artist’s deconstructive stylistic interventions occupied a similar aesthetic and spatial arrangement to a conventional runway presentation.

The exhibition remains on view through October 11.

Next post The Inaccessible Other: The Inside-Out Approach as Curatorial Framework