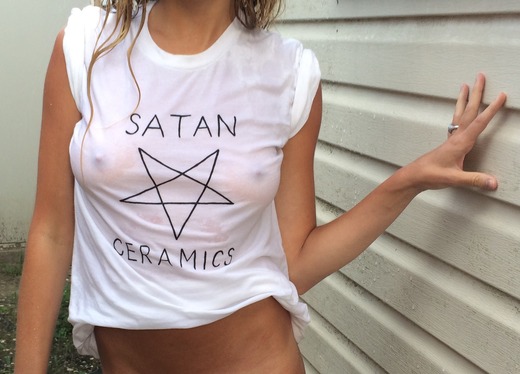 Now on view at Salon 94 Freemans, a group exhibition titled “Satan Ceramics” features new ceramic work from New York-based artists Mary Frey, Pat McCarthy, JJ PEET and Tom Sachs. The artists meet weekly at the 92nd Street Y and create ceramic sculpture together under the instruction of appointed group leader JJ PEET. Even without an overt statement that the group shares any particular set of philosophies, motivations, or intentions, their communal practice and their experimentation with fundamental forms (vessels, tools, tablets, etc.) is enough to inspire curiosity and speculation. 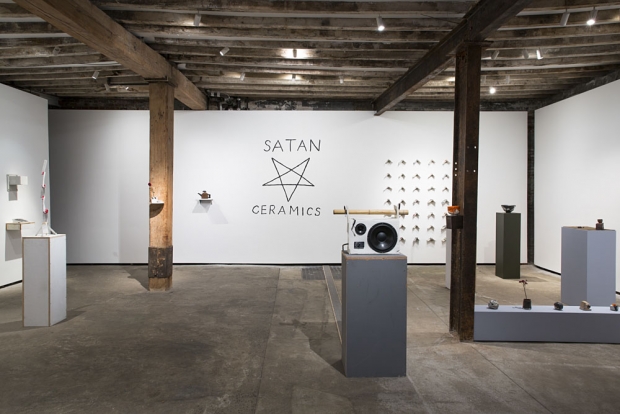 Many works in the show are united by attempts to push contemporary practices and priorities into physical structures typically associated with traditional, even ritual uses. Tom Sachs’ tea bowls bear the marks of creation by hand, while their carefully painted letters form NASA’s original logo. Contemporary imagery spills onto Mary Frey’s otherwise timeless forms; characters from The Simpsons ornament a rectangular form that presents itself as something between ceremonial treasure and TV tray. Pat McCarthy’s pigeon-keeping accoutrements (perches and nesting bowls) take their inspiration from a centuries-old practice, and their aesthetic from a contemporary understanding of system and arrangement. Located at various points along a spectrum of irony and sincerity, the sculptural works of “Satan Ceramics” employ time-tested forms and aesthetic codes to represent the particularities of the present. 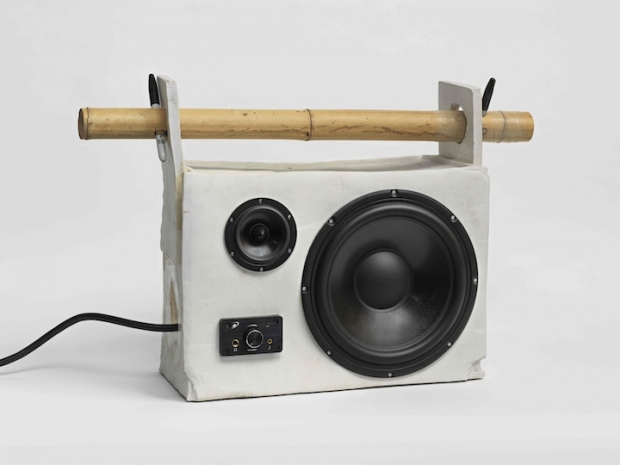 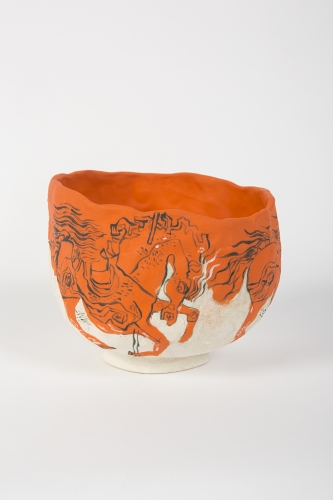 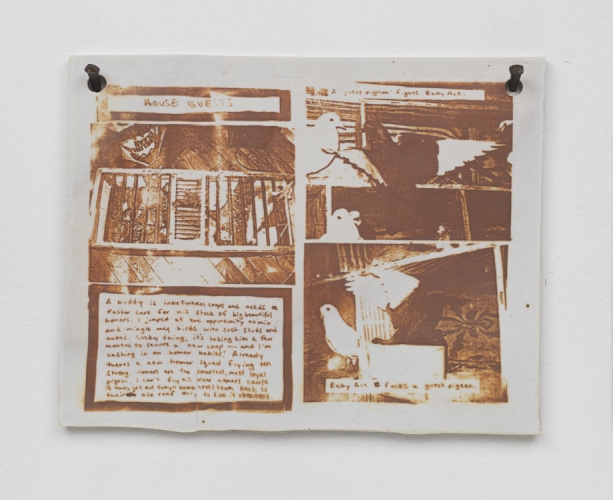 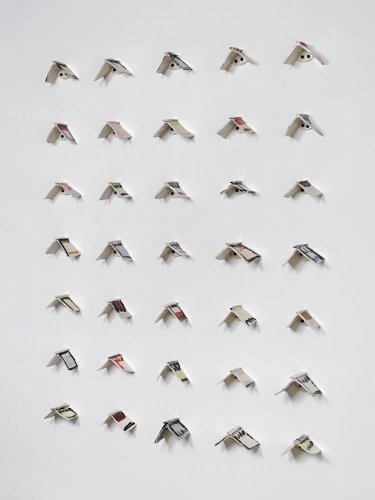 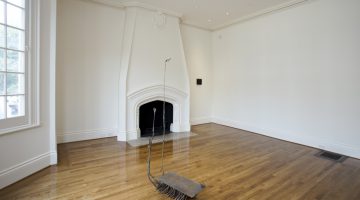