Sunday, September 14, Team Gallery launches team (bungalow), a new project space in Los Angeles, with “tl;dr,” a solo exhibition of work by New York-based artist Cory Arcangel. Currently on view at the gallery’s New York (47 Wooster Street) location, another exhibition by Arcangel with the same name hosts “Lakes,” a series of flat-screen televisions displaying images drawn from pop culture. To these images, Arcangel has applied the Java applet “Lake,” a visual effect that once ran rampant on personal websites, causing glimmering distortions to images. Today, to those familiar with their history, these kinds of effects are as easily dated as some clothing or music.  This awareness of certain technological devices and aesthetics as relics leads us to contemplation of the TV screens themselves, now reasonable hosts for Arcangel’s work but ultimately devices destined for a similar retirement. This relationship between present and past technologies helps one get to what is perhaps the heart of the matter; for the most part, our cultural understanding of artworks employing technological conduits and containers is tenuous and unresolved as yet. 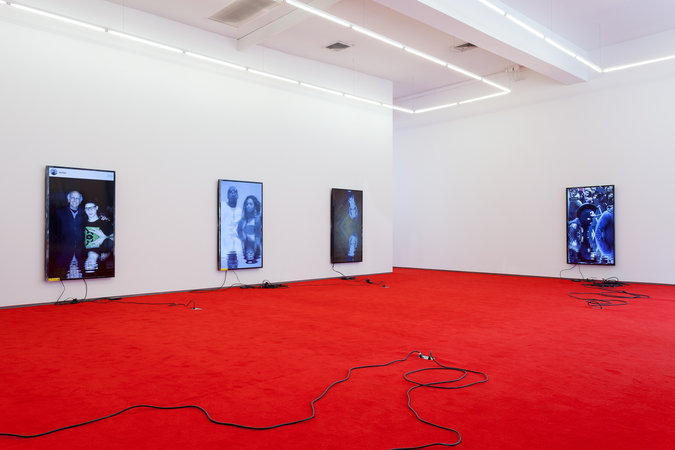 For the exhibition opening Sunday at team (bungalow), Arcangel presents some of his early video game works on inexpensive tablets, cell phones, and PDAs. These works, video games Arcangel has hacked to harness particular visual elements, will be accessible to visitors for interaction. Also on view are a number of Arcangel’s zines, titled “The Source,” which detail and document his creative projects, as well as a retail-style presentation of Arcangel’s new line of merchandise, “Arcangel Surfware.” 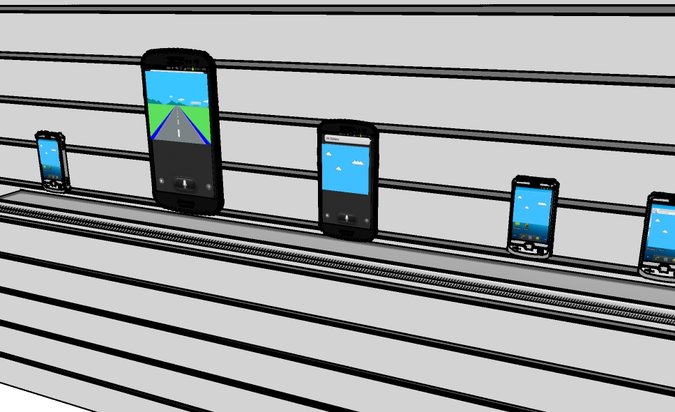 The exhibition at team (bungalow) remains on view through November 9.

The exhibition at the gallery’s New York location remains on view through October 26.