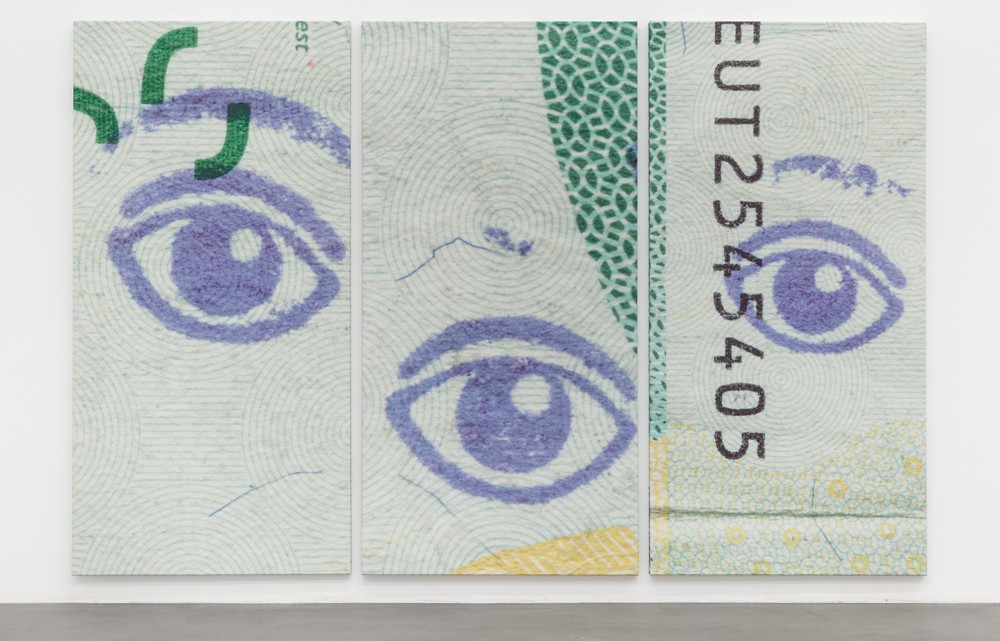 The next few days are full of openings at San Francisco galleries.

Here is the second part of our list of selections; find the first part here. 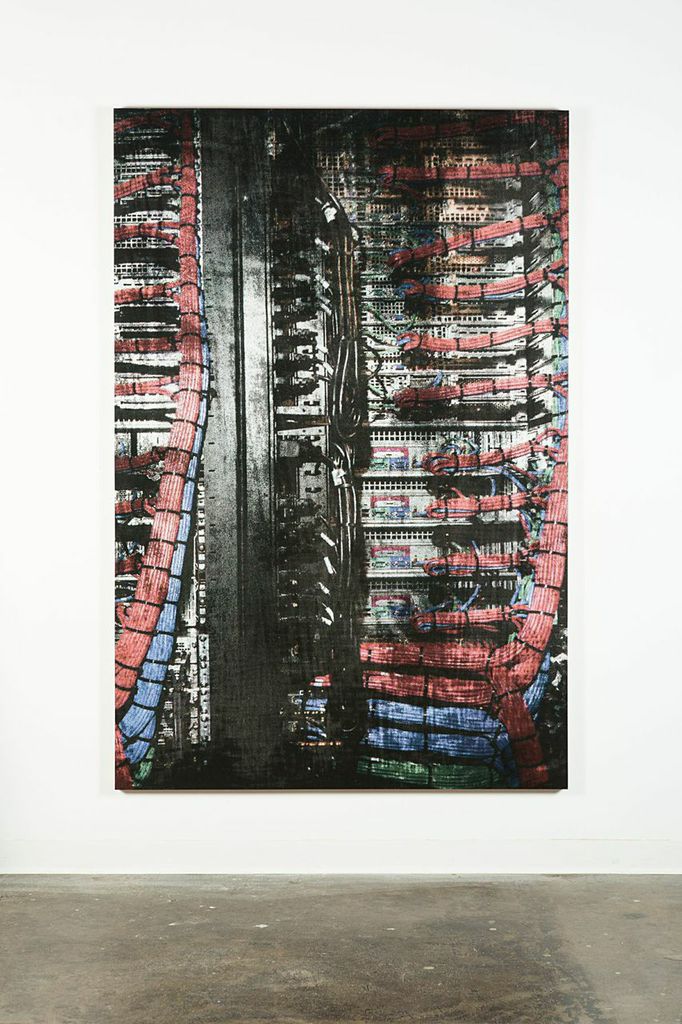 “Promises to Pay in Solid Substance”

Jessica Silverman begins the fall season with “Promises to Pay in Solid Substance,” an exhibition by New York-based artist Hugh Scott-Douglas. Scott-Douglas presents three new bodies of work, as well as “Screentones,” a series first shown in Takashi Murakami’s Tokyo exhibition space. The “Screentones” are scanned images of an adhesive Letraset paper applied to collect dust and debris from a surface, enlarged and printed on wood panels with UV-curable ink. The resultant objects present themselves like paintings, but with the particular and undeniable effects of photography. Scott-Douglas’ new bodies of work share this curious exploration of the physicality of imagery; decommissioned billboards rest as abstract masses around the space in the artist’s “Heavy Images” series, and the series “Amazon.com” and “Economist” present visualizations of various contemporary distribution networks. 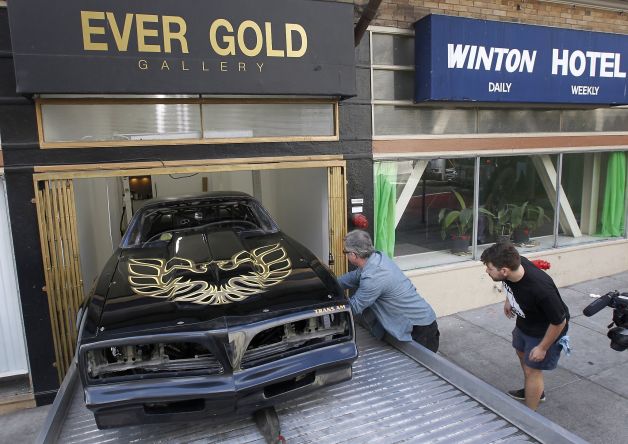 Guy Overfelt (left) and Ever Gold Gallery owner Andrew McClintock during the installation of “Free Bird: The Never Ending Joy Ride, 1998-2014.” Courtesy of Paul Chinn and the San Francisco Chronicle.

Ever Gold Gallery opens a presentation of Guy Overfelt’s ongoing conceptual project “Free Bird: The Never Ending Joy Ride, 1998-2014.” In the gallery, Overfelt has installed his 1977 Pontiac Trans Am, to rest on a white four post car lift. The car, a central part of Overfelt’s conceptual exploration of American culture, is presented here in a partially unfinished state; the Trans Am is almost entirely custom, recreated piece by piece in high-performance materials over time by the artist. The gallery space is just large enough to accommodate the car and its lift, intensifying spatial relationships between the car, its containing space, and viewers. Truly a spectacle, this installation of Overfelt’s project is not to be missed. 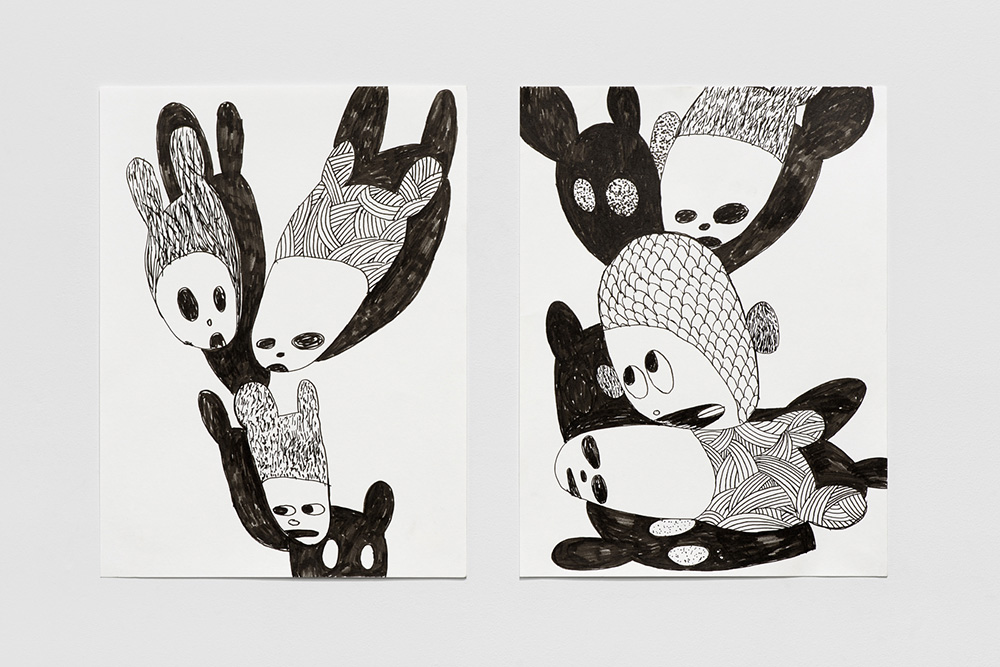 At Rena Bransten Gallery, Robb Putnam fills the project space with playful sculptural forms, constructed from found and collected materials. In a series titled “Pelts,” Putnam assembles leather, plastic bags, scrap textiles, and other detritus into abstract forms with some of the characteristics of animals or childhood dolls. These works are complimented by some equally bizarre ink and watercolor drawings; clearly from the same alternate reality as Putnam’s sculptural constructions, these depictions share a complex and childlike balance of humor and fear. 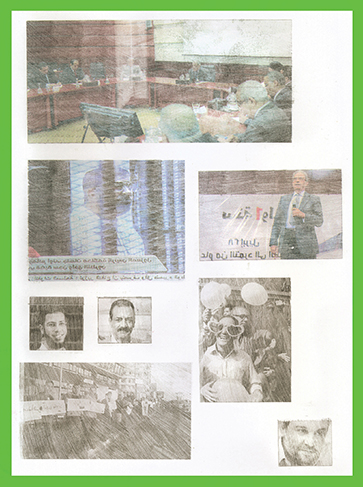 “Political Fictions,” the new exhibition at Haines Gallery, brings together an impressive roster of artists whose practices address reportage and the presentation of current events. Engaging with different channels of distribution and associated content, these artists expose and manipulate trends, tropes, and more in this familiar yet treacherous terrain of media culture. Works on view include Kota Ezawa’s iconic animated video “The Simpson Verdict,” newspaper images treated to a very manual reproduction process by Taha Belal, a mesmerizing and monumental image-turned-sculpture by Dinh Q. Le, and more. 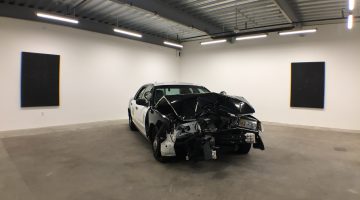