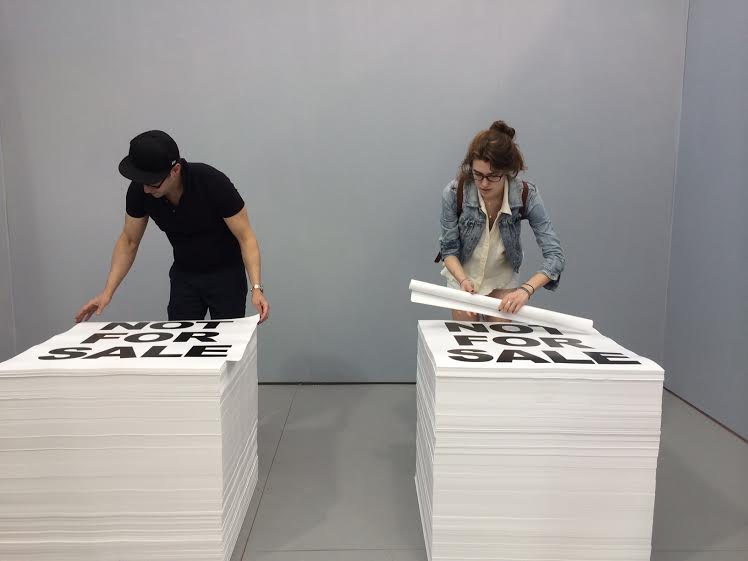 Artist Alfredo Jarr in collaboration with Masters students Aurora Bailey, Julia Mazur and William Sunstrom at the Sotheby’s Institute of Art, For Sale, Not For Sale, 2014. For more information go to www.forsalenotforsale.com.

Art Basel week, at its most extreme, is a not-so-smooth fusion of art and commerce, the sublime and the quotidian. This jarring combination was perfectly embodied by the visual of the Sabra hummus carts as they rolled past works like Chris Duncan’s monumental sun prints and handed out hummus and pretzel packs during the preview of UNTITLED., a “temporary exhibition forum” running alongside Basel in Miami. 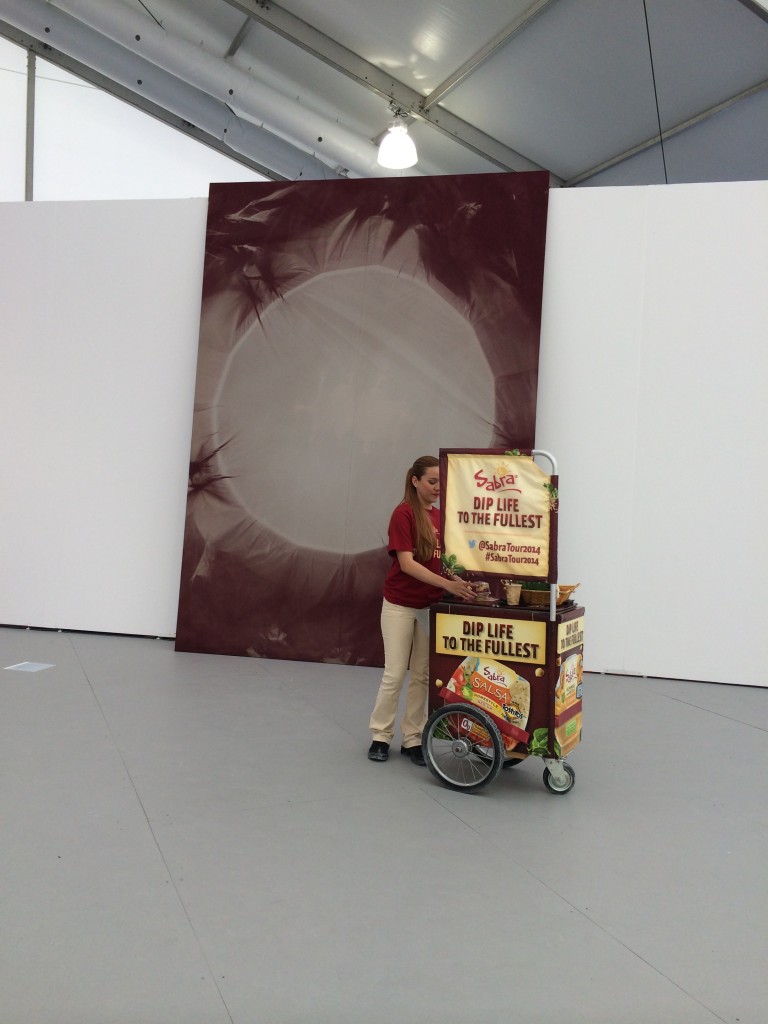 There were a few grand gestures throughout the fair that can be a relief from the preciousness of smaller works. An interactive booth hosted by Sotheby’s Master Thesis program encouraged visitors to take posters titled and emblazoned with For Sale and Not for Sale then distribute them around the city and via social media. By reducing the world to two categorie—saleable and non-saleable—this art fair intervention is an interesting insight into how the business end of the art world, for example the graduates of Sotheby’s Fine Art program, sees art.

My favorite booths were LVL3 from Chicago and Asya Geisberg Gallery from New York. LVL3 showed two emerging painters, Sofia Leiby and Josh Reames, who pondered the future of painting through their own respective investigations into modernism and the mechanics of digital image making. 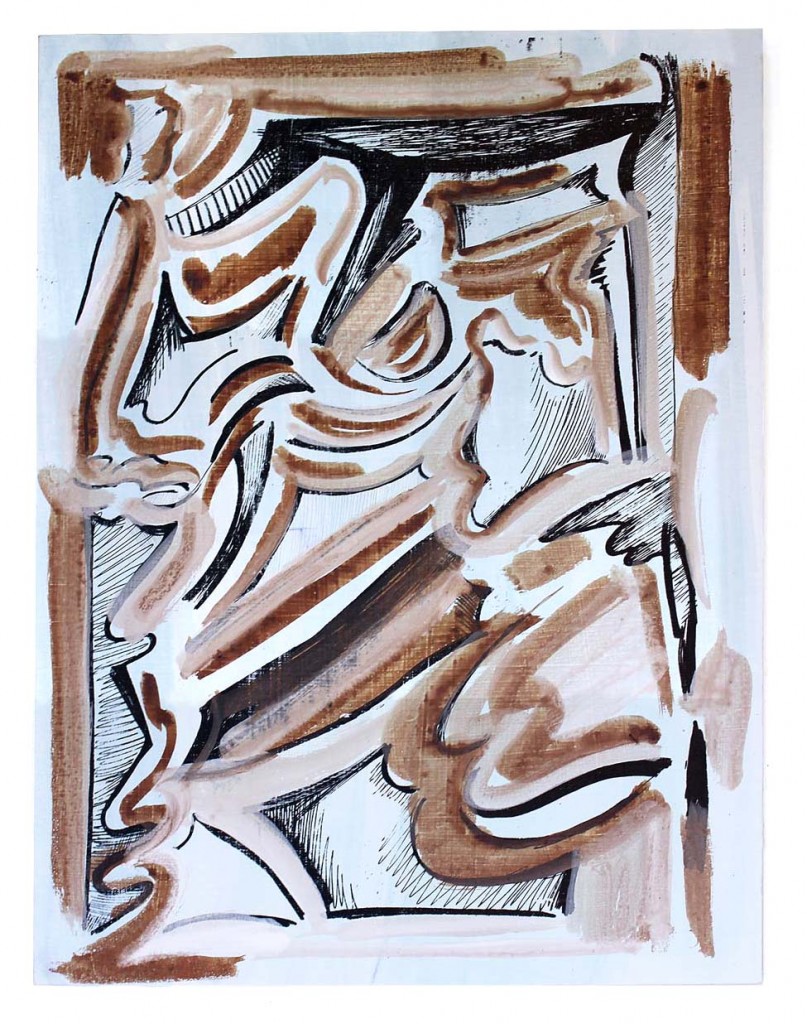 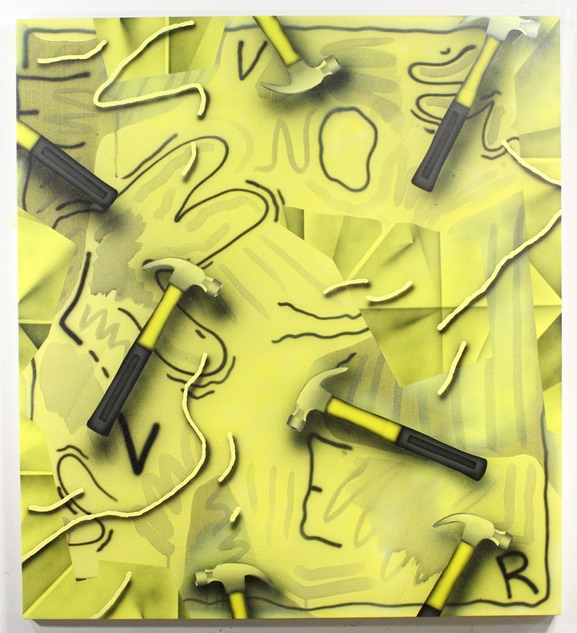 Angelina Gualdoni’s painting creates tension through layers of paint and considered negative spaces. Her painting Screens embraces the plasticity of paint, encouraging it to stain, bleed, stumble, and block out shapes, hinting at an interior space or a still life amidst the mark making, but never quite revealing its secrets. 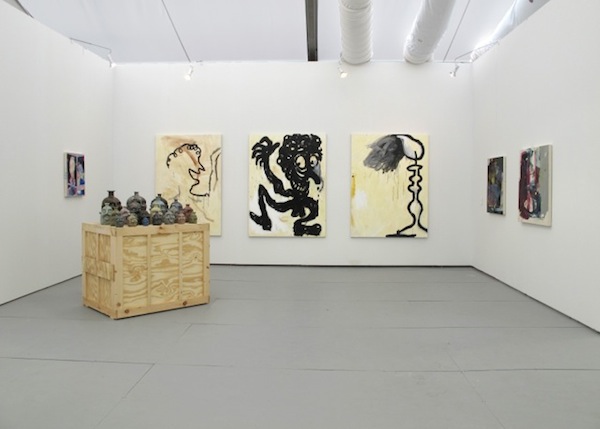 Aysa Geisberg Gallery’s booth featuring artists Ricardo Gonzalez, Angelina Gualdoni, and Rebecca Morgan, a playful bunch of expressionists. I responded to this gallery because the artists all seem to have rejected the digital world in favor of the earthy expressiveness of their materials. 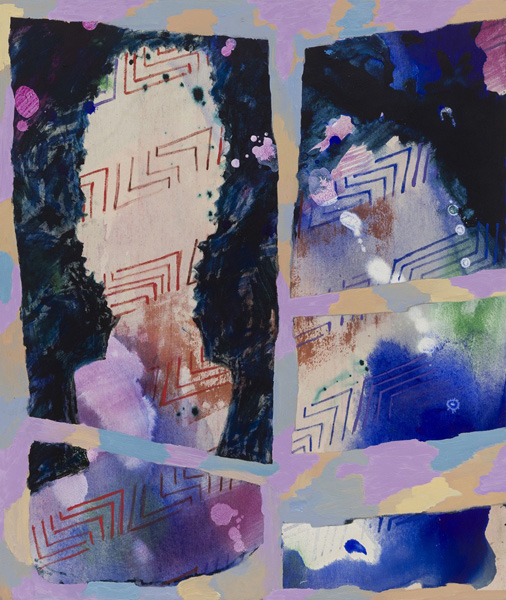 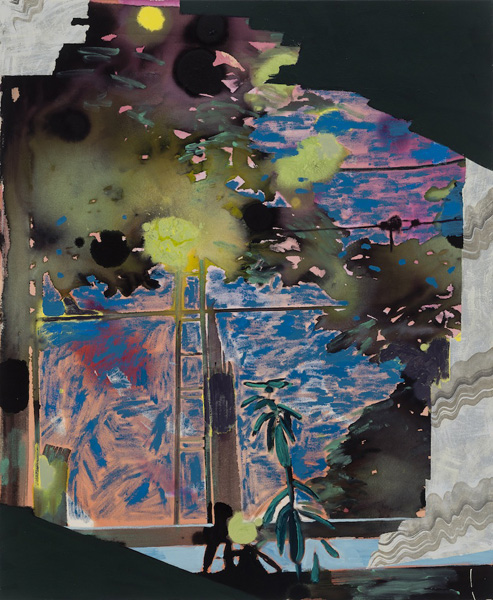 Isabel Yellin’s constructions are made from layers of fabric, paint, and other unconventional materials that are then hung on the wall. Their shapes inevitably bring up issues of domesticity through their association with laundry or curtains, but also make reference to more traditional aspects of painting. Whimsical Grime works like a deconstructed seascape with its navy blue horizon line, white wave crests, and pale v-shaped birds flying in the distance. 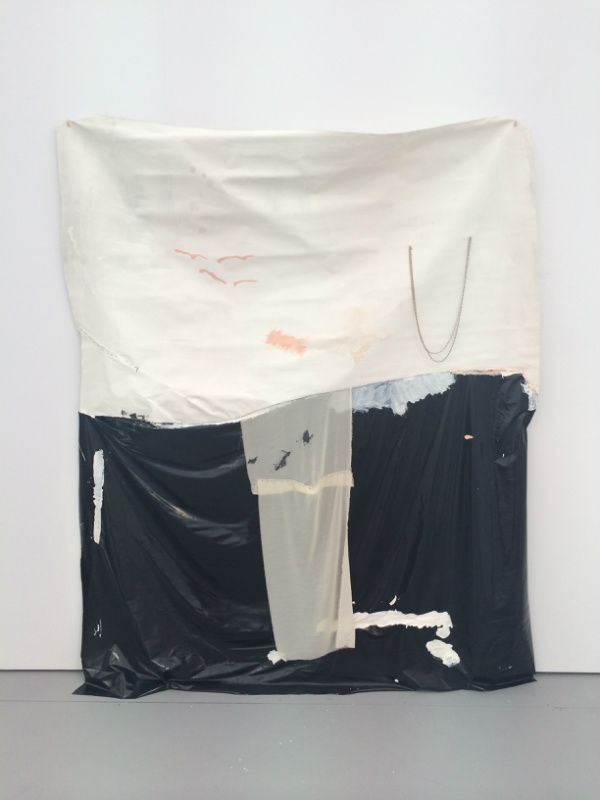 Luis De Jesus had another great booth, not only for the work, but for the fact that three out of the four artists they are showing are women (as the owner proudly told me). Kate Bonner’s photo sculptures—digital imagery printed on various sculptural planes—create a cubist sense of space and time, like déjà vu. 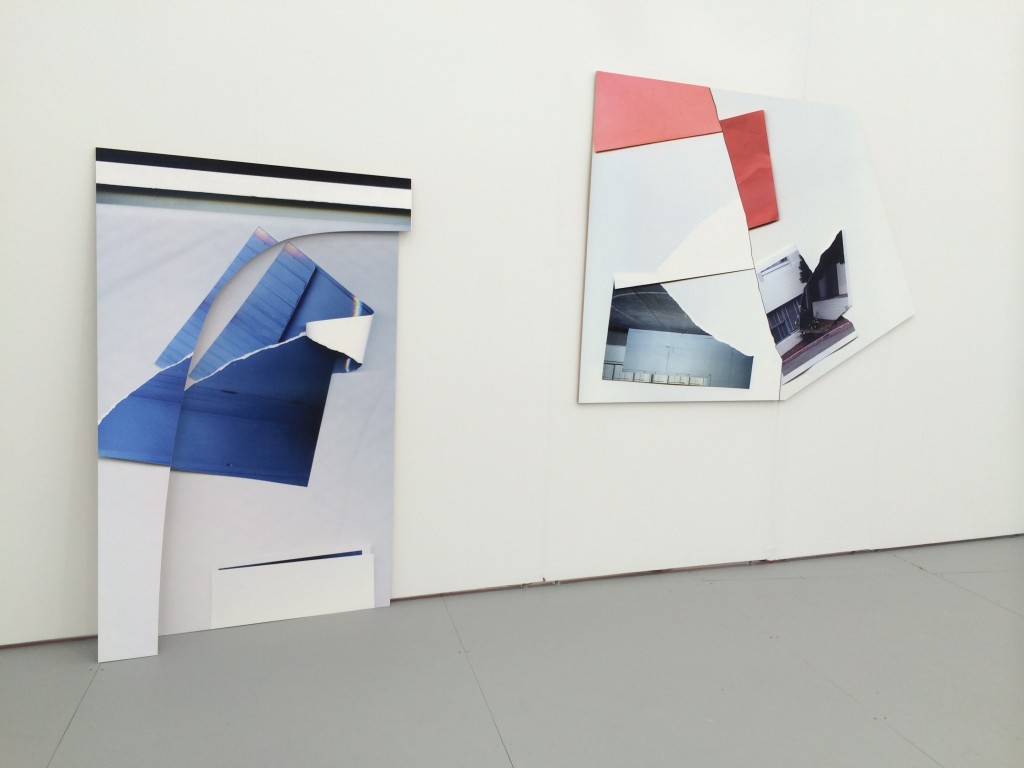 Kate Bonner at Luis De Jesus (Los Angeles). From left to right Out of another one, 2014; An effect like fast forwarding, 2014.

For his new body of work Toward Hedonic Reversal, Rodrigo Valenzuela creates sculptural installations then photographs them in black and white, enhancing the textures and graphic quality of the shapes. The backdrop within each installation is covered with photographs that give the picture plane a false sense of depth and disorient the viewer in places where the illusion is broken through a seam in the photo or a piece of wood wall is revealed. The result is a blurred line between truth and fiction mixed with the mise en scène of an artist’s studio.

Rodrigo Valenzuela with UPFOR Toward Hedonic Reversal No. 1, 2014. 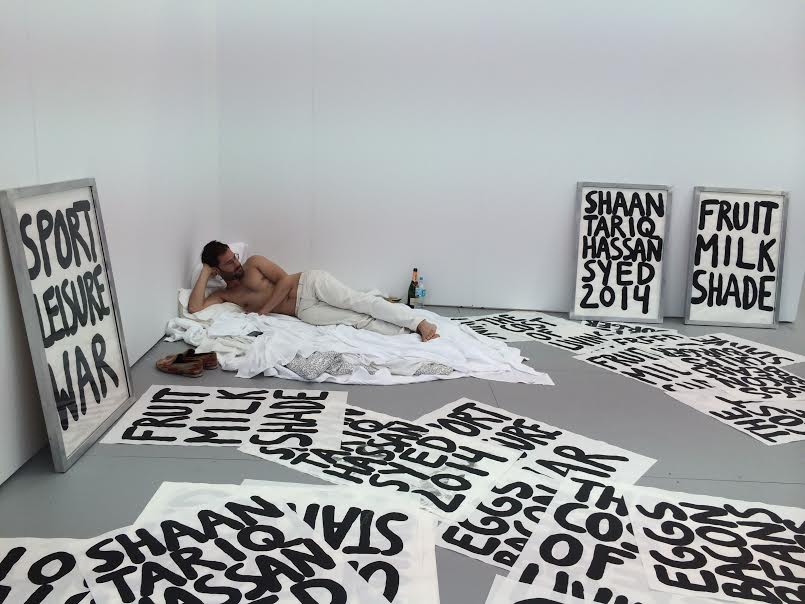 Shaan Syed at Ana Cristea Gallery, Bed In, an impromptu protest staged after the artist’s work was held in customs in London for the first two days of the fair.