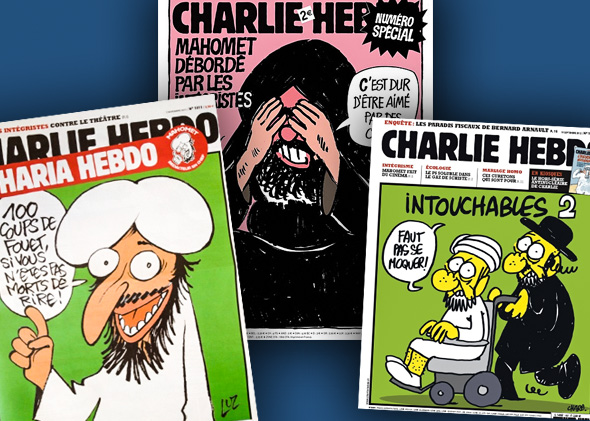 Charlie Hebdo, a French satirical weekly based in Paris, was the home to 12 corpses yesterday having been targeted by religious extremists for publishing caricatures of the prophet Muhammad.

Cartoons. CARTOONS! Two brothers in their 30s and an 18-year-old kid are the suspected gunmen who stormed the newspaper headquarters and killed some of the most esteemed cartoonists in France, including the editorial director.

Throughout France yesterday people held vigils and displayed signs that read “Je Suis Charlie”—I Am Charlie—to honor the slain and say fuck you to the attackers. Others flooded the Place de la République in eastern Paris, near the site of the attack, waving papers, pencils, and pens in a display of solidarity with journalists and free speech.

Let’s take a couple steps back and think about what this means. On one hand, I can see how someone doesn’t want their gods or deities or ghosts disparaged. On the other hand, who fucking cares? The human right to laugh at and to make fun of each other seems to be so blatantly, well, a human right. Censorship, in any form, is silly and counterintuitive to nature and instinct. 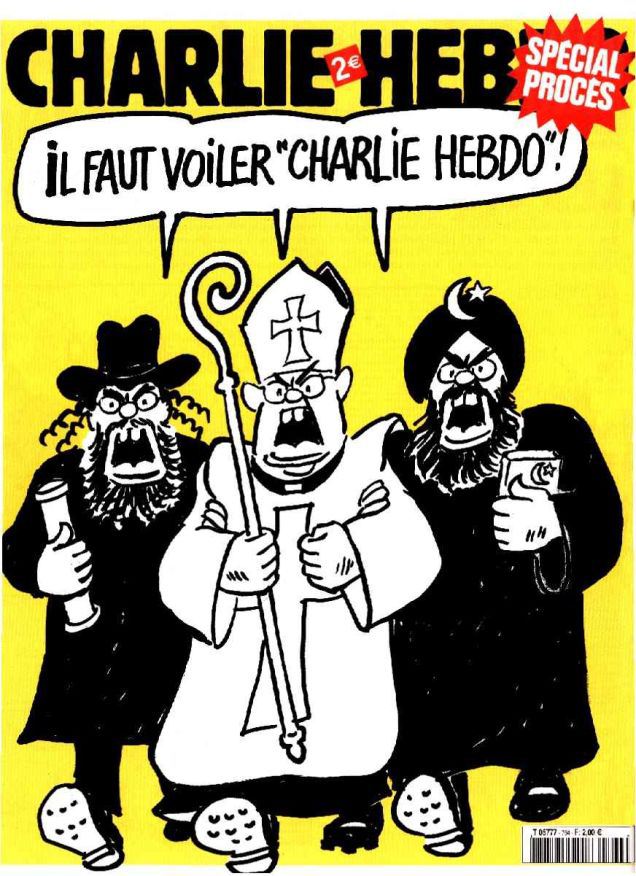 This isn’t the first time the paper was attacked for exercising their right to free speech. They have been the persistent target of harassment, web hacking, and were even firebombed in 2011 for depictions of Islam and the profit Muhammad (never mind the countless other satirized depictions of other political and religious figures). So what was Charlie Hebdo’s response? Turn up the heat and keep drawing. Fuck ‘em.

Not only is this attack one of universal impact on all artists, comedians, journalists, and the very essence of free expression, but it is also an attack on Muslims everywhere, who everyday fight a cultural war on two fronts: 1, against isolated extremists who commit atrocities in their name; and 2, against bigotry. This shit stinks for everybody. 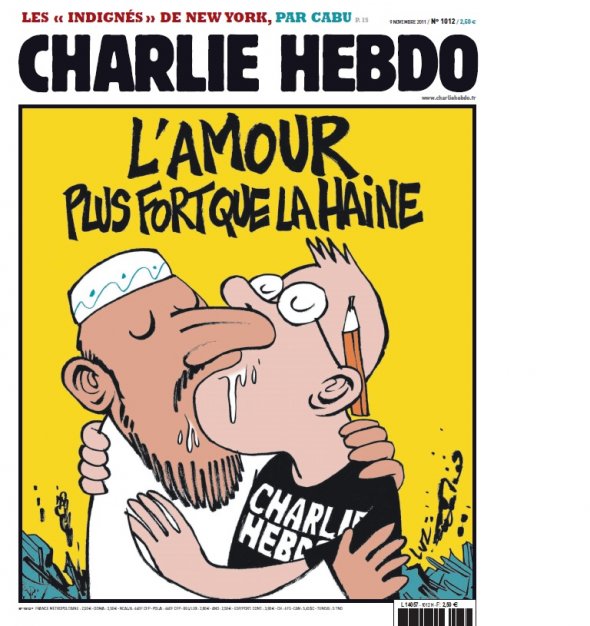 Salman Rushdie, author of The Satanic Verses, put it right when he said, “[We must] defend the art of satire, which has always been a force for liberty and against tyranny, dishonesty, and stupidity. Religions, like all other ideas, deserve criticism, satire, and, yes, our fearless disrespect.”

So take to your art and writing, and if it doesn’t piss somebody off, it isn’t working. 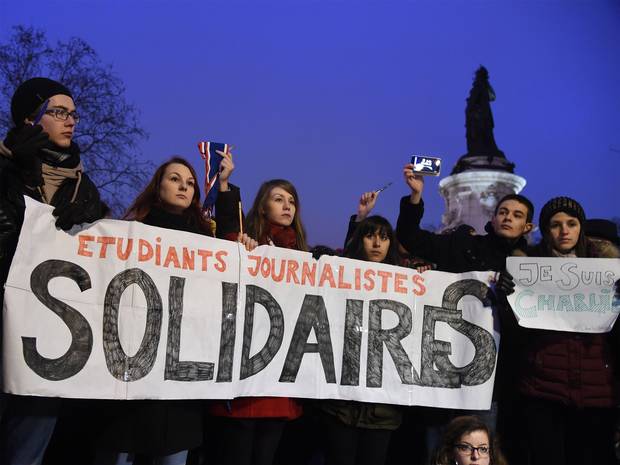 Students attend the masses holding a vigil at Place de la République in Paris on 07 January 2015. Image courtesy The Independent.