everyone: Gillian Wearing at Regen Projects 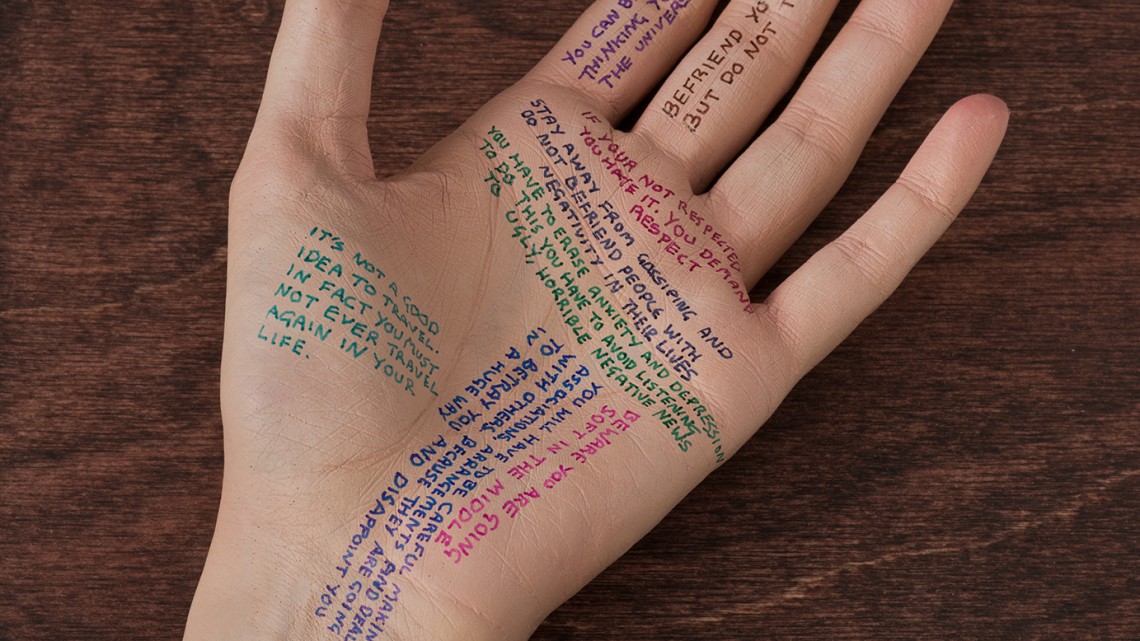 Known for her uncanny masked portraiture in both photography and video, British artist Gillian Wearing’s solo exhibition of new work at Regen Projects is decidedly psychological as opposed to simply emotional. Rather than considering and reconstituting personal issues, here Wearing brings the role of the patient, the victim, the abused, and the weight and entanglement of memory and identity to the fore. Two new videos ground the exhibition, each delving deep into the buried psyches and repressed memories of, in one instance, real people, and in the other, imagined characters speaking from the dead. For Fear and Loathing (2014), Wearing found her subjects by placing an ad that called for individuals willing to recount either an intense and long-lasting fear or to divulge an ongoing, emblazoned loathing, or even hatred. Each subject remains anonymous by way of Wearing’s signature masks. In this case, however, rather than fashioning custom masks to mirror her subjects’ faces, Wearing uses pre-fabricated, less realistic masks in order for her subjects to tell their stories without revealing even abstracted identities. Nonetheless, the subjects’ eyes and mouths protrude through the thick, cheap fleshy rubber of the masks and their revelations are all of an incredibly personal, often disturbing nature. Their heavy breathing and resistance to being completely forthcoming is deeply felt in each account. 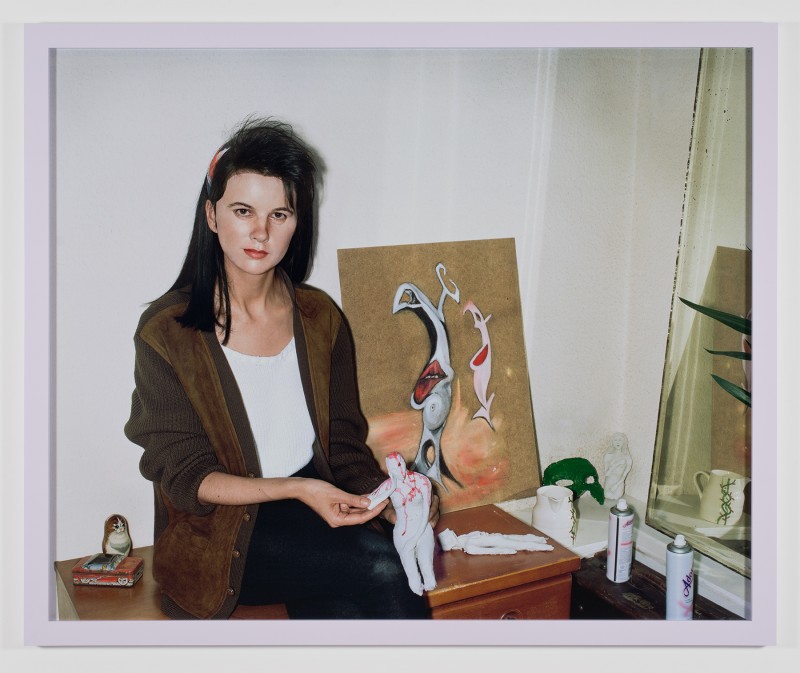 It is a shocking and provocative work for one to approach within the plush, black box set in the middle of the main gallery, one that is surrounded by more light-hearted works like photos of flower arrangements, an oversized silver and gold necklace with a face-shaped pendant, and a row of four small vitrines each containing a lifelike cast of one of Wearing’s hands with extensive writing in primary colors of ink running across each of their distinct creases and lines. The enclosed, darkened environment that houses Fear and Loathing lends itself to the feeling that one is actually sitting directly across from these people, even if only to access their image and their pain through some kind of removed lens or screen. As each person begins their stories ranging from troubled childhoods that include tales of sexual abuse or inexplicable, debilitating phobias, the video continues to invoke a deepening feeling of discomfort that one must confront and endure as horrific story after horrific story drones on, switching from one side of the screen dealing with fear, to the other that takes on loathing. 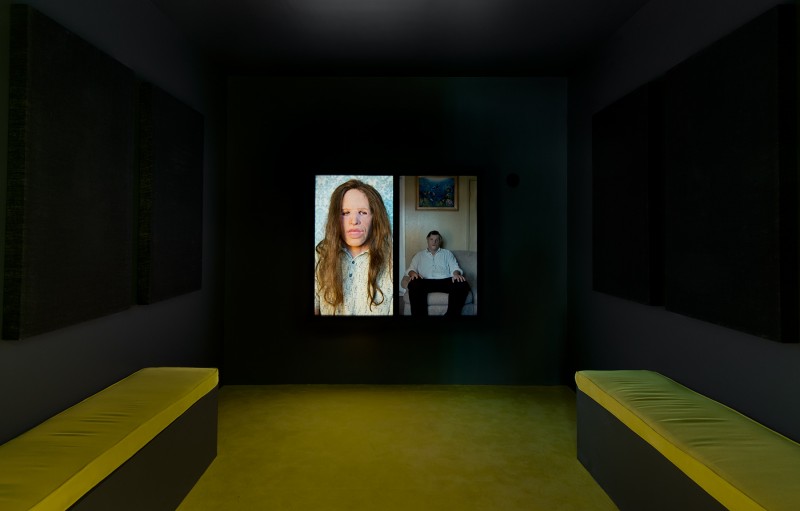 Gillian’s second new video, We Are Here (2014) takes up an entire wall of the large back gallery. It was shot in Wearing’s hometown of Sandwell in the West Midlands of the English countryside. There, desolate sites near rivers and abandoned industrial buildings serve as the backdrop for local senior citizens who, one by one, recite memories and stories from their younger years. These testimonials are punctuated by strange and trance-inducing scenes of various other characters all standing in a line together recalling some kind of cult-like, community center meeting. As shots of the group widen, we see them looking out onto the vast forest ahead of them as they slowly, hypnotically chant the title of the work, “we are here, we are here…”

These video works together with Wearing’s photos and installation pieces in everyone, complicate and question the ways that memories are formed and mutate over time, and how they then shape our relationships to one another and to ourselves. There is something distinctly haunting and pernicious about this environment that Wearing has calculatedly created, as we sense that so many of our unexpressed anxieties and pent up energies persist, even take on physical forms and are thus transferrable, transitional, transmutable. 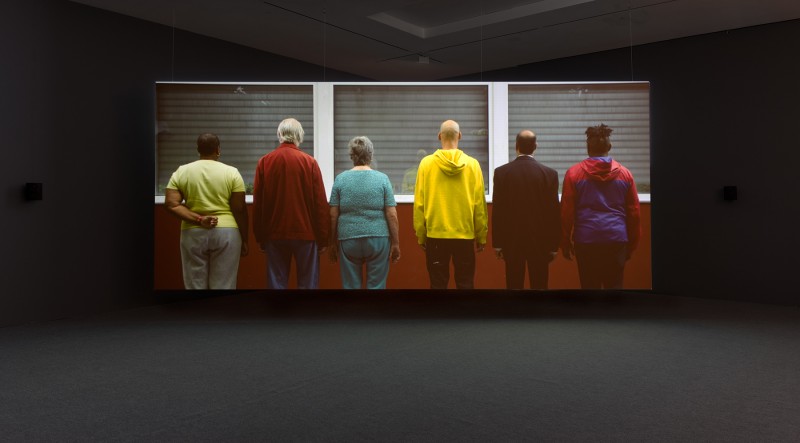 Next post Hear This! at the Palo Alto Art Center