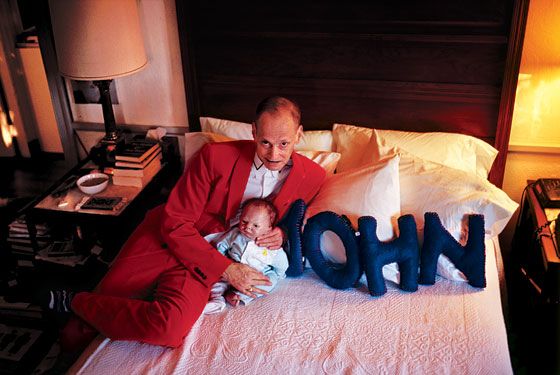 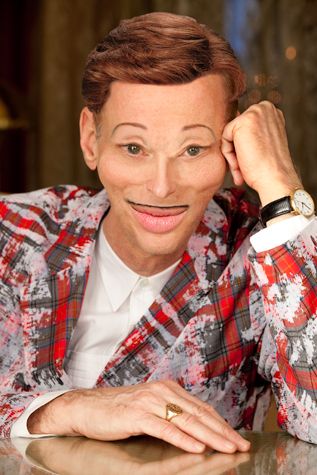 John Waters—once an X-rated name associated with having actors fuck chickens and eat dog shit—is now a celebrated cult icon, a valued artist, an esteemed filmmaker, and a beloved personality. But the Prince of Puke never shies away from his more notorious work, and in Beverly Hills John he conjures his infamy by questioning reinvention and the obscenities of celebrity.

I first met John Waters in 2010 at his art opening at Rena Bransten Gallery in San Francisco. He was (like always) dressed to the nines and engaging fans with his signature wit and humor. Admirers adorned him with flowers; musicians gave him their records. So I walked up to him and scorned, “You’re wearing those shoes at your opening?” His smile faded. “Was I just insulted?” I heard him question as I walked away. 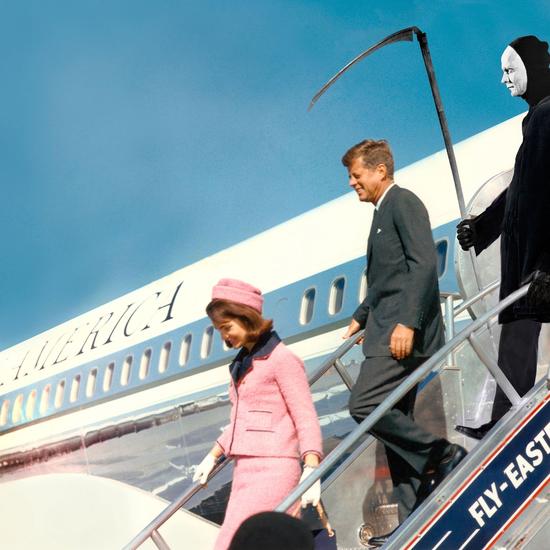 Years later I met him again backstage at one of his comedy gigs here in New York. “Remember me? I insulted your shoes at your show in San Francisco.” A bit puzzled, he lit up suspiciously. “Yes, I remember you.” “Exactly,” I said, “and now we have something to talk about.” I revere John and wanted him to remember me from the sea of fans showering him with love. He signed my vial of Rush and I went home. Success. 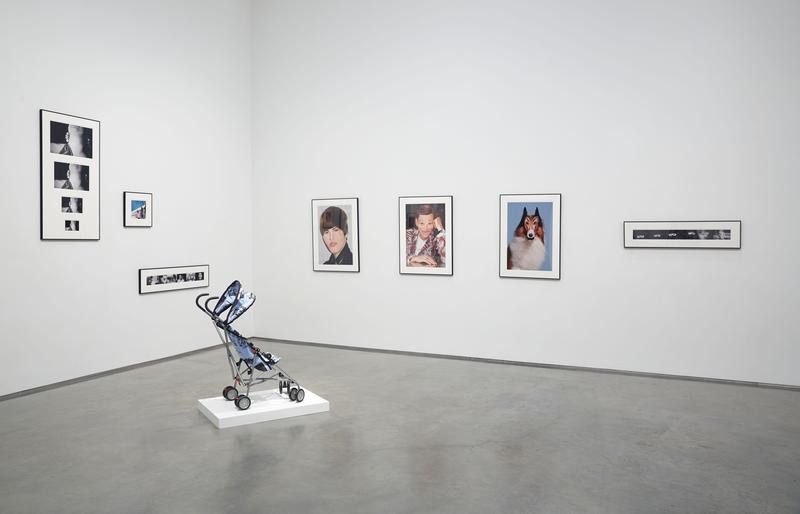 John does what he does best in Beverly Hills John. He finds the artful balance in the absurd with entertainment, the profane with comedy. In Separate But Equal he challenges the mainstream gay claim that the push for gay marriage is anything akin to the civil rights movement of the 1960s, where Black Americans endured relentless segregation and racial violence—and, hell, still do. 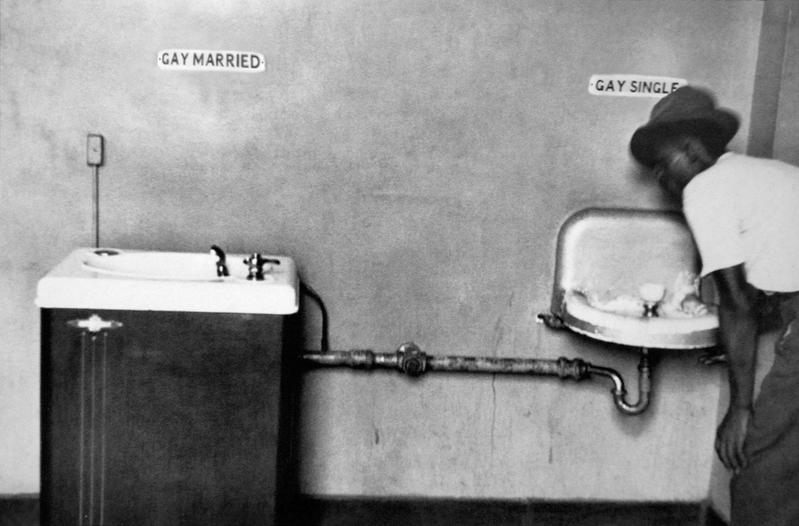 Bill’s Stroller, a jab at gay assimilation, is the perfect symbol for gentrification and the homogenization of gay identity, where S&M erotica is silkscreened across a stroller and the safety buckle is replaced with a leather bondage harness. Perfect, too, is its placement in Chelsea, where cruising spots and gay sex clubs were replaced with luxury condos, a decked-out High Line, and blue-chip art galleries. Which would you prefer? Bill, also, is the name of his very creepy and almost human baby, who John says, “knows not to cry because no one will ever come.” I not-so-secretly hope it is a real stuffed baby boy. 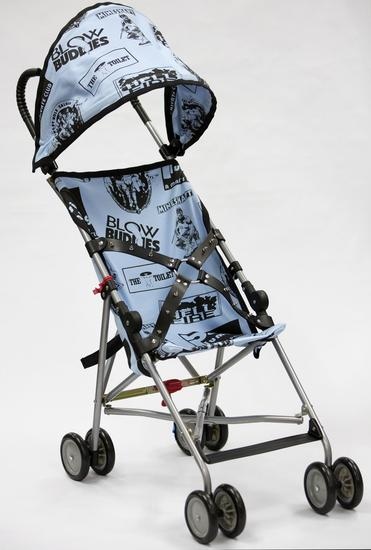 John Waters often says that nothing is shocking anymore. In 1972, when he made Pink Flamingos, many were outraged and stunned; others were gleefully traumatized. That’s a hard task to accomplish in 2015. So he begs the question: what is obscenity in the 21st century? His answer? Celebrity. In the spirit of Beverly Hills, he reinvents his own face, as well as Justin Bieber’s and Lassie’s, to imagine what they would look like with severe cosmetic surgery. The result is gross and effective, capturing the alien race of celebrity sameness. 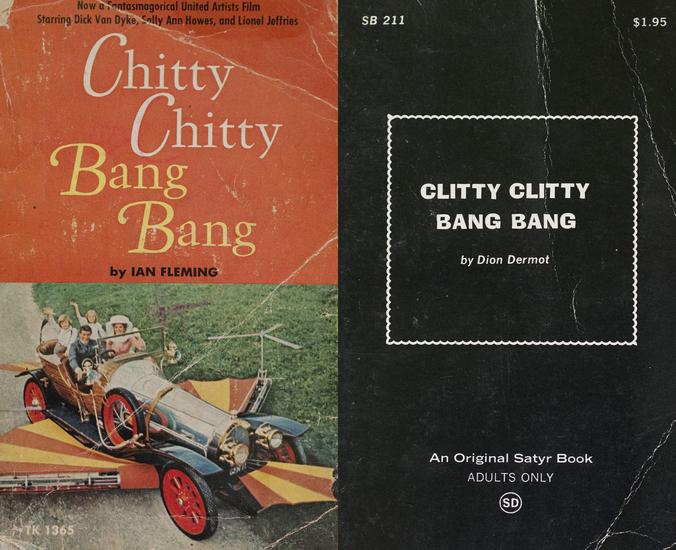 Everything in Beverly Hills John has a facelift. His Library Science series skillfully juxtaposes classic literature with pornography that shares similar titles, like Chitty Chitty Bang Bang and Clitty Clitty Bang Bang. And how about a tabloid for intellectuals? Brainiac is just that, a mock, trashy weekly that would cover the scandals of intellectuals and their lives in turmoil. “M.F.K Fisher Has Cellulite!” “Phillip Roth Dates 70-Year-Old Woman!” “Nude Photos of W.H. Auden Found!” “Renata Adler Goes Beserk!” Wouldn’t that be so much better than the next issue of SFAQ? #brainiackillssfaq 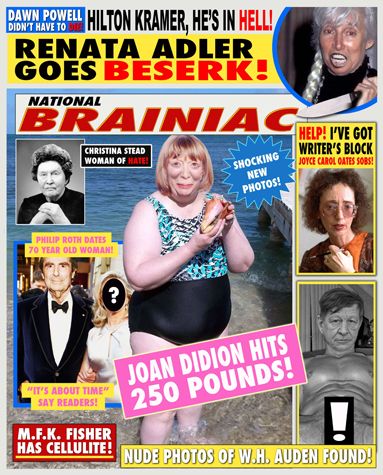 Feeling perverted? Check out Kiddie Flamingos, a 74-minute reading of the Duke of Dirt’s cult classic, Pink Flamingos . . . by kids. Ranging between the ages of six to ten, the kids do a table reading of the full Pink Flamingos script as John narrates off screen. They are shabbily costumed to resemble the original cast and read a script that has been lightly G-ratedized. In lieu of the chicken getting fucked to death, it’s now about bad table manners. Instead of a black-market baby ring, it’s people stealing talking dolls from fancy cars. The cast and script are no longer as dirty, but the original version and the perverse content we have grown to treasure is now our secret. 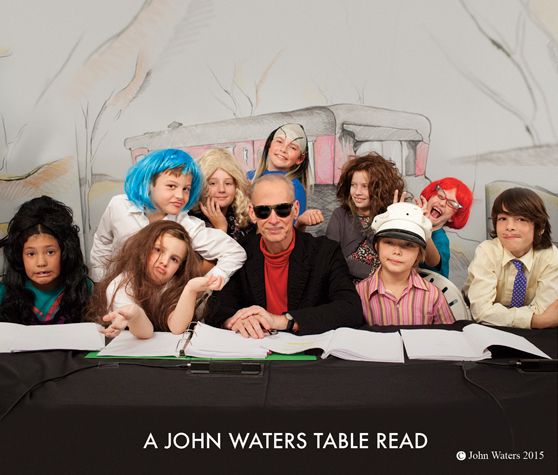 Finally, Crabs, a drawing of the crab lice, is a salute to pubic hair. John considers the crab lice to be an endangered species in the era of pubic hairless genitalia. It has no advocate, no voice, and has been entirely neglected by animal rights activists. If one were to time travel from the 1970s to today, one would basically assume there was an apocalyptic crab outbreak. Poor little crabies. 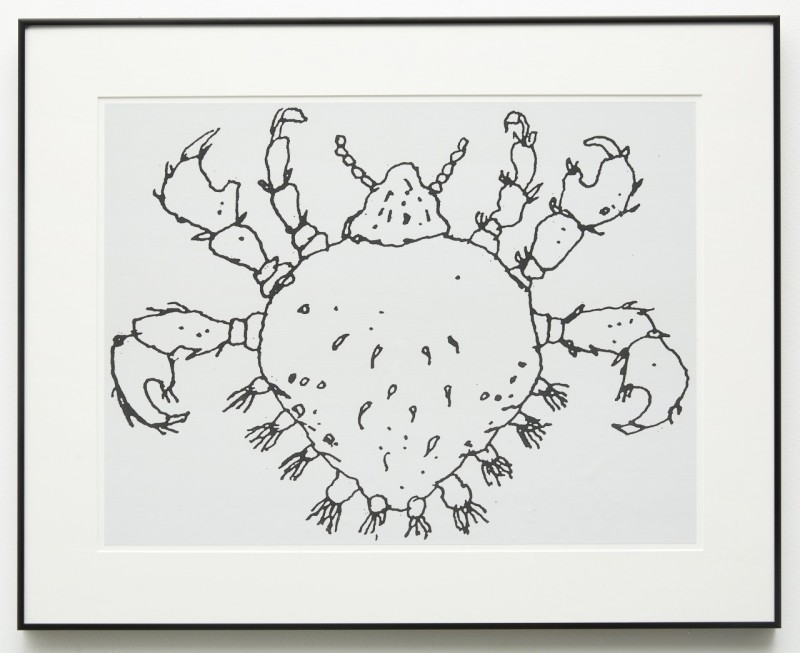