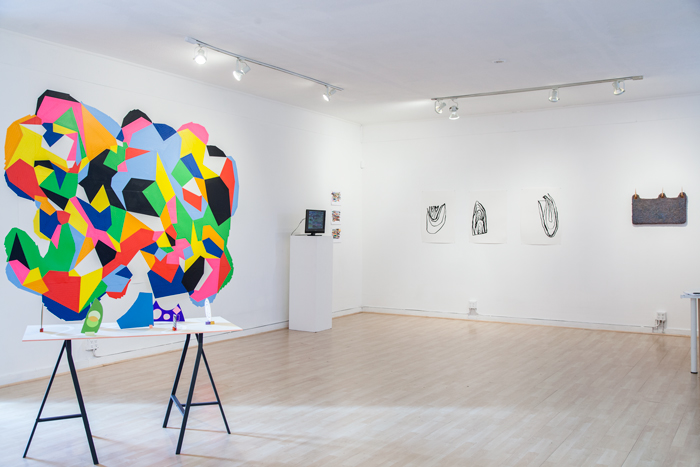 On the fringe of an industrial neighborhood in Oakland is City Limits—a gallery owned, operated, and curated by Evan Reiser and Stephanie Rohlfs, both recent graduates of San Francisco Art Institute. In January the gallery mounted a show called Making Space—a group exhibition to launch their new flat files and online shop. The exhibition featured large scale work by artists as well as examples of what could be found in the flat files and online. They now have a group show up called Mystic Pizza. I have been frequenting their shows since they opened this location in May 2013, and wanted to ask them a few questions about how they work as curators.

LL: In regard to your curating process, do you approach new shows with trust and show work that has not been seen until installation? Can you speak a little bit about this immediacy, as opposed to selecting work already shown or created before proposing the show?

ER: One of the few prerequisites for showing at City Limits is that the work is brand new. And even if it was made a year prior, it can’t have been exhibited elsewhere. I think this creates a unique experience for visitors to the gallery. If you’re already familiar with the artist, you’re at least walking in to something different. There is little mediation between the artists’ concept and execution. Artists rarely behave in a linear, expected fashion. It’s always fun, as a curator, to be surprised, because that means that surprise will probably be shared by our audience.

SR: It’s a little of both. We show new work at City Limits, so we are definitely seeing the pieces come to fruition at the same time the artists do. I think, as we are both artists ourselves, we do approach the artists with trust. Things shift frequently, but we are always open to being convinced. We’ve been fortunate to work with an amazing list of artists, and we would rather be the kind of curators who edit than the kind of curators who dictate. 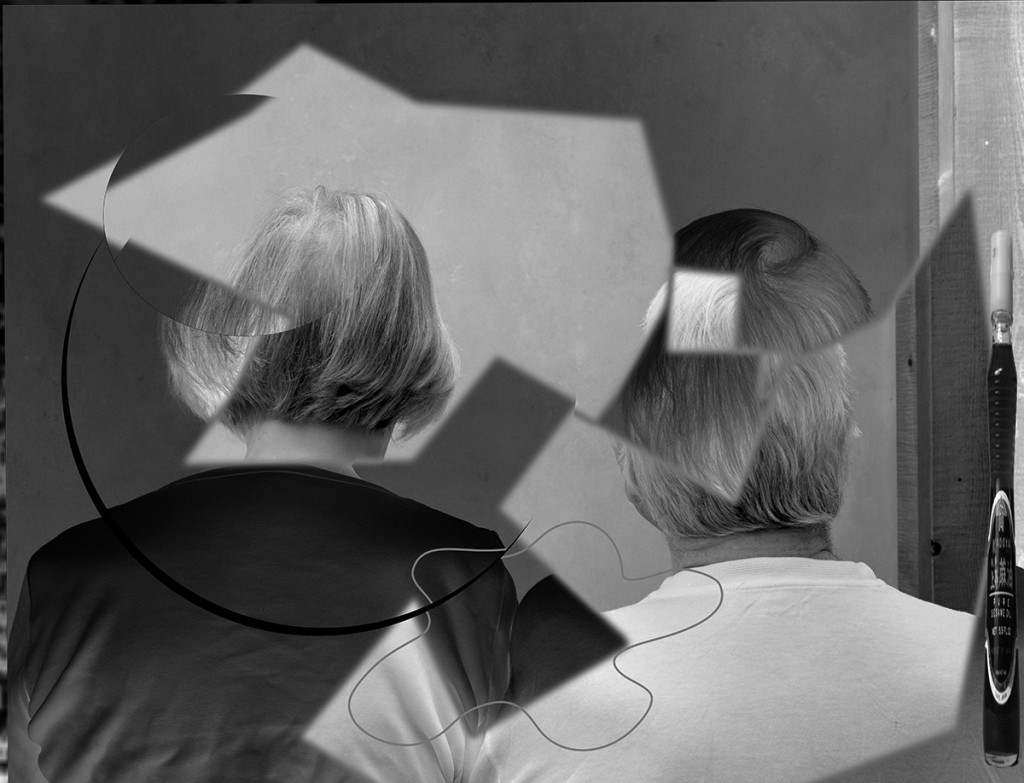 LL: Gallery flat files are nothing new. I think of Pierogi in New York, for example, which has been showing flat file works in exhibitions since the mid-1990s, and in 2009 launched the “no white gloves required” online version. Of course, people have been selling things online for longer than that . . . and art has followed suit. Would you say that the acceptance of buying art online is growing or has it hit a height? What are your thoughts on the business pros and cons (if any) of selling art online?

ER: City Limits essentially works with new artists for every show. Meanwhile, among the dozens of artists I’ve worked with, only a few have had gallery representation at the time of their show. Stephanie and I both have day jobs and our own art careers, and we don’t have the time or resources to provide full representation. The flat files and online shop seem like a good compromise. It’s a market for artists and works we really believe in, and it’s accessible both in person for local collectors and online for those afar. 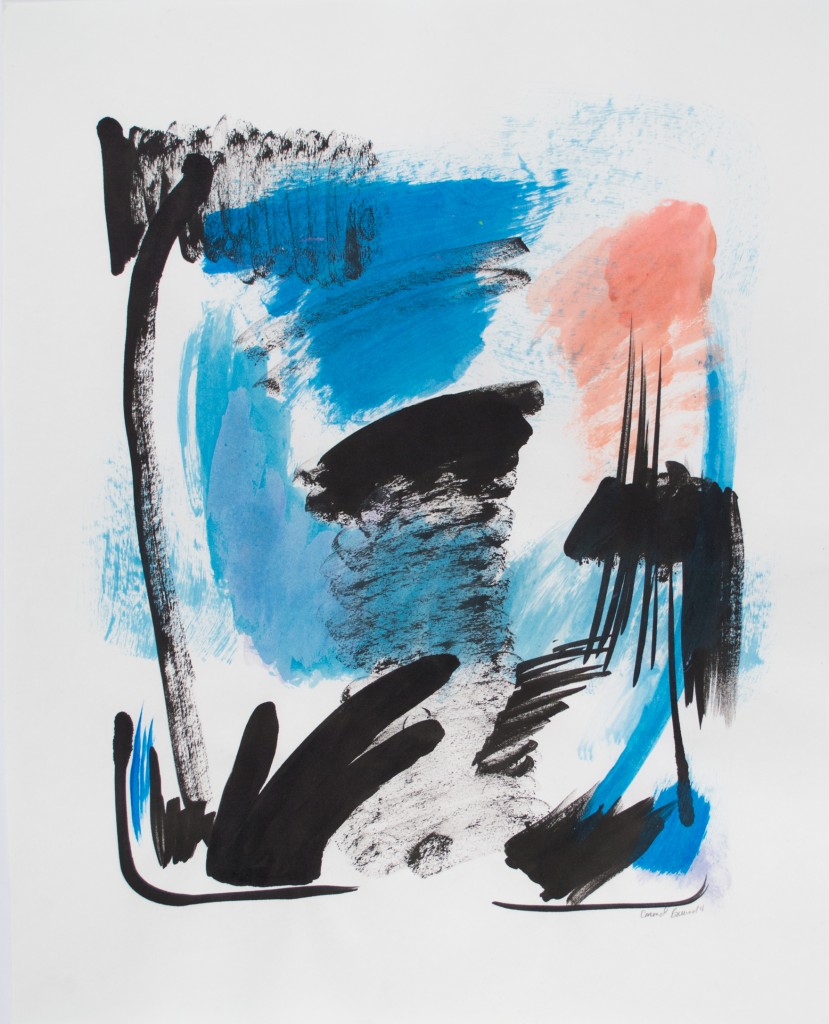 SR: There are a few reasons. First, [the flat file is] a way for us to reach out and work with more artists. There’s only so much room on the walls, but a flat file program can be a lot broader. And of course, it’s a way for us to hopefully increase the gallery’s income (we don’t have any funding other than what we generate). But because the program has such a low overhead we hope this can provide greater financial support to the artists through flat file and online sales.

As for the online shop, we wanted to increase our audience. We get a lot of long-distance traffic to our website from people who will probably never come to the gallery, so this gives them a way to interact with the work. Evan and I both strongly believe in the work being done locally and are excited to share it with a larger audience. At the same time, I wanted to bring in some non-local artists whose work was part of a similar conversation.

I definitely think that acceptance of buying art online is growing. (To be honest, even as someone operating an online store, I still feel I’m not quite used to the idea.) I think the major concern for me was presenting the work in a way that is consistent with how we show work at the gallery, and to not diminish the quality of the pieces somehow by putting them online. But I think it’s important to remember that the online store can also operate as a way for people to hear about the program and then come check it out in person. I also want to say that our flat files are a little bit different than the usual catalog of prints and drawings. Anyone who came to the flat files launch show got to see sculpture, video, and installation in addition to some really strong drawing and collage work, and we are happy to keep that variety going in the files themselves. 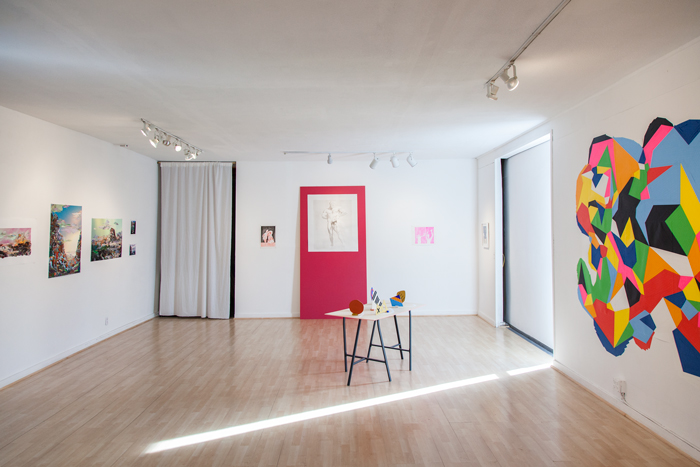 LL: That all really makes sense and to make a show catered to the flat file concept focuses your intentions. I want to ask about the curatorial decision for the current show, Mystic Pizza. The press release cites the funk movement as a departure point for the show: “a celebrated but clearly antiquated legacy.” One wonders if it is warranted to note a movement as “antiquated,” which implies that there are no longer fresh ideas brewing in that legacy ready to re-emerge. An additional disclaimer in the press release notes that the artists’ funk influences differ, although it is not necessarily an objective that artists in a group show come to such agreement. Where does the importance lie for you to compare with other Bay Area art movements?

ER: The cultural legacies in the Bay Area sometimes seem so impossibly distant from the realities of the Bay Area today, and even the art world of today. Many artists have moved away, and there are now generational gaps and interstices. I’m not sure the Mystic Pizza show helped bridge any divides, but I hope it was an interesting context in which to view the exhibition.

My research and historical context instincts deflate. I do read press releases and have written hundreds of them over the years. The best ones always operate beyond the traditional marketing tool. They can serve as something poetic as well as informative and help viewers see the work differently. Searching for a thread here, the bottom line is the gallery’s position that these artists are making some of the freshest work in the Bay Area. Seemingly a bit self-aggrandizing, the language troubles me as an art writer who is expected to come to some similar conclusion or argue against such. Yet I admire the gumption without waiting for media “permission” to state that the work is the “most innovative” the Bay has to offer today. They are dangerous words. Regardless, Lisa Rybovich Crallé’s strange shapes seem to be dance poses that allow close engagement, while Tamra Seal’s monumental stone-like sculpture holds formal forte. Delicate curves meticulously align in the intimate abstract black ink drawings of Courtney Johnson, which counterbalance Scott Hewicker’s large scale and colorful still-life tableau of books, ornate teapots, vessels, and other assorted domestic objects. All weird, all very now.

Luckily, City Limits is championing a visual language, distinct to their curatorial voice. The Bay Area has long been haven for the freaks and geeks, the rogue writers and the misfit inventors, the queer and the prospecting. With that, I agree that the group is a batch of “weirdos” as the press release notes. Not because of their personalities, but because of the curiosity and awe that their work conjures, funk or not. 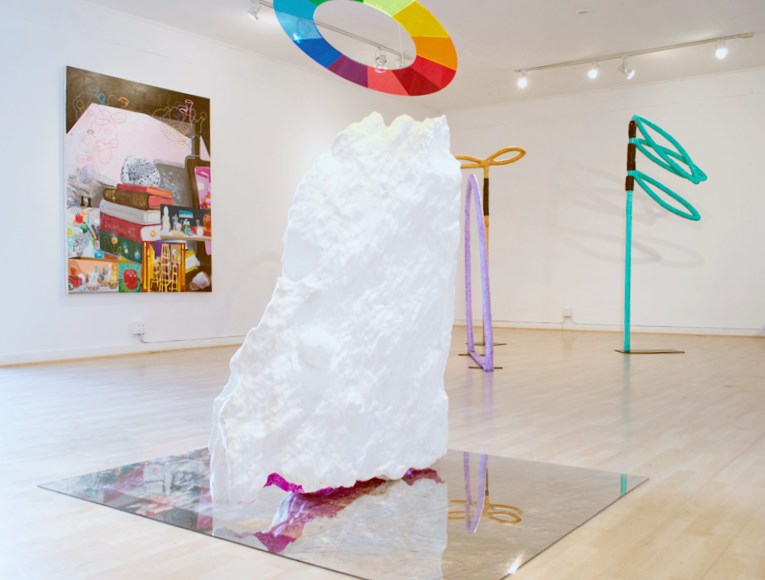