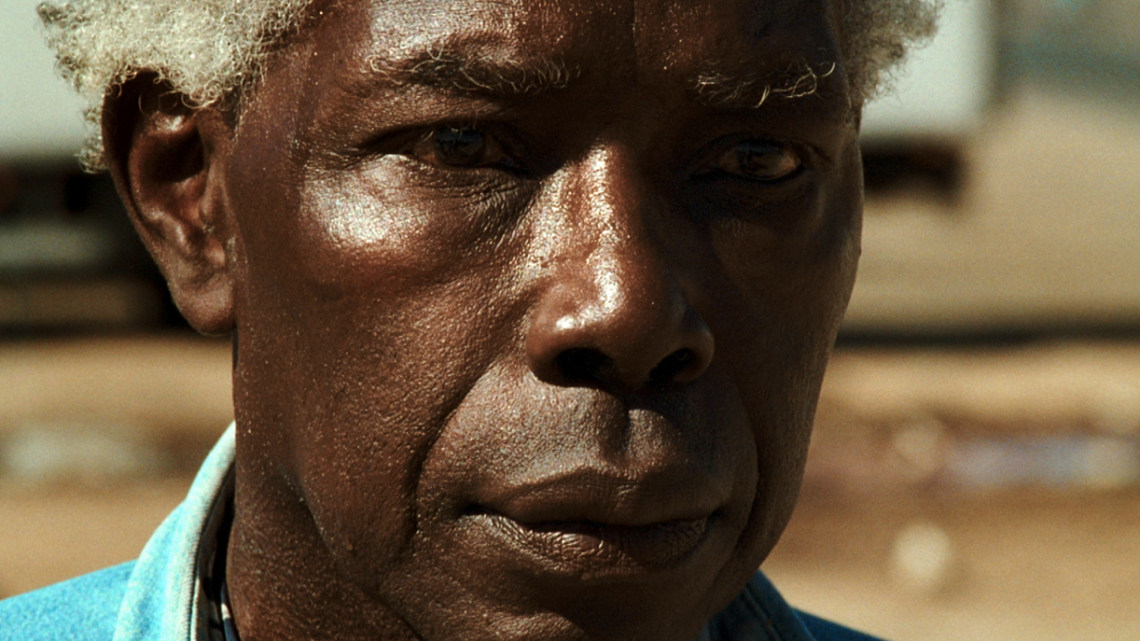 With only four short films to her credit, Mati Diop is already one of the most promising filmmakers testing the edges of documentary and fiction. Her films feel like intimate reveries but function as myths, transforming ordinary stories of loss and risk through an impressionistic rendering of the physical world. Diop employs a raft of techniques to soften up reality and get at its underpinnings in the imagination. Characterization, for one, is the sensuous calculation of bodies in space (a philosophy shared with Claire Denis, in whose 35 Shots of Rum Diop starred before making her own films). Diop likes the low end of the color spectrum, occasionally spiking her deep blues and greens with bleached highs of snow and sun; decentered compositions that blur at the edges and sometimes rest in darkness; lengthy onscreen narrations punctuated by images from some silent elsewhere. Critics for Artforum and Film Comment have noted her tendency to blend illusion and reality, but this doesn’t seem half as important as the feverishness with which her films plunge into the lurch, threading dissimilar formats and spaces to approximate the displacement experienced by her subjects.

They are all exiles of one kind or another. Diop’s terrific debut, Atlantiques (2009), wastes little time establishing the existential stakes of the immigrant’s choice. A group of young men gather around a fire on the beach in Senegal—the smeared low-definition video image inclining towards darkness (Diop has spoken eloquently of resisting the standardization of HD cinematography as “a way of retaining the control and identity of my images”). One of the men, Serigne, has already attempted the journey to Europe, a trip that claimed several lives. In spite of his friends’ protestations, he insists that he will take his place on the next available pirogue. Cut to daylight: relatives tending to Serigne’s grave, a grieving woman’s face. It seems that the young man sitting by the campfire is a ghost, haunted by his unrealized goal. Or perhaps the campfire and the graveyard scenes are simply alternate realities, death being only the most drastic result of exile’s rupture. Rilke might have been thinking of Atlantiques when he wrote in his Dedication to Mademoiselle Sophy Giauque

Our greatest task is this:

to find a written language

which can withstand our tears

and re-create before us

of those who sailed the seas.

If Snow Canon (2011) and Big in Vietnam (2012) seemed comparatively timid in their reliance on familiar art cinema devices, A Thousand Suns (2013) represents a decisive step forward. The film initially appears as a kind of documentary pendant to Touki Bouki (1973), the seminal Senegalese film directed by Diop’s uncle Djibril Diop Mambéty, but the relationship between the two movies proves fluid. Magaye Niang, the actor who played the hipster antihero in Mambéty’s film, now appears as a taciturn has-been preparing for an anniversary screening of his youthful triumph. Diop’s observational shooting style tempts a documentary reading, though her quotation of Touki Bouki’s surrealist-tinged opening—driving steer to slaughter across urban Dakar—cautions against it.

In fact, Niang is playing a lightly dramatized version of himself in the style of Abbas Kiarostami’s meta-fictions. Touki Bouki echoes throughout his errant route toward the screening: the scolding elders of the original are refigured as a nagging wife, while generational conflict again flares up during a taxi ride across town (“In ’68, you mainly thought about new belts, your pairs of shoes, fashion, and you weren’t concerned about the future of the country,” accuses the cabbie). Niang doesn’t seem in any particular hurry to arrive—he stops for a few slugs with friends, a scene savored for its sociological detail—and Diop’s film dawdles as well, with the opening credits only flashing ten minutes into its 45-minute running time. Late for his own screening, Niang saunters through the crowd and tells a group of boys that he’s the man from the movie. They don’t believe him, taunting him that he must be dreaming.

It’s at this point that Niang’s long journey into night begins to take on the flavor of an epic. He leaves a clutch of friends who admonish him for his lack of nerve in pursuing an acting career (a career that would have invariably meant leaving Senegal) and ends up in a nightclub telling his story of unrequited love to two young women—only it’s not his story, it’s Touki Bouki’s. This unraveling of the already ambiguous line separating the actor and his role opens A Thousand Suns to a dreamlike vision of Niang’s life unlived. Curiously, Diop’s film seems closest to Touki Bouki’s liberating mix of fantasy and reality when it is furthest from Dakar—a paradox that speaks volumes of the director’s own complex relationship with the imagined past of her uncle’s film.

The turning point, here as in Diop’s earlier films, is the moment when a character meets the camera’s gaze. By looking back at the camera, the woman listening to Niang’s story breaks the containers of fiction and documentary and exhorts the film to go its own way. In so doing, she joins the mourning woman of Atlantiques, the sexy babysitter indulging a fantasy in Snow Canon, and the actor examining his own reflection in Big in Vietnam. Icons of tenderness, grief, desire, and doubt, these seemingly peripheral figures are in fact the beating heart of Diop’s cinema. 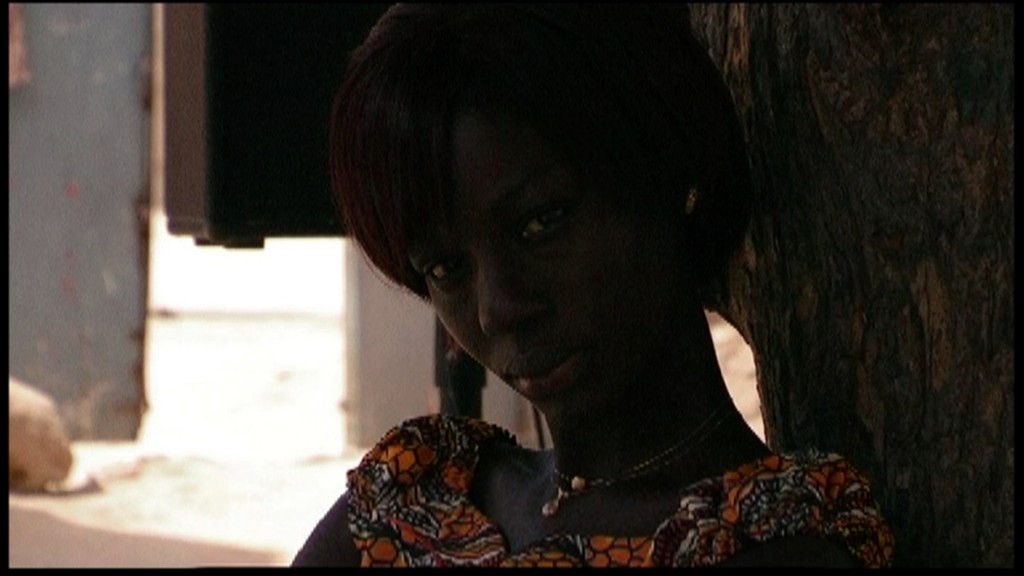 Next post It Gets Beta, Andrew Kuo and Scott Reeder at Marlborough Chelsea, New York