The SFAQ [Project] Space opens on March 13 with Comforter, a group exhibition curated by Petra Collins featuring work by Carlotta Kohl, T.V. Wade, Claire Milbrath, Nguan, and Petra Collins. Comforter explores the binaries of home/transience and sanctuary/chaos, and how we experience these dualities in contemporary life.

Collins: Winter really gets me sad and depressed—it’s so cold and dark and most of my time is spent inside—so all I’ve been thinking about is the space I inhabit and its impermanence. When will I move, what stuff will I take with me, how can I make myself comfortable where I am? Living in New York trains you to treat everything as transient, especially where you live. I grew up in a suburb and then moved to the city and in both spaces I have had this despondent feeling that out of the tranquil sanctuary called home would come chaos; that at any minute things could just change—and things did change and will continue to do so.

Petra Collins is an artist/curator living in NYC. She is the founder and curator of The Ardorous, an online art collective showcasing work by emerging female artists. Shooting from the age of 15, her images are fueled with self discovery and femininity that explore the complex intersection of life as a young woman online and off. Collins’s images offer an unflinching honesty, exploring the privacies and publicities of growing up as a woman at a moment when female bodies are ubiquitously hyper-mediated by Photoshop and social media. Collins has curated a handful of shows: Gynolandscape & Pussy Pat in NYC, Strange Magic in L.A, and Literally Bye in Miami for Art Basel. She has also given lectures at educational and art institutions such as York University and The Art Gallery of Ontario. Her work can be seen in publications such as I.D., Dazed & Confused, Vice, Purple, Interview, Garage, and more. Currently, she is wrapping up a short film series about teen dancers called Making Space, and has a curated book published by Random House out June 2015.

Carlotta Kohl is an artist born in Germany, living in New York City. Kohl works in different mediums such as photography, film, and sculpture. Kohl explores the perceived dark side of female sexuality and expectations placed on young girls.

Claire Milbrath is an artist living and working in Montreal. Through photography and painting she deals with themes of homoeroticism, childhood, and humor. She is also the editor of Editorial Magazine.

Nguan’s photographs are about big city yearning, ordinary fantasies and emotional globalization. He was born and raised in Singapore and graduated from Northwestern University with a degree in Film and Video Production. Nguan’s first monograph, Shibuya, was named in PDN Photo Annual as one of the best photo books of 2010. His second book, How Loneliness Goes, was called “a masterful color portrait of quiet urban lives” by American Photo in 2013. The work was presented as a solo exhibition at the 2015 Singapore M1 Fringe Festival, and a selection of images from the series was part of a group exhibition in 2014 by Hong Kong’s leading contemporary art institution Para Site. Nguan’s work has been featured in contemporary art journals such as Kaleidoscope and Leap as well as street art bibles Arkitip and the Vice Photo Issue. Nguan’s photographs are in the permanent collection of the Singapore Art Museum.

T.V. Wade is an artist from New York City.

For a full listing of exhibitions, talks, and events at the SFAQ [Project] Space, please visit our calendar. 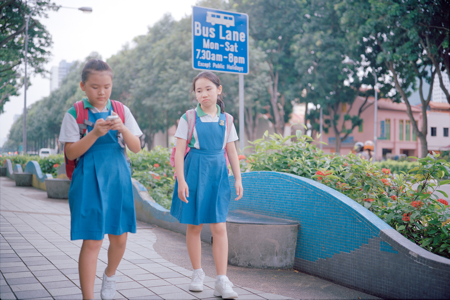 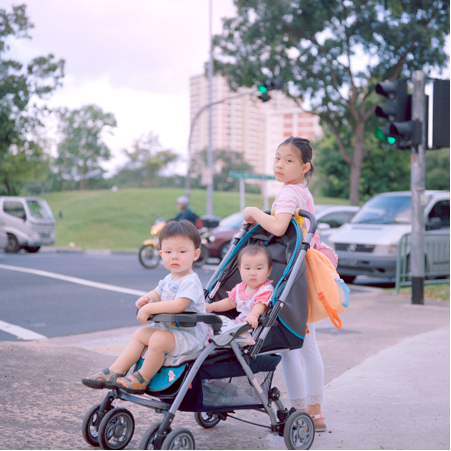 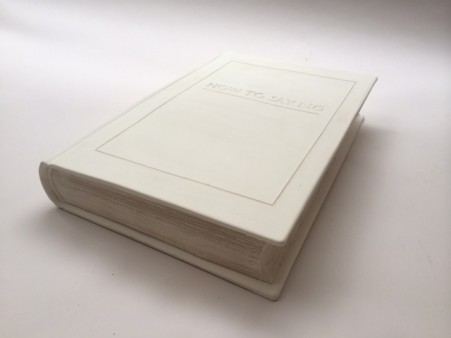 Carlotta Kohl, How to Say No, 2015. Ceramic. Courtesy of the artist. 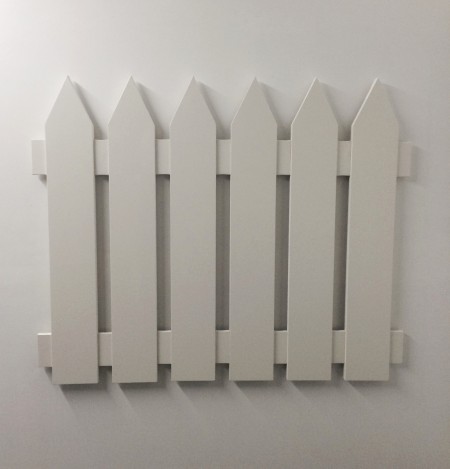 Petra Collins and Claire Milbrath, Was Never Okay, 2015. Wallpaper. Courtesy of the artists.