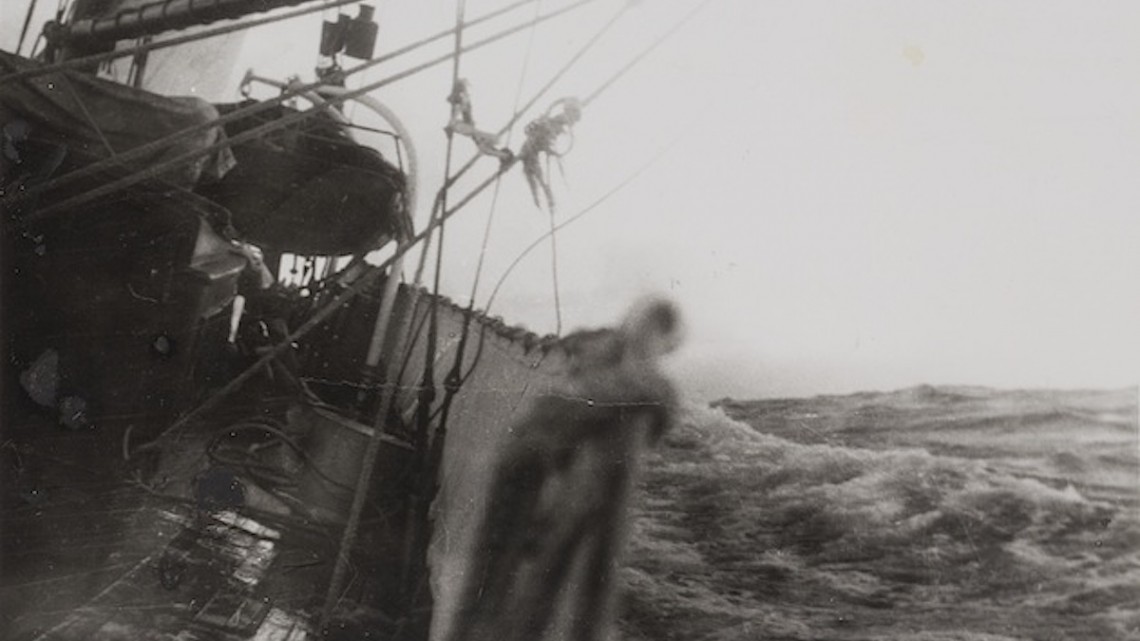 Bas Jan Ader, Untitled (In Search of the Miraculous), 1975. Vintage gelatin silver print. 5 x 8 inches. Purchase made possible through a gift from Robin Wright and a partial gift of the Steven Leiber Trust. Courtesy of BAM/PFA.

In early February 2015, I met with UC Berkeley Art Museum and Pacific Film Archive adjunct curator Constance Lewallen and assistant curator Stephanie Cannizzo in the now-closed galleries (BAM/PFA is preparing for its move to its new building in downtown Berkeley, slated to open in early 2016). They were opening and examining the contents of Steven Leiber’s conceptual art collection, recently acquired from the estate of the late art collector and dealer. It was the beginning of a yearlong process, which will culminate in an exhibition and catalog to celebrate BAM/PFA’s conceptual art holdings in 2016. The Leiber Collection is just one of the many crown jewels of the institution’s holdings of this nature (Tom Marioni’s Museum of Conceptual Art archive and the Ant Farm papers among them), but this is a significant addition, one that boosts BAM/PFA to the forefront of conceptual art research.

Larry Rinder, director of BAM/PFA, will curate the inaugural exhibition, which will occupy the entirety of the new space. Following that, there will be a series of shows relating to the collection, including one dedicated to conceptual art. The new museum is planned to open in July 2016.

Before that happens, boxes await unpacking, the contents accounted for with a checklist—each examined, mulled over, judged as to whether the items fit into the loose framework of the project, and decisions on whether an item merits immediate separation for photography. Witnessing the two legendary curators undergo the throes of discovery during the initial examination of the new acquisition imparted a curatorial contact high.

Adjunct curator Lewallen explains the process: “What we’re trying to do is figure out a way to make a wonderful show that will include a lot of Leiber material, but not exclusively, and put it together in some way that makes sense, gives it some kind of coherent whole. You can only do that by looking, thinking, and making notes. There will be a publication. Our immediate task is to figure out what we need to have photographed, before we even know what the show is. We have a deadline by the end of the month for that, so we have a lot of pressure on us. We’re not even sure how much space we have. We know we have one particular gallery, but there are some other possible spaces that haven’t been assigned. For instance, we’re hoping to get a room where we can show the ephemeral material—mail art and things like that—but we don’t know for sure yet.”

The nomenclature of Leiber’s still-functioning website, stevenleiberbasement.com, is an apt depiction of the collection’s habitat during Leiber’s lifetime. He lived for many years with his grandmother in San Francisco’s Marina district, the collection residing in an inviting, yet dungeon-like, garage and basement. It was, in short, a wonderland for the admirer and collector of challenging and mostly unheralded art. It was certainly the finest repository of conceptual and performative art practice in the hands of a private art dealer in the United States. His strong suit was material from the sixties and seventies, when the artistic currents of conceptualism, performance, video, sound, installation, land art, et al., were first gaining momentum. Leiber’s sources for this material were legion, legend, and far flung. 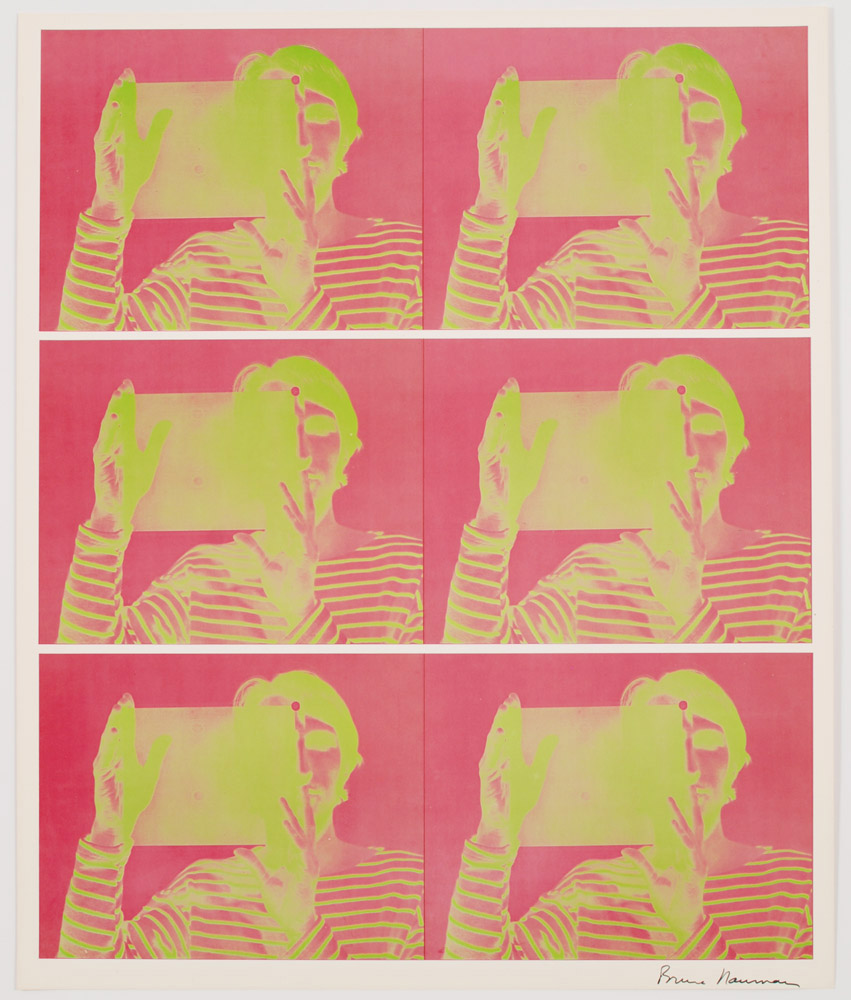 Witnessing the collection’s relocation to BAM/PFA closed a long circle of history between myself and Leiber, who I had been visiting since the late eighties. He was the only dealer in the United States interested in my field of Mail Art. He was an active collector of Ray Johnson’s when he was “the most famous unknown artist in New York.” In regard to Fluxus, Leiber was an early champion of the once scorned movement in the marketplace, assembling a model collection that gave increased recognition to George Maciunas and company when it was sold to the Walker Art Center in Minneapolis, where it morphed into In the Spirit of Fluxus, the first major museum exhibition in the United States of Fluxus. The attendant reviews and excellent catalog distributed widespread information on the previously obscure art activity.

Leiber bought from all the Mail Artists in the Bay Area that had been active in international networking circles in the seventies. He was fair in his dealings in a field that had a laughingly small emerging market. He had an eye for a work’s presence in an international context, and he was able to price it in relation to his wide knowledge of associated works. He was not dealing as much with the completed artwork as with the ephemerality associated with it—exhibition posters, catalogs, artist books, multiples, correspondence, periodicals, postcards, exhibition announcements, advertisements. His exhibition and accompanying book Extra Art: A Survey of Artists’ Ephemera, 1960-1999 brought this aspect of creative marginality to the fore.

Included in the acquisition are some 1,000 reference works devoted to the field. They will be housed in the Steven Leiber Conceptual Art Study Center, which, as Cannizzo explains, “will be part of a larger center called the Works on Paper Study Center, what we now call in this building, Print Storage, which has prints, drawings, and photographs. It also has the conceptual art archives, and it will also have historical Asian works on paper. There are three distinct collections in this building, and in the new building it will all be part of the space.”

Leiber’s legacy does not end there. His holdings of difficult, often unacknowledged art were vast, and the BAM/PFA acquisition represents only one facet of a very deep pocket of scarce materials, the disposition of which is being determined by his trust.

Outlining the scope of the collection, Leigh Markopoulos, Leiber’s wife and member of the trust, states that, “Steve never thought of what he had as a coherent collection. He thought of it as different strands of activity. Fluxus is a self-contained unit. The conceptual collection, which Berkeley has, is another self-contained unit. When we looked at what was there . . . there were eight or nine sub-collections. The first to go were the artist’s LPs, which went to MoMA [New York], together with what we are calling the Ephemera Collection, which is everything Steve lent in the Extra Art exhibition.” Other collections are composed of Mail Art, visual poetry, and artist’s multiples.

On top of her rigorous academic schedule, Markopoulos oversees the ongoing online enterprise stevenleiberbasement.com, which Leiber established and operated with his long-time assistant, artist Elisheva Biernoff. It remains one of the few sources for the type of unique materials that Leiber accrued. In addition to the museum collections that are being formulated and dispersed, Markopoulos envisions adding to and upgrading the online site.

The Bay Area has a rich history in conceptual art. The Steven Leiber Conceptual art collection places our local heritage into an international context for the benefit of scholars and artists alike. In his role as an adjunct professor in the curatorial studies program at California College of the Arts, Leiber inspired a new generation of curators, many of whom are still locally active and influencing the course of our cultural climate. The collection will be of equal importance when it becomes available for examination. His was a prescient psyche formed by intellectual rigor, tenacious energy, and a closeted artistic disposition. The Bay Area has its share of storied collectors—the Andersons, the Fishers. Add Leiber to the list.

A small selection from the Steven Lieber Basement:

Previous post Capturing the Sublime in a Grain of Sand: Night Begins the Day at Contemporary Jewish Museum