Capturing the Sublime in a Grain of Sand: Night Begins the Day at Contemporary Jewish Museum 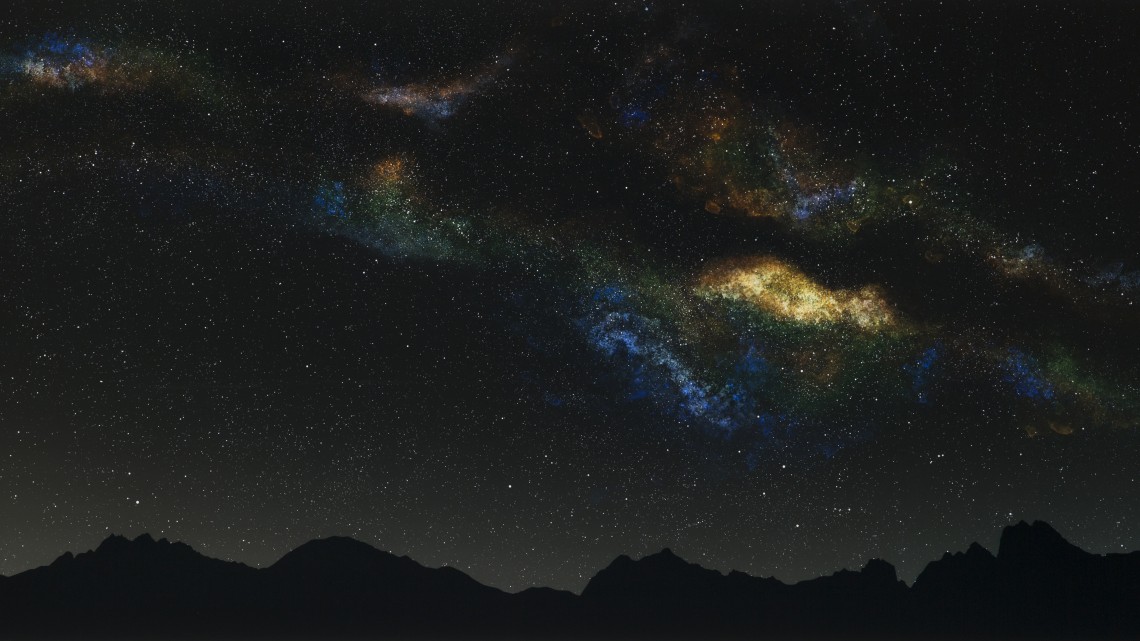 The present exhibition at the Jewish Contemporary Museum heralds a new era in the history of the decade-old institution, being the first major exhibition by Chief Curator Renny Pritikin, who was hired a year ago and is just now putting his stamp on the Museum’s evolving agenda. Co-curated by Associate Curator Lily Siegel, Night Begins the Day: Rethinking Space, Time, and Beauty, tackles the big issues, perhaps the largest issues, in contemporary creativity. “What is our relationship to space, time, and beauty in an age dominated by information, uncertainty, irony, and powerful but untrustworthy images? This exhibition is one response to that,” writes Pritikin.

It is a dark and moody exhibition, befitting the overriding nighttime metaphor summoned throughout the exhibition, and prompting us to don a meditative mantle while contemplating the work of the 25 participating artists. Working in a multitude of mediums including photography, video, sculpture, installation, painting and collage, you could say that every artist attempts the sublime—that’s their job—mulling over a subject and shaping it large, leading the viewer to a higher level of awareness and knowledge. It’s just more evident here. When you are dealing with the totality of the universe, physically recording the passage of time and capturing the grandeur of natural and unnatural phenomena, you can’t help but grapple with the big issues that confront each and everyone

And grapple they do. Local photographer and videographer Lisa Blatt undertakes rugged travel to capture the elusive enduring moment. Her looped video, clearest lake in the world, was recorded in Patagonia in southern Argentina, in a remote and desolate area with a preserved natural setting distanced from light pollution. Her camera, pointed downward into an unspoiled pool of water, captures the night sky in all its shimmering and rippling glory, hinting at the transience that binds us.

The lens is focused upwards towards the heavens in the photographs of Vanessa Marsh. Hers is a nighttime sky arrayed with stars, from which she explores, “the intersections of man made, natural and cosmological power through a mixed media process based in photography.” Her artistic struggle occurs in the darkroom, where Marsh envisions the nighttime as a perpetual Aurora Borealis. They are stunning photographs that convey an unnatural grandeur. 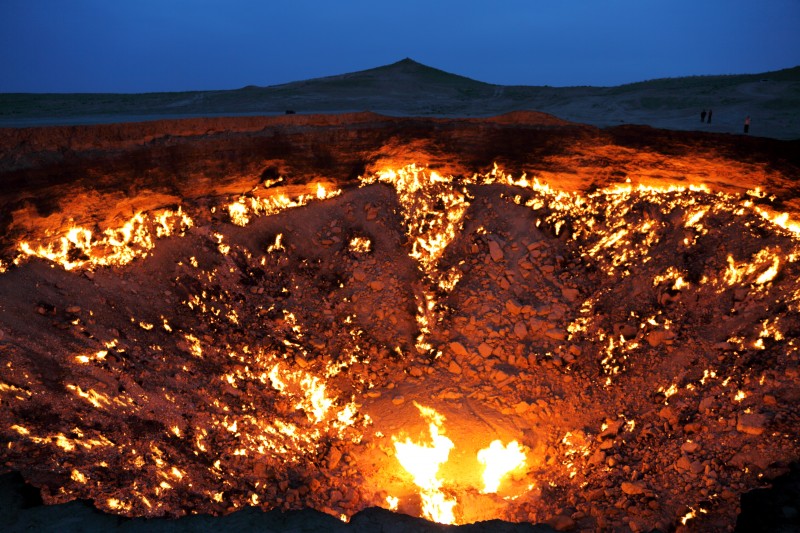 Marsh’s phantasmagoria is contrasted with documentation of geographical reality in an ongoing Russian natural gas eruption captured by flydime’s, The Door to Hell, Gas Crater Turkmenistan, fire, which places us into a fiery pit that has been spewing for the past fifty years. Whether created by man or nature, the sublime is inscrutable until the artist isolates a moment in an ongoing stream of events, revealing everyday fragments as unique representatives of deeper meaning.

Rather than slogging off to Patagonia, or placing oneself in a smoldering pit in Turkmenistan, other artists in the exhibition struggle with the persistence of timely duty. The sublime is not always captured in a flash of momentous beauty, but in the diligence of patient pursuit. Two of the artists in the exhibition bear this out. Katie Paterson, a Scottish artist based in Berlin, puts forth the Dying Star Letters, 118 posted letters and envelopes sent from 2010 to, among others, her gallery Haunch of Venison in London, England, informing her correspondents of the death of yet another star in our universe. It is, in effect, a mail art project, based upon scientific inquiry reflecting a singular fascination played out over time. Peter Dreher, a German painter, also employs long durational artistic practice in his series, Tag Um Tag Ist Guter Tag (Day by Day, Good Day), which he has been engaged in since 1974. The exhibition displays 80 of the 5,000 10” x 8” paintings he has created over 40 plus years. The image is always of the same subject: a water glass placed against a white background painted from the same vantage point. Marking the passage of time on a singular object, while incorporating the various reflections effected by changing light and environment, Dreher attempts to capture the sublime in a grain of sand.

This is an ambitious exhibition, drawn from a pool of established and emerging artists both local and international. Curators Pritikin and Siegel have undertaken a rigorous agenda in conceptualizing “Rethinking Space, Time, and Beauty.” Like the artists themselves, they have reached far and wide for divergent thought on the subjects at hand. Using the Hebrew world yir’ah, implying fear, awe, love and beauty, as a point of departure, this is an ecumenical exhibition that soars to the sublime, well beyond established dogma.

Visit CJM’s website for more information on a number of related programs, which expand upon the themes raised by the show.