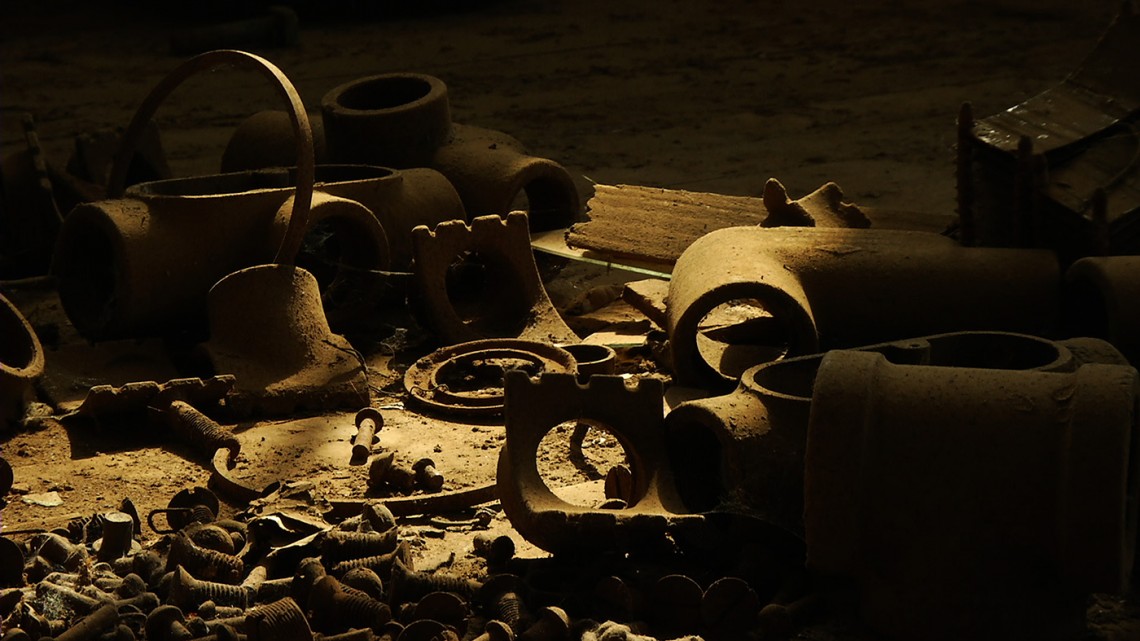 Willed into existence by sheer force of industrialist conviction, and funded by US greenbacks, Fordlandia was a disaster to the tune of $20 million dollars.[1] This speculative venture was representative of a man obsessed with imposing his philosophies on his employees, even in their homes. Unsurprising for a man who employed a secret moral police to investigate his employees’ personal habits, he tried to control his Brazilian workforce by forbidding drink, tobacco, and women in Fordlandia. He made the Brazilian workers eat unfamiliar American foods, enforced an American 9-to-5 factory work schedule incompatible with a tropical climate, provided English romantic poetry readings, and built Midwestern-suburban style homes for the Amazonian workers. They even installed front lawns and a golf course in the Amazon! 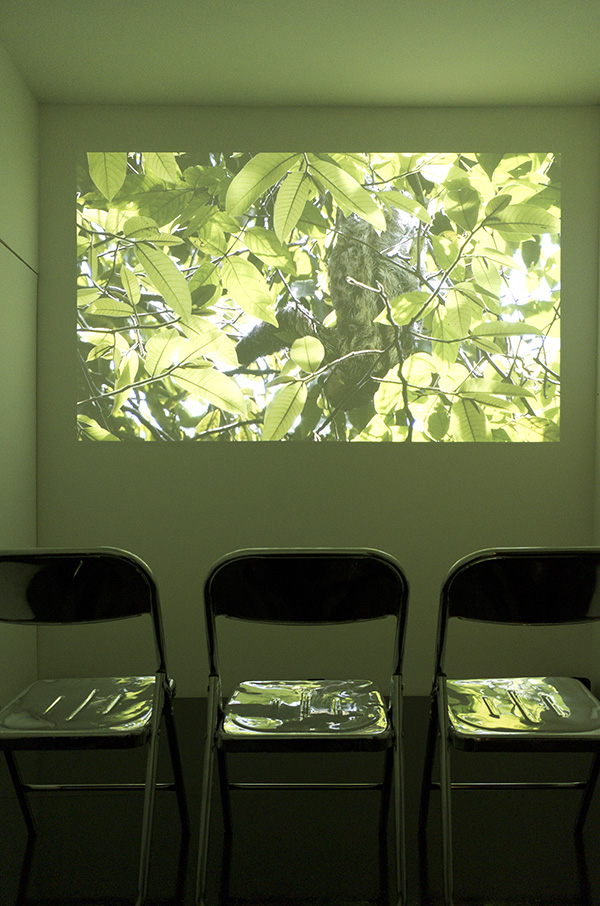 In what would prove to be a fatal effort to maximize productivity, the rubber trees Fordlandia was meant to cultivate to provide latex for the tires of Ford’s automotive empire were planted too close together. The trees became sick and died, forcing Ford to shutter the project and sell the land back to the Brazilian government at a huge loss.

In contrast, artist Melanie Smith’s open approach to Fordlandia (2014), a single channel video about Ford’s doomed tropical factory-city, distills images of Fordlandia to essential fragments—human, animal, vegetable, and industrial—to then compress them all onto the same cognitive plane. By treating the subject of every shot the same and showing only pieces: a tail, a feather, a toenail, a thigh, a leaf, she maintains a constant state of present-ness, the same state of mind that she says nature resides in [2]…the antithesis of Ford’s forward thinking industrialist ambitions. 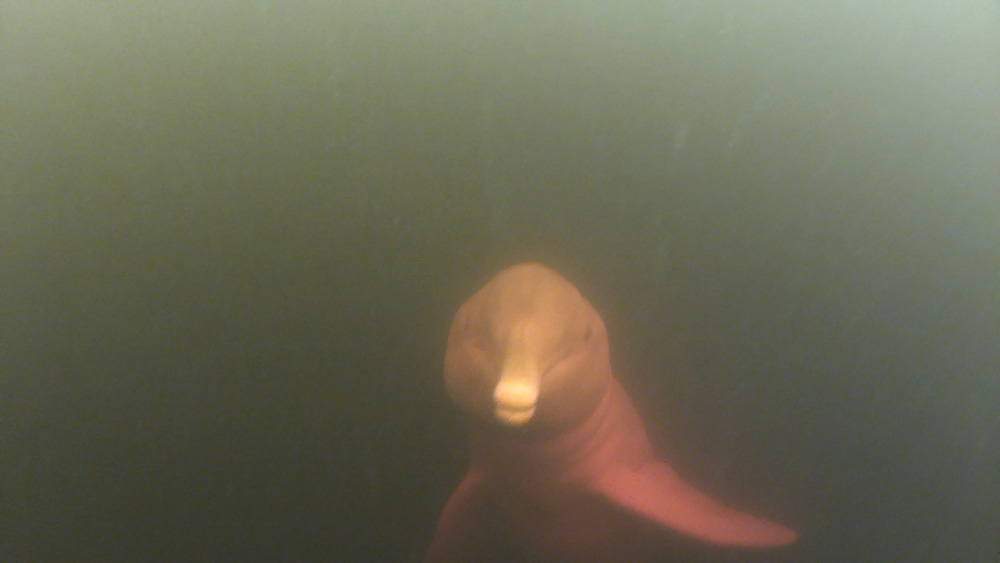 A flashlight searches in the dark settling on an indistinct slimy mass. The camera closes in and the vertical slit of a reptilian pupil reciprocates the gesture, focusing the viewer in its own gaze. A crocodile. Suddenly the powerful animal lunges away and disappears.

Smith’s Fordlandia prioritizes the viewers’ feeling of experiencing Fordlandia over narrative description. The stream of jump shots seem to refer to the hallucinatory experience of being in the jungle, the deliriousness of the contrasts, the decaying urban parenthetical phrase in the middle of the rainforest. The camera shakes and shifts focus like a visual diary, communicating everything from the heat to the deafening roar of insects the size of a sandwich, perhaps channeling the spirit of 19th century British explorer Percy Fawcett who famously and mysteriously disappeared in the Brazilian Amazon while searching for El Dorado. 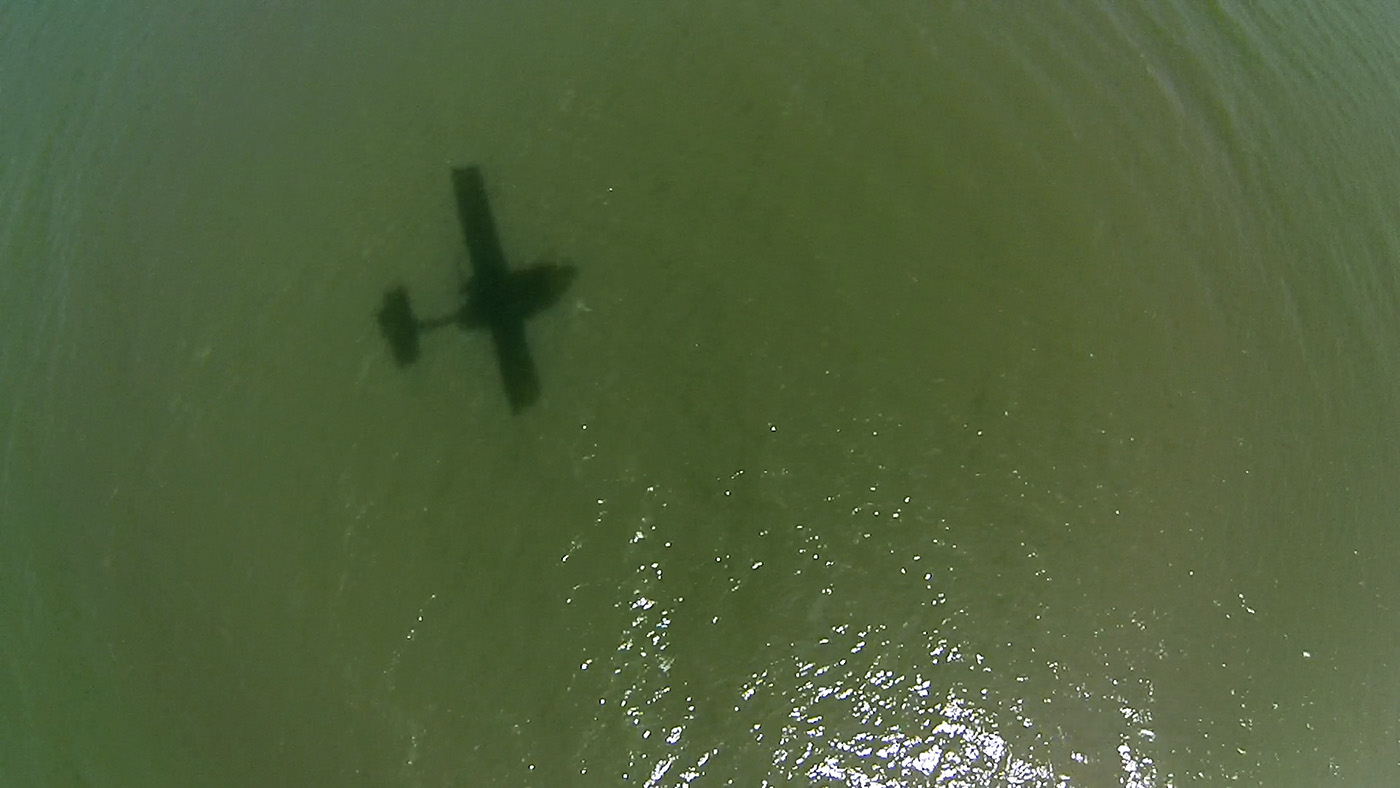 Instead of hunting for a lost city of gold, she’s sifting through Ford’s wreckage, looking for clues that tell us about who we are and where we might be going. If the cities we build reflect the values of a civilization, what can a failed city tell us? Is there something we can learn from modernity’s scar on the rainforest?

Smith does not concern herself with communicating the narrative of the history of Ford’s Fordlandia. Instead, she uses montage, stringing together intimate close-ups with occasional sweeping views. The film jumps from a twitching nose of a sleeping man, to a parrot’s tail, to rushing water, to decrepit factory windows, to a single nail of a lady’s manicure. Take by take, she moves between subjects, ultimately relying on the experience of the viewer to mentally piece together the experience of Fordlandia as a whole. In the project’s accompanying publication she observes, “it’s all macro or micro, there’s no in-between.”

Linkages are hinted at without being overtly expressed; even the sheer remoteness of Fordlandia is only insinuated. Occasionally disconnected audio and visuals are mixed—a tactic that both plays with surrealist stratagems of disassociation and infers connections. The dripping sound of harvesting latex sap with an aerial view of deforested land: the roar of insects with footage of the factory. 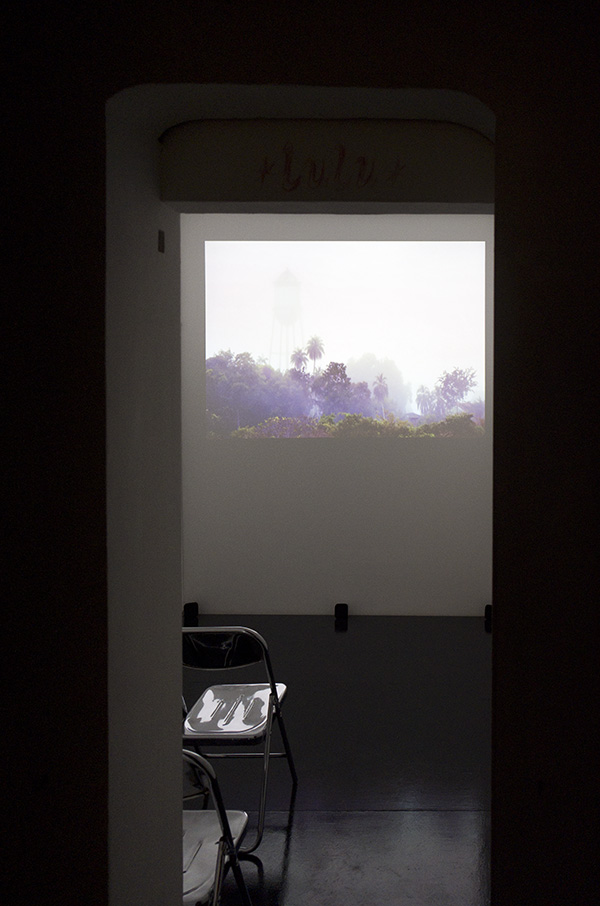 Pieces standing in for and relating to a whole is a frequent theme in Smith’s work, as well as urbanism and colonialism. Orange Lush (1995), a series of collections and photos of orange foreign plastic consumer products that flooded the Mexican economy in the nineties, captures a specific moment in Mexico and questions its consequences. In a somewhat similar vein, Smith’s Aztec Stadium (2010) explores how collectives can generate a whole when 3,000 students held up stadium cards forming mega mosaics of famous imagery from art history, Mexican history, and contemporary Mexican pop culture.

Though she is “leveling the hierarchies” [3] between the opposing forces of human and nature, she is doing so in a place where nature has already overtaken industry. There is no tension to subvert between nature and industry because this match is over. The historical distance from the present implies there is less at stake, like an inquisitive hallucination through a curious ruin.

Fordlandia is symbolic of the 20th century Fordist conceptual division of time between work and recreation, and the global exportation thereof. And contemporary raw material extraction is still where the rubber meets the road of the global economy (pardon the pun). But is our relationship to industry and the Earth today not a great deal more complicated, more slippery?

Ford’s Fordlandia is beautiful precisely because of its failure, but what about the “Fordlandias” operating today, like Foxconn or EUPA? How did the lessons from Fordlandia’s “failures” contribute to the “successes” of today’s facilities? What about new disruptive technologies that rely on semiocapital and virtual workspace—the abstract “Fordlandias”? At the risk of romanticizing poverty and exoticizing the Other, we have to ask, what is the difference between progress and colonization? How much appetite for destruction and exploitation do we have to bring select others out of poverty? Or how much appetite do we have for personal “poverty” so that we can live sustainably? 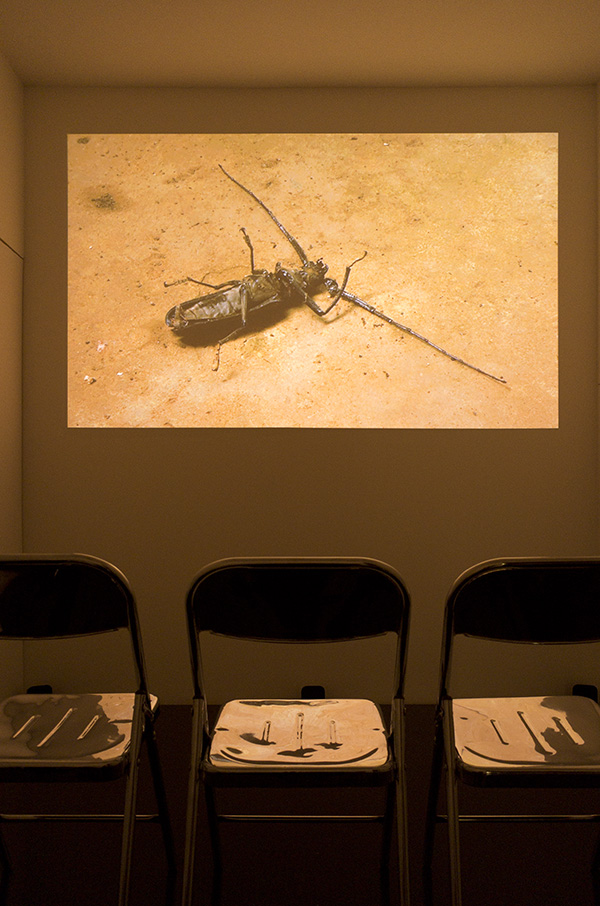 By giving man, animal, industry, and nature equal priority, Smith offers a sense of ecological optimism at a time at which, climatologically speaking, the stakes have never been higher. Maybe she is suggesting hope during a moment that we might look back at and recognize as the turning point in global climate change. It’s possible that she sees in Fordlandia’s failure an opportunity to return to the garden from which we’ve expelled ourselves.

Smith’s Fordlandia never pretends to offer solutions to the global industrial manufacturing complex. Perhaps it’s best to let Fordlandia be what it is: a beautiful inquisitive visual and sonic journey through a surreal ex-industrial tropical wonderland most of us will never have the opportunity to see in person. But, by taking a dreamy approach to guiding us through Fordlandia, Smith can at least ask us to broach these subjects for ourselves.

Next post A selection of openings, San Francisco and East Bay