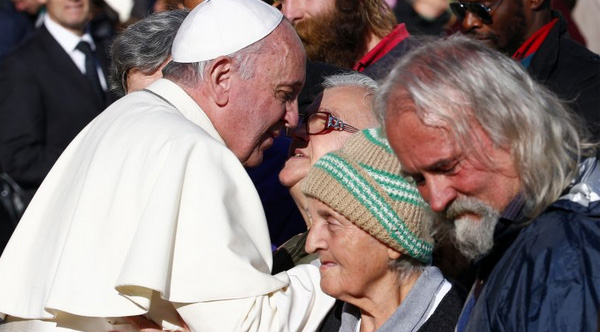 In his first visit ever to New York City, Pope Francis – coined Pope of the People – spent Friday and Saturday afternoon feeding the homeless within the massive traffic jams along 5th Ave and Broadway. As subways, buses and taxis sat in gridlock, Pope Francis served up hearty meals of baba ganoush, horsemeat and romaine salad. Because of security measures, forks and knives where not permitted.

Mayor Bill de Blasio, a long time pen-pal of the Mr. Francis, heralded the event as “a time when every New Yorker could get together with the pursuant purpose of peace”, while local cab driver Antonio Rodriguez described the occasion as “a real pain in my ass” and Uptown 6 engineer “a fucking nightmare”. Sister Murphy, a nun of the nearby St. Patricks Cathederal on 5th Avenue and 51st Street, was apprehended and is awaiting trial after allegedly stabbing through a crowd of orphans standing on line to witness and maybe meet his Holiness. “Man, it was a lot of people” she said, cleaning the blood from her Saint Laurent crucifix necklace.

TKG: Your Popeness, I’m with SFAQ…or maybe it’s NYAQ now, or just AQ, nobody knows, but listen, people call you “the hip Pope”, and “the Pope that don’t give a Sh—Nope”, what do you make of these labels?

PF: Let’s face it, the Catholic Church was going down the shitter, somebody had to do something to make it seem relevant again. And I actually prefer pubic hair, so that immediately eliminates me from a lot of my colleagues. You know that Black Sabbath lyric, “He was turned to steel in the great magnetic field, When he travelled time for the future of mankind, yada yada?”

TKG: From Iron Man, yes, what about it?

Tom McNeil, a homeless WWII vet, was questioned by Tony “Knuckles” Gabarino on his opinion of the Pope and what he thought of the holy feast. “I gotta tell ya,’” as he cleaned his fingers along the fabric of his denim pants, “the food is subpar but as far as the Pope goes, well, shit, at least he ain’t a Nazi.”

We tried to reach the renter of Pope Francis’ airbnb, but they refused our request. 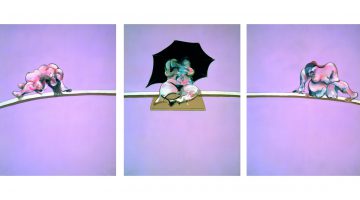