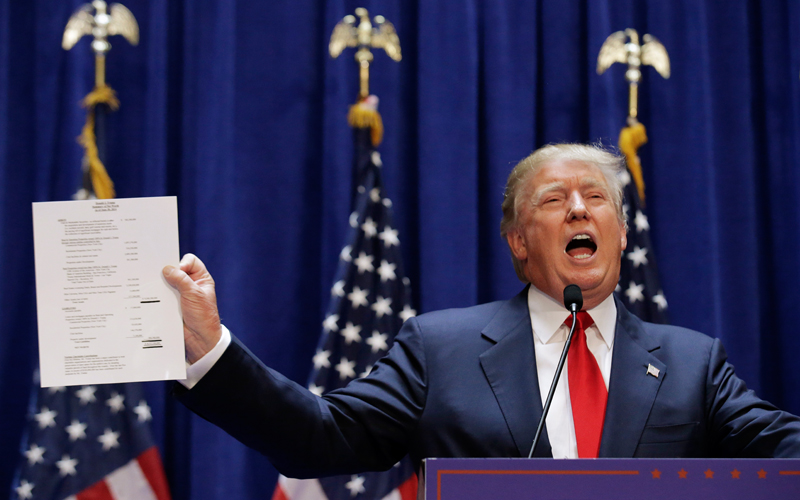 TMZ reports that Ricky Martin, an award-winning father of 12, is the latest recruit in a national task force to murder or severely mane GOP candidate Donald Trump. This comes shortly after Donald Trump’s scuff with Univision journalist Jorge Ramos at a press conference last Tuesday, during which Trump had Mr. Ramos escorted out of the room by who appeared to be three men wearing white bed sheets and pointed hats.

As Trump’s private security dragged Mr. Ramos by his left ear, Donald pointed to Jorge and cackled to a crowd of sedated journalists “Go back to Univision!” which Ricky Martin says “Is a Trumpism for ‘Go back to Mexico’”. 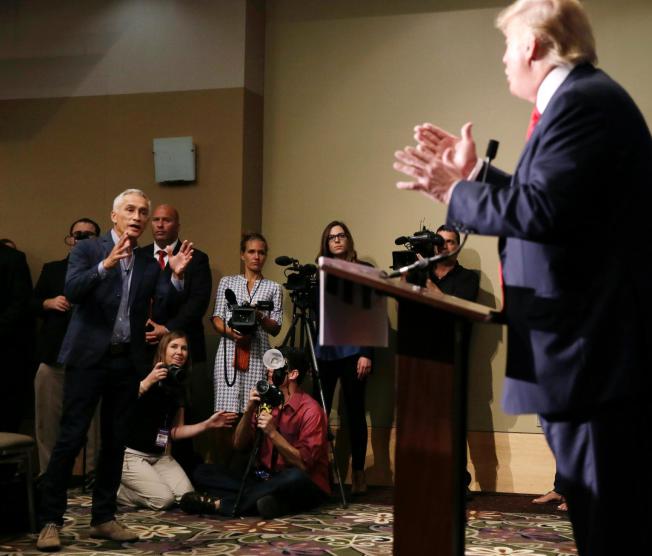 As Mr. Ramos wrestled off site with the hooded security, Trump called on hard-hitting journalists, including 11 year old Timmy McGee, a senior reported for Nickelodeon.

McGee: What will you do about securing America from stranger danger?

Trump: You mean Mexico? Well I’ll tell you sir, I’m gonna build a wall so freakin’ big they can’t climb over it! So big we can tax the birds!

McGee: Couldn’t they just dig a hole under it?

The national task force to murder or severely mane Republican candidate Donald Trump, or OPERATION SHUT UP as it’s known for short, was formed by a network of teachers, scholars, health care professionals and reporters, including Megyn Kelly of Fox News. We contacted Ms. Kelly’s office but she was unavailable for comment because she was trying to stop the uncontrollable bleeding from her eyes, ears and other orifices. The group has been called “gang-like” by self-proclaimed ‘Trumpeter’ Sarah Palin, who publicly asked if she could be his fourth wife during a love-in interview on the One America News Network. 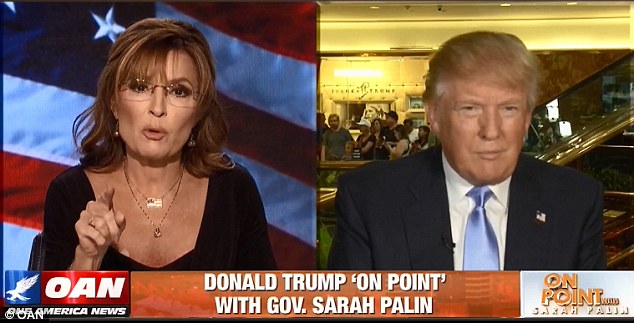 After about 20 minutes being restrained outside the press conference, Jorge Ramos bribed the ghostly guards and was allowed back inside. Below is a transcript of the argument that ensued:

Trump: I said get out of my country, what is it now?

Ramos: Mr. Trump, how would you fund a new wall along the southern border and how would this plan to undo birthright citizenship work in practice? If you deny citizenship to newborns then we would have stateless babies, babies with no passport and no country. How do you deport them? Do you send ICE agents to hospitals? And where do you deport them? Do you send them to Mexico if the father is from that country or to Honduras if the mother is from that country?

Trump: In regards to building a wall, just $170 Billion to pay for it and a whole lot of Mexicans to build it. As far as the kids, who cares.

Ramos: But Mr. Trump, even if you build this wall that stretches nearly two thousand miles, some of it on private and Native American land, who would you hire to patrol it?

Trump: That’s simple, I’d make the border a vacation spot, it’s going to cost you $25 for a permit, and then you get $50 for every confirmed kill. Listen, I have to do what is best for America, this is the birthplace of Jesus and democracy. We can’t keep letting Mexico and China steal our jobs.

Ramos: Mexico and China didn’t steal anything – we gave them our jobs because rich people like you sent them overseas. Even your clothing line is made in Mexico.

Donald Trump then left the press conference in what appeared to be a jet pack strapped beneath his Signature Collection wool blazer.

At the time of publishing, OPERATION SHUT UP are still accepting new members.

Next post Announcing NYAQ + New Issues of SFAQ and AQ

Previous post The Films of Saul Levine I: Tunes of Sound and Silence at Chin's Push, Los Angeles