Processing the World Through Tillmans’ Lens 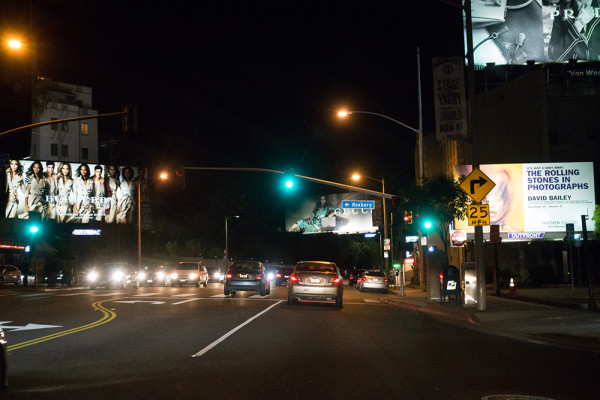 Wolfgang Tillmans’ massive exhibition PCR, on view at David Zwirner, is composed of over one hundred recent photographic works. from Neue Welt, his equally dense exhibition at Andrea Rosen in 2013, was extremely visually stimulating; walking through it felt like flipping really quickly through a magazine or a Tumblr feed. The artist is obviously aware of the exciting capacity of abundance. 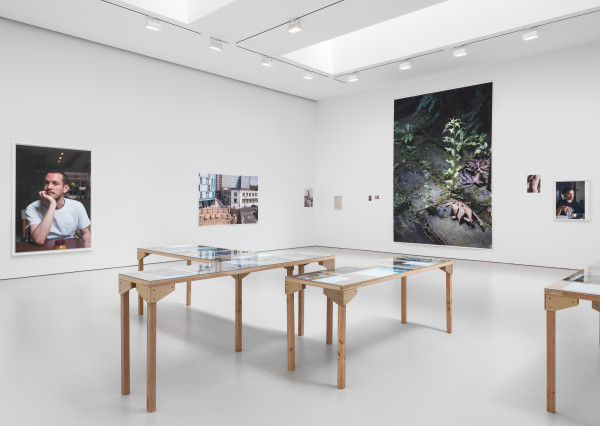 PCR is organized into mini installations, but thematic cohesion among them is not immediately apparent. Luckily, the pictures themselves move beyond this since they are universally powerful: a poetic cohesion takes place. The French nineteenth century Symbolist poet, the Comte de Lautréamont, coined the surrealist movement with the tension created by “the chance meeting on a dissecting-table of a sewing-machine and an umbrella.” In PCR, Tillmans places a beyond life-size print of a thriving young weed growing in between two slabs of bluestone next to a tiny image of a fleshy male bust. These plays of scale and objects, create a similar friction to the one noted by Lautréamont, but unlike the surrealists, this artist’s placement is deliberate, conscious, and interrogates photography’s role in our ability to learn about the world. A night photograph of Sunset Boulevard embraces the photographer’s subjective experience, but also portrays a trope of American photography. The works are specific and general at the same time. 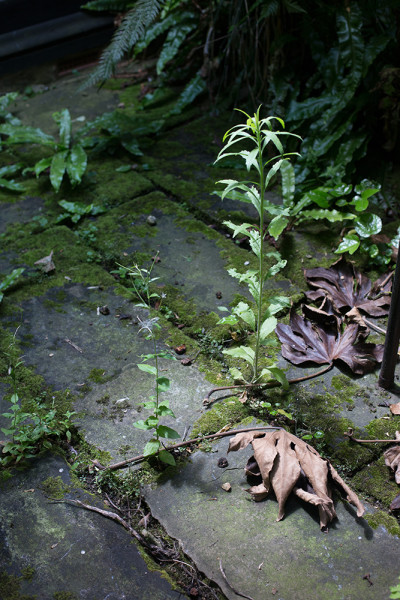 Each picture functions like a little lesson. Walking through the exhibition, we are faced with many truths: the noble, wrinkled face and hands of the Brazilian architect Oscar Niemeyer, morning light in Berlin, the city lights of Sao Paulo, cities under construction, lovers in bed, lovers embracing, Patti Smith on stage, a snapshot of Patti Smith backstage, youthful portraits of friends—and my favorite—two small images of scrunched jeans hung so low, I had to crouch down to see them, forcing me to engage with the materiality of my own clothing.

The medium of photography too becomes a subject matter; a striking image of Tillmans’ studio desk with his computer work station turns the artist himself as well as this very exhibition into subjects. A partially exposed photo paper passed through a color processor, results in, at first glance, a green monochrome, and at second glance, an abstract imprint of the dust and hairs attached to the inside of the processing machine. It seems a bit ordinary, but works nicely as a visual break from the rest of the exhibition. 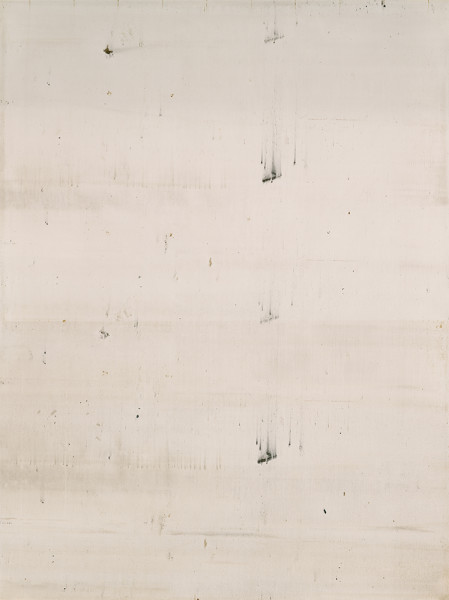 There is no apparent hierarchy within the wall-works. A portrait shot for a German magazine with its accompanying interview is taped right next to those previously mentioned large abstract framed monochromatic digital C-prints, with no seeming differentiation in their value as objects. With this democratic approach among the different (and many) outputs of photography, the subject matter really is king and the possibilities seem endless. 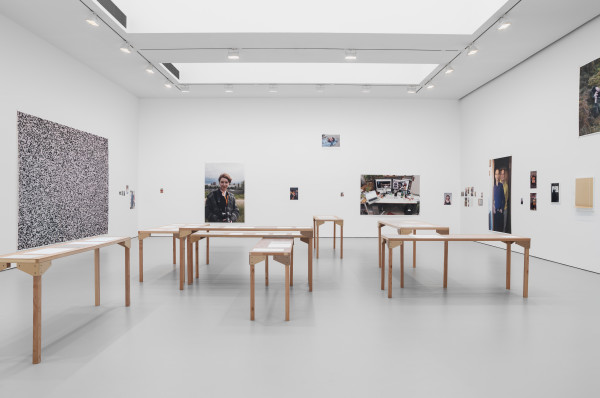 In the middle of the two main rooms are light wooden tables on which rest blank pieces of paper which serve as a visual intermission. When looking at these sculptures in conjunction to the images on the walls, it is difficult not to be reminded of a classroom. The blank paper invites the viewer to digest the after-images left by the photographs; all this to remind us that, our eye too is a camera.

Tillmans balances the subjective and the universal beautifully; he seems to be constantly thinking about his own life as well as about the world in general. The necessity of placing himself as his own observer is felt in his work. He watches himself watch the world, and takes his viewer with him. The result is strangely scientific but also poetic; for Tillmans, the world is a laboratory for exploring objects and feelings and humanity. Tillmans doesn’t make bold claims about the unknown. He only shares what he sees with his viewers, inviting them to join him in his curiosity and with that, is able to affirm not only his own existence, but also theirs.