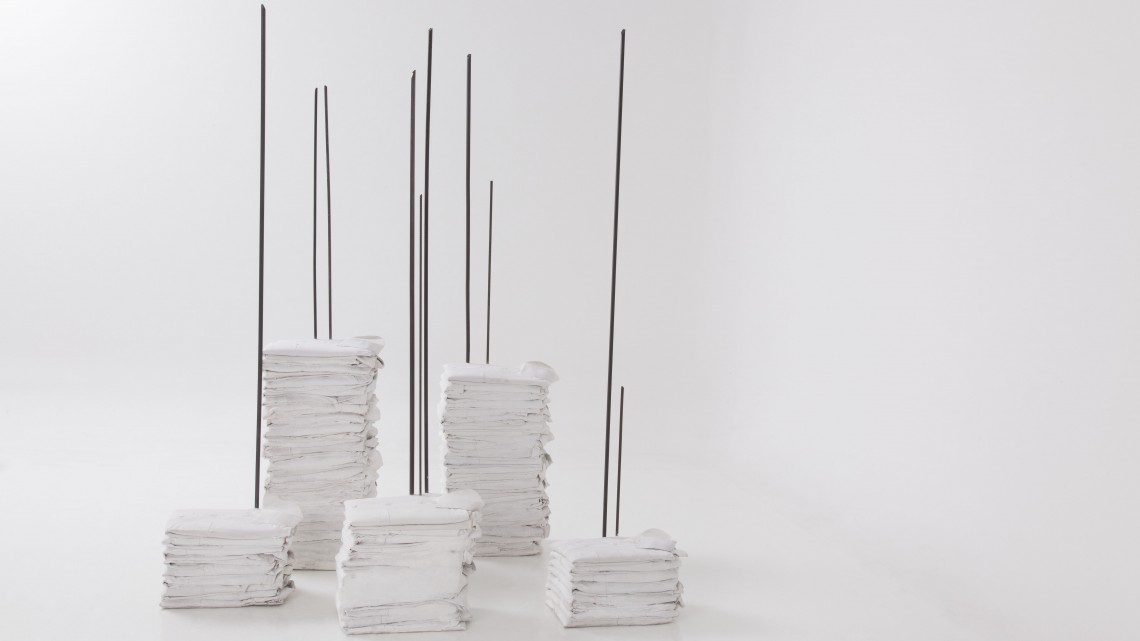 In an interview, the Colombian artist Doris Salcedo, reflecting upon the seeming tension between her international celebrity and sense of privacy and anonymity of her artistic research and gestures, said: “My work can be exhibited abroad, because the Colombian situation is a capsule of condensed experience that is valuable to the rest of the world. Our horror is, in a way, a paradigmatic one. . .I think my artworks have a journey to make, and they will return when the time is right.”[1] Currently, several works by Salcedo anchor a large show in the Colombian capital of Bogotá.

‘Uno Lo Mio y Lo Tio: Tres Décadas de Arte en Expanción, 1980 al Presente’ consists of works drawn from the extensive collection of the Banco de la Republica. The curators Carolina Ponce de León and Santiago Rueda have a two-fold aim: first, to rid recent Colombian art of that framework of mid-20th century modernism that marked Latin American art generally—a kind of mythic nationalism smelted from the mixture of surrealism with indigenous motifs and styles, and whose iconic expressions would be Pablo Neruda on Macchu Picchu and the miraculous epiphanies of Gabriel García Márquez. The curators sense an evasiveness in this fatigued poetics, and wish to show works that express both a de-mystifying impulse and a steadier and more direct response to contemporary life. If successful, such a show would have the effect in the visual arts that Roberto Bolaño’s novels had in fiction: clairvoyant virgins and miraculous clouds of butterflies have suddenly become period pieces, replaced by a nervous and experimental realism. Second, the works should present possible ways of coming to grips with the horror referred to by Salcedo. Colombians in the 20th century suffered countless incidents of political violence, with the assassination in 1948 of the leftist-populist presidential candidate Jorge Gaitán on the verge of his election to the national presidency being a kind of irresistible attractor to which the national memory ever and ever returns. 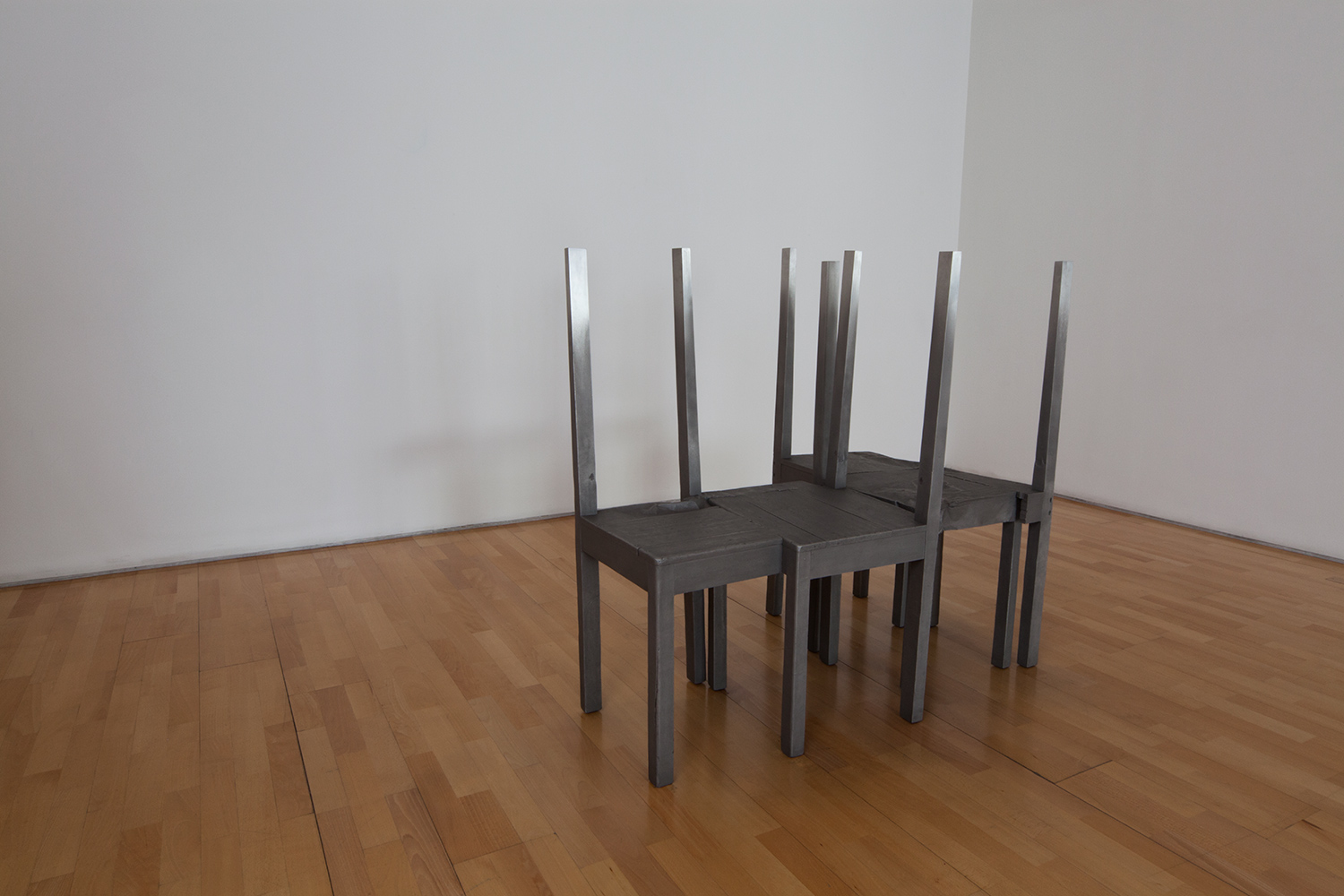 What, for Salcedo, is ‘our horror’? The term ‘horror’ here has, very roughly speaking, two references. The first is a reference to events, some spectacular, but most little known except as part of an interminable sequence of everyday violence. Aside from the assassination of Gaitán, the best known of these outside of Colombia are the massacre of striking workers of the United Fruit Company at Cíenaga in 1928, familiar indirectly through its fictionalization in Marquez’s A Hundred Years of Solitude, and the massacre following the takeover of the Palace of Justice in Bogotá in 1985 by the rebel group M-19. But in uncountably many incidents, part of the horror is that the everyday horror is forgotten. The second reference of ‘horror’ is to create a response to events, with the suggestion carried by the term of something immediate and disabling: the horrified person is fixed, gaping at an object. The natural active response is to flee. So an artistic response to horror is already to transform the horror, in both the objective and subjective senses; the objective horror is necessarily changed into something that can bear a range of responses, centrally those of contemplation and investigation. Horror is made into something shareable by taking it up into an imaginative project.

The horror is remembered and transformed in art: To what end? A first answer would be that such art is in the service of justice, as part of its work of rectification and reconciliation. Salcedo has contributed several works to the show, most strikingly a version of her early (1988-90) Sin título, consisting of short stacks of neatly folded, plastered shirts, skewered and held in place by tall steel rods. The rods project some distance above the stacks, so as to suggest that many more shirts could be added to the piles. The plastering is done so as not to obscure the form and color of the shirts, but instead to suggest that they are turning into plastered things, like the pursued Daphne turning into a tree in Bernini’s sculpture

Salcedo’s assurance that this work, like all her works, is the result of research into particular instances of violence in Colombia and interviews with victims and relatives of the ‘disappeared’ is visually undemonstrated though, I would think, indubitable. The piece refuses to indulge the fantasy that a nobly intended work of art can bring back those who have disappeared. Rather, the piece dramatizes and exhibits for steady consideration the very process of preserving, transforming and thereby also losing the resonance of violence emitted by the shirts and the rods. Sin título is a second-order icon, that is, the icon of a process of artistic sanctification. The stringent self-restrictions exhibited here, Salcedo’s renunciation of self-expression and documentation, are part of the core poetics of her work, and is her way of sharing the horror. 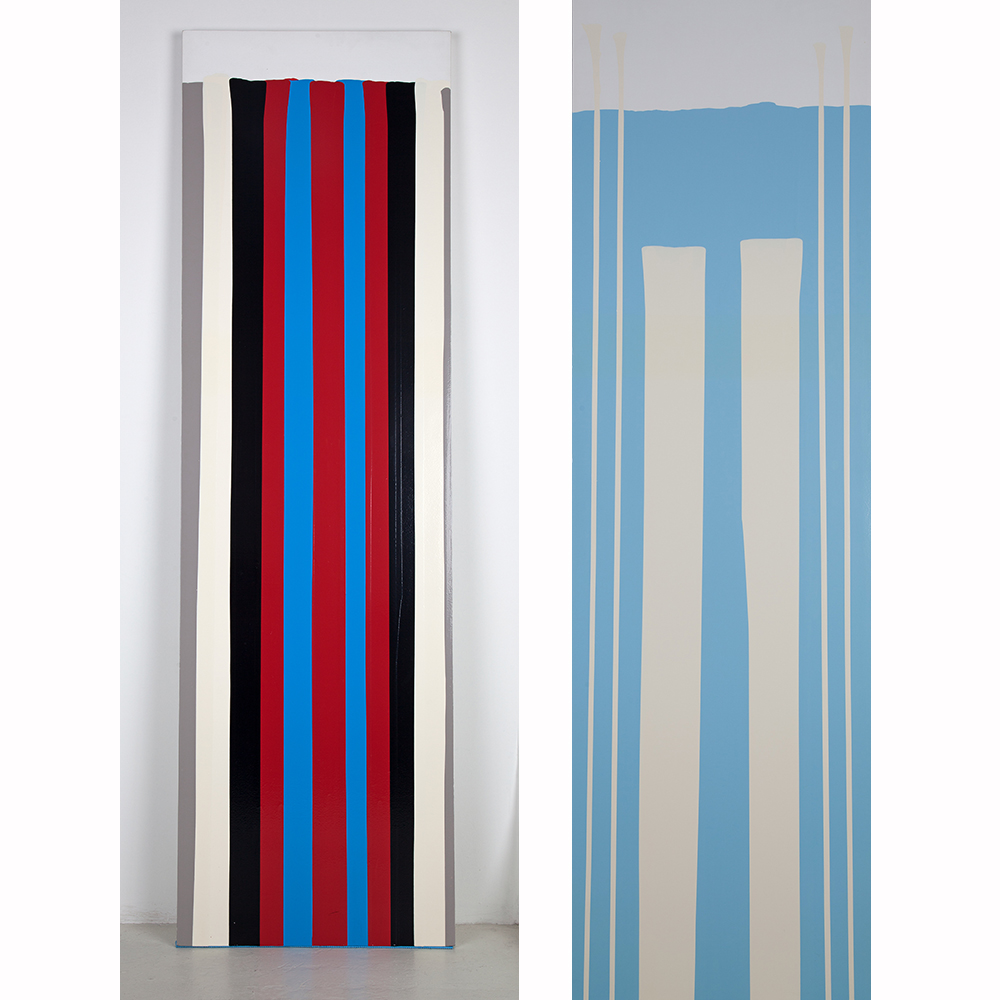 A different route of response to the horror of violence begins with its similarity to torture. As Elaine Scarry has argued, a central feature of torture is the torturer’s attempt to shrink and destroy the psychic world of the tortured, and to replace it with the torturer’s own world.[2] If released, the tortured can never ‘move on’, but is always marked as the one who was tortured compelled to self-abasement. In a different way, too ‘move on’ would also be a betrayal: there is no psychological possibility of forgiving or forgetting. Jean Améry, having been tortured by the Gestapo, insisted that he would never follow Nietzsche’s advice on the health of forgetting.[3] For the tortured, remaining sick seems an existential imperative. In the context of this exhibition, Fernando Uhía risks a return to health with two pieces, Technoesmaltes #4 and #5, poured paintings on plank-like supports leaned against the wall. The immediate ambition to revive and update the work of Morris Louis is a kind of refusal of the sublime, and so perhaps another version of having done so with clouds of butterflies. And whereas Louis invoked wonder with the thought of how he managed it, how the sheer fact of loosely controlled rivulets of solid colors could exemplify cosmic processes, Uhía’s work insists much more on an equally stupefying but exquisite, craft-like control. The two paintings are contrasted as closed (#4) to open (#5), the former a closed screen of color samples, but the latter invoking a beyond with an abstracted post-and-lintel door to and of the sky. In marked contrast to Salcedo’s unrelieved seriousness, Uhía’s work is more of an open gesture towards a future that would by-pass the obsessive orientation with the agonies of the past century and re-connect with Colombia’s 19th century promise as the most progressive of South American counties. To insist that the horror is not definitive is another way of sharing it. 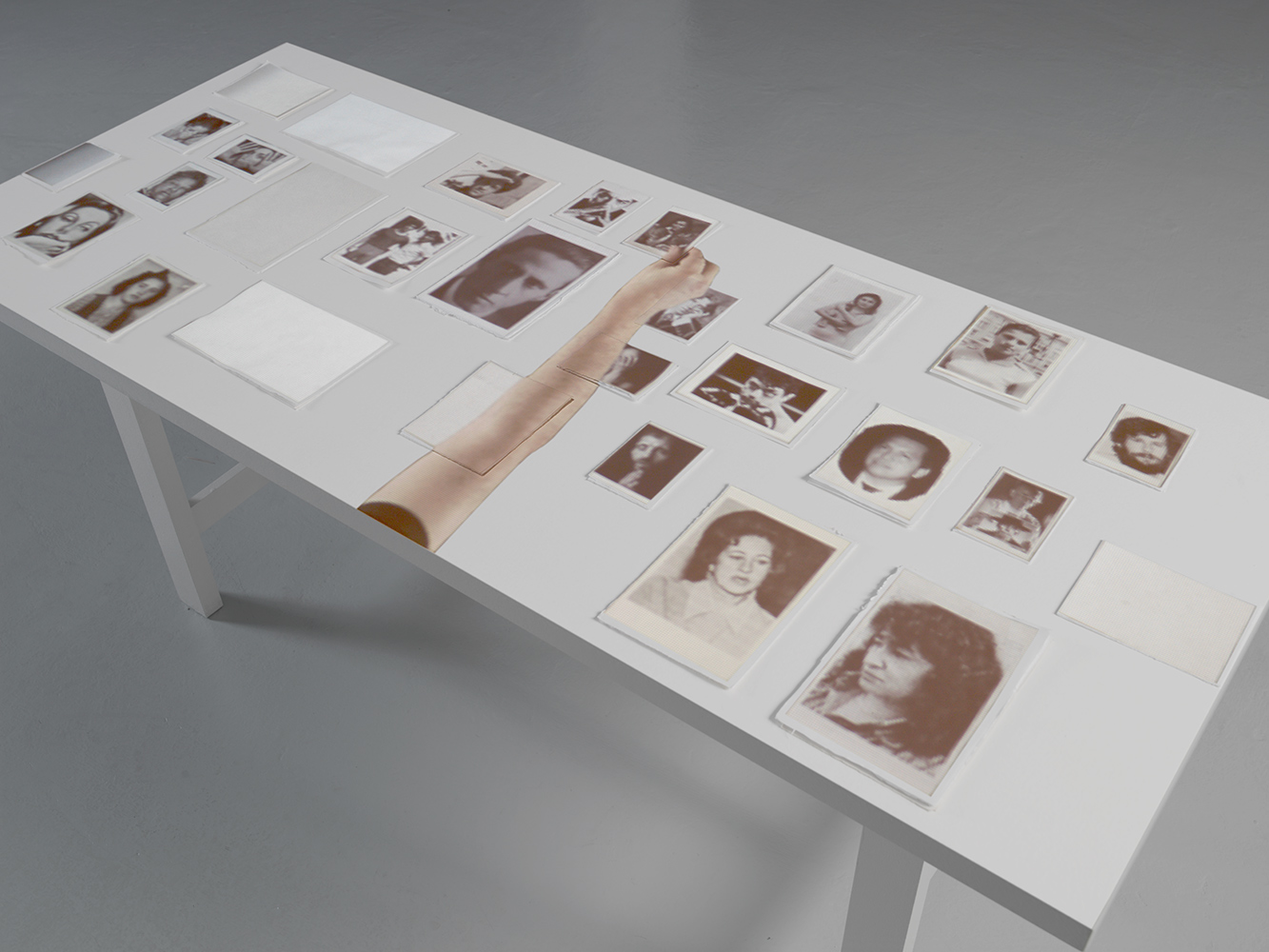 The exhibition contains much of the range of sub-genres of contemporary art, with an emphasis on works arising from the expansive use of non-traditional materials. Along with Salcedo’s and Uhía’s, another work of great resonance is Oscar Muñoz’s Editor Solitario (2011), a video emanating from, and shown as, a table top. Small stacks of black and white photographs are arrayed across the table. A few are of recognizable subjects, some celebrities and political figures, including the dead Che Guevara; but most seem anonymous, the material of archives, old newspapers, and others’ families’ albums. Someone moves the photographs from pile to pile, or occasionally withdrawing one or introducing a new one. The effort of thought, of trying to make sense through uncertain classification, is palpable. The body of the inquisitive classifier is never shown; only the lower right arm and hand appears, labors, and disappears. The absent body is of course simultaneously that of the artist and the viewer, and this perennial trope works hypnotically and to great effect as the viewer comes to recognize particular photos and anticipates where they might be placed. Here, too, something of the passage from the late modern to the contemporary is staged: whereas in, say, Antonioni’s Blowup it was the curious photographer himself who blows up his own images, seeking therein something decisive; here the agent is anyone—anyone who takes up the inquiry—and the materials are the common stuff of life. It’s striking that in the spectacular tragedies of Colombia there’s a great deal that’s officially unknown: how many were killed at Cíenaga, and on whose orders? Who killed Gaitán, and why? When, where, and how were the M-19 guerillas killed? The offer to join in reflection under the guise of investigation is another way of sharing the horror.

Next post Reporting on La Horla in Paris: Part One