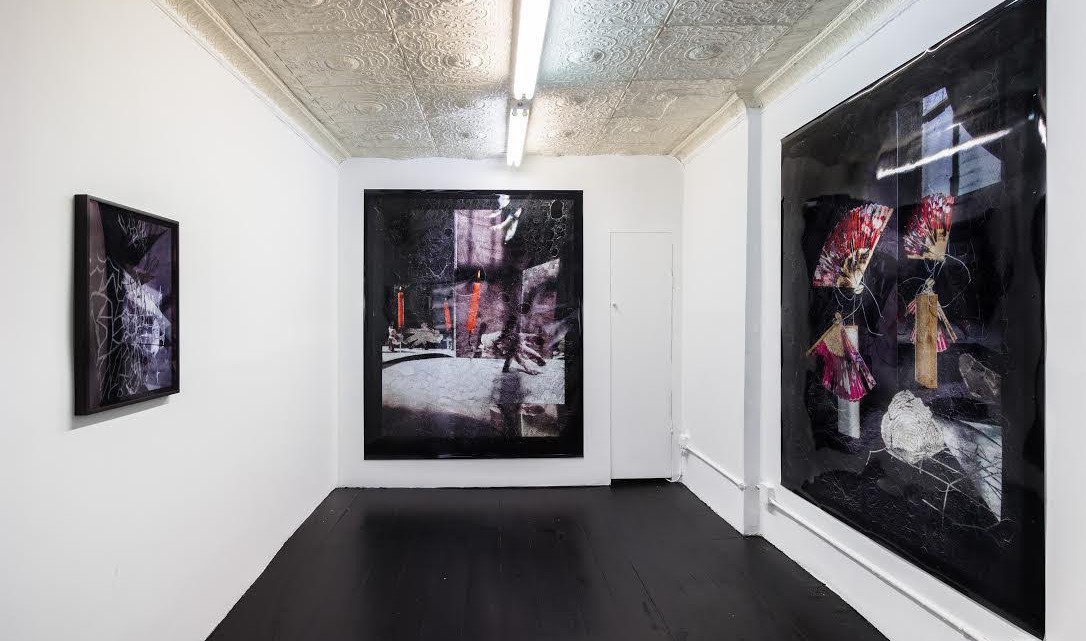 The first thing I notice about Willa Nasatir’s photographs at Chapter NY is their very attractive gloss-like quality, which sucks the viewer right in. Two works are very large and pinned to the wall, while the others are smaller and framed. The number of works feels just right in the modestly sized gallery. To make her images, Willa Nasatir creates physical sculptures and places them in a set. Within the images, these objects are magnified, layered, and obscured by plays of light and shadow and with hand-made filters that simulate the techniques of digital imaging. This process, which results in very rich, visually saturated images, creates an immediate sense of depth.  The glossy, almost oily surface, reminds me of the materiality of the images as printed objects, which are themselves reflective.

With the dramatic staging of the images, a self-contained world is created and, to make sense of it, viewers receive a set of visual information (clues in the form of shapes, glimmers, magnifications, obscured objects…) which, like a detective, you have to sort through to access a narrative. Some of the objects in the pictures are sharp and violent—such as a flame, cutlery, steel wires—and they seem to indicate a looming threat. These shadows, giant and creepy, throw you into a dark anti-reality, one in which German expressionist cinema meets its neo version, Scorpio Rising (1964). While German expressionist cinema reflected a time of political uncertainty, right before World World II when nationalism in Europe was rising, the visual ties to Willa Nasatir’s current work cannot be ignored. There is undoubtedly a lot of fear in Willa Nasatir’s work; it doesn’t seem to reflect the artist’s inner life, but rather the mindset of our generation. Recently, Noam Chomsky compared the current political climate to that of the pre-World War II Weimar Republic, when disillusionment with the political establishment has, in part, fuelled the growing support of a presidential candidate of the far right. Willa Nasatir’s exhibition at Chapter NY addresses a generation that is worried of what is to come. 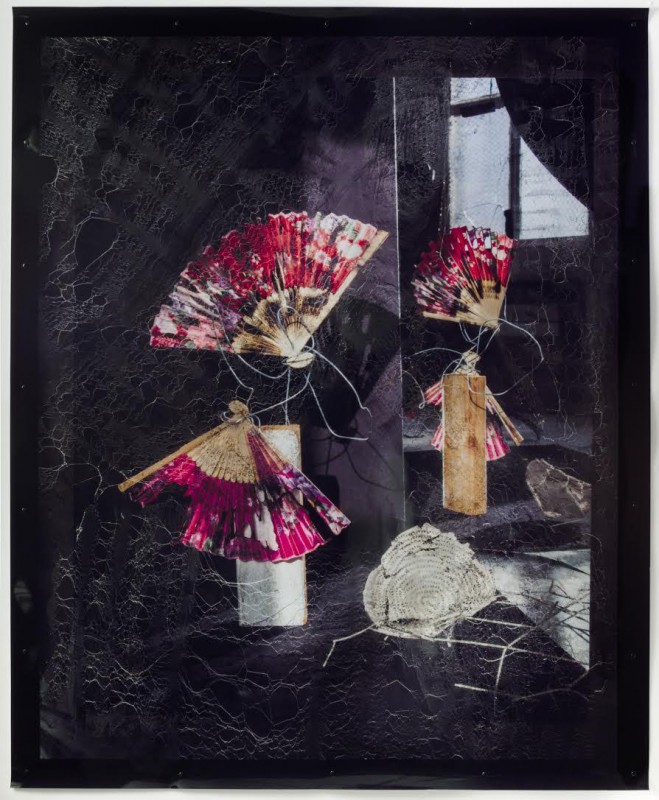 Previous post Reclamation: The Art of Dissent Made Flesh