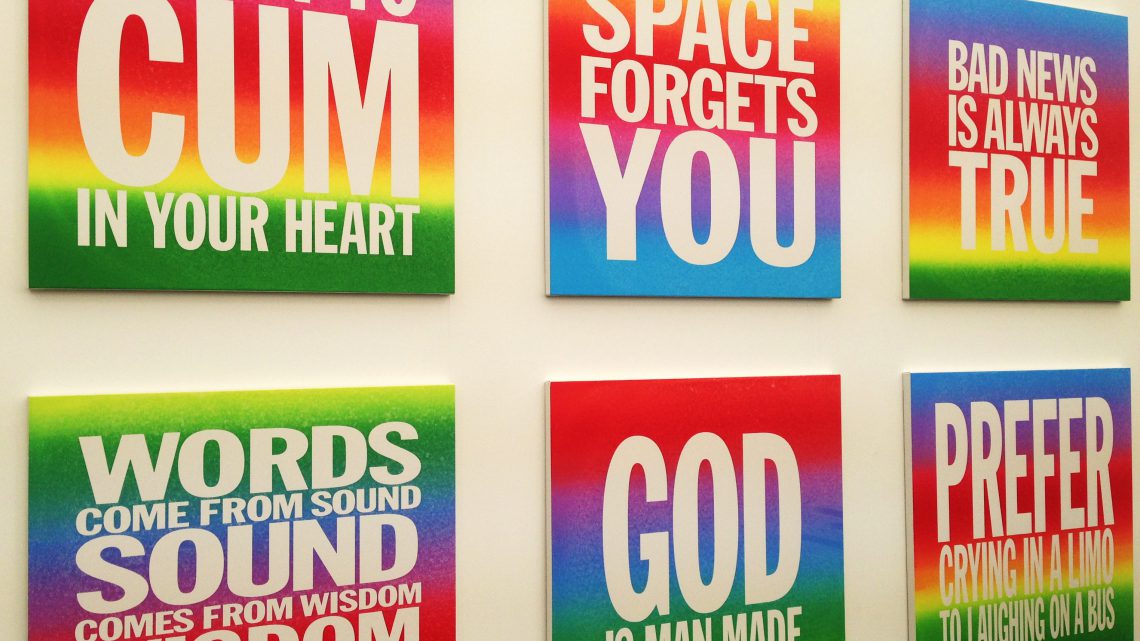 Another year, another Frieze New York.  With thousands of artists from all over the world, here’s a brief recap of 2016:

Benson’s work evokes the best of bad ’90s aesthetic, with clashing pattens and geometric shapes reminiscent of the dancing television forms we all saw at the opening of each Saved By the Bell episode.  What a show! Benson’s heavy application of paint gives the work a 3-dimensional effect, and maybe my mind is in the gutter, but this piece offers a little cock and balls action.

Cupid, draw back your bow!  This lovebird knows what he wants in a woman.  Using warm, muddied colors, Swennen deflates the Holy Matrimony with scrawled text of the unthinkable.  This wedding is off! 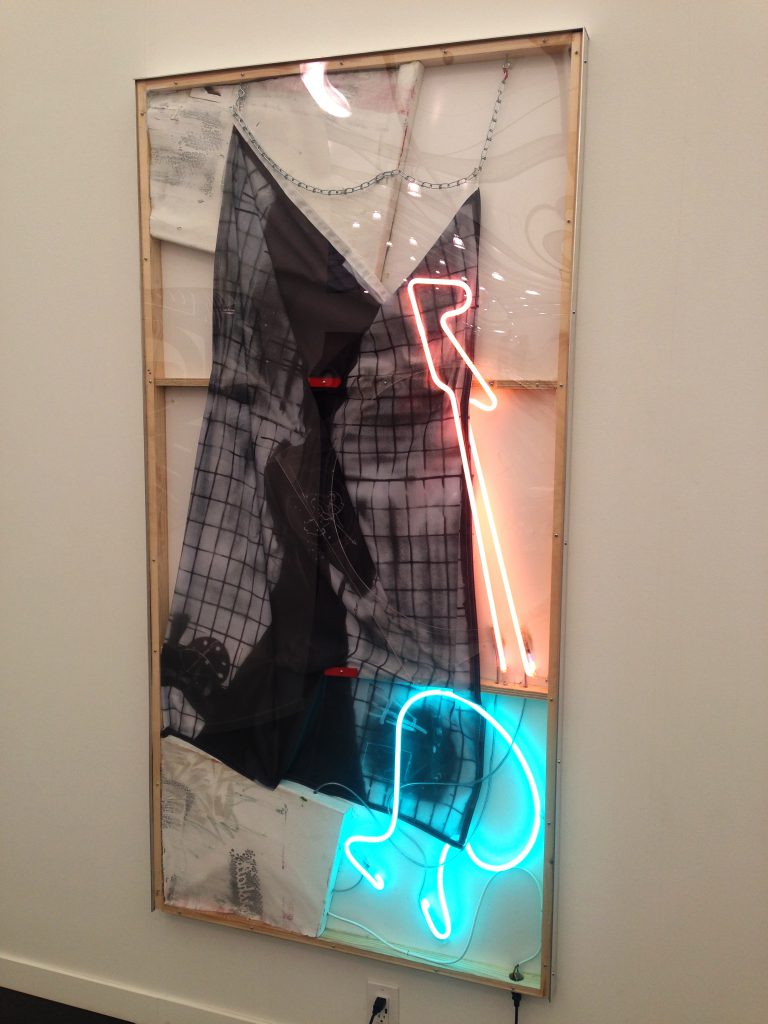 Using a variety of media, De Moortel sandwiches 3 figures between pieces of Plexiglas, two of which are neon and the other figure printed on fabric.   The piece is similar to nail salon or even dry cleaner advertisements but the artist has disassembled this, repurposing the components like specimens on display. 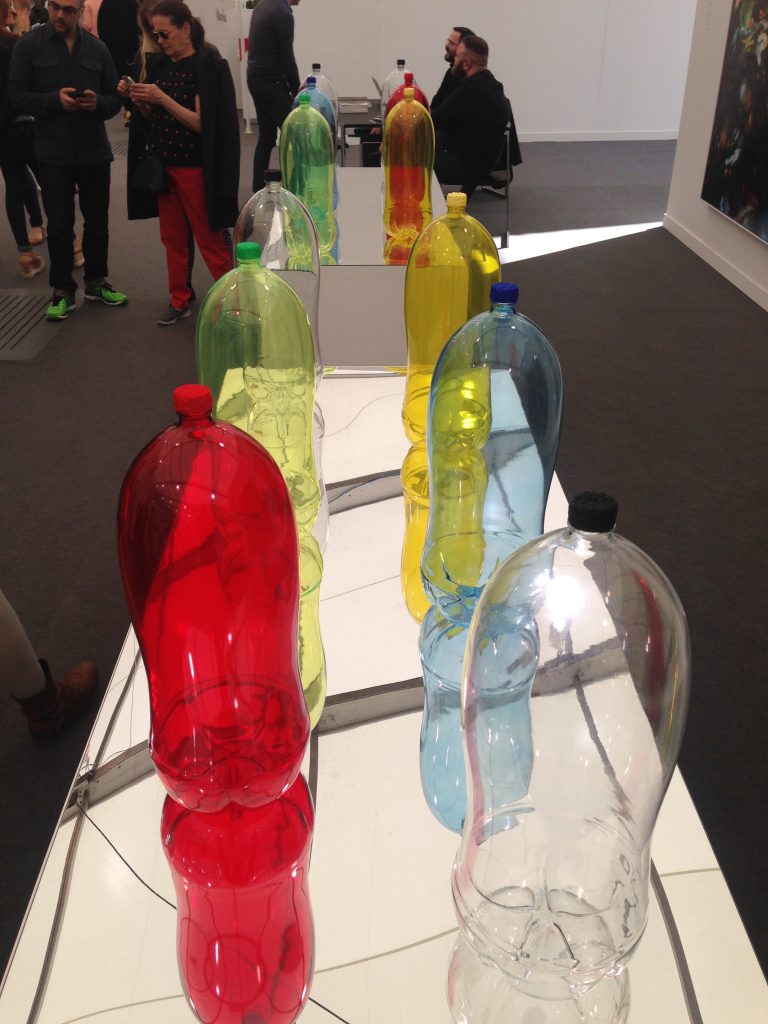 Named after King Eglon from the Book of Judges (3:12), Bouchet hand blows each glass to create their specific and unusual dimensions while the caps are made using a 3-D printer.  To me, Bouchet’s Keglon bottles resemble an oversized anal-plug, but like the Pope says, “who am I to judge?” 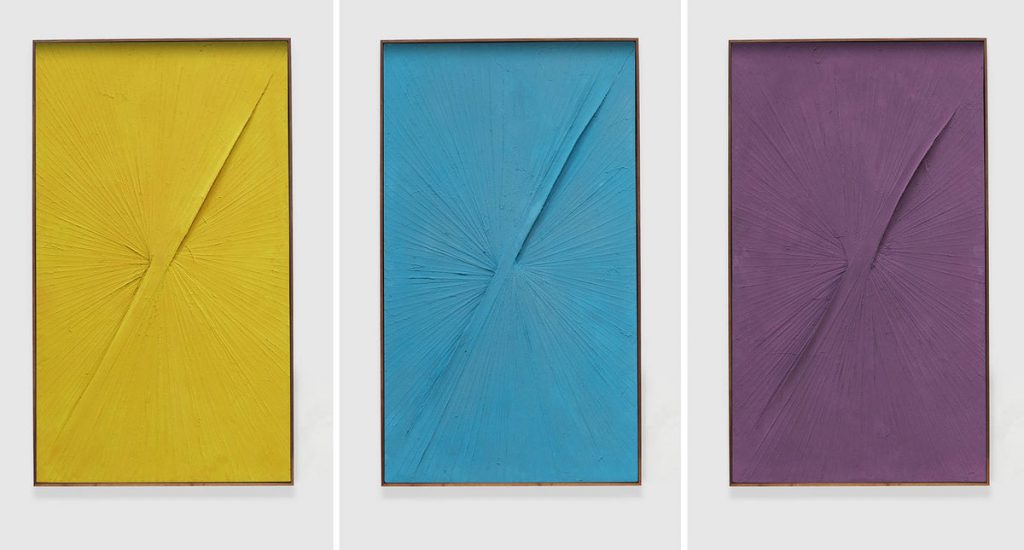 In these “ripped” paintings, Matthew uses the discarded pieces of trimmed canvas from other work and assembles them here with layered, spiralling application.  The canvas is then coated with faux spray paint, giving it the textured gauze-like surface of a mummy. 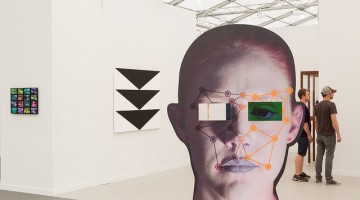 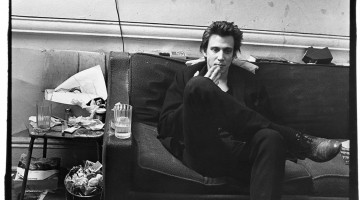