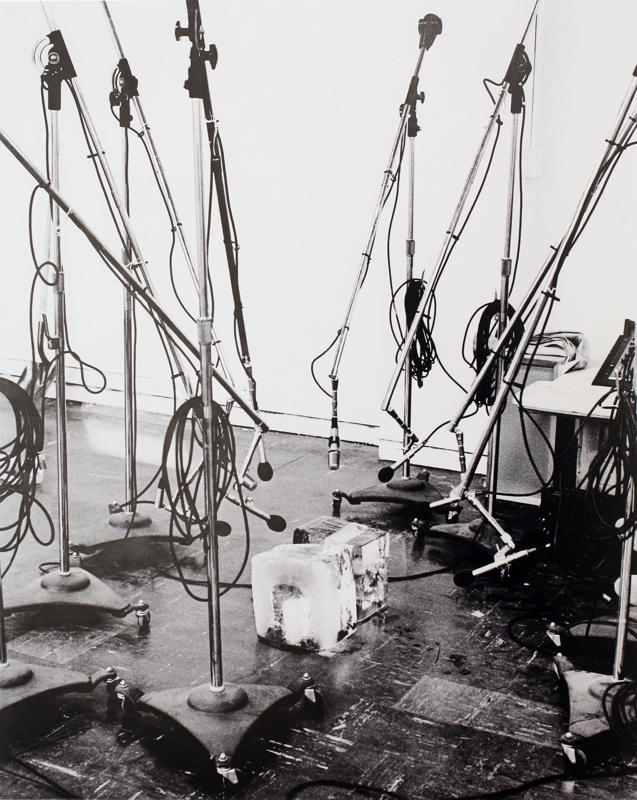 FROM THE PLAINS OF MINIMALISM TO MOUNTAINOUS CONCEPTUALISM

For more information go to nyehaus.com

allegory, noun — aləˌgôrē also -fər — the expression by means of symbolic fictional figures and actions of truths or generalizations about human existence; also: an instance (as in a story or painting) of such expression.

met·a·phor, noun — ˈme-tə-ˌ fȯr also -fər — a figure of speech in which a word or phrase literally denoting one kind of object or idea is used in place of another to suggest a likeness or analogy between them (as in drowning in money); broadly: figurative language.

The 60s in California marked a time when contemplation of the translucency of the surf, light and atmosphere were rendered into an experiential representation, an attempt to unlock the phenomenological. Beginning in 1970, both Northern and Southern Californians added the passage of time and even sound to the visual spectrum/landscape. This exploration, when successful, yielded works layered with questions while never losing connection to the visual. Minimalism was now becoming a pack-mule to the creation of Conceptualism. Paul Kos was among the most poetic, humorous and dry mountaineers to ascend these peaks, making a smooth transition from the plains of minimalism. The journey of Fetishism became the destination.

Time: The Sound of Ice Melting, 1970, a seminal work in Kos’ body of work may as well be a self-portrait, or at least a portrait of the inner workings of his brain. While the obvious irony that ice melting is synonymous with silence and the elaborate staging of equipment is a ruse, the sculptural formality of mike stands surrounding the blocks of ice and the poetry of nature shrinking the ice over time is carefully choreographed.Perspective: Roping Boar’s Tusk, 1971, is a one-minute video showing Kos’s attempt to lasso a distant mountain peak. The repetition of gesture for this futile act serves to lash together Minimalism and the conceptual videos of Bruce Nauman, by contextualizing/veiling the work in nature. Thus, softening the “this is art” without losing the poignancy of the underlying observation about the eye’s ability to measure space and scale without reference.Gravity: Sand Piece, 1971, involves inserting a thin copper pipe through the floor of the gallery, penetrating the ceiling of the floor below. Two thousand pounds of kiln-dried sand is painstaking piled symmetrically over the copper pipe. The sand drains through the pipe until a perfect volcano form is drained from the center, coming to an abrupt halt, and the blurred mirror sculpture on the floor below is completed. Nature has kept herself in check, suspending animation, Kos, nature’s congenial conductor. —Tim Nye
Tags: Andrew McClintockconceptualismleigh cooperminimalismnyehauspaul kosSFAQ