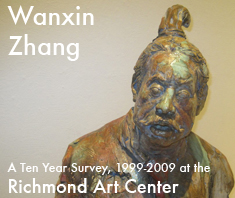 It’s difficult for me to be dispassionate about this exhibition. By all rights, I shouldn’t be examining it in public. My interests are conflicted. But that said, I’ll do it anyway, because I like the work and believe in it.

The first conflict of interest is that my brother Peter co-curated the exhibition, which has traveled to six venues since 2010, the Richmond Art Center being it’s final destination. Peter is the Curator of the ASU Art Museum Ceramics Research Center at Arizona State University, Tempe, and one of the leading contemporary ceramic curators in the country.

As such, I’ve learned about the field, and in particular, the substantial contribution the Bay Area has made, with such figures as Peter Voulkos, Robert Arneson, Viola Frey, Richard Shaw, Jim Melchert, Stephen De Staebler and a host of other locals, who helped shift ceramics from craft to fine art; a status vigorously discussed and attained after years of debate. 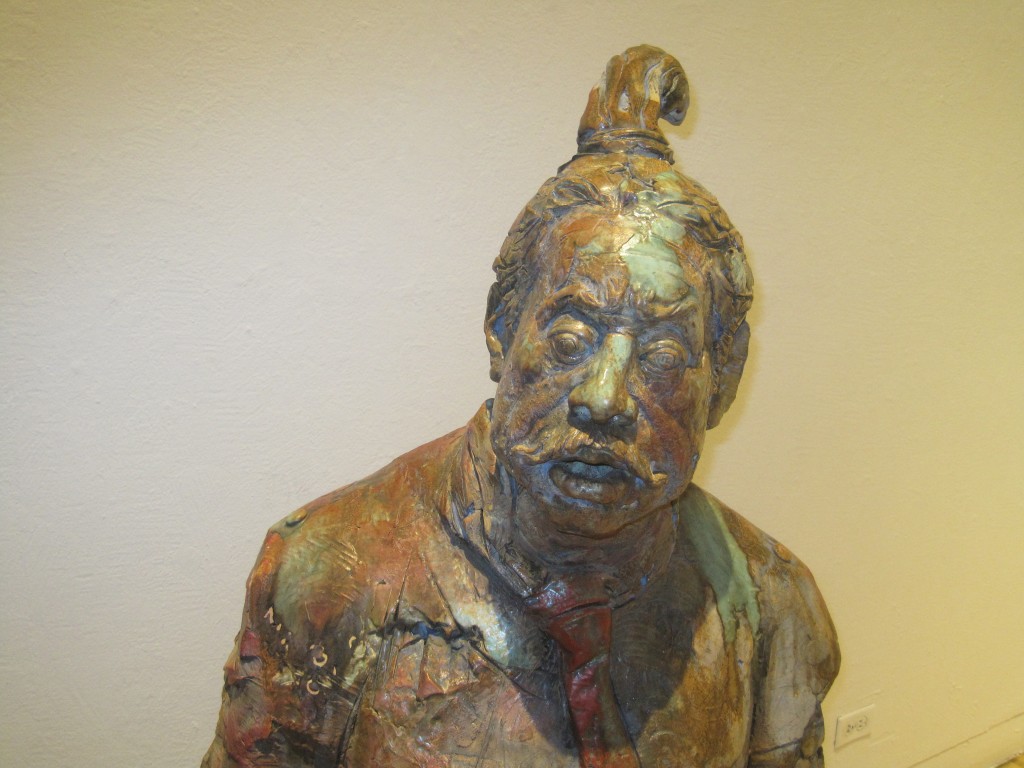 I’m also at the disadvantage in counting the San Francisco artist among my best friends. Wanxin and his wife Diane were introduced to me by Peter some years ago, and have since become frequent traveling and dining companions. Rather than hide this relationship from readers, I hope you marvel, as I do, that the power of art has generated an unlikely friendship between disparate individuals, one growing up in Maoist China, the other sequestered in the suburbs of Long Island, New York.

I’m not the only one drawn to the work of Wanxin Zhang. At the opening of the Richmond Center exhibition, I bumped into Phil Linharas, the recently retired Chief Curator of Art of the Oakland Museum, ceramic artists Jim Melchert, Richard Shaw, art historian Jeff Kelly, painter Hung Liu, and notably, painter/sculptor Manuel Neri, a vocal supporter of the artist, who joined us for dinner after the opening.

Neri’s admiration for Zhang’s work is not surprising. They share similarities of tactile surface and the flagrant use of color. But let’s start at the beginning. 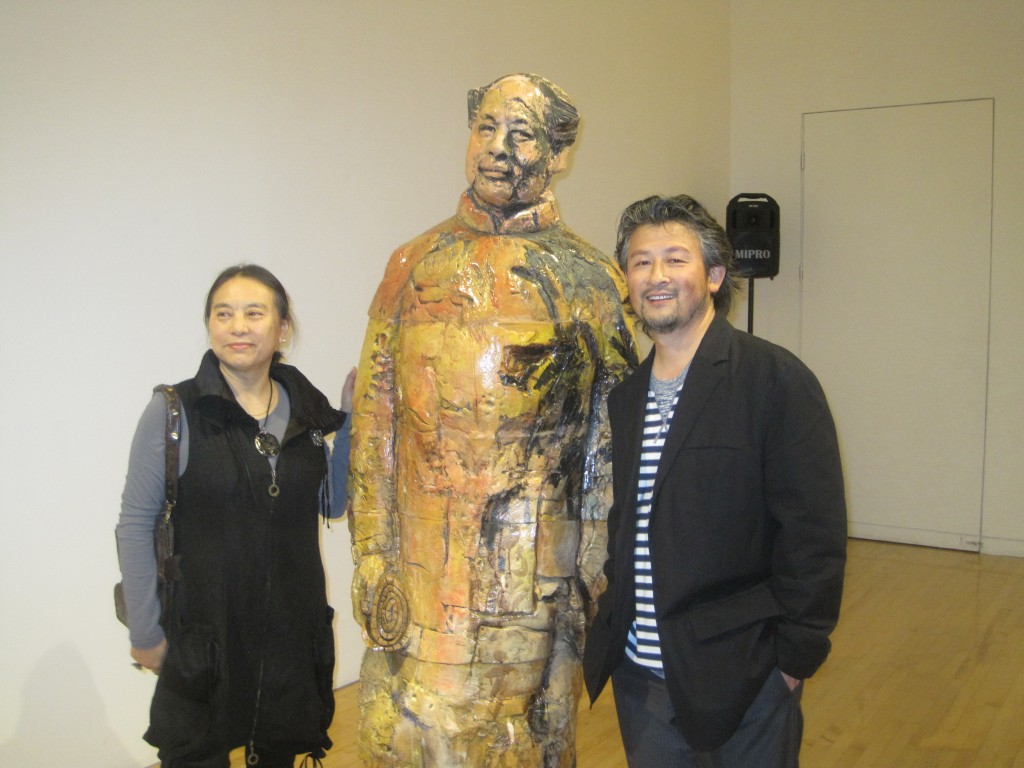 Painter Hung Liu on left and Wanxin Zhang on right

Born in 1961, Zhang established an art career by graduating from LuXun Academy of Fine Arts in 1985, training in metalwork, which resulted in a work of his acquired by the National Art Museum of China in Beijing. Inspired by the freedom of creativity displayed by the works of Robert Rauschenberg and Deborah Butterfield, Zhang felt compelled to express this freedom first hand.

Moving to San Francisco in 1992, Zhang serendipitously found his way to the studios of Peter Voulkos. Shortly thereafter, he was exposed to the work of Robert Arneson. Stimulated by the creative use of the medium, Zhang’s attention turned to clay, his scarred and slashed slab surfaces, owing much to Voulkos’s path breaking assimilation of Abstract Expressionist gestural painting.

Just before the Cultural Revolution ended, the Terracotta Warriors of China’s first emperor, were unearthed at Xi’an. Viewing these lifesize Warriors, produced by craftsman buried along with their creations, Zhang’s negative reaction to the political egotism and propaganda rampant in China during this period was reinforced.

By combining the elements of the Terracotta Warriors and the funk of Bay Area ceramics, Zhang has combined the energies of diverse geographies, in the pursuit of bringing forth a “global culture.”

The Richmond Art Center exhibition features sixteen of Zhang’s six-foot plus clay figures in an austere setting, transforming the gallery space into a living tomb of warriors posed in battle, not for the vanity of political leaders, but for the enrichment of world citizens.

The Richmond Art Center’s South Gallery is given over to “a conversation” between the works of photographer John Chiara and enamel artist June Schwarcz (born 1918), who the California State Assembly has recognized as a “Living Treasure.”