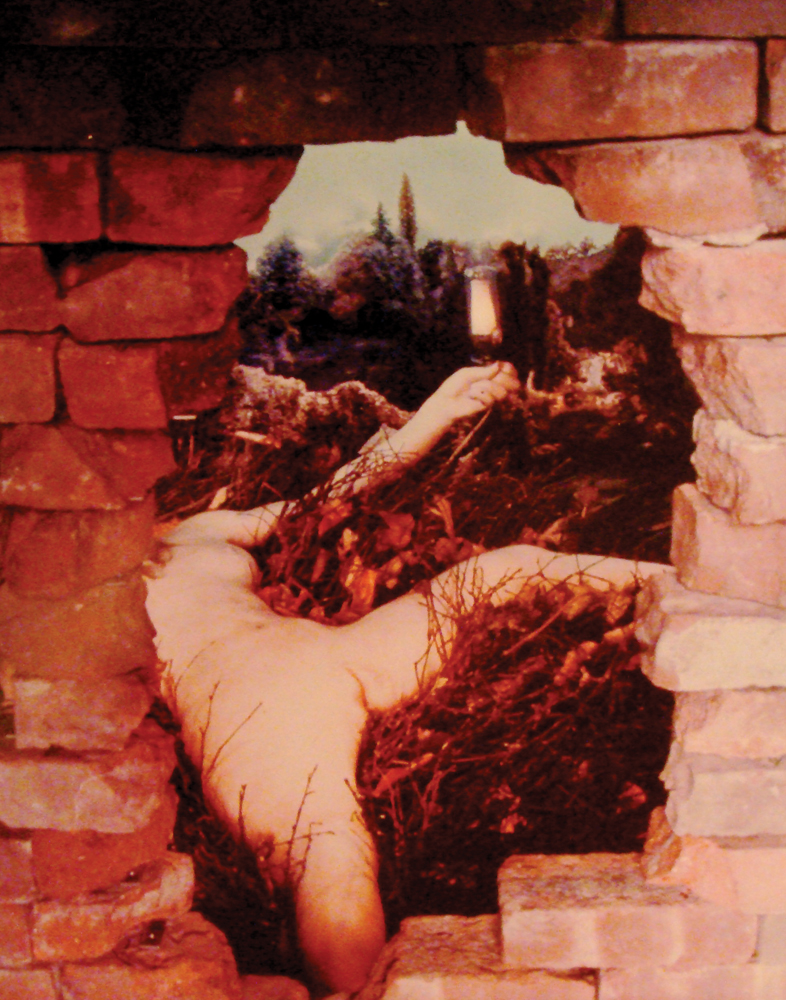 Marcel Duchamp, “Étant donnés”. 1946-66. Installation view. Gift of the Cassandra Foundation in1969 to the Philadelphia Museum of Art.

**What is a concept?

**Did Duchamp base his Etant Donnes installation on a particular woman? And did he really quit art early in his career?

–Two different mistresses, one from the 1930s and one from the 1940s, were models for the torso in Duchamp’s masterpiece installation, Etant Donnes, which he worked on in private from 1946 until his death in 1968.  He cast the private parts of his mistress in the 1940s for the figure in Etant Donnes, and later also used the cast for a multiple called Female Fig Leaf.  Duchamp announced in 1912, after his famous Nude Descending a Staircase that he was quitting painting, and made Fountain (the urinal displayed in the Armory show) and other readymades.  In 1917 he said he was quitting art altogether to play chess. He said that chess was the same as making sculpture in your head, constructing your moves in advance.

**My girlfriend makes work that appears to be using our relationship as the subject. On occasion the conceptual kernel may have come from our relationship; however it is just as likely that it was inspired by something else. My mother visited recently and expressed concern about my relationship being on public view. I don’t feel exposed, as I understand where the line between fact and fiction lies.  Can you advise me on how to reassure my mother about the situation?

–A conceptual artist in Los Angeles in 1970 made a series of Polaroids of the men she had slept with sitting on her bed in their underwear. More recently in London Tracey Emin made a work called Everyone I Have Ever Slept With (1963-1995), and as a Turner Prize nominee in 1999 exhibited My Bed at the Tate Gallery in London. Tell your mother there are precedents to your girlfriend’s work. It is a legitimate pursuit, even if it might be derivative. On the other hand, maybe it’s not a good idea to be an actor in someone’s play without being paid for it.

**I go to museum exhibitions with the expectation that I will gain some degree of insight to the work I encounter. I think of museums not only as repositories of art objects but as institutions with a mission to educate those who visit about the work on display. All too often, I find a paucity of informational labeling accompanying the individual pieces in the exhibition. This is especially frustrating in the case of exhibitions of conceptual work since the artist’s intent is often elusive or even impenetrable to the average viewer thereby eliminating any possibility of an educational experience. Since there would be so much more to be gained with some measure of informational labeling, why do museums, or more specifically curators, take the elitist high road of assuming all visitors share the same degree of insight as they do?

–One of the jobs of a curator is to interpret the art for the public. But if the artist is not clear about the intent of the work, the curator may have a hard time interpreting it. Or, possibly, the work is labeled by a young curator who wants to try to show intelligence by creating explanations so convoluted that only a few can understand them.  It does help if you, the viewer, know some art history, because you get from a work of art what you bring to it, and the more you know the more you get. Museums are collectors of things they consider the best examples of a culture’s product as well as being educational institutions.

**What is the role of the art critic?

–A newspaper art critic came to my studio a few years ago, and I asked him for his opinion of my work. He said, “It’s worthless.” I said, “I know, but I would like to hear it anyway.” One job of the art critic is to see art, report on it and understand it the way a dog smells the ass of another dog to know what his master feeds him.

**Is documentation of a conceptual art action or performance necessary for it to be of significance?

–If an art action is not documented, only word of mouth can allow it to live into the future and into art history. It would be in the interest of the artist to have a recording in order to get more gigs. If the event were Custer’s Last Stand,  the hill where the fight was lost could become the record, and the made-up story would become legend.

**How can artists, art teachers, and art writers occupy and transform the capitalist art world? (And why is mainstream art still measured and limited by Roman, Judeo-Christian, Western standards–why does this still so heavily dominate in the art world?)

–In the non-capitalist (theocratic or communist) world, art’s purpose is to glorify the state or the church. In America in the 1960s, the time of pop art  (especially Andy Warhol), art was about capitalism—mass-produced commercial products and money. In the 1970’s, when conceptual art, a moral and political movement, became the avant-garde, capitalism was not glorified, and almost no one bought this art (also, the economy was bad).

Now, the economy is bad because the banks (capitalism) got out of control and also because of the little Bush kid’s expensive unnecessary wars. In art, the morally bankrupt Damien Hirst covered a human skull with diamonds and created a symbol for war about money that made him rich and famous.

Many international biennials and art festivals are now including artists from third world countries. If each country would stay true to its own style, we would not have so much politically correct art and possibly not become a world of standardized, mediocre, generic, boring art that doesn’t offend anyone. I am offended by non-offensive art.

–Leonardo was not only a conceptual artist,  he was the son of God. I’m surprised to have to point that out. He wrote a piece of music that could have been written today. The phrase in Italian, Amore sol la mi fa re mi rare, la sol mi fa, sol lecita translates to “Love only makes me remember, it alone makes me alert.”  Leonardo wrote this phrase as music, using the sounds of words like do ra mi fa sol la te do in the musical score. This phrase was written as musical notes and becomes language and systems conceptual art.

**Where are we going in art?