The Feverish Library at Friedrich Pretzel

Today is the last day to go an view “The Feverish Library” at Friedrich Pretzel in NYC.  Great exhibition composed of various artists whose artworks are “predicated on the book as a conceptual, psychological, and cultural form. In some pieces, the actual physicality of the book is addressed.”  A quote taken from the press release, this is a statement that opens a lot of doors for the ways we, the viewer/reader/collector, perceive the objectivity of books in today’s cultural climate and the variety of driving components to composing a great piece of printed material.  Printed material is a dying art form that many people just do not acknowledge anymore.  The way a book operates has been minimized to the one function cataloging information in a physical form leaving very little room for creative representation of concepts and interface aimed to the public.  Artists are a special group of human beings that break this notion through books that are made outside the box, which Friedrich Pretszel made easy for people to view at The Feverish Library exhibition.  If your in NYC go check it out before its too late.  This exhibition ends today! Support print, and leave your kindle at home. 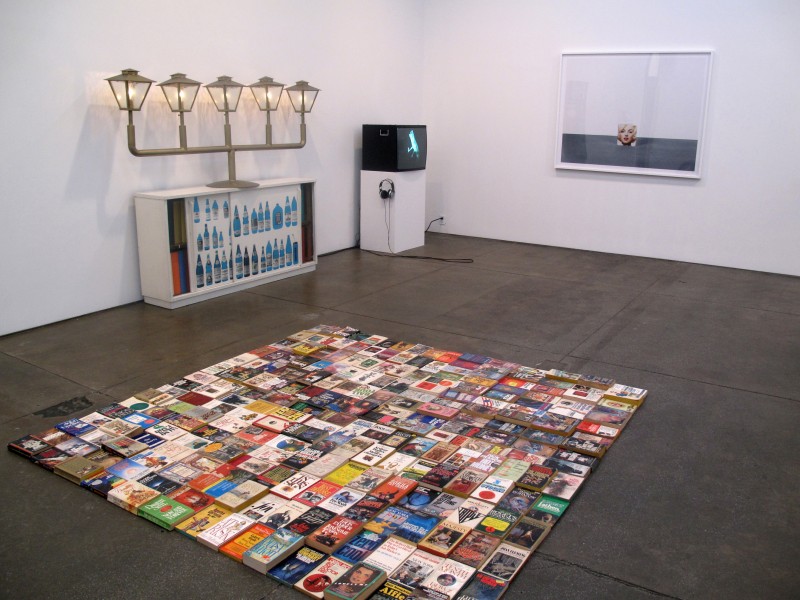 It was the kind of library he had only read about in books.

The impious maintain that nonsense is normal in the Library and that the reasonable (and even humble and pure coherence) is an almost miraculous exception. They speak (I know) of the “feverish Library whose chance volumes are constantly in danger of changing into others and affirm, negate and confuse everything like a delirious divinity.” These words, which not only denounce the disorder but exemplify it as well, notoriously prove their authors’ abominable taste and desperate ignorance.

In 1966, John Latham checked out Clement Greenberg’s Art and Culture: Critical Essays from the library at the Saint Martin’s School of Art, where he was an instructor. One evening at a party he asked students to chew up the book’s pages after which he turned the pulp into a clear liquid. After repeated demands from the library for the book’s long overdue return, Latham presented the liquid in a vial. The book in its altered state was not accepted.

“The Feverish Library” brings together a number of artworks whose premises are predicated on the book as a conceptual, psychological, and cultural form. In some pieces, the actual physicality of the book is addressed. The works collectively constitute a meditation on the page, book jackets, design, and content. Some works are arguably a fond or surreal portrait of pulp, a disconcerting look at hoarding and a general nostalgia or malaise regarding the impending obsolescence of the printed medium. And like the expansive and confused Borgesian library, the works in the show will be densely layered.

Additionally, the gallery will present a special project “Thirty People Present Their Favorite Book [After Kosuth]” which co-opts Joseph Kosuth’s 1966 show wherein he asked fifteen artists to choose their favorite book and presented the books as an exhibition at Lannis Gallery. In this 2012 iteration, the thirty artists of Friedrich Petzel Gallery have been asked to present their favorite book, which will be on view in the exhibition, and there will be an accompanying brochure documenting the book covers published by Jeremy Sanders and 6 Decades. 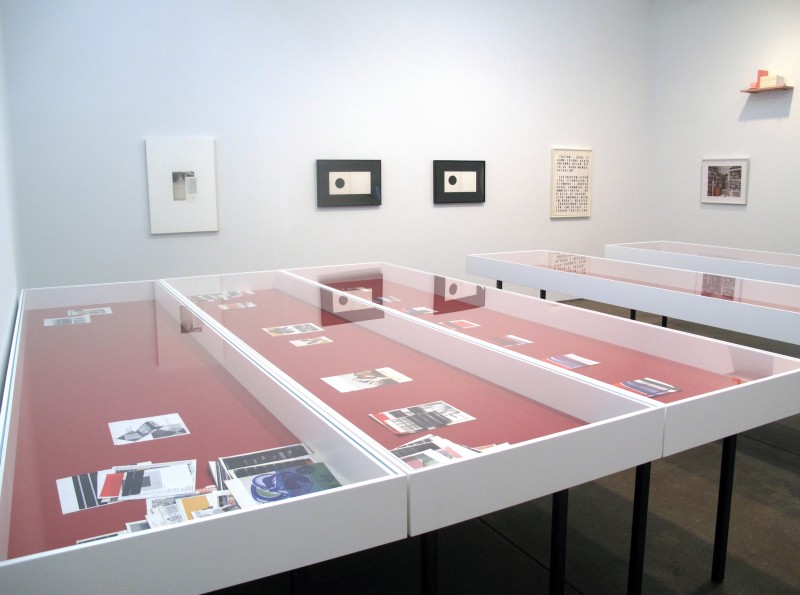 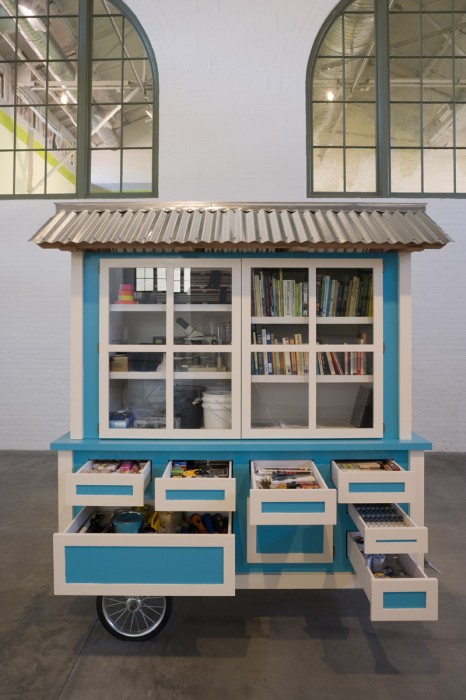