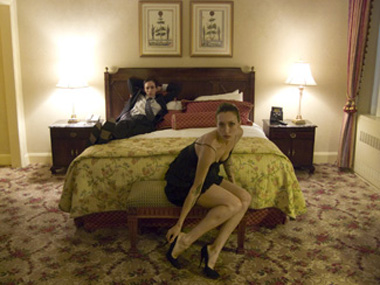 Opening December 19th at Stephen Haller Gallery, New York is “I’ll Be Your Mirror,” a solo exhibition by Kate O’Donovan Cook. The exhibition comes direct from its recent installation in the Mattatuck Museum in Connecticut composed of various photographs. O’Donovan Cook is best known for her technique of photographing herself as multiple people in a single image to frame a narrative. Her work is characterized by explorations of identity through role playing in ways both theatrical and fantastical. Cook’s painterly photographs reflect her strong narrative and visual heritage: her father was the renowned West Coast painter Gordon Cook, her grandfather Ireland’s master storyteller Frank O’Connor, her grandmother actress Evelyn Bowen.