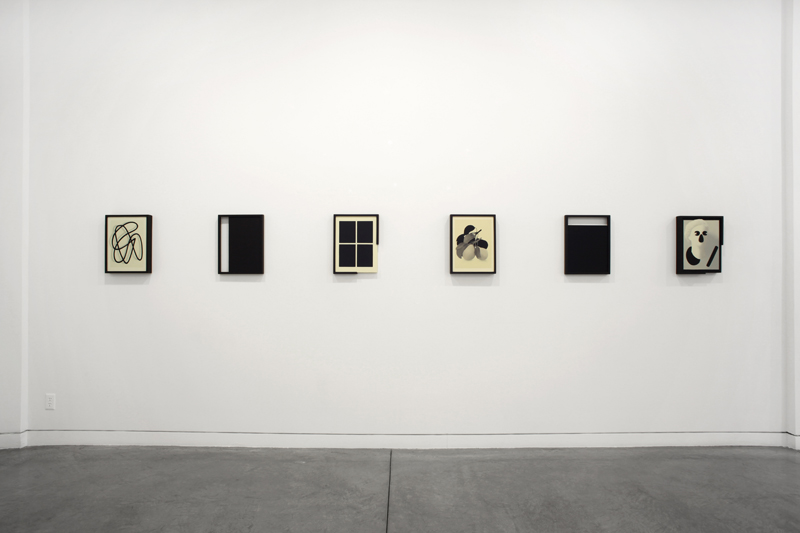 Laeh Glenn’s first solo exhibition at Altman Siegel is a study in genre. Addressing many defining tropes of several art movements and theoretical concerns, the work acts as a survey of various recognizable gestures, subjects and configurations as a means to question the known and what is yet to be found. Void of shine and luster, the works are painted with an extremely smooth finish, resembling images in nostalgic grey-scale newspapers or art exhibition catalogs. 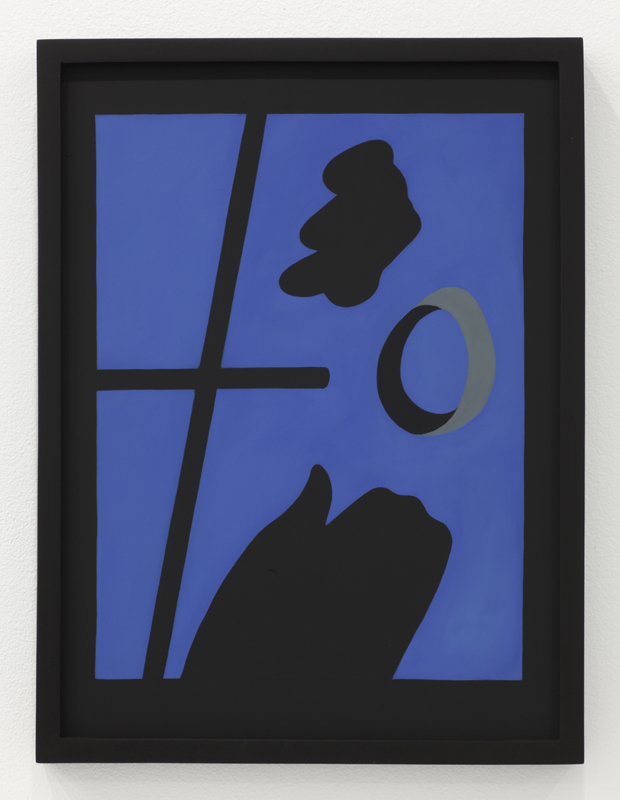 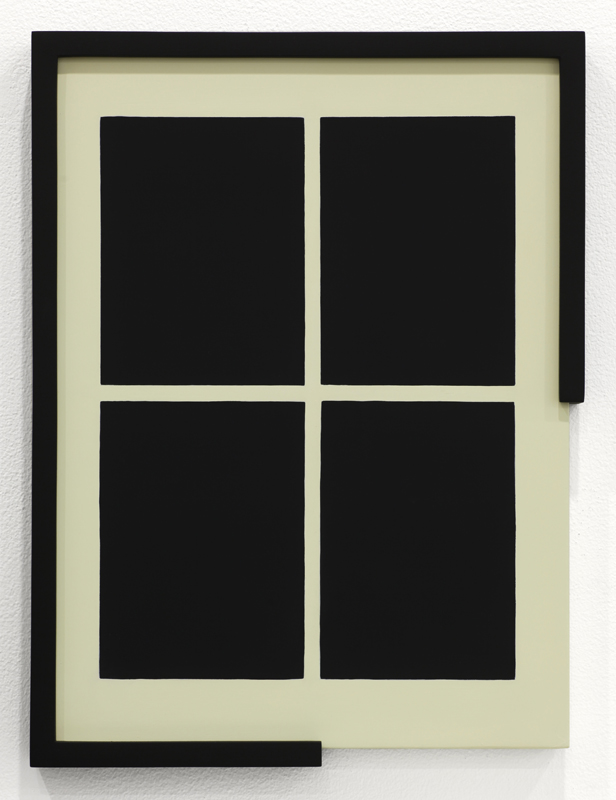 The sixteen works are rendered in black, grey, creams and white (one piece is predominantly blue) and are all displayed in black frames. The works are small; each piece is a little bit less than 17” tall and a little bit less than 13” wide, creating a uniform trajectory of intimate scale. Hung in a formal configuration, the works line the walls one by one. The frames are proportionate to each piece and some are missing segments to reveal the edge of the painting and the wall behind. A few pieces use this tactic—the frame becomes formal art structures that metaphorically reiterate what may not be “holding up” to the images’ historically heavy past it emulates. 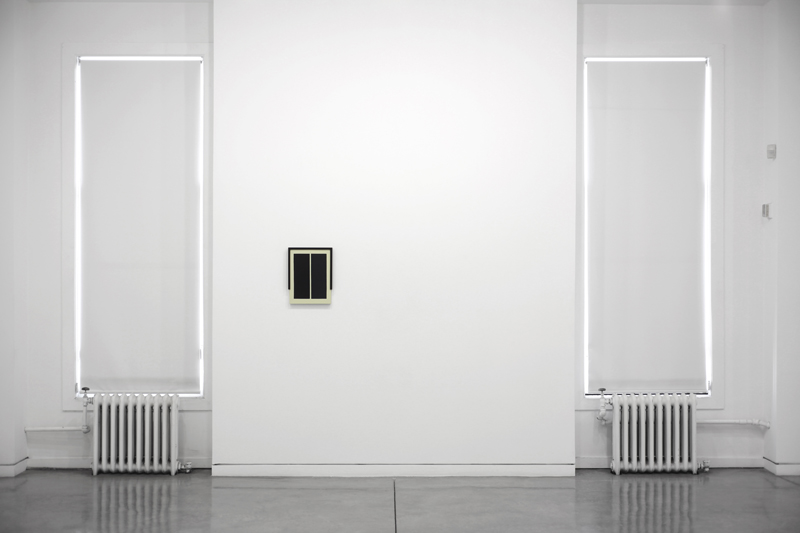 On the wall facing the entrance of the gallery, and flanked by two windows is a beautifully rendered painting of two columns: one black and one very dark grey on a cream background. The lower portion of the frame is gone, and the columns hang down rigidly below the black frame against a white background as if ready to be pulled out. Another piece includes four black squares with the lower right corner of the frame missing, unhinging it from the confines of the rest, but not quite ready to let it go. Each of these pieces clearly remarks on Minimalism while other works are more reflexive of classic and traditional subjects, such as still-lifes or portraits, and others indicate Surrealist decisions. Four of the works are black geometric shapes, either rectangle or rhomboid-esque that are inserted in the frames, allowing for negative space to be a part of the composition and the wall to become integral with the work. 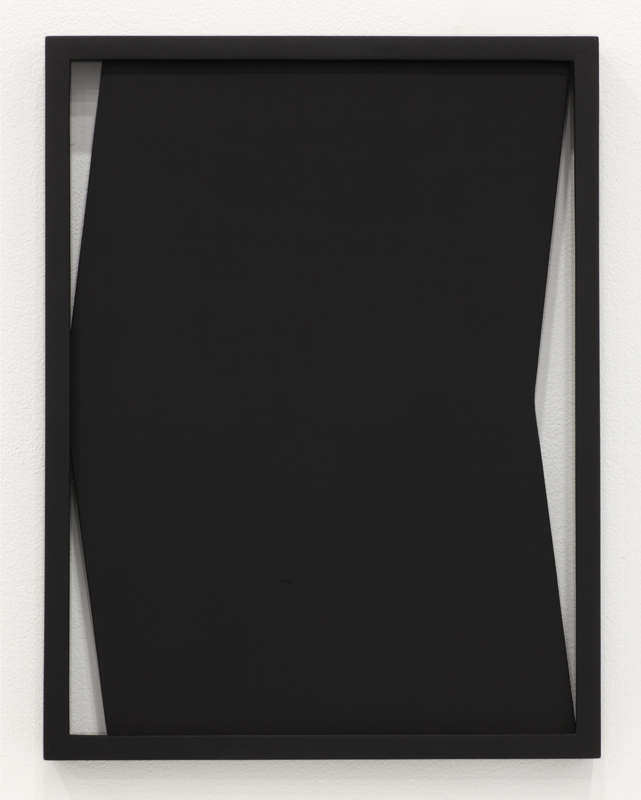 As individual pieces the work in the show is rendered with supreme care and perfection, to which can be chosen many favorites. By presenting the work in this monotone, “black and white” way, the objects become ordinary as the everyday, as the title of the exhibition, “Ordinary Objects” implies. But the work is most impactful as a conceptual whole—a replicative history of art retold in Glenn’s visual language for the contemporary moment—frozen in time as testimonial to the age old question: “what next?”