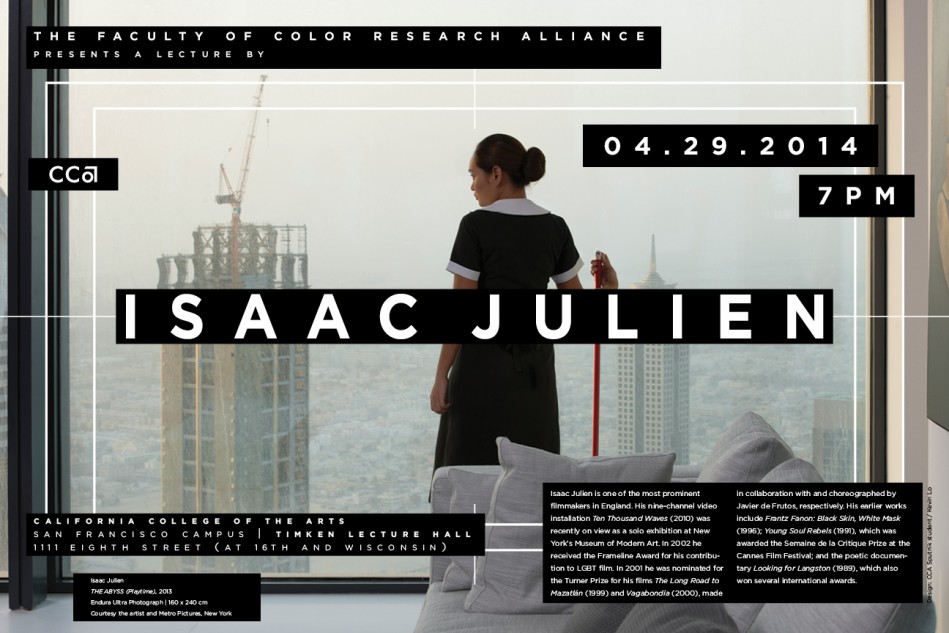 On Tuesday, April 29 at the California College of the Arts, San Francisco is a lecture by Isaac Julien, one of the most prominent documentary and feature filmmakers in Britain. Julien is receiving the Persistance of Vision Award from the SF International Film Festival, and his film, “Ten Thousand Waves,” recently shown at the MOMA in New York, will screen for audiences Sunday, April 27, at 3:30 p.m. In 2002, he received San Francisco’s Frameline Award for his contribution to LGBT film. In 2001 he was nominated for the Turner Prize for his films “The Long Road to Mazatlan” (1999) and “Vagabondia” (2000), made in collaboration with and choreographed by Javier de Frutos, respectively.