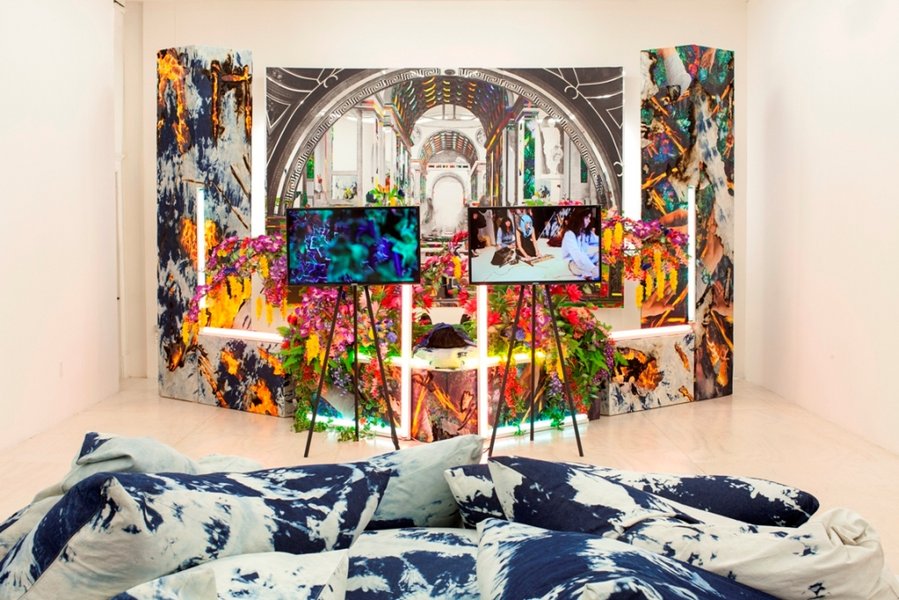 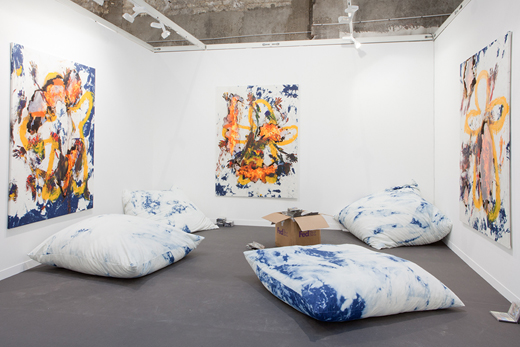 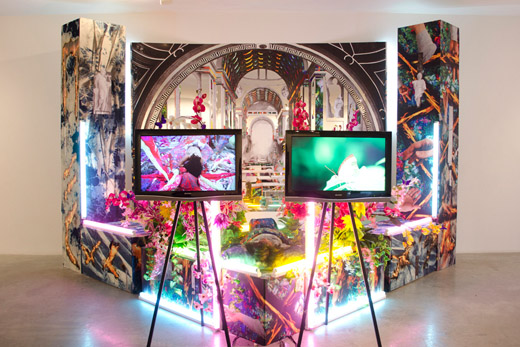 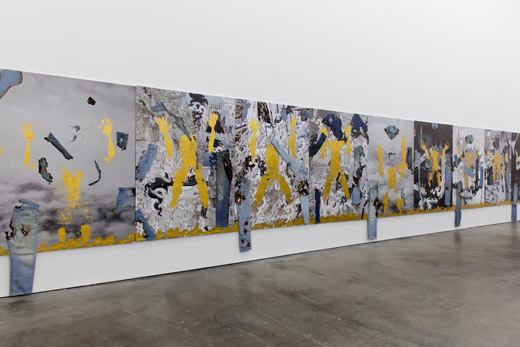 Currently on view at MoMA PS1, New York is a solo exhibition by Thai artist Korakrit Arunanondchai. For his first museum exhibition Arunanondchai presents “2012–2555,” a large-scale installation which is the first in a trilogy of video-installations. Shown along with “2012–2555″ are three series of paintings generated from different videos. “Untitled (Muen Kuey),” was born from “2556,” the second video in the trilogy.  Also on view is “Untitled (History Painting),” which attempts to make a connection between the history of Western painting and the shift in global commerce and consumption. Lastly is “Untitled (White Temple Paintings),” which uses footage of a famous temple in Northern Thailand called Wat Rong Kun (White Temple), which was designed and produced by the artist Chalermchai Kositpipat.

Bangkok-raised artist Korakrit Arunanondchai engages a myriad of subjects such as history, authenticity, self-representation, and tourism through the lens of a cultural transplant. His work seeks to find a common ground in artistic experiences through a pastiche of styles and mediums.

Korakrit Arunanondchai is on view through May 25, 2014.