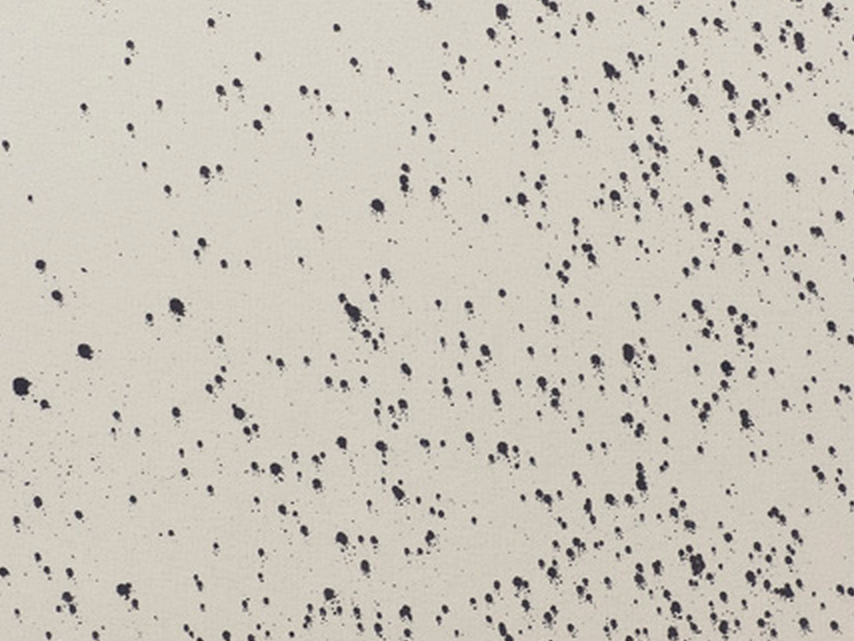 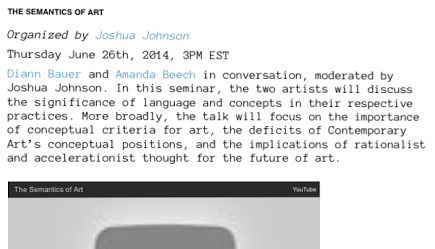 We’re all used to limp conversations about “practice” which can mean anything to anyone without marble-plinthed pressure. As a student I used to think “practice” was nice: viewing art an ongoing process instead of the production discrete things. Talking with Carolee Schneemann recently she announced, “I don’t have a practice. I am a visionary artist—visionary artists don’t practice”. Roberta Smith said as much in 2007 when she thoroughly debunked the word in the New York Times: “The impetus behind practice may be to demystify the stereotype of the visionary or emotion-driven artist, and indeed it does. It turns the artist into an utterly conventional authority figure.”

Seven years later we say “practice” more than ever, firmly entrenched by triumphant financialization. “Practice” is a professionalized term; it is something that can be regulated, quantified, explained. The fact that crypto-corporate educational institutions are so happy to develop programs in “Artistic Practice” should clear up any doubt about its true aim.

A friend once told me they were in an elevator with Dore Ashton when someone glamorous like Philip Guston stepped in. The first thing she asked was “how’s your work?” I thought it was terrific to be so tough, so mid-century, so down and dirty about art making. As many friends know I often conjure my best Dore Ashton drag to ask “how’s your work” when running into them. I like it because I hate chit-chat—instead tell me how the surfaces of your paintings are shaping up (or tell me about your sex life if it is interesting.) Of course talking about “work” shares a root problem with “practice” in its relation to economics—it makes art your “job”.  I agreed with Dorothea Rockburne when she told my class at BHQFU “I don’t believe art should be given a job, any form of job whatsoever.”

In his recent article Jerry Saltz asked: “why does so much new abstraction look the same?” Perhaps it is because so much of our language sounds the same. Saltz is one of the few distinctive voices on the bland horizon of contemporary art writing, which is mostly all “Zombie Formalist Art Criticism”—a kind of journalism without facts, sensitivity or style. In part this is the result of “Curatorial Studies” curators, “Contemporary Art” historians, and “Masters of Fine Arts” artists all reading the same books, literally and figuratively, most of which aren’t particularly well written to begin with. Crapstraction’s homogenized formal language represents a larger flattening in the “art world”. For instance, if you are not having romances, adventures and heartbreaks then you cannot bring those experiences into your art or your perceptions of art. Likewise, if you’re not widely reading poems, sagas and pastoral novels your criticism will sound like press releases. It seems obvious that a ravenous market would like these young abstract artists precisely because of their inexperience: the paradoxically busy and vacant surfaces perfectly mirror the emotionally dead hustle of global capital. The real sadness is that those Zombie Formalists don’t know anything else or anything better.

No single person can offer a solution to these language problems because “language” is something we create together, in small groups between ourselves. As artists and critics we can change this by shaping our conversations toward what we care about, combing out jargon and crafting more acute descriptions of aesthetic sensations, feelings, and ideas. Part of that means finding ways to talk about what we do not as “practitioners” or “cultural producers”.

Next post In Conversation: Daniel Turner with Courtney Malick