Promises to Pay in Solid Substance 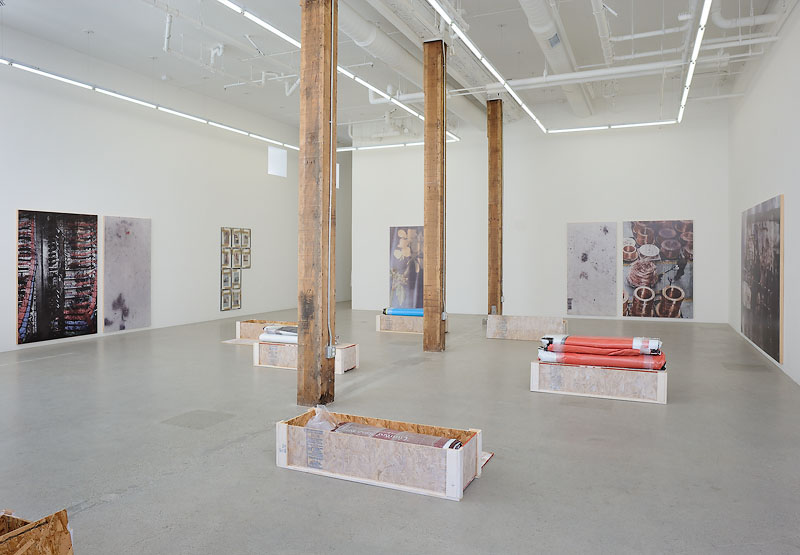 What does it mean today to create an image? Or an object? A lot less than it did a thousand years ago, 100 years ago, or even five years ago. The move towards digital interfaces in commerce (in San Francisco even servers are being replaced by iPads) has led artists to investigate the increased flattening of information and resources. Despite this total digitization, there is an inherently physical side to commerce; one that is as unsexy and unromantic as it ever was.

In Promises to Pay in Solid Substance, Hugh Scott-Douglas draws our attention away from the romantic ideals of global commerce towards the mundane realities of the manufacturing and shipping industries. Through his sculptural objects and a series of prints, he presents us with vessels for the ephemeral proving that even the Internet needs a physical counterpart to exist.

The exhibition is comprised of four series of works that all take a different approach on this concept. His Economist series features manipulated stock photos scanned from The Economist: machines in a server room, coils of copper, cigarettes, reams of paper, dust bunnies. The work is dry in the way that stock photos are meant to be. Their purpose is to demonstrate or decorate rather than challenge the viewer. Scott-Douglas’s process of producing the images, a multi-step manipulation of the original magazine image, creates a sense of nostalgia around the subject matter. The Economist works are paired with the Screentones series—prints of photographed dust bunnies on a cement floor. While I find these images almost comedic in their magnification of discarded everyday matter, they do well as a foil to the Economist series’ macro view of the manufacturing industry. 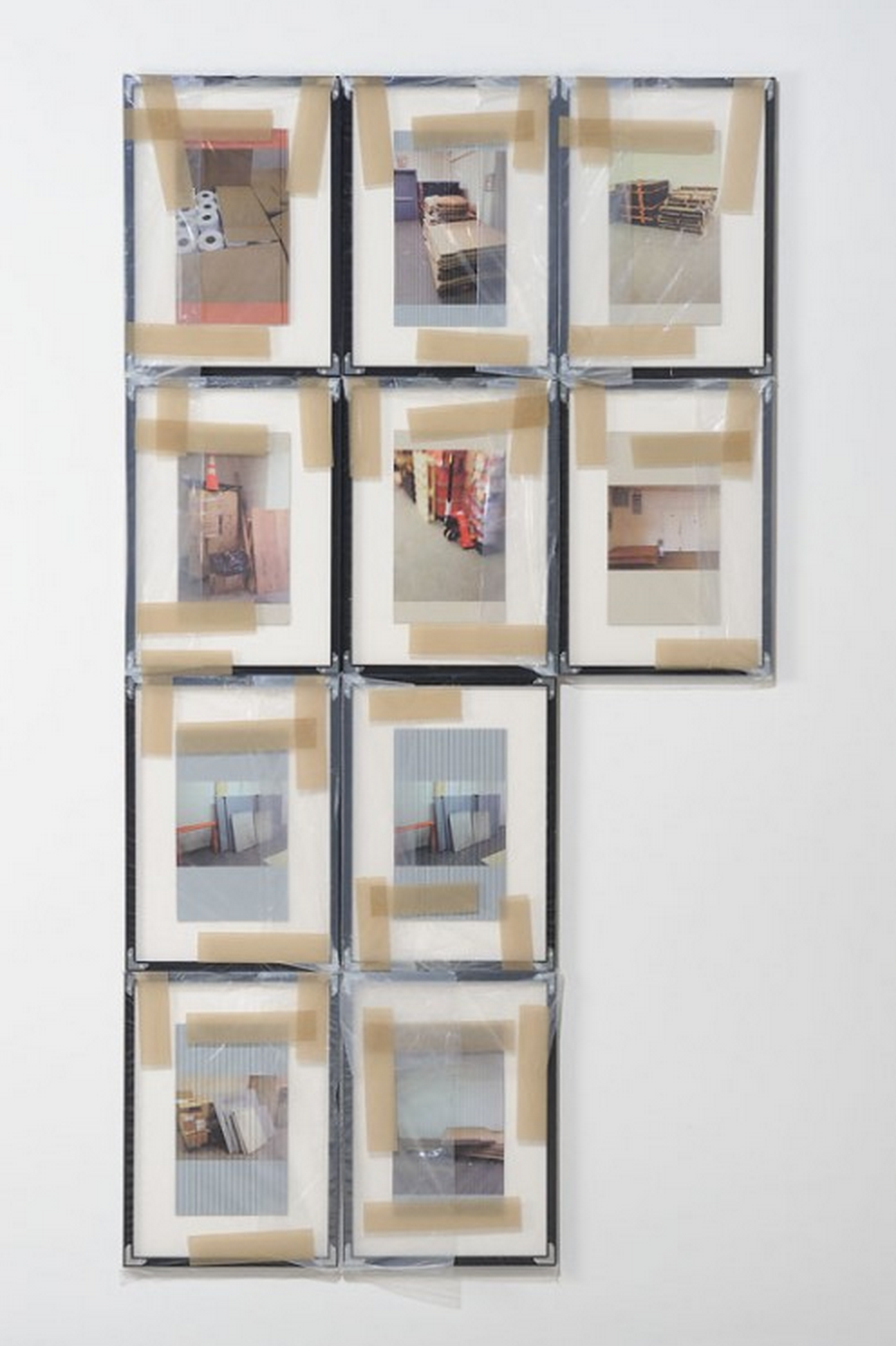 What is a more pure example of the transformation from digital to physical than online shopping? You go onto a computer, click on a picture of something you like, money transfers magically from your account to the store through online banking, and a few days later the actual object shows up at your doorstep. Scott-Douglas’s Amazon.com series are wrapped, framed photographs of boxes and packing materials from the Amazon shipping center next to his studio. These pre-packaged sculptures embody the transitory nature of business and lack of preciousness around ideas. Their final state is liquid, existing both as artwork and as a commodity that is ever ready to be shipped to the consumer.

Heavy Images are sculptures that read like the “death of the image.” Old billboard prints are wrapped and placed in boxes and shipping pallets like bodies in coffins. Their corporeality points to the vessel-like quality of platforms like the billboard or other materials where digital images are miraculously transferred from data to a physical manifestation.

Scott-Douglas’s preoccupation with the transformation of ideas and technology into something physical is ultimately a search for meaning in the visually/spiritually bankrupt culture of big business. Rather than finding a happy ending, the exhibition seems to tell a sad story about the cyclical nature of creation and destruction in commerce and image making.

Installation view of Promises to Pay in Solid Substance.