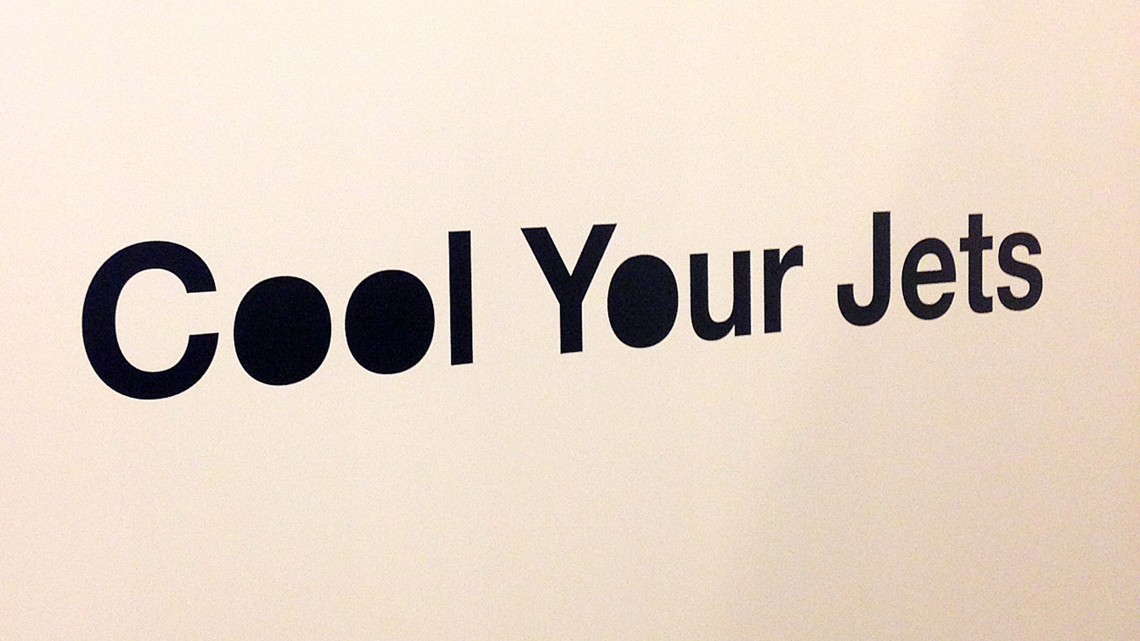 “Angry abstraction” is a useful term when describing the bulk of the work on view at the Independent Art Fair. Most of the installations and the artists creating them deal with the abject, the macabre, the subversive, the kind aggressive imagery that’s intended to scare off an unseasoned art-goer. This fair is a garden, where the first harvest goes to curators and directors of institutions such as the New Museum, the ICA Miami, the Serpentine, MoMA, and the Drawing Center. Countless art advisors scramble for even seconds of attention from each gallery’s staff, as they vie for works from established programs such as Peres Projects, Maureen Paley, White Columns, David Kordansky, CANADA, Sprüth Magers, and Michael Werner. No matter how unapproachable the fair (and its exhibitors) may seem, Independent never fails to draw the most cerebral of the crowds in town for Armory Week. 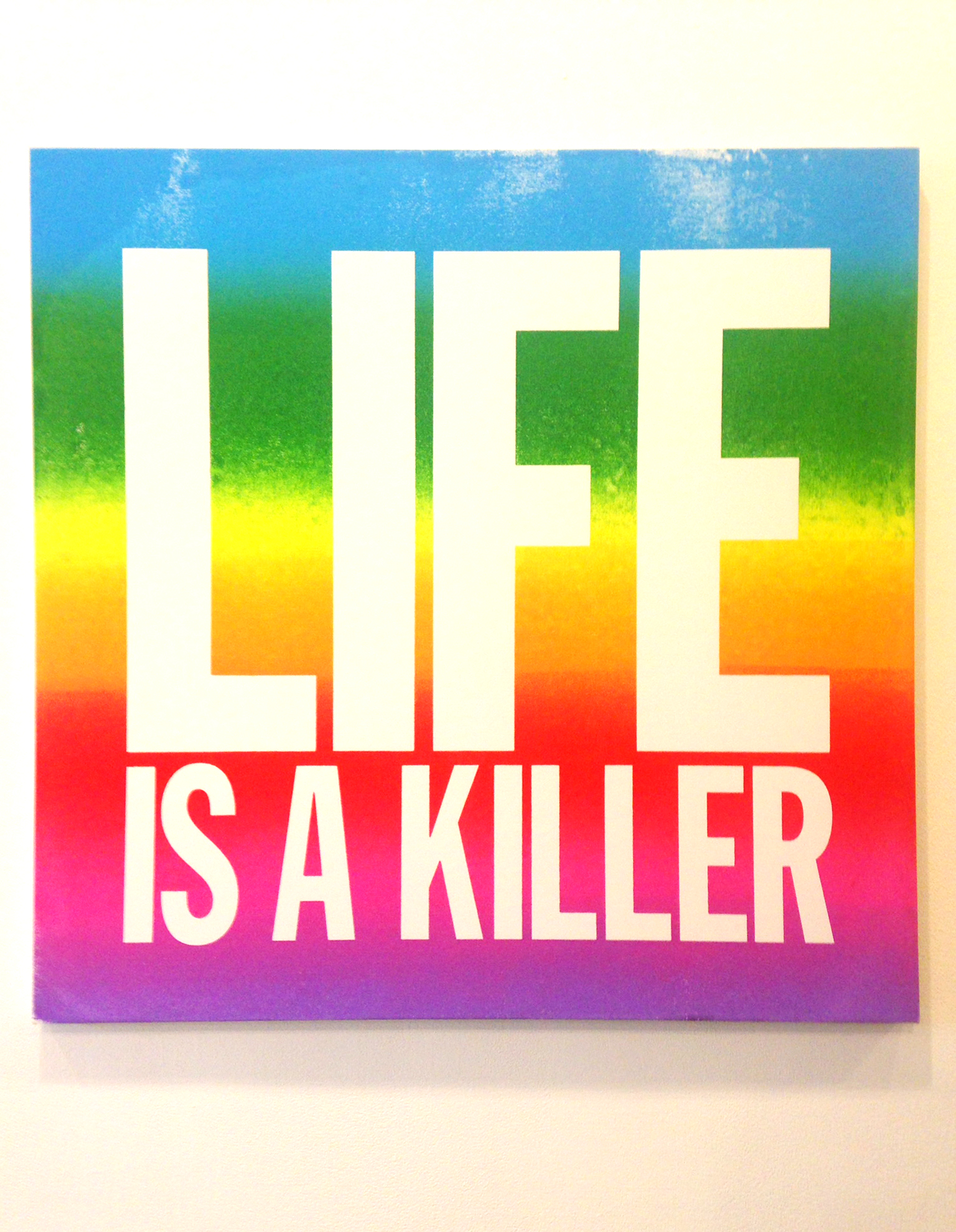 John Giorno, “Life Is A Killer” (2015). Screenprint, enamel on canvas. Courtesy of the artist and Elizabeth Dee Gallery, New York.

What was different about this edition, from others past, was the addition of programs from outside long-established locales such as New York, London, Zürich, and Berlin. The first appearance of Galería Agustina Ferreyra (San Juan), and the second appearances for House of Gaga, Labor, Kurimanzutto (Mexico City), and Mendes Wood DM (São Paulo) reflected a general rise of institutional interest in new media from Central and South America. Galleries from Chicago (Corbett vs. Dempsey), Vienna (Galerie Emanuel Layr), and Copenhagen (Christian Andersen) were present, as well. 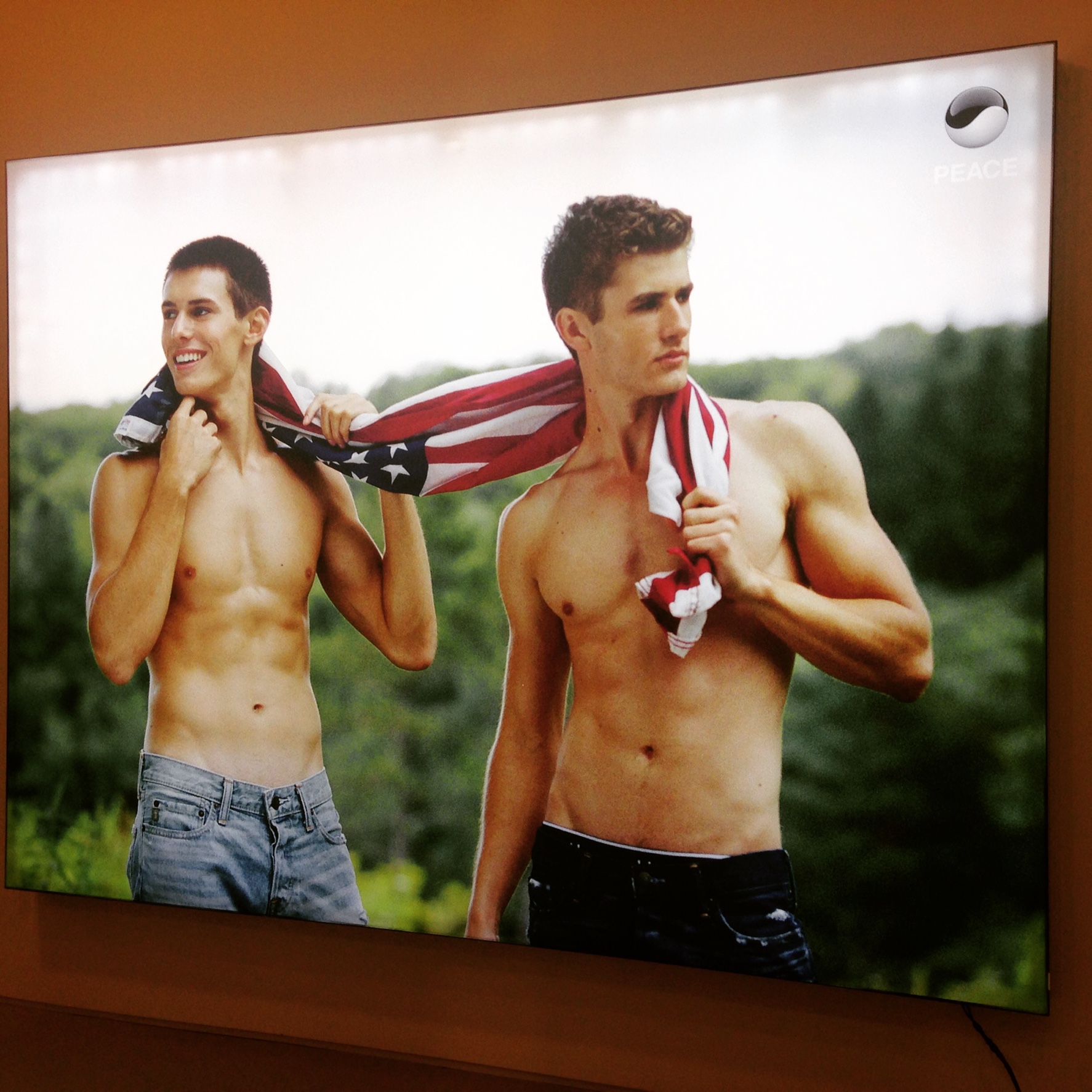 It is not just the ever-growing, globalized milieu of the fair that attracts visitors, but also the appearance of works created before the year 2000. Like the mega-fairs such as Frieze, Art Basel, ARTISSIMA, and FIAC, Independent seeks out programming that reveals the foundations of contemporary art as we know it. New York-based Broadway 1602 delivered a stunning presentation of works from Rosemarie Castoro, one of the few female minimalistswho started her career in the late ‘60s (she was Carl Andre’s first wife and was friendly with artists such as Lawrence Wiener, Sol LeWitt, Robert Smithson, and Agnes Martin). Croy Nielsen, hailing from Berlin, presented an arresting series of mounted black-and-white photographs from Mitchell Syrop, an artist who began working with photographs and subliminal text used in public advertising in the late ‘70s and early ‘80s, later moving into film and creating mass collages of yearbook pictures. Michael Werner’s series of A.R. Penck paintings were uncomplicated, pure nods to Primitivism (his made his first appearance with the same gallery in their former Cologne location in 1968). 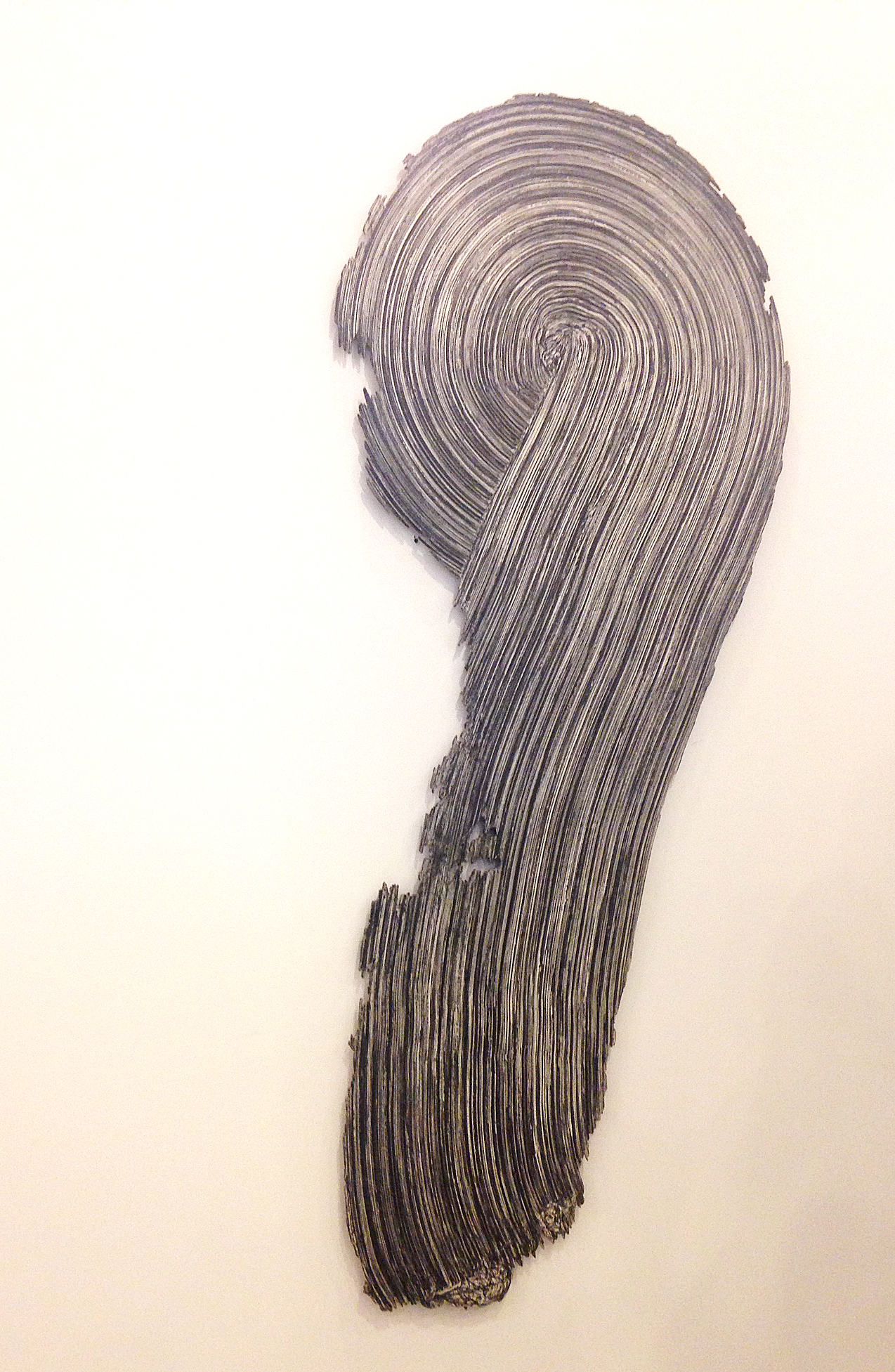 There were new works that also deserved a second look. Timur Si-Qin’s unusual branding strategy (a yin-yang symbol minus the dots, with the word “PEACE” below it) was deployed on a set of pink, neon-lit pillars and a large lightbox that recalls the pubescent, almost homoerotic sizzle of Abercrombie & Fitch marketing from the late ‘90s, courtesy of Société (Berlin). Another Berlin outfit, BQ, set up a faux flea market of found paintings, subtly altered with white highlights and additional strokes by Dirk Bell. Ever the master of power minus the pomp, Liam Gillick’s deadpan, vinyl wall text “Cool Your Jets” for Maureen Paley took on a strange quality beyond language (as the open sections of the “o’s” were blacked out). 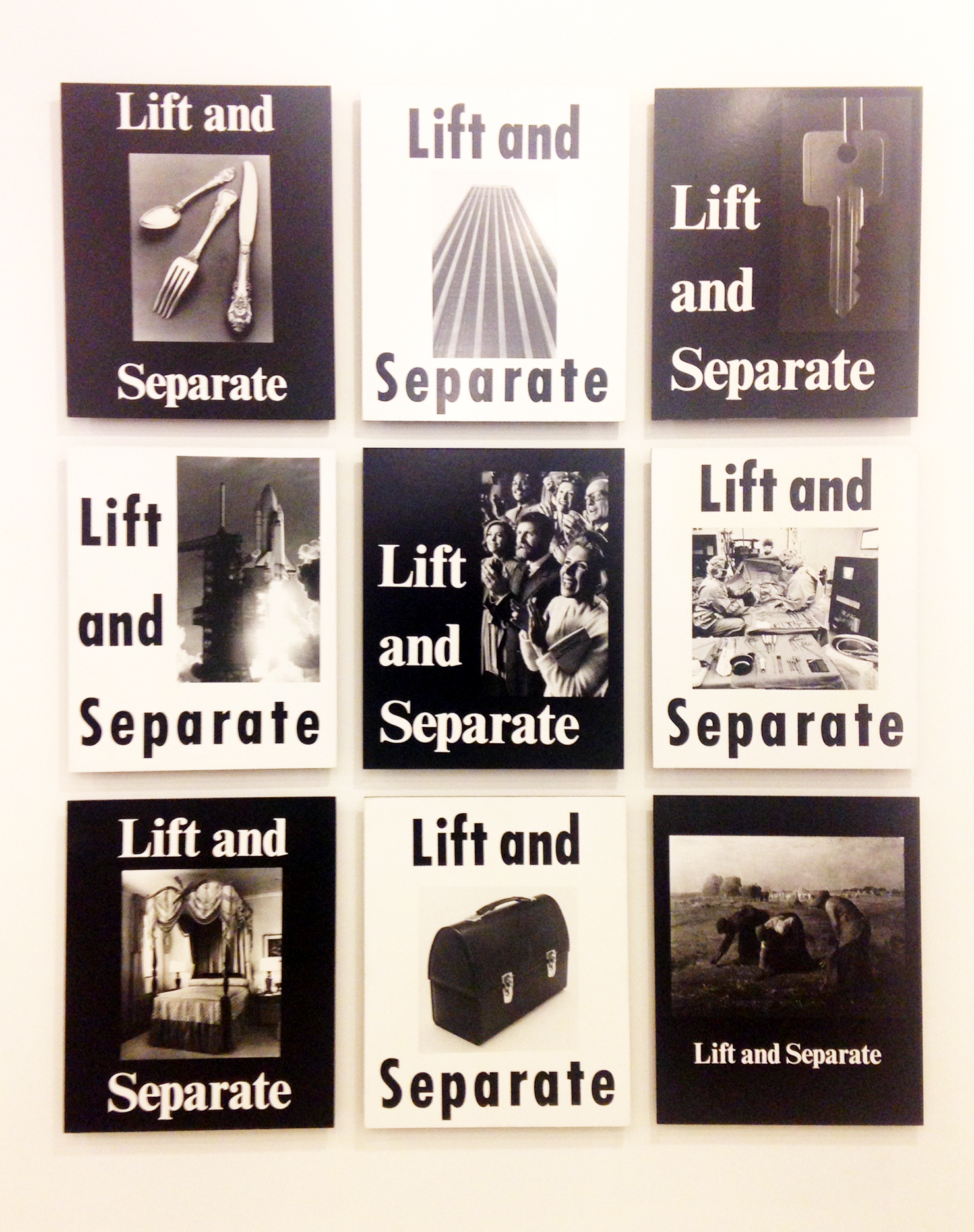 Mitchell Syrop, “Lift and Separate” (1984). Black and white photographs mounted on board. Courtesy of the artist and Croy Nielsen, Berlin

It’s fair to say that this year’s iteration of Independent was even more profitable, more critically acclaimed than the year before. But it’s also equally fair to assume that this statement of triumph will be said with each edition that follows it. So what might the fair look like in two, perhaps five years time? We may well be looking at the genesis of an entirely new grade of contemporary art institutions. There’s surely enough star power, and enough brain power, to form a little museum here.

Next post Mark McCloud: In Conversation With V. Vale