Pick of the Litter: Previewing the 58th SFIFF 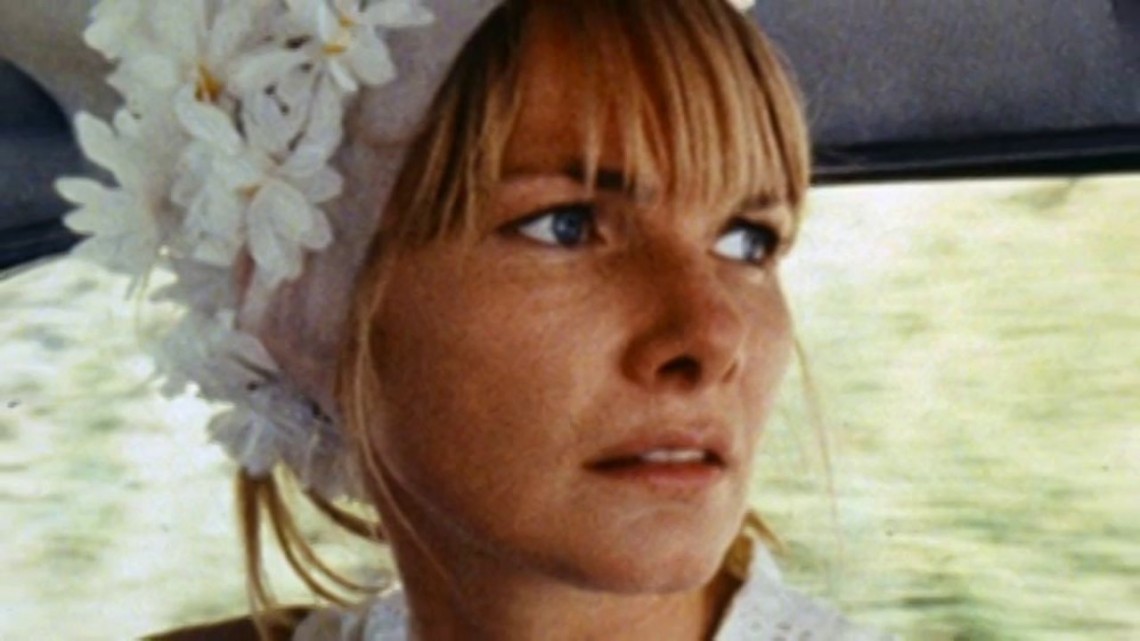 The San Francisco Film Society has endured more than its share of institutional upheaval over the last several years. The expansionary period of Graham Leggat’s tenure as director ended suddenly with his death of cancer in 2011. His successor Bingham Ray suffered a fatal stroke only months after accepting the position, leaving indie-film booster Ted Hope to fill in for a little more than a year before sailing for a CEO position at Fandor. This year’s festival is the first steered by former Toronto International Film Festival programmer Noah Cowan, and he seems to have brought a measure of stability to the program (as well as TIFF’s unfortunate trademark of vague thematic groupings like “Vanguard” and “Dark Wave”). While the list of honorees and live performances at the front of the catalog plays it safe to a fault (Guillermo del Toro, Richard Gere, Miranda July, Paul Schrader, and the Kronos Quartet accompanying a film by Bill Morrison—all of whom might have been featured a decade ago), that’s more than made up for by 35mm revivals of the two of the wilder artifacts of the New American Cinema (Brandy in the Wilderness and Wanda) as well as a whole raft of rewarding small films.

Start by circling Sergei Loznitsa’s Maidan on your calendar, an architectural study of Ukraine’s 2014 revolution with a strong and subtle sense of form. Loznitsa, who made several experimental documentaries before his narrative breakthrough My Joy (2010), jettisons both identification figures and the telegraphed urgency of cinema-verité camera in his rigorous depiction of the square. Each shot unfolds at a fixed distance, with sufficient duration and density for our attention to wander the sights and sounds comprising the body politic. Rather than seeking to explain or otherwise package the protest movement, Maidan testifies to its actuality in time and space: the interminable waiting and loitering; the gap between the nationalist speechifying from the main stage (typically off-camera) and the small-bore interactions between fellow citizens; the spontaneous sparks of civil society, like when a leader reminds a volunteer to don a protective mask as he packs sandwiches.

One of the most striking aspects of Maidan’s approach is the way that the film’s unshakeable camera (save for one key scene) lends itself to capturing the quality of a waking dream typical of direct action. Even when the battle between protestors and Yanukovych’s police reaches a fever pitch, with medics crisscrossing the square and a loudspeaker voice pleading for reinforcements and caution, large sections of the crowd are still milling around. At moments like these, the images seem closer to Brueghel than the nightly news, and Loznitsa seems on the verge of a new form of epic poetry chiseled from the pitiless clarity of HD recording. Implicit in the film’s multiple points of focus is that the meaning of these images, as with the events they represent, is yet to be deciphered. 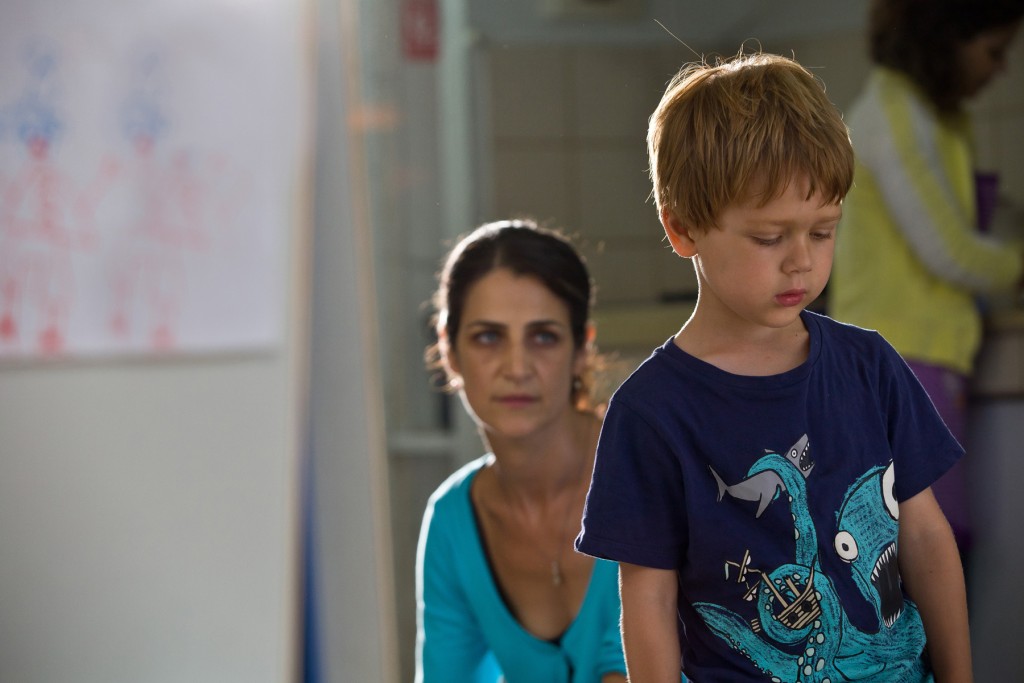 As a psychologically nuanced drama insinuating a broader social malaise, Nadav Lapid’s The Kindergarten Teacher is recognizably an art film, but one in which ambiguity is not a rigged conceit but rather the outcome of a genuinely searching plot. The film traces the wayward path of Nira, an Israeli schoolteacher who becomes increasingly obsessed with her student Yoav’s strange gift. Ordinarily a normal if diffident kid, he occasionally enters a trance-like state and spontaneously composes verses laced with Biblical allusions and meditations on love and loss. Nira is greatly moved by this raw genius and, more to the point, convinced that she is the only one to recognize and nurture it. The camerawork in the classroom is extraordinary, deftly navigating the space in such a way as to limn the intangible boundaries between the perceptions of children and adults. One of the wonders of Lapid’s film is that it manages to feel so airy and spacious while cinching the focus around the teacher’s devotion to Yoav’s poetry, so that Nira’s deepening estrangement from her family and her society is conveyed by the film’s very scope. 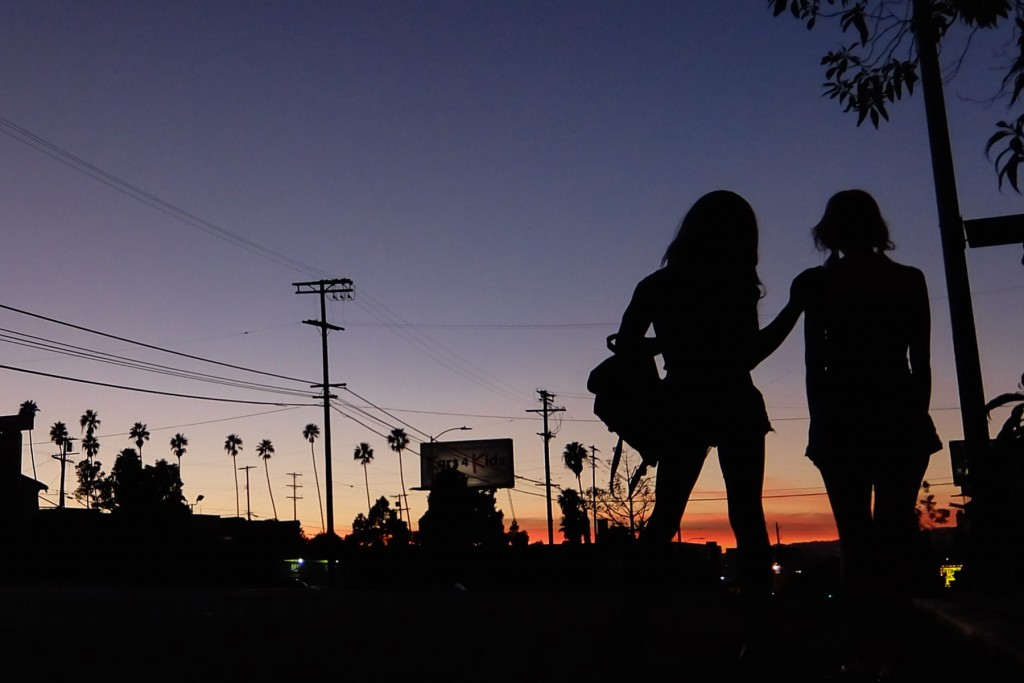 Of the many SFIFF titles fresh from Sundance, Sean Baker’s Tangerine is definitely worth a look for its hectic slice-of-life of two transgender sex workers hoofing around Hollywood. Baker’s decision to shoot the movie with iPhones results in a predictably over-saturated color palette; more impressive is the way the commonplace cameras imbue the drama with some of the immediacy of street theater. The first third of Tangerine plays as a frantic barrage of music cues and juicy slang begging comparison with Spring Breakers (2012). Freshly sprung from a month in jail, Sin-Dee is on the warpath for her boyfriend-pimp after her friend Alexandra lets slip that he’s been cheating—a slender premise in the grand tradition of neorealist classics like Bicycle Thieves (1948). So is the fact that the protagonists are on foot, though the other half of Tangerine’s bifurcated plot follows an Armenian cabbie seeking relief from intolerable fares and an overbearing mother-in-law. As the two sections converge back on the Donut Shack at Santa Monica and Highland—one of many memorable low-rent locations—Tangerine makes good as the rare comedy that’s genuinely curious about the reality of its characters. 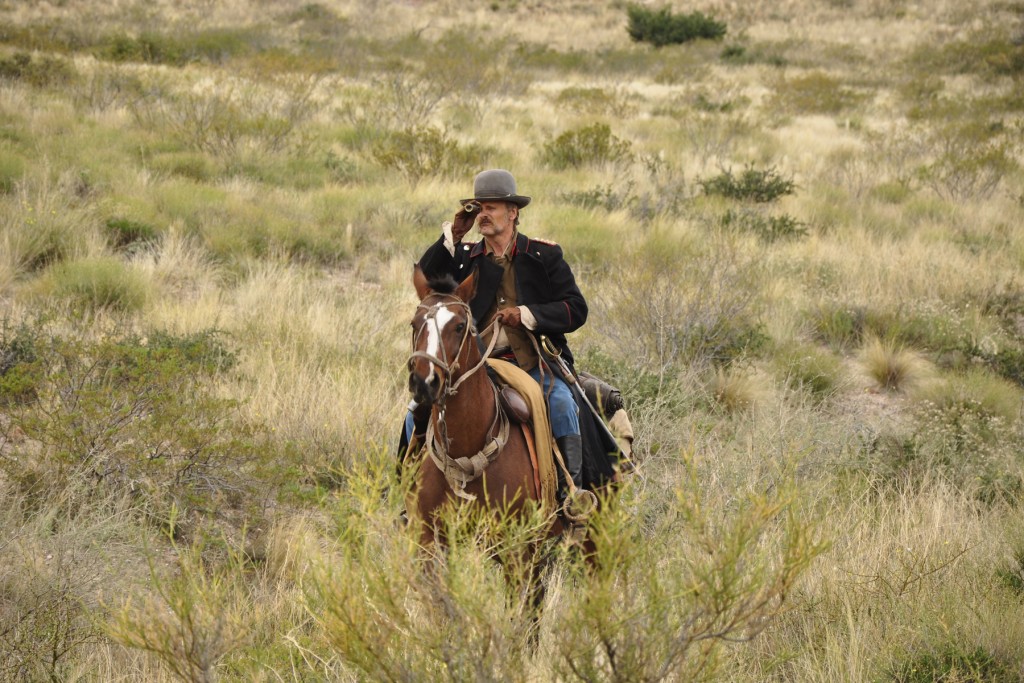 Among the other titles I can safely recommend are South Korean master Hong Sang-soo’s quietly dazzling comedy of displacement, Hill of Freedom; Results, Andrew Bujalski’s sharply observed romantic triangle set in the personal trainer milieu; and The Iron Ministry, J.P. Sniadecki’s looming documentary survey of China’s passenger trains. I’ve already written about The Royal Road elsewhere, but suffice to say that it will be great to see Jenni Olson’s San Francisco-specific reverie on unrequited love and forgotten history play in Japantown. I’m also looking forward to a second crack at Jauja, Lisandro Alsonso’s frankly mystical quest across Patagonia rendered in an intensely clarified 1:33 frame. For all its grandeur, though, Alonso’s western can’t touch the ragged beauty of another drifter’s lament: Barbara Loden’s Wanda (1970), showing at the Castro in a 35mm restoration print from the UCLA Film and Television Archive. An existential getaway movie focused on an unremarkable yet utterly tenacious woman (played by Loden herself) cut loose in a cruel world, Wanda’s subversion of genre conventions gives the lie to comparatively facile road movies like Easy Rider (1969). The novelist Rachel Kushner liked it enough to dedicate several pages of The Flamethrowers to recounting its plot. She’s the reason the film is playing SFIFF, but I leave the last word to Marguerite Duras, who pointedly begins her interview with Loden’s ex-husband Eliza Kazan with the following declaration:

I mean to use all my energy to make certain that this movie reaches the French public…I think that there is a miracle in Wanda. Usually there is a distance between the visual representation and the text, as well as the subject and the action. Here this distance is completely nullified; there is an instant and permanent continuity between Barbara Loden and Wanda. (from “The Tremulous Man” in Green Eyes. Conversation with Elia Kazan, Hotel de Crillon, December 1980).