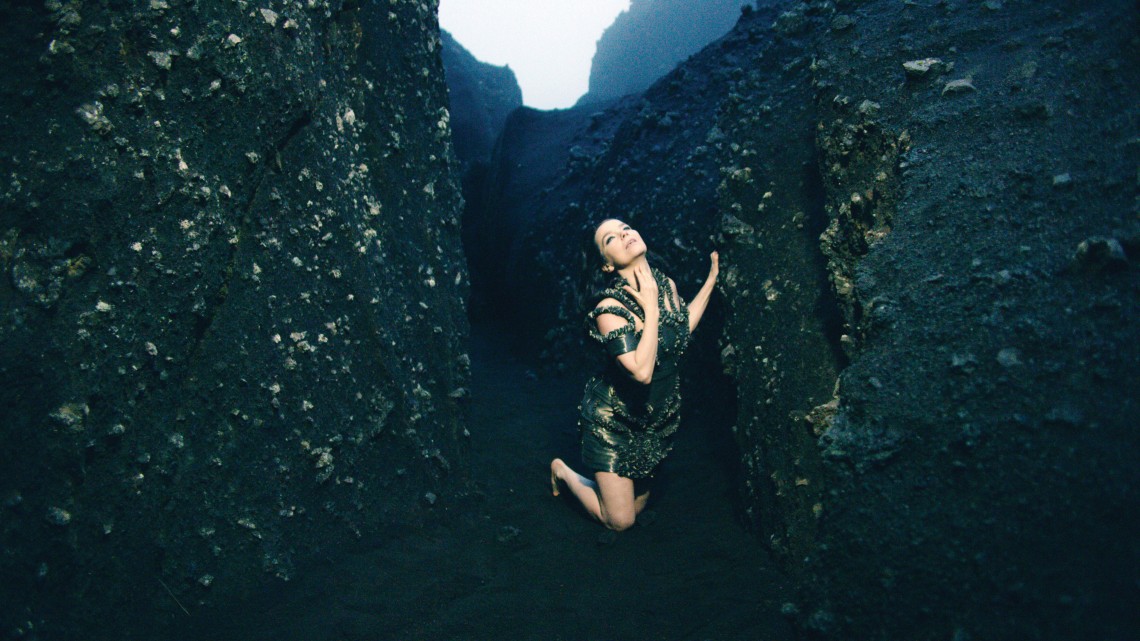 With her marriage finished and perhaps her artistic reputation to boot, the esteemed Icelandic beauty is on the skids.

Björk offers an exhaustive survey of the singer and composer’s 20 years of innovative and sometimes controversial projects in a three-floor installation of sound, film, costumes, and instrumental objects.

“What could go wrong?” Björk said in an interview with Barbra Walters last year at her summer home in Selfoss, Iceland, currently on the market. “I‘ve always said I could bang out a museum show. Is it cold in here?”

Yet just one month into her retrospective at the Museum of Modern Art in New York, Björk is facing international upset over the self-absorbed and one-dimensional nature of her solo show. On Thursday, Art Forum asked Ms. Björk what she thought of the scathing public opinion; her response: “Do you have a mint?” 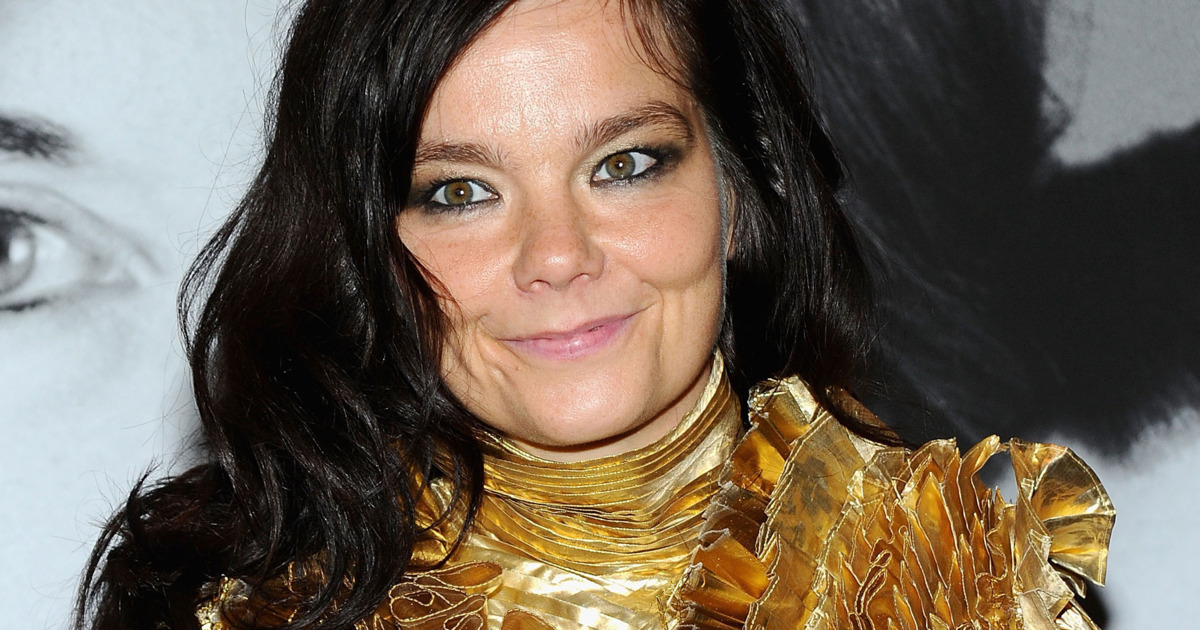 And solo she is, after 10 years married to multimedia artist Matthew Barney. “I just . . . I just can’t anymore,” Mr. Barney tweeted two years ago during early talks of her retrospective with the hash tag “#iQuit.” That same year their two children, Wednesday and Pugsley, had reportedly run away in either a desperate attempt for a normal family or in a primal exchange of sibling love. 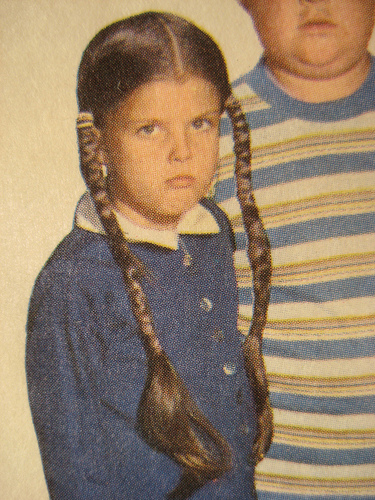 “Yeah, their unhealthy obsession with latex and all-night screeching is really a turn-off,” said Pugsley.

After the opening of Björk last month, long-time friend, critic, and faded television personality Jerry Saltz protested his no-invitation to the after party by burning his (expired) Cross & Bones MoMA press pass in a fit of calculated hysteria. Reciting an unknown prayer, Saltz proclaimed, “No longer shall private previews, hors d’oeuvres, and cocktail receptions burden me!” 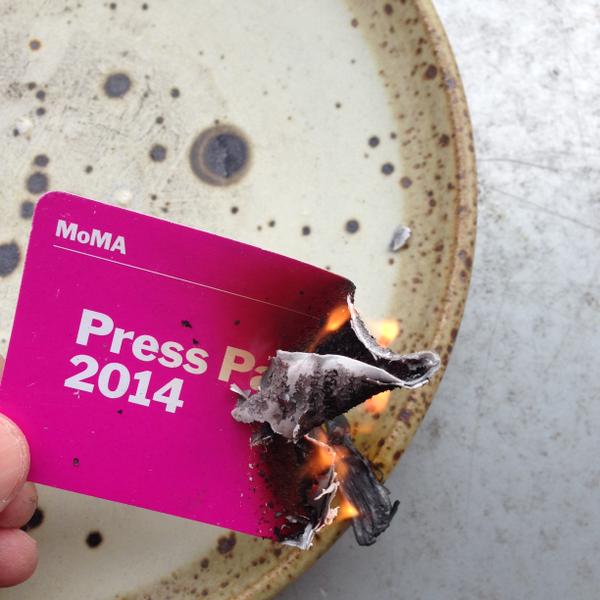 To observe his tantrum were frugal museum-goers waiting in line for UNIQLO Free Friday Nights, largely distracted by a three-legged passing Yorkshire and the appetizing scent of an adjacent Halal cart.

That same evening, Björk was later seen at the nearby BDFM line on West 48th street, trumpeting a fistful of jewelry, shrieking “do you know who I am bitch,” as she looked into an unimpressive sunset. “I am the Army of Me!”

An eyewitness reports having asked her for directions only to have her necklace ripped from her shoulders and eaten by the Nordic celebrity herself. 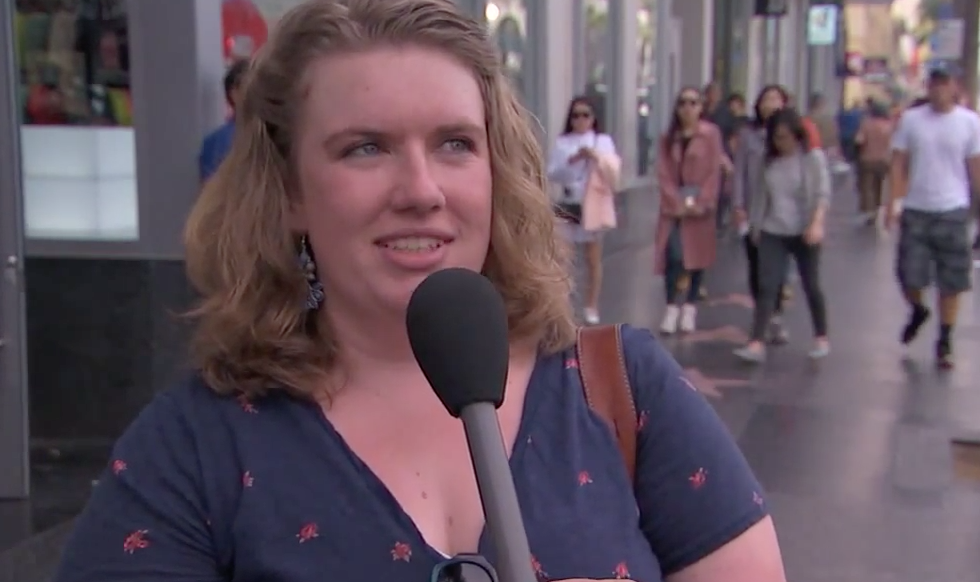 “It’s my first time in New York and I was so excited to meet Kate Bush,” said 36-year-old Pam Shriver of Pensacola, FL. “Who knew silver was edible?”

To compound the unfortunate evening, ex-husband Matthew Barney was seen pacing the museum premises, pondering if he should dress his hotdog with crude oil or liquid mercury. “Is it ‘hotdog’, or a ‘hotgod’?” he barked aloud. 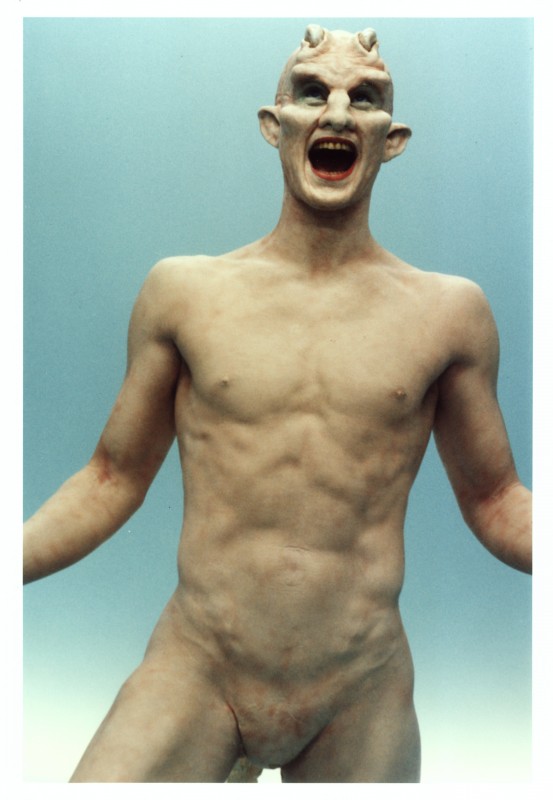 He refused questioning, and when asked to confirm the spelling of his last name stated tunefully, “I love you, you love me . . . but do you really?”

Facing international art world backlash over Björk, museum curator Klaus Biesenbach had this to say to Sunday Edition as of this morning: 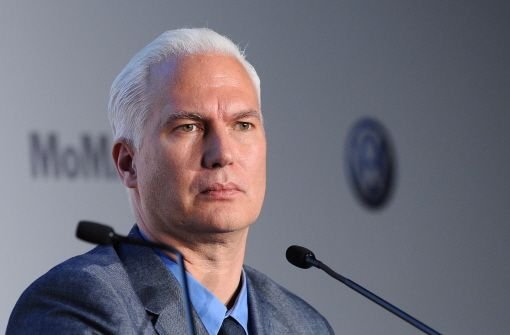 Themed after the dissolution of her 10 year marriage to Mr. Barney, the chanteuse is releasing her ninth solo album, Vulnicura, offering an eclectic array of barks and hiccups in her signature electro-trip-hop style that her mother calls “a beautiful, ill-conceived disaster”. 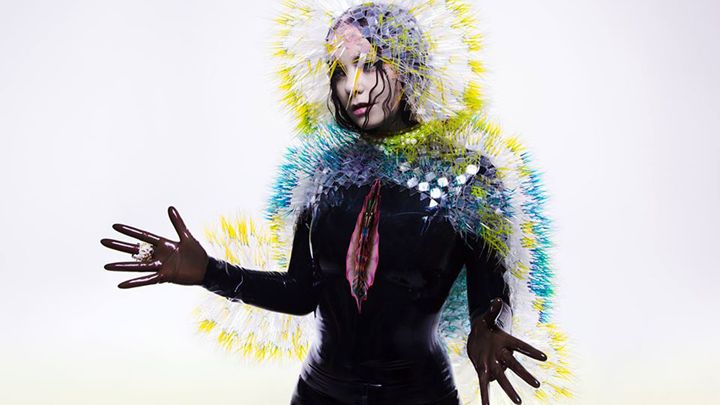 According to Time Out, Ms. Björk has pledged to perform at mental health facilities across the United States and Europe. “She’s got hookups there,” her agent insisted.

At the time of publication, Icelandic President Ólafur Ragnar Grímsson was not available for comment.

Next post Pick of the Litter: Previewing the 58th SFIFF 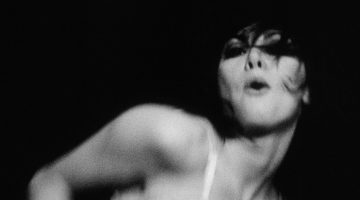 Bruce Conner: It’s All True at the San Francisco M