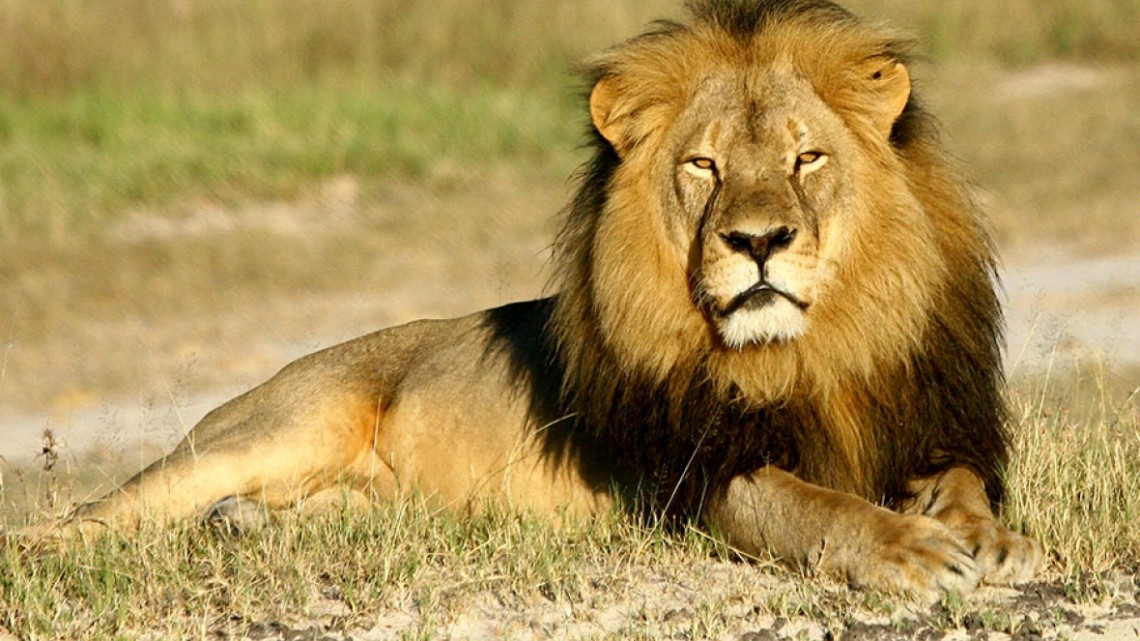 One month after the killing of Southwestern African lion, Cecil, in Zimbabwe’s Hwange National Park, the international outcry for justice continues.  The debate on poaching is at an all-time high, with Ted Nugent its lone defendant. President of the North American chapter of the Small Dicks Club, Nugent released the following statement:  “I support Walter Palmer, he killed a lion that needed to be killed and showed the country of Africa who’s really boss.”  The defamed dentist received the Medal of Manliness (measuring 3.5 inches) from the SDC, and was given honorary membership.

But here are 10 Facts and Theories Buzzfeed Won’t Tell You:

1)  Cecil was a womanizer 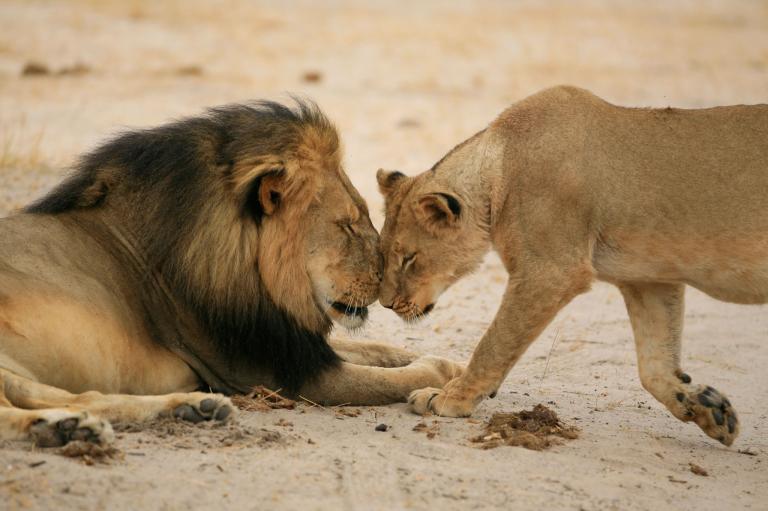 It is a little known fact Cecil was a “Gentleman of the Night”, who often came home with multiple shades of lipstick on his mane while reeking of cheap perfume.

Fearing for his own life, it’s speculated that Jericho in fact commissioned Walter Palmer to kill Cecil because he was actually boning his wife.  Although Cecil led a loveless and violent marriage, the revelation would undoubtedly drive him into a fit of homicidal rage.

3) Uncontrollable Addiction
The Cecil-loving mainstream media has been withholding medical records detailing Cecil’s rampant addiction to Catnip, a drug introduced to the refuge during the Reagan Administration. According to one document, “Cecil B. was checked-in by his brother Jericho to the Hwange National Rehabilitation Centre on January 6, 2003.  Upon admittance, our medical staff observed Cecil to be in an hysterical state of rambling incoherence.  It took 7 men to pry the glass Catnip-pipe from his scabby paw.” 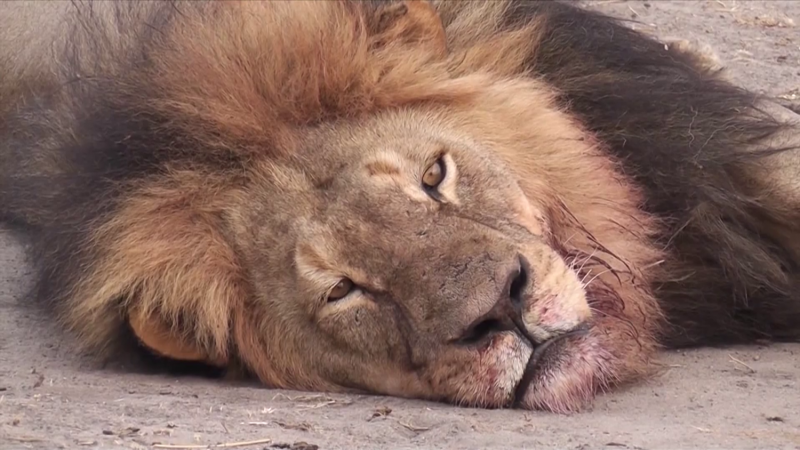 After losing the part of Simba to Jonathan Taylor Thomas, Cecil fell into a deep, self-loathing depression and suffered a mental breakdown.  He was rescued by Park employees manedown in a gutter mumbling “Hakuna Matata” while huffing gasoline next to an empty bag of whippets.  Three years later, he made full recovery.

5) He knew too much
An architect of the “Pawnzi-Scheme” that led to the great economic collapse of 2008, it’s theorized that Cecil may have been offed by the CIA in order to protect global national interests. It’s reported that Cecil was writing a tell-all memoir entitled Greed, Power and Why I Did It that would have exposed the key players in the financial crisis and their agenda for world domination. 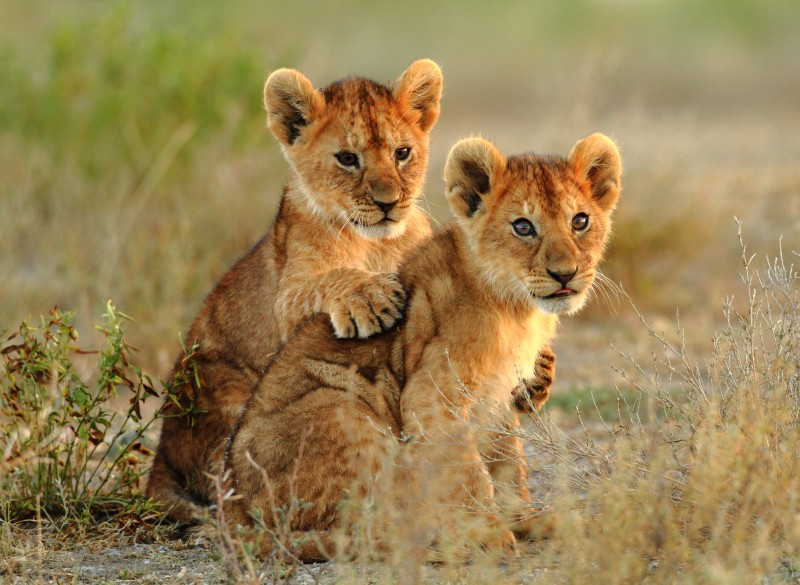 Cecil was known to leave his wife home with their cubs for weeks, sometimes months at a time while he painted the jungle red.  Witnesses recall seeing him on the boulevard where he spent all his time and earnings getting loaded at local Milk Bars while his wife battled AIDS at home all by her lonesome.  His regular absence contributed to the delinquency of his cubs, which are rumored to have dropped out of Jungle High earlier this year.

7) In Debt
In the wake of last months fatal shooting, it’s been revealed that Cecil in fact owed Dentist Walter Palmer a debt of $12,000, or 18 million Zimbabwe Bond coins, for his porcelain veneer implants. Cecil long denied such services, arguing his implants were in fact made from endangered elephant tusks that he bought and had fitted online.

8) Rivaled Fancy Feast
Before his death, Cecil and his gay business partner submitted a patent for “Fancy Beast”, a new brand they hoped would rival Fancy Feast. But through intense lobbying of local a state governments, Fancy Beast was nixed.  “Over my dead body” was the last fax to Fancy Feast Cecil ever sent.

With his career and marriage seemingly over, Cecil relapsed and once again found himself under the supervision and care of the Hwange National Rehabilitation Centre.  However 3 days after checking in, Cecil escaped by posing as a vending machine repair man, and within 48 hours, he was dead.  It is speculated that perhaps his murder was in fact another Suicide by Poacher, a popular choice in Southwestern Africa, where the wildlife have record high rates of depression and hopelessness.

10) Subscribed to the “Church of 9-Lives”
Lastly, what Buzzfeed won’t tell you is Cecil was a member of the Church of 9-Lives, a kind of Scientology doctrine promising its subscribers that if they are true believers they are guaranteed nine lives.  But it turns out Cecil, believing he had 8 more, only had one.

PS:  Poaching is a stupid sport for stupid people.  Show your support for ending this inhumane practice HERE.