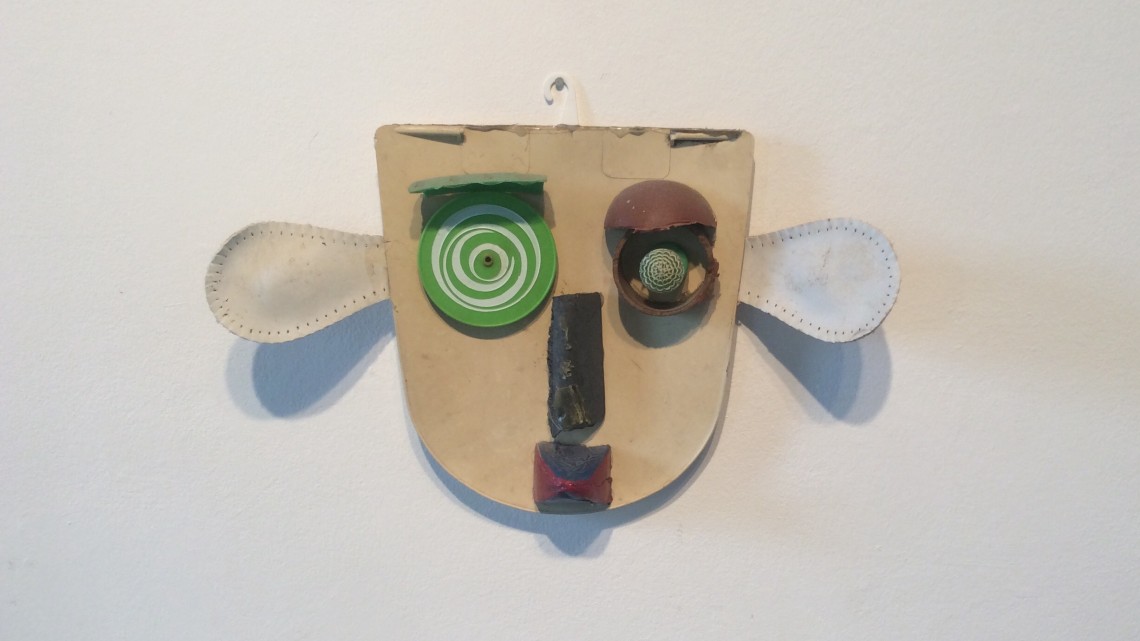 Umpteen years ago, Jerry Barrish moved to the coastline of Pacifica and was repeatedly told it was a mistake. At that time, the fog-shrouded residents of Pacifica were held in low esteem, with their littered shoreline, crumbling cliffs, and inability to provide even the most rudimentary of hospitality services befitting a California coastal enclave. Jerry was a pretty tough guy, being a bail bondsman and all, and wasn’t easily dissuaded. In fact, he came to appreciate the trash-strewn shore, drawn to the flotsam of plastic items, captivated by their multifaceted shapes, sizes, colors…and possibilities.

Aside from making a living in the bail bond business, gaining a reputation as the go-to guy extending relief to civil right activists in the sixties and seventies, Barrish studied film at San Francisco Art Institute, becoming well schooled in the history of Bay Area art, especially its heritage of collage and assemblage. Fashioning discarded plastic into representational configuration was yet another manifestation of whimsical West Coast assemblage. 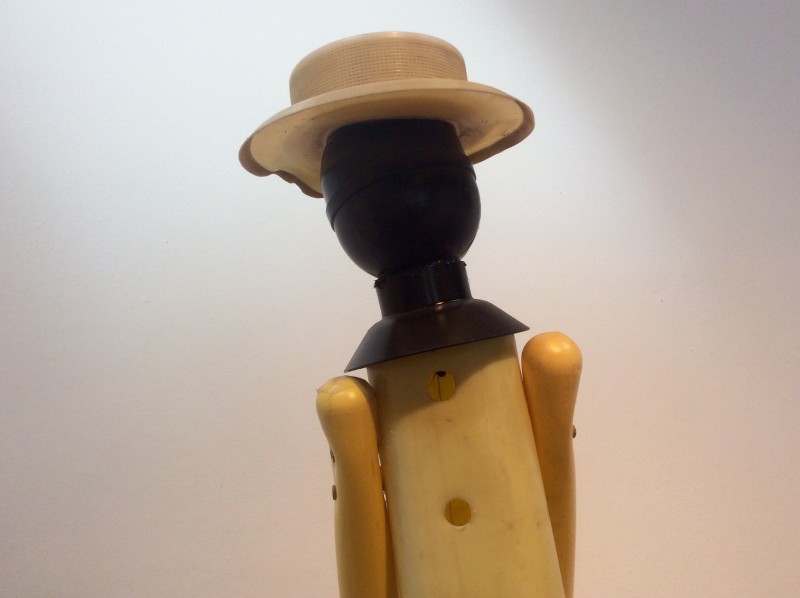 As the recent Picasso sculpture exhibit at MoMA, New York, reiterated, there is a well-established tradition of artists who reconfigure distressed consumer items into sculptural representation (say a bicycle seat as bull head). Barrish, like other artists, expound anew upon the shoulders of those coming before. Even when casting these items in bronze, as Picasso did, Barrish finds his own distinctive voice. Fabricating human interaction from abandoned plastics, adding a brush, nylon cord, Styrofoam float and other found materials for emphasis, he has gained a name for himself as one of the Bay Area’s leading assemblage artists.

Phil Linhares, former Chief Curator of Art at the Oakland Museum of California, states in the catalog, Jerry Ross Barrish: Assemblage Found Objects (Fresno Art Museum, 2009), “Barrish’s empathetic figures are more in the mold of Picasso, but with a difference…The initial experience of seeing great works in Europe was augmented by developments in sculpture at home in California. Northern Californians Bruce Conner, William T. Wiley and Roy DeForest were creating dada and surrealist influenced work leavened with a high degree of humor conveyed in part through their choice of materials: old nylon stockings, scraps of Victorian-era trim, tree branches, plastic jugs, broken tools and just about anything close at hand.” 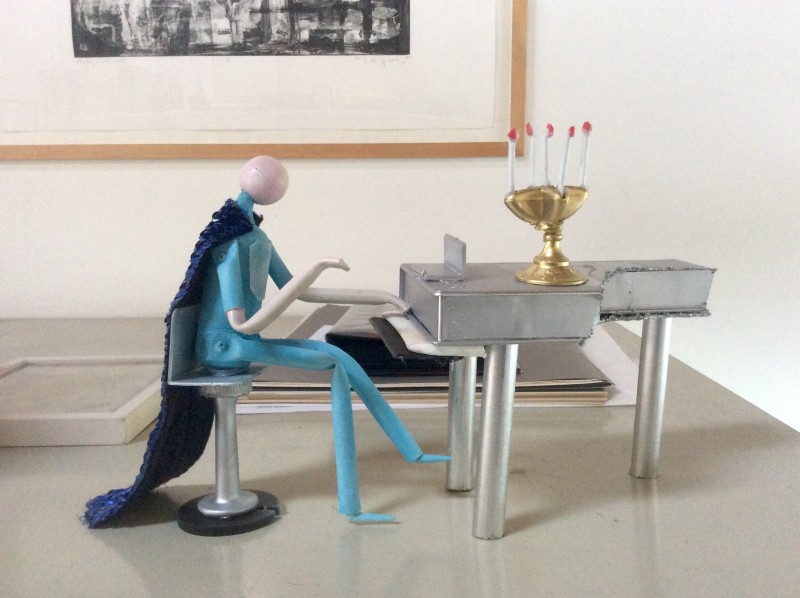 Barrish’s reputation solidifies with his recent exhibition at Smith Andersen Editions in Palo Alto. Paula Kirkeby, the guiding light behind the enterprise, has worked with some of the finest artists in the Bay Area, perhaps most notably, Bruce Conner, a notoriously difficult artist to work with, with whom she partnered for a number of years, not only exhibiting his work, but facilitating his printmaking. Kirkeby has also worked with Squeak Carnwath, Enrique Chagoya, Sam Francis, David Gilhooly, Paul Jenkins, Frank Lobdell, Ed Moses, Nathan Oliveira, Miriam Schapiro, to name a but a few of the talented artists she has been associated with. Barrish’s inclusion in their ranks reaffirms his standing as one of the area’s most creative talents.

Despite his schooling in film, Barrish has become the focus, rather than the auteur, of a recent and acclaimed work of cinema. William Farley, who has been around San Francisco since the late sixties making small independent films, has directed Plastic Man: The Artful Life of Jerry Ross Barrish, which delves into the subject’s many facets, including an acting stint as Peter Falk’s director in Wim Wenders’ Wings of Desire (1987). 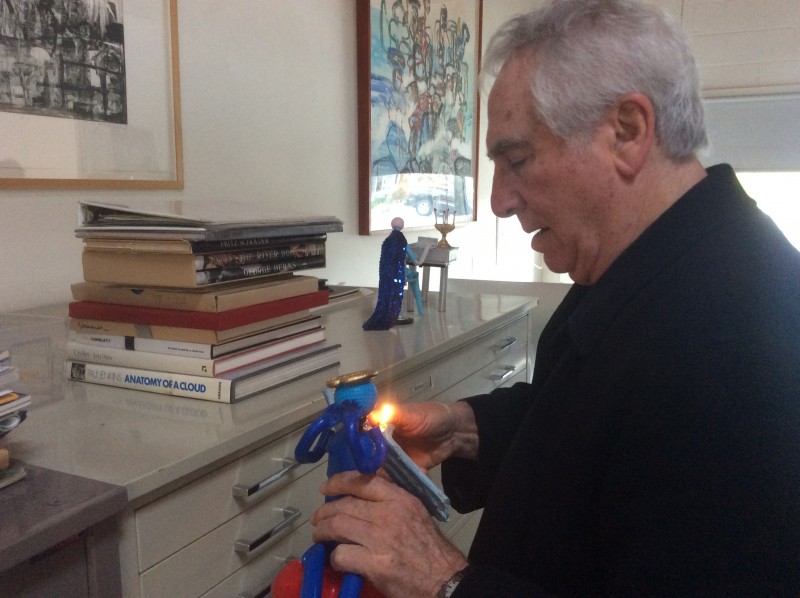 Versatility seems to haunt the man, both in the variety of studies and professions he has pursued, as well as the range of his creativity. Within the last decade, Barrish has been casting selected pieces in bronze, adding a whole new dimension to the work. Although radiating a great deal of power, the plastic configurations are seemingly ephemeral and whimsical, while the bronze works convey a moment entrenched in time, taking the work to an entirely different level. Both are on display at Andersen Editions to great effect, in this off-the-beaten-path gallery in the heart of Silicon Valley.

While you’re there, peek into the backroom, which houses the printing press that so many area artists have used to great effect. Paula Kirkeby is herself a legendary figure in Bay Area art history, and it is satisfying to know that after forty-odd years in the business, she is still committed to navigating the shifting currents of contemporary art.