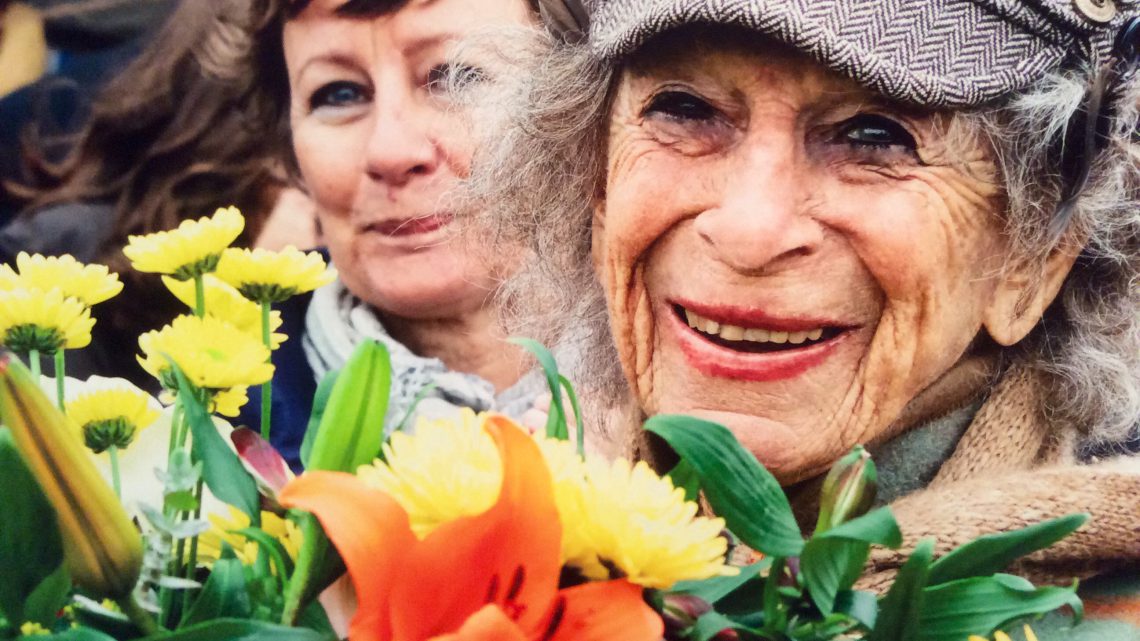 It’s time to stop regarding Anna Halprin solely as a progenitor of post-modern dance, and provide her the respect as one of our leading artists…period. Was John Cage just a composer? No. He became a champion of chance, ushered in “performance art” and had a profound effect on artists of all stripes. Too frequently, Anna Halprin’s choreographic innovations have been confined to the dance world, moderating her standing in the wider realm of fine arts, despite an inspirational effect upon it. Like all master artists, her legacy ranges across disciplines, exerting an influence on all. 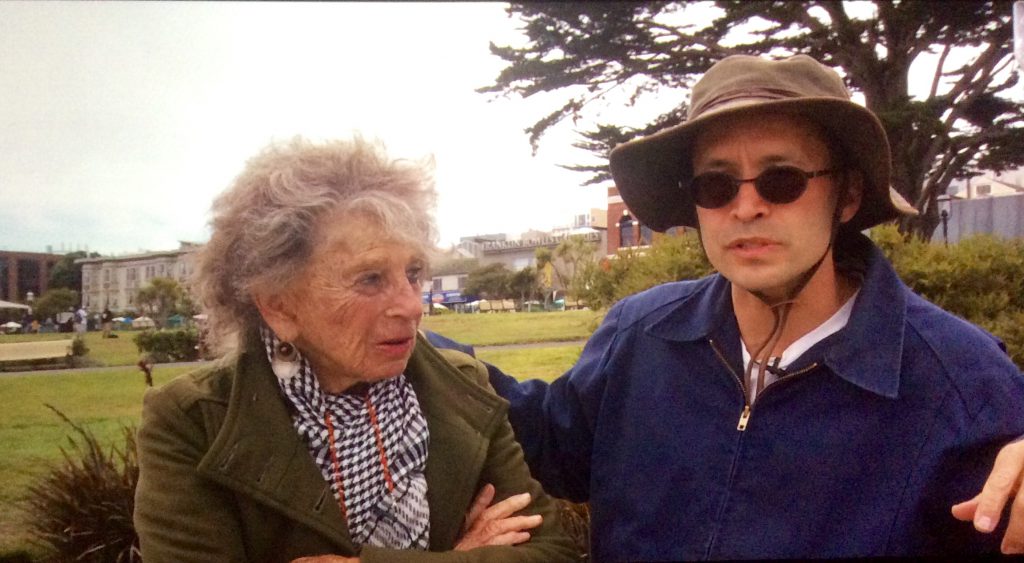 Here are a few examples. Halprin conducted Kentfield workshops in the late fifties, which were attended by Yvonne Rainer, Simone Forti, and Tricia Brown, all of whom hightailed it to New York soon afterwards to sow Halprin’s seeds at Judson Dance Theater. At that time, she also nurtured Cal Berkeley music students La Monte Young and Terry Riley, who became champions of Minimalism. This musical interlude continued when Halprin formed the San Francisco Dancers’ Workshop, working in shared space with Morton Subotnick, Pauline Oliveros, and others involved in the San Francisco Tape Music Center.

Halprin’s accomplishment in dance was to free choreography from narrative storytelling to pure physical movement by the use of “event scoring.” Move a chair from Point A to point B. Stand back, relinquish control, and allow the dancers to participate in the construction of the work. This was the mid-fifties, when artists raged in expressionist angst, while others like Halprin and Cage advanced an unsentimental practicality in the arts, exemplified abroad by the Japanese Gutai movement, which focused on the completion of the artwork through performative actions: hurling bottles of paint to canvas, swinging by a rope to paint by footwork, and running through the canvas. 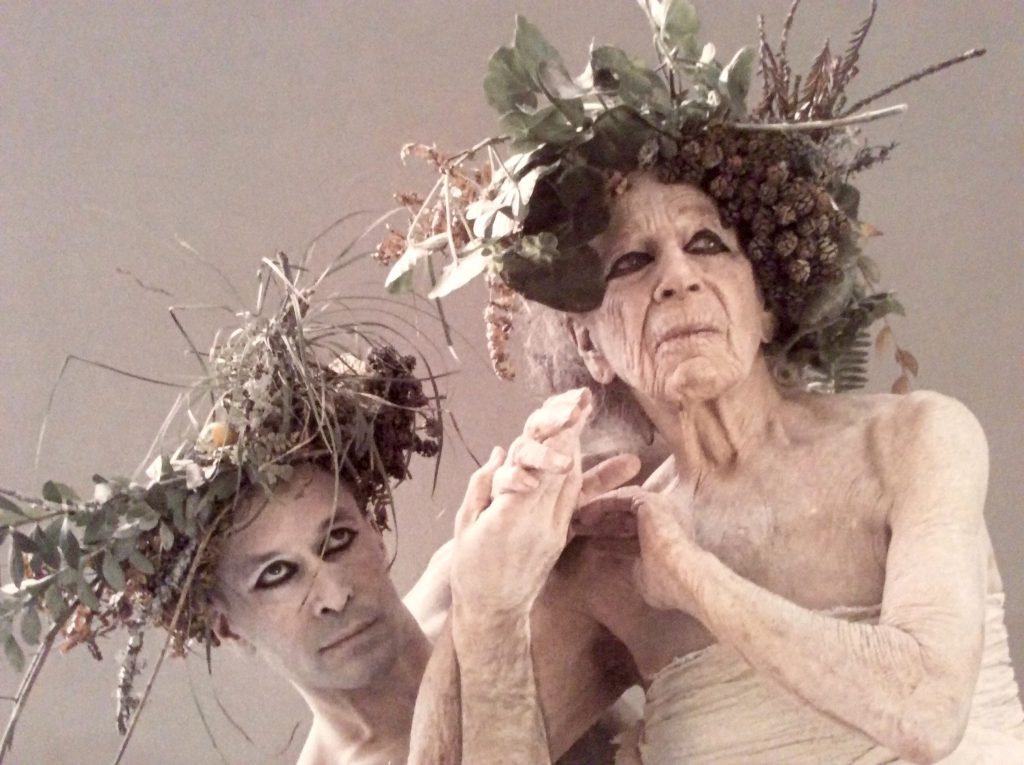 La Monte Young took the event scores developed by Halprin to New York, where he meet George Maciunas, who became enthralled by the methodology, deciding to publish her event scoring with others in his first Fluxus project, the publishing of An Anthology (1964). Don’t know Fluxus? When one describes Yoko Ono as an avant-garde artist, it’s because of her involvement with Maciunas, Nam June Paik, Joseph Beuys and others, who participated in the international movement. Although she contributed to several Fluxus projects, Halprin remained aloof, concentrating on her activities in the dance world. But Maciunas readily acknowledged her influence, placing her as a historical precedent in his monumental chart of the avant-garde, Diagram of Historical Development of Fluxus and Other 4 Dimentional, Aural, Optic, Olfactory, Epithelial and Tactile Art Forms (1979).

Turning 95 in 2015, Anna’s many Bay Area admirers joined forces under the direction of Mills College dance composition instructor, Shinichi Iova-Koga, to honor her many accomplishments and longevity in the field. A few of these area participants included Joe Goode, Joanna Haigood, daughter Daria Halprin, Keith Henessey, Margaret Jenkins, Dohee Lee, Sara Shelton Mann, Hope Mohr and Brenda Way, attesting to the broad influence Halprin has exerted on the Bay Area dance community over the past 60 years. In keeping with her 95th birthday (born July 13, 1920), 95 ritual actions celebrating her life were performed over the course of the year. The current exhibition at Mills College becomes the titular 96th ritual, documenting the preceding 95 events of the previous year.

Each participant was asked to develop their ritual in accordance with the RSVP Cycles, developed by Anna and her late husband, the landscape architect, Lawrence Halprin. Instigated to stimulate creativity in a group workshop setting by delineating activity, resources, intention, participants and duration, the system has served as a guiding force in transforming unformed group thought into practical creative application.

For The 96th Ritual director Shinichi Iova-Koga and performers in the physical theater company InkBoat, as presented by the Dancer’s Group, were aided by notable documentarians including theatrical and fine art photographer Pak Han and videographer/filmmaker, Lise Swenson. This is a fitting memorial to Swenson, a founder of San Francisco’s ATA (Artists Television Access), who passed away on June 24th of this year. 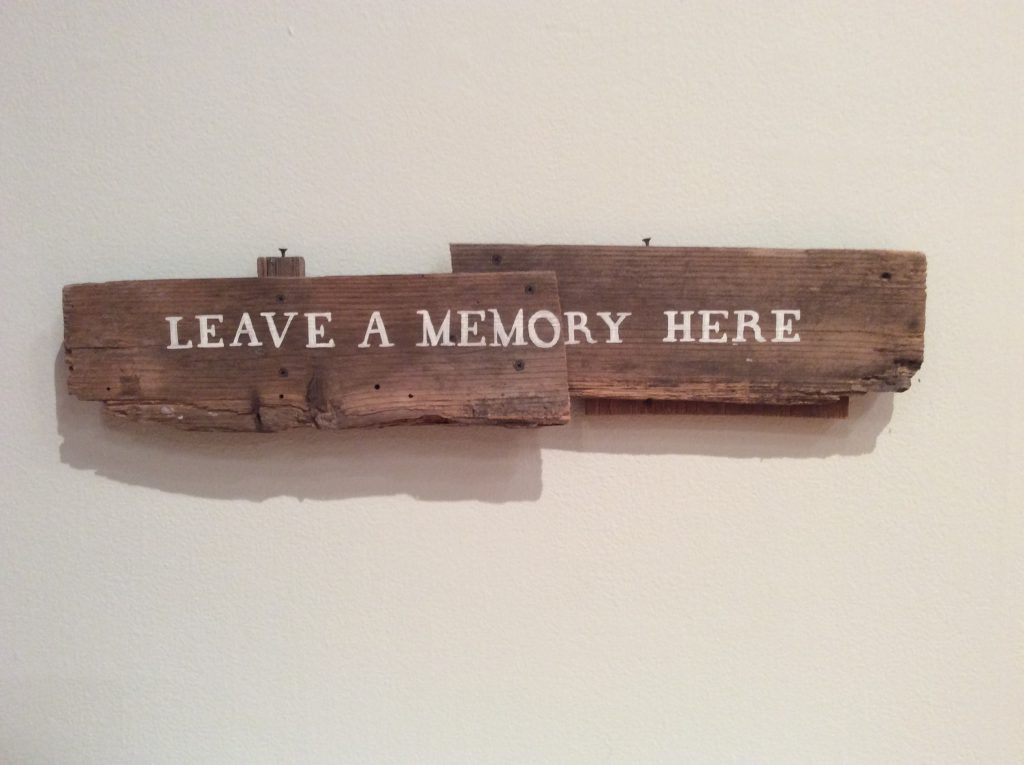 What better way to honor Anna Halprin than through a cooperative endeavor that brings together a diversity of collegial collaborators? It’s what she’s all about. The lessons Anna Halprin bequeaths to future generations center on her ability to engage others in the artwork, vanquishing the idea of the struggling solitary artist. For Halprin, art is a practical means of healing, be it for the physically disabled, the infirmed aged, or the soul-sick individual. This is an art that goes beyond mere decoration and tussling with personal expression. It is an art that cajoles a shared humanity, invoking a mutual search for a foundation on which to construct a positive future for us all.

The exhibition remains on view until December 11, 2016, concurrent with, Root Connection: 20 Years of the Patti Smith Collection. It is an inspired pairing. Halprin was punk and irreverent before it was fashionable, escaping imprisonment in New York for her daring 1965 group nudity in Parades and Changes, influencing the following feminist/riot grrrl movement in the arts.

Next post Yellowing / 亂世備忘: Memo of the Troubled Times