On Point 2.09: Shadows in the Musey Rooms 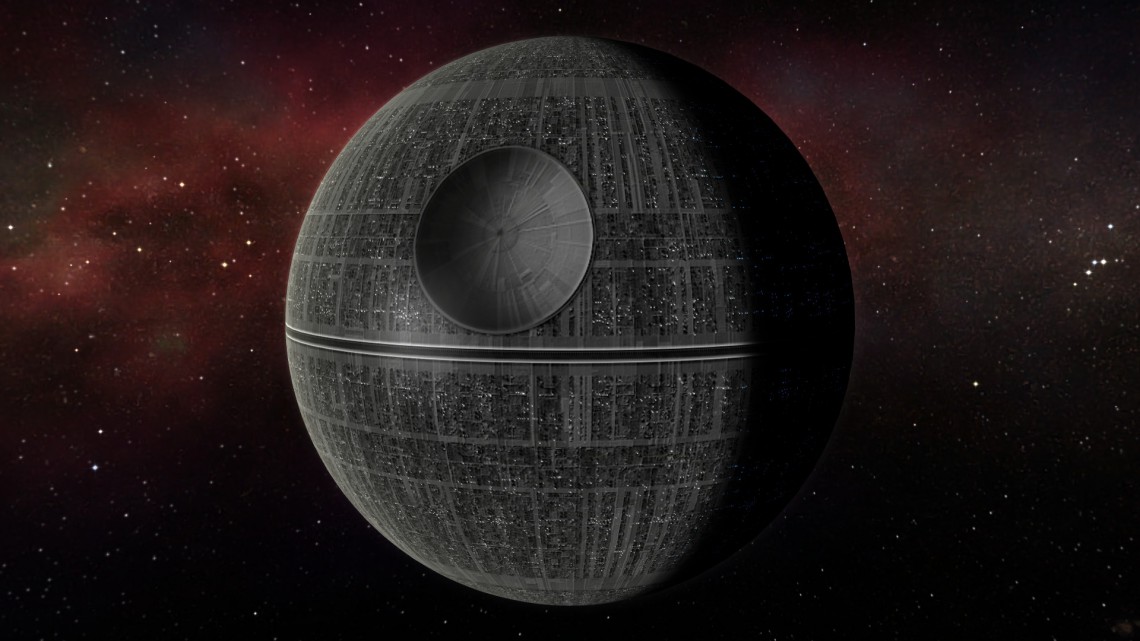 The Death Star. Courtesy of the Internet.

By the time that you are reading this, you will have also read much of the hoopla surrounding the recent opening of the new UC Berkeley Art Museum and Pacific Film Archive (BAMPFA). The rising tide of pre-hoopla pertaining to the May opening of the expanded San Francisco Museum of Modern Art will also have been be on your post-holiday radar. Embedded within all of this hoopla will be the claim, made explicitly or implicitly, that these institutional transformations are the harbingers of an exciting new chapter for the art scene of northern California, presumptuously assuming that the vitality of that scene is little more than a natural epiphenomena of the capital campaigns and square footage expansions of those and other institutional venues. There may some truth to these claims, but not so much as to warrant any excess of over-salesmanship on the part of those votaries of false dawns who want to fire up the crowd. We have seen it before, two decades ago to be exact, and the lessons learned from that moment should sober our enthusiasm for the institutional expansions of our own.

I am referring to SFMOMA’s 1994 move into the Mario Botta designed building that is currently undergoing renovation, just two years after the opening of the Yerba Buena Center for the Arts across the street. Soon thereafter, the Jewish Contemporary Museum opened half a block away. Supposedly, this concentration of prominent exhibition venues was going to create a “synergy” that would have a positive effect on all aspects of the art scene, creating more collectors, more galleries, and more opportunities for artists. In fact, all of those things did happen, but this expansion lacked the crucial ingredient of real vision, meaning that “more” did not translate to “more interesting” so much as it did to “more bet hedging” and much less risk-taking. What followed was a contemporary art scene that began to resemble cable TV—“300 hundred channels of nothing to watch.” Since then, it has perpetually fluctuated between the “pretty good” and the “not so hot,” fully in keeping with the dismal tide that earmarks the art scenes of almost all American cities of sufficient size to have cultural pretenses. Even if we were to concede that there may have been some notable exceptions to this characterization (I can’t remember any), they were far to few to invalidate it, leaving northern California with an art scene that continues to seem like one vast MFA exhibition, one vast emporium of perpetually half-realized potential stunted by its own mania for self-congratulation.

SFMOMA expansion designed by Snøhetta opening May 2016. Courtesy of the Internet.

In fact, the aforementioned “real vision” may not even be possible anymore, so any attempt to define it may only be a matter of antiquarian interest. Since the art world lost the so-called “culture war” over government support for the arts (the final battle being fought in that same year that the Botta-designed SFMOMA opened when the “Contract with America” was put into place by then newly elected House Speaker Gingrich), it became ever-more common for museum directors to be certified by way of MBA degrees, and ever more common for the curators that they hired to be junior league fundraisers. Inevitably, this meant that the professional mythologies of “real vision” would be soon crowded out by marketing incantation, be it of the kind found on gallery press releases or the other kinds that museums use to market themselves to tourists and philanthropic foundations.

In response to this observation, one may simply say “welcome to the future,” or more to the point, “welcome to the information age,” implying that in a time of constant access to information, the knowledge-basis for testing any truth claim may no longer exist, reducing all utterances to some form of advertisement. On the other hand, it still seems that someone has to ask if all of this promotional chirping is, in a Shakespearian paraphrase, a “chirping too loud”—an over-confident over-compensation for the lingering despair about the real value of those amusing disappointments that we now call art and the various career positions that appertain. Like painters who try to valorize weak paintings with elaborate frames, those who uphold the idea that a massive increase in exhibition space will spark a local renaissance may only be gilding a stillborn lily.

Here is another way to look at the institutional changes that are now afoot. One would think that, since the SFMOMA and BAMPFA have been closed for such long periods of renovation, other institutions would have taken advantage by doing more contemporary arts programing so as to strut their stuff in front of temporarily underserved audiences looking for something to look at. In fact, the Asian Art Museum has done exactly that with last summer’s 28 Chinese exhibition, which interspersed the work of over two dozen contemporary Chinese artists throughout the museum’s permanent collection galleries. To call this exhibition the best presentation of contemporary art in the Bay Area for 2015 may sound like faint praise, but the fact was, there were very few other contenders—too few if you asked me.

This leads to another question that is not being considered amidst the festoons and somersaults being staged for the recent and soon-to-be recent re-openings of two of the area’s three most important contemporary art venues: What of the Oakland and de Young Museums? The short answer is that both of these museums seem to be falling off of the contemporary art map, after decades of making regular albeit sporadic forays into the area. Granted, the Oakland Museum has recently hosted mid-career survey exhibitions of the work of Squeak Carnwath (2009) and Hung Liu (2013), but one also might note that institution’s lack of emerging artist survey exhibitions during the time of Lori Fogarty’s post 2006 directorship. In 2010, the Oakland city government hit the museum with a massive financial crisis-related budget cut. The museum, which had inaugurated a capital campaign in 2006 in support of a major renovation project, was forced to undergo a major internal restructuring that emphasized community engagement and internal collaboration between departments.

Actually, the Oakland Museum has always placed community engagement in the foreground of its operation, but the term is taking on different meanings in our age of focus-group dominated decision-making (the museum calls such focus groups “advisory councils”), meaning that challenging and risky contemporary art programs will be given short shrift owing to the lack of a vocal constituency. This too is odd, given that so many artists have been rooted out of San Francisco. Oakland has been and continues to be the inevitable destination for those artists, so maybe a new focus group is in the offing. Just as Brooklyn has become the place where many New York artists have settled after the time that almost all of Manhattan was turned into Mall of America, Oakland seems well on its way to becoming the new center for contemporary art production for northern California. Here’s hoping that the Oakland Museum can find its way to recognize this shift with programmatic initiatives that have more artistic substance than their Friday night street and cocktail parties, which are fun as far as they go, which isn’t far enough.

Ever since the untimely passing of Director John Buchanan in 2013, The de Young has been in a state of marked disorganization, which was only partially remedied by the short-term appointment of Colin Bailey—who served as the museum’s director from June 2013 to April 2015 before decamping for a post at the Morgan Library. During the past three years, there has been a remarkably high turnover of staff, and the museum’s operation has been characterized as being in a state of “Orwellian dysfunction” by curator emeritus Robert Flynn Johnson. Amid all of this apparent chaos, the de Young seems to have completely dropped its contemporary arts programing, which was never very robust, but certainly gaining some traction in the years immediately following the 2005 opening of its Herzog and de Meuron building in Golden Gate Park.

In 2013, the City and County of San Francisco conducted an audit of the museum’s activities, and found considerable fault with the state of its operations.1 Since that time, several lawsuits have been filed and are awaiting resolution, but now, the museum seems to have an even bigger problem: it is now being investigated by the office of the California Attorney General Kamala Harris for an allegedly illegal misuse of funds and an even more illegal dismissal of a financial officer for refusing to cover-up said misuse. Most likely, not much will come of this investigation after whatever substance it has evaporates into the vapors of non-disclosure statements and campaign contributions—but in some ways the damage has already been done. Even if the museum can dodge the charge of criminal wrongdoing, it still needs to sustain its accreditation from the American Alliance of Museums, and that organization frowns on both the reality and appearance of professional malfeasance, especially if it seems to be part of a widespread and longstanding pattern. There is no real danger of the de Young losing its accreditation, but amid the language of commendation and recommendation that accreditors use, one can sometimes find veiled threats that generate concern on the part of funders and potential donors. And none of this takes into account how the recent downturn of the global equities market will impact the climate in which local arts institutions operate. I cannot imagine anything positive, but I am sure that there will be no real hope coming from any level of government.

Next post Conceptual Art in Britain 1964–1979 at Tate Britain, London