Is Doug Aitkens’ “Station To Station” a cool art project or a fancy ad campaign?

Last Thursday a flag with the word “station” on it appeared taped up to the glass facade of the St. Paul, Minnesota Union Depot train station. Above the word was a symbol resembling hieroglyphics, a signature stylistic device of Lawrence Weiner, the artist responsible for the flag that would inaugurate the Twin City stop of the massive cross country art extravaganza on a train that is “Station to Station”. The sign reads like a metaphor for the event it inaugurated, indeed, it is hard to make heads or tails of what both really stand for.

Wednesday will inaugurate the fifth of nine planned stops of “Station to Station”, a roving art exhibit that began in Brooklyn, and culminates September 28th in Oakland. The brainchild of California artist Doug Aitken, the mega art project takes the form of a cross-country Amtrak train ride that acts as a veritable who’s who in the art world. Supporting this voyage are a number of high profile musicians including the likes of Patti Smith and Thurston Moore.  The event is sponsored by the Levi’s corporation, and cost $25 back when you could still get a ticket. Newspaper articles have made it sound pretty fun, but judging by it’s website stationtostation.com, which bills it as a “public art project” the spirit of this three-week art extravaganza more closely resembles the predictable mannerisms of Coachella than it does an art project per-se.

This is not necessarily a bad thing but it is a noticeable change in how art is perceived and presented; corporations often sponsor large art exhibitions but the difference here is that Levi’s is capitalizing more on the image of the art world and its celebrity players than the art itself, the overly produced “public art project” seems to have none of the free-wheeling spirit the project tries to exude.  It’s overly commodified and highly polished veneer is anything but rock and roll, and makes one wonder when it became so easy for the art world to blindly consume such commercial endeavors. The project is lauded as a way to raise proceeds for some of its partner museums such as the MOMA, Walker and SFMOMA, but the contributions to those institutions seem more like a decoy to distract the viewers from the projects corporate agenda.

Levi’s has cleverly co-opted the travelling exhibition as an extension of its existing “Go Forth” ad campaign, creating a confluence of the project with Levi’s pre-existing branding which exploits our anything but glamorous new dust bowl era, and doesn’t take any stance on the erosion of America’s train system. The ad campaign, which Capitalizes on imagery of the great American dictum to “go west”, was largely panned just three years ago when it was made blatantly clear that a stated attempt to save a dying rust belt city was no more than a glorified photo shoot. American consumers have a short memory, and it seems that the ethics behind art projects are no longer questioned.

Levi’s “Go Forth” ad-campaign, launched by Portland based advertising agency Wieden + Kennedy in 2009, attempted to capture a picture of America that evoked a rugged individualism through an aesthetic of fantasized working class imagery. The company’s press release for the campaign stated that it would “empower and inspire workers everywhere through Levi’s® crafted product and stories of the new American worker.”  The actual campaign exploited the dwindling population of the former factory city turned ghost town of Braddock, Pennsylvania by offering the city one million dollars to restore its library and produced a series of photography spreads that showed locals hard at work wearing their new line of jeans. The “citizens” in the photo shoots and TV ads were instead fashion models posed as workers. Filmmaker Tony Buba, who is from Braddock and has made documentary films about the downfall of the city, remarked “I never knew there were that many thin people in Braddock until I watched those spots”. The slogan, “everybody’s work is equally important” accompanied anything but working class images.

Advertisement from Levi’s “Go Forth”/ “We Are All Workers” Campaign.

Hitching a ride on the shoulders of art’s new-found place in hipster culture, Levi’s continued their ‘Go Forth’ campaign in 2010 by opening printmaking and photography workshops in San Francisco and New York that were mere pop-up shops disguised as “community resource centers” and artist’s work spaces that were covered in slogans such as “we are all workers” in Levis’ font.

In the same vein, the train in which “Station to Station” resides, and that many of the artists will travel in is decked out with spiffy Levi’s logo lettering.  The travelling exhibit may no doubt bring some excitement to the art communities that it visits, but the attention paid to its art may be lack-luster in comparison to the draw of musical acts. It’s hard to separate it from any other heavily sponsored musical event, and its marketing makes it a bit difficult to tell if the audience it is directed at is a general public audience, the art community, or music fans – this would be a non-issue if its core members where not visual artists themselves and if it was not so heavily promoted as an art project in its own right. Clearly, marketing is a huge part of its trajectory, and will effect its viewing as a “public art project” and the experience one is to have with the art. Its corporate nature can’t be ignored, and when taken into account with its overall aesthetic, the project seems more akin to the burning man of the art world.

As for the art itself, Aitken has invited Carsten Höller, Ernesto Neto, Kenneth Anger, Urs Fischer and Rirkrit Tiravanija, to name just a fraction of the artists involved. Many of these artists have installed various art projects deemed “nomadic sculptures” inside of colorful, often brightly lit yurts, which bring to mind the nomadic peoples of Eurasia while carefully steering clear of potentially offensive direct references to Native Americans. The art inside of the yurts range from Fisher’s giant bed in a disco-ball adorned tent, with its seedy side of the highway motel aesthetic, to Höller’s playhouse style installation that has holes cut out of it so participants can throw Frisbees through it. Why Frisbees, Carsten, why? Tiravanija’s inclusion is a stack of T-Shirt grab bags stuffed into take away bags that are prominently printed with Levi’s signature font and read “When Pop Up Becomes Attitude”. Revolutionary stuff, Rirkrit.

Adding insult to injury is the opportunity missed by Aitken and the other artists involved to make a statement about the slow disappearance of the country’s rail system. The artists seem to have no awareness of the system that their project literally rides on: the greatly overlooked public transportation sector of the United States and politically motivated absence of high speed rail, an amenity long standard in most first world countries.

There is no moral backbone or care for aesthetics, there is no touch of genuine public interest, except for the concern to sell out the tickets as fast as possible.  To use the language of the music fans that make up Station To Station’s core audience, these artists are major sell-outs. The projects highly polished, overly produced and lackluster expediency may have at one time upset the art community with its over the top embrace of Corporate propaganda.  There was once a time when the art community would be more upset by this. Of course, it must be asked if this is any worse than any other aspect of the art world, major exhibitions have long been sponsored by corporations, after all, but there does seem to be something inherently different at play here.

Although it may give ticket holders a new experience with art, it is doubtful that there is any real concentration on arts transformative power other than being a pleasure spectacle. Is it really O.K. that we don’t bat a lash when the realm of art is turned into a train plastered with a Levi’s ad, a mere place where kids can get stoned and throw Frisbees? I guess its seen as a good thing because it’s profit goes to support museums around the country, but does this not render the importance of the art experience as nothing more than philanthropy and gimmicky publicity stunts?

Apparently she didn’t care to take notice that this “freeing” experience was sponsored by a corporation utilizing a government funded service that is about to disappear. Is this blind form of consumption something we can simply turn the other cheek to in the name of avoiding boredom? I guess that’s what art has become, a mere side-tracked diversion. 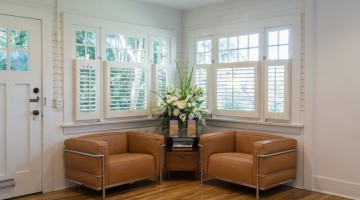 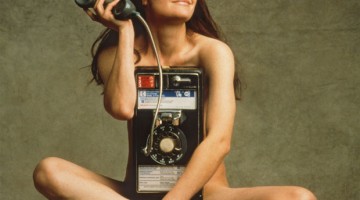