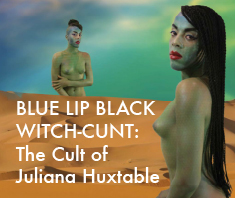 Juliana Huxtable and her queer-coven the HOUSE OF LADOSHA are taking New York cultural life by a storm of their own conjuring. Theirs is a cosmic tempest from the future, from another planet that happens to be right now if you want it. Huxtable describes herself as a NUWAUBIAN PRINCESS aka SISTAGURL FROM NIBIRU.

I spoke with writer Kibele Lo who said that meeting Juliana empowered her to transition into the powerful non-binary creature of her wildest dreams. A jeweler showed me astonishing space-queen earrings he designed, saying,“these are inspired by Juliana.” Last night someone at a party told me, believe it or not, they know a sculptor working on a life-sized statue of her—“I hope it’s marble.” All that is to say that Juliana is one of those people you can’t explain any other way except that you are just grateful they exist—perhaps the only truly meaningful thing that can be said about anyone or anything. It is as though she is tearing a hole in the world just for her, one that might never exist otherwise.

Being an artist is a way of being in the world, and being is always political. Juliana Huxtable’s understanding of that intersection—the aesthetic and political—and of her movement throughout the world make her one of the most important artists I know. This is a fragment of a long conversation we had for a collection of interviews I’m doing with young artists in New York. 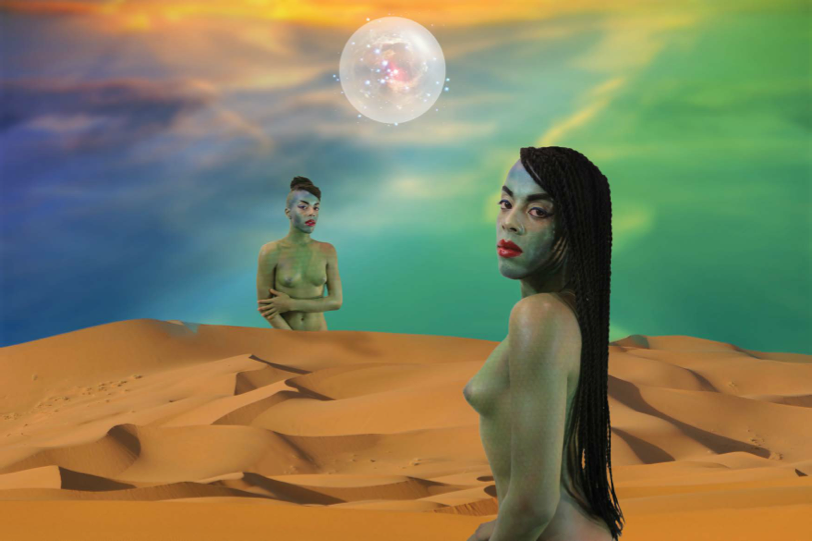 NUWAUBIAN PRINCESS, 2013. Courtesy of the artist.

When did you first feel like an artist and what do you consider your work now?

I feel that what I’m doing now is slowly pulling off my straightjackets—I still have a lot of them on. Everything that I do at this point is to push myself further and further. I want to get to the point where the high I felt when I first started doing debate – I can feel in front of anyone. And I’m not at that point yet.

It’s a weird pastiche of things that I do: writing, sometimes visual work, and performances. One of the things that nightlife has really informed—and the fact that I am transitioning—is the creation of a character, and the language and intelligence of how you dress or how you do makeup—questions that can easily be reduced to “fashion” or “style.” Being in nightlife as a community there is an intelligence to that, that has really supported and inspired me. I have my Nuwaubian Princess character where I paint myself green and Nuwaubianism is technically classified as a cult, a spin-off of the Nation of Islam and UFO theories—this guy from the South created a religion where he merged the cultural elements and style of the Black Baptist church with the Nation of Islam, weird theories of UFOs and Egyptians and Black people being amphibian creatures originally and all this absurdity. Finding ways to use that to elaborate myself gave me ways to explore my body. Like when I painted myself green—before then I never felt comfortable just “being naked” in public, and when I did I just walked around Bushwick completely topless as this character. I took photos with my friends Hakan Urfalioglu and Christopher Udemezue and I made fantasy collage backgrounds for them.

There’s also this Black Christian Guilt, that is something I’m always going to have in my head to deal with. I don’t believe in God necessarily but I was raised in the church and I love a lot of the iconography—I love that from no history Black people were able to create these powerful images and narratives. I’m obsessed with Nuwaubianism because I think there’s a creative brilliance in it—the paintings, fables and music are beautiful. So finding those moments in culture and religion where I can insert myself allows me to reclaim and feel comfortable in my body but not in a way that is separated from my blackness. Most of what I do visually, and even some of my short fiction, is informed by that impulse. 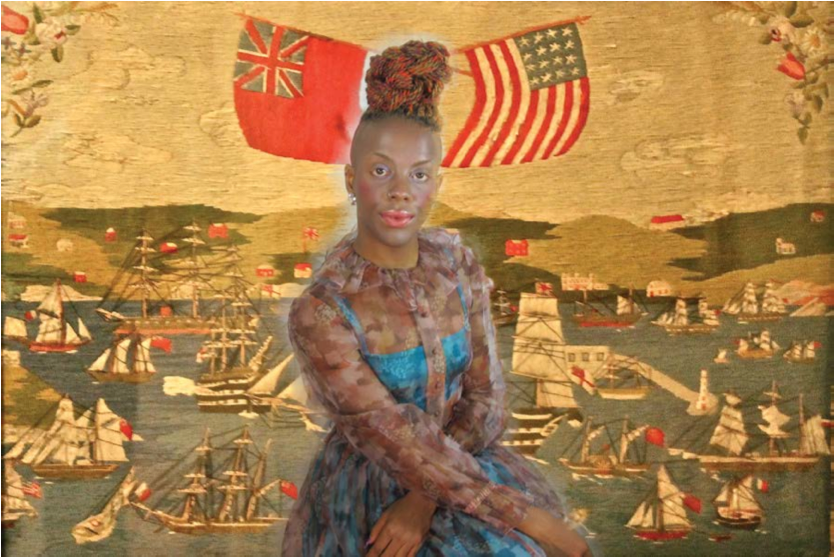 What is useful about taking something that is going on in nightlife and putting it into an art context?

What is important about it—and this is a question that I dealt with a lot when I was at Bard and continue to grapple with—I feel that there is a straightjacket that a lot of black people specifically—and black people is just where I am speaking from at the time but it could also be queer people or other people of color and different marginalities—feel there are different ways of envisioning it—when you are placed in a context where you are restricted and you are not allowed to enter the aristocratic space.

To think of yourself as a creator, it happens instinctively and almost impulsively. I experienced this a lot when I was at school and in New York in many of the spaces artistic production is showcased or engaged, there is brilliant cultural production that is not credited or given the institutional recognition that it should be. I think that there is a long history to bridge, especially in terms of black art there are certain areas—if we loosely envision a black cultural landscape—there are chunks that have been recognized and have extensive conversations happening around them. But there is also a lot that isn’t, and nightlife is an example. When I got to New York I was immediately drawn to nightlife and even those people who were supportive of my endeavors at Bard were questioning what I was doing here as though I was just getting drunk and putting on a look.

I’m actually not. I think there is a lot of very intelligent community-making that happens—people are developing characters with stories and there are legends surrounding people—there are entire traditions that if they are put in the context of other artistic traditions would open up new ways of understanding “dress” for example; new ways of understanding how race and sex exist; how intoxication as a state of mind might be productive; the possibilities of performance. Are there states where the act of creation is simultaneous with how to exist? I think there are moments where that is definitely not happening, but the moments where it seems to happen a lot is bars, clubs, cabarets. There are people who are really pushing new boundaries, even for a single moment for a single night. The characters and, when abstracted, embodied concepts people are creating blow my mind—Black Queens from Ohio, do whatever they need to do just to get to New York just to put on that fucking look and they are playing with race and history and visions of the future all just through ostensibly “just a look.” And if that person had the cultural capital to apply for a grant and get a photographer to take portraits of them they would be canonized.

But they are not; because they go to the places and communities that support them. And nightlife is one of those, in the same way that initially debate was a space that I felt comfortable performing, nightlife is that for me now too. I think if there was more of an intentional jamming or overlap between the two—nightlife as art form—there would be new ways of conceptualizing, if not art, than cultural production in all of its forms.

The first thing to do is make people recognize that there is more going on in nightlife beyond a queen and a look, because a queen and a look could be viewed completely differently because it doesn’t frame itself as being in conversation with other ideas. I think a lot of it just has to do with framing. There is a lot of documentation of nightlife, but it’s not framed as art. When it is written about, it is usually at best as vaguely anthropological. Because it’s not seen as valid – cultural people don’t apply the same critical standards or acknowledgement.

If you are looking at yourself as a person—you have visions of yourself – you would like to get out in the world. If you are going to use what is at your disposal, you are going to take on dress and presence—that is what you are given. I think it’s easy to say, “well someone is just in a look when they could be doing all these other things.”

And I say, “Could they? And what would it take and how would they get there?”

This piece is selected from Issue 15 of SFAQ.

–The Death of People You Don’t Know (for RR)