The most talked about painter of late has no doubt been none other than George W. Bush. This week, his first ever retrospective is given at the museum of the namesake presidential library.  “The Art of Leadership: A President’s Personal Diplomacy” opened up on Friday in Dallas at the George W. Bush Presidential Library and Museum to mixed reviews. 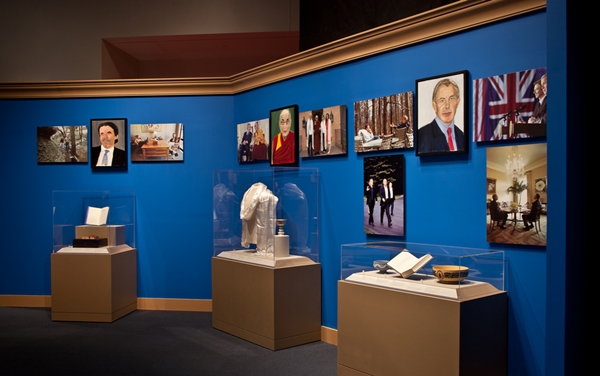 The oil paintings on display depict world leaders that Bush met during his presidency. Judging by the documentation, they are amateurish in technique though they do shine through with a distinctly contemporary vocabulary. The backgrounds are largely rendered in flat, muted colors that bring out the brushwork of the world leaders’ faces. What is fascinating, disturbing, and dreary is how Bush clearly takes a disinterested stance regarding his subjects. This cant help but be read as a reflection of his disposition towards the same leaders he interacted with during his time in the Oval Office: he was friendly to them as people, but did not care to ask how they felt or for their opinions as he flew solo against the entirety of world opinion on foreign policy. He clearly has a privileged vantage point as both president and painter.

Indeed, a wall text that sits directly beneath a painting of his father and a self-portrait reads, “I was a big believer then, and still am, that personal diplomacy can be very useful and productive.”

Among the portraits are photographs and artifacts, including books, bowls, and badges that are mementos of “personal reflections” that served as inspiration for Bush to re-render his political career on canvas. 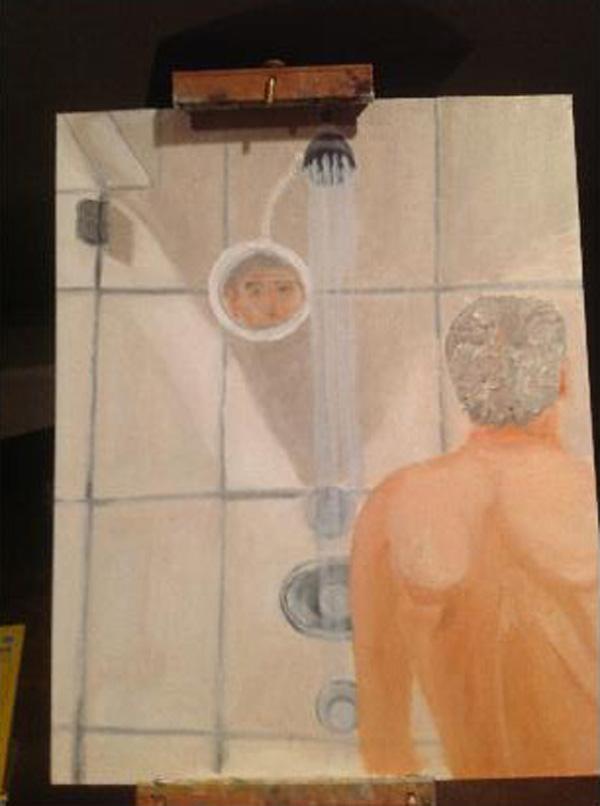 Speaking on the Today show to “Chief Critic” Laura Bush (according to the TV show’s Matt Lauer), Bush said that the paintings were inspired by his friendships with the individuals depicted and examined the role of the hacker who originally brought his paintings to the light of day. He said that it was an intrusion of privacy but seemed grateful in the end that they encouraged him to continue his steady production. He asserted that it was a big surprise that the art community and the public at large took such interest in the now-notorious bathtub painting. He stated that the painting was meant to shock his painting instructor, implying that his creations as a painter may be seen as a subversive act. Hmmm . . .