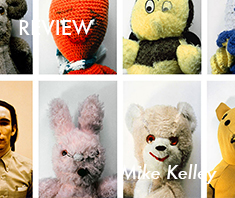 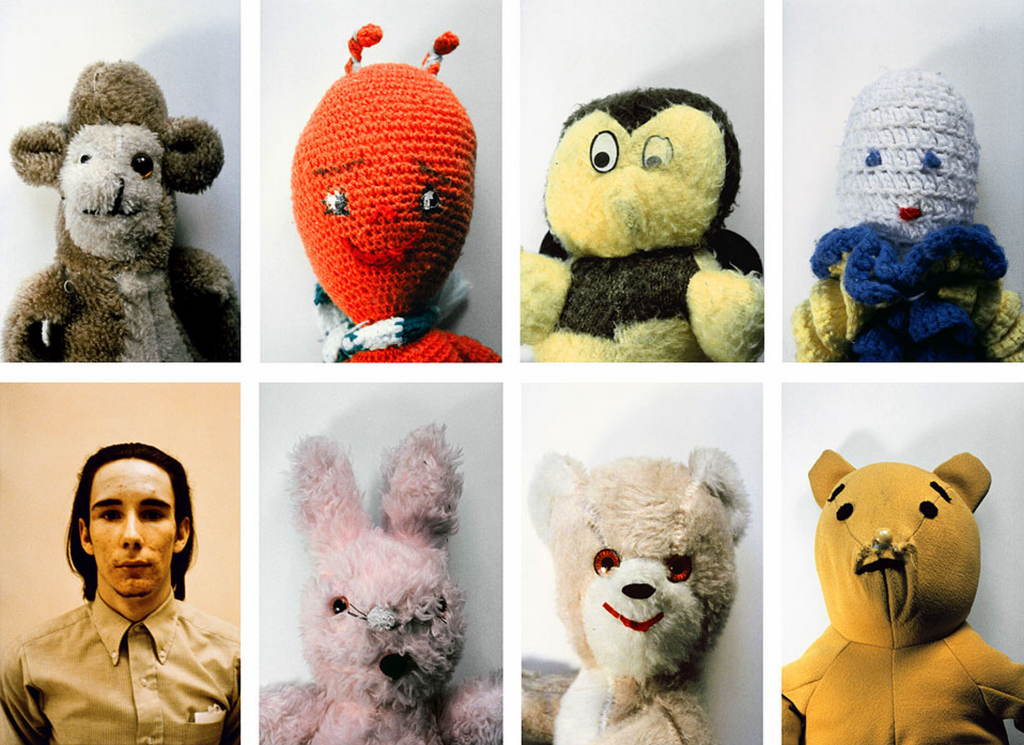 That the most extensive retrospective exhibition of the work of Mike Kelley has finally reached its last and most poignant iteration at Los Angeles’s MOCA is indeed a momentous occasion. While Kelley’s work continues to resonate with audiences all over the world, it is nonetheless undeniable that both his work and the aura of the man himself have particularly strong ties to L.A. The city’s artists and countercultures, its notoriety as the generator for celebrity and mass media, its saccharine colors, its laid back lifestyle, its seedy underbelly, and even its geography and topology have all played significant parts in the complex, colorful, and extreme world that Kelley crafted through his drawings, performances, music, videos, installations, paintings, and sculptures. Though throughout his prolific career Kelley referenced his hometown of Detroit, Michigan, and the deterioration of the all-American suburban home and family unit, his move to Southern California in 1976 to attend graduate school at the California Institute of the Arts seems to have been not only fortuitous but perhaps written in the stars, as it was there, at the early age of 24 that his gripping and provocative practice began to really take form.

This highly anticipated and deeply emotional exhibition began at Amsterdam’s Stedelijk Museum in December of 2012, just eleven months after the artist committed suicide in January of the same year. “Mike Kelley” was originally organized by Stedelijk director, Ann Goldstein, who was a curator at MOCA from 1983 to 2009 where she often worked closely with Kelley. Goldstein was one of the first curators to highlight the unique importance of Kelley’s work in contrast to much discourse at the time that referred to it as “low,” “abject,” and “de-skilled.” However, MOCA’s finale version of “Mike Kelley” is not only close to the hearts of many L.A. visitors for their personal affinities with Kelley as a central figure in both the history and the currently expanding influence of contemporary art in L.A., but the sprawling show also celebrates the city with the inclusion of several seminal installations that did not travel with the rest of the exhibition tour. After Amsterdam, the show traveled to New York’s MoMA PS1 and the Pompidou in Paris before returning to Kelley’s home of Los Angeles. 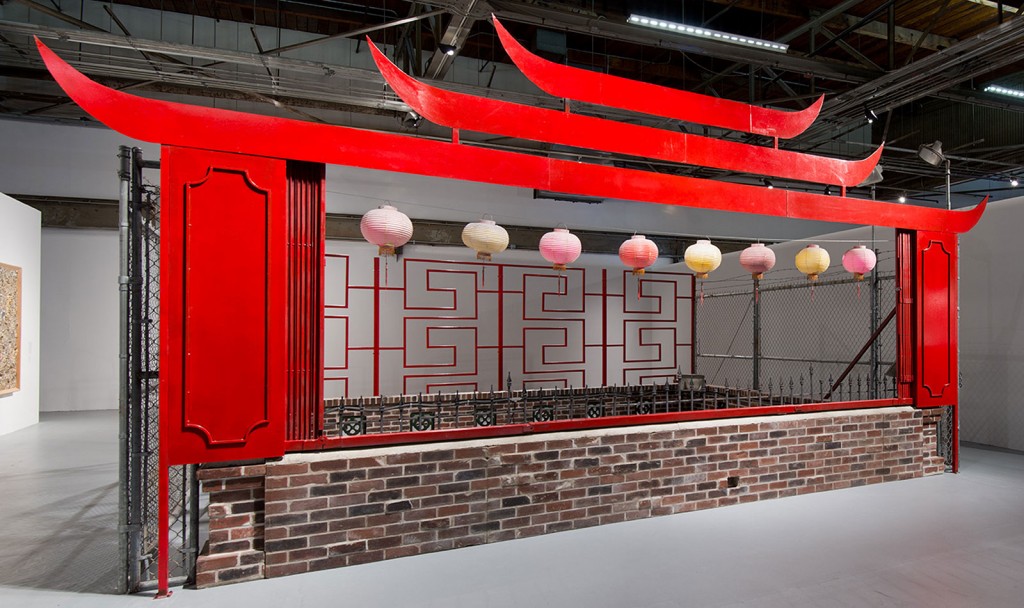 Even so, knowing the sad ending to Kelley’s story and that he touched the lives of so many people in L.A., there is a shadowed tone that hangs over the exhibition. At the same time it manages to be as enticing and comical as anyone might expect from the always-witty Kelley. MOCA curator Bennett Simpson, who tailored the show to The Geffen and organized the addition of important works such as “Framed and Frame (Miniature Reproduction ‘Chinatown Wishing Well’ Built by Mike Kelley after ‘Miniature Reproduction ‘Seven Star Cavern’ Built by Prof. H.K. Lu’)” (1999), aptly notes that there is “a lot of emotional baggage” for many viewers. “It is an intense show and the work itself is very intense. Even if it may not be Mike Kelley’s personal pain that comes across, there is a lot of pain in the show. The work deals with a lot of difficult issues. I think for people that knew Mike, it is painful to see. At the same time, it is also such a huge celebration of his work that it is bittersweet for some people.” 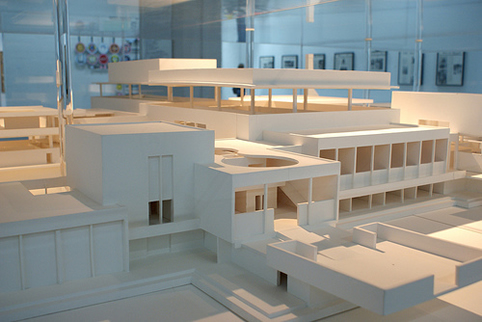 That kind of hard-to-swallow, bitter-sweetness is not only a symptom of our knowledge of Kelley’s tragic and sudden passing, but seems in fact to have been there, imbued in most of his work all along, particularly the many pieces that he made at various points in his career that are directly related to his own childhood such as “Educational Complex” (1995) and his many works incorporating stuffed animals, like the sewn together wall piece, “More Love Hours That Can Ever Be Repaid and The Wages of Sin” (1987) and the banner image for the exhibition, “Ahh…Youth!” (1991), most widely known as the album art accompanying Sonic Youth’s 1992 album, “Dirty;” photographic portraits of ratty, old, handmade stuffed animals with Kelley’s own picture slipped in amongst them.  Despite the contentious issues Kelley raises about the idealism of domestic life, Simpson also concludes that, “Homesickness is all over his work. Even in the very first works that he made at CalArts, he was making birdhouses—so he was making homes.  They were homes for kind of alienated birds.” 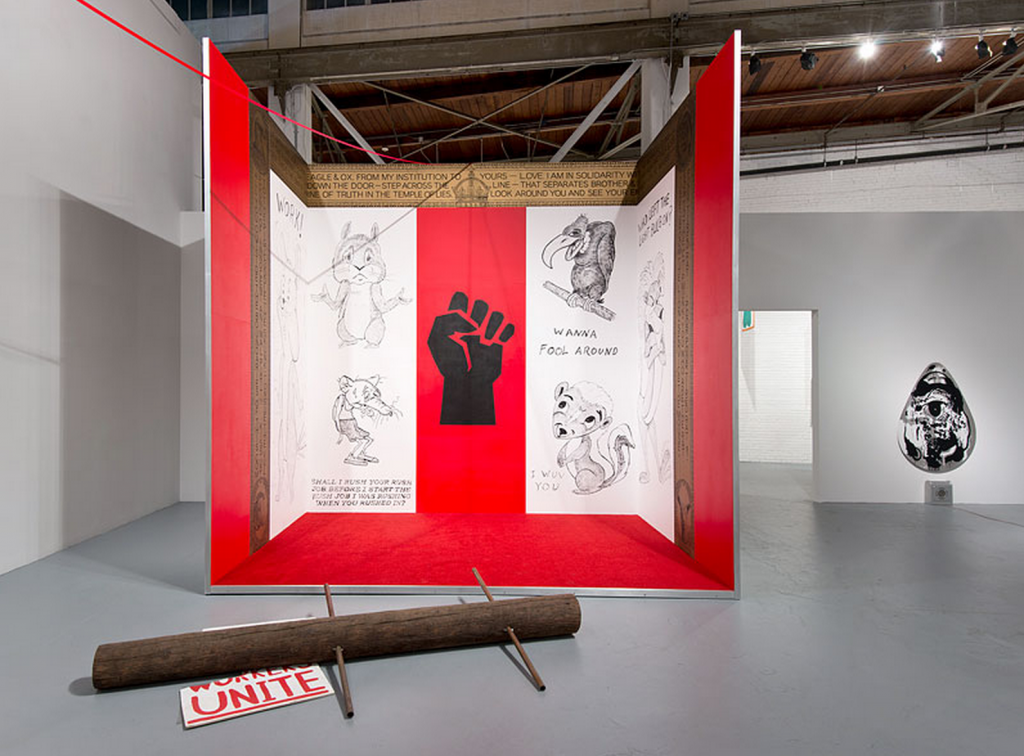 The perspective of the alienated or the other comes through in Kelley’s work to a certain extent even as it simultaneously reminds us of common tropes of childhood and the kind of stereotypical American culture that we know to include vampires, Superman, MTV, Land O’Lakes, and high school yearbooks. All of these mundane yet loaded references have made their way into Kelley’s work and, through his distortion of them, they have become symbols of a different version of what it means to promote the “All-American” lifestyle. It is not then surprising to hear during a panel discussion on Kelley’s life and work held across the street from the Geffen on Saturday, May 3rd, that Kelley had referred to his own work and process as a way of “plugging what you don’t know into really packed symbols.” In this way his work from all different time periods and through various mediums continues to feel resonant to many viewers because it utilizes an underlying sense of familiarity in order to stretch or fracture something that only on the surface appears to be traditional, conventional, or known. As Simpson describes, “Kelley used all of these sacred cows from childhood, the family and the church, and just really ripped them inside-out.” While we can see that this is true in certain works, particularly those that take up and question the rigidity of religious beliefs, these “sacred cows” are still in tact inasmuch as we as viewers are able to recognize them in order to understand the dissection they have undergone. 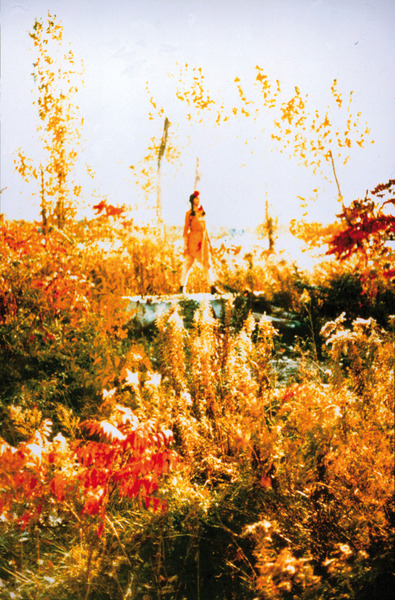 One of the most immediate senses that is heightened while finding one’s way through this labyrinthine exhibition is the large role that sound plays in many of Kelley’s works.  While standing gazing down at a floor installation of a configuration of stuffed animals and objects listlessly propped up, the sounds of several video works clashing into one another waft through the air and act like strings tying one work to another despite the discrepancies in their form, content and, the time period in which they were made.  Perhaps in part these audial collisions are mere happenstance, since the Geffen was the only MOCA venue large enough to accommodate the entirety of this impressively comprehensive show, but at the same time the bleeding of the sound of one project into another speaks directly to the ways in which one can see something signature at work throughout all of Kelley’s work. As Simpson says, “One of the things about Mike Kelley, which I think the MOCA version of the show really carries out, is that he was an incredibly consistent artist. The ideas, motifs, imagery and all of the major themes that he was dealing with in his art, even from the very beginning, are visible all the way through. You can look at work from 1978 next to work from 2005, and even though in terms of scale and production it may look like two different artists, conceptually and thematically it is definitely all Mike Kelley. So, at the Geffen, through those relationships you get the sense of the big picture of his practice, like one total artwork.” 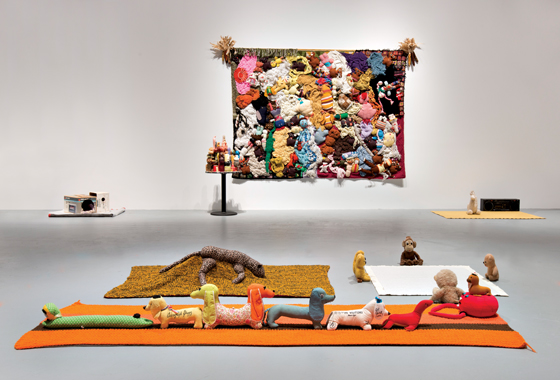 The gravity of a show such as “Mike Kelley,” which delves so deeply into not only the succession of works by the artist but the poignant and nuanced ways in which he so thoughtfully wove the fragility of childhood, the plasticity of the façade of mass culture, and the dark and secretive sides of life that in fact exist in plain sight, into his bright, sardonic, and playful compositions is undeniably felt on a number of levels. There is even in fact an underlying dialog between Kelley and his subject matter that seems to suggestively become more and more pronounced as we see him pick up imbricated sets of social issues and aesthetic ideals over and over again in unusual and engaging ways. After taking in all of the work on view at MOCA one will certainly have plenty to think about and a reel of powerful images that may be recalled by the oddest of daily interactions and media. 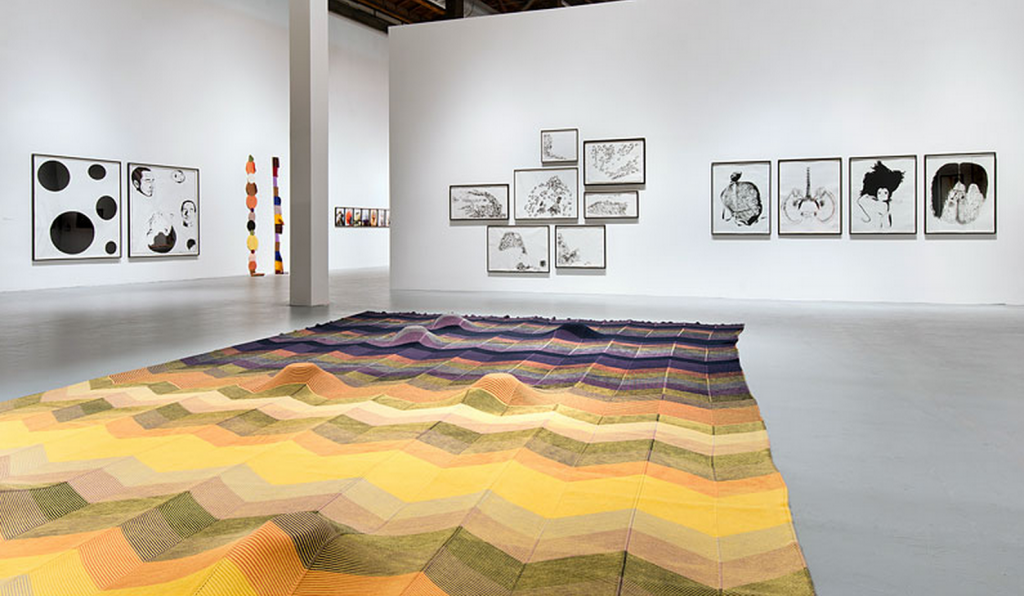 For more information about the show, visit The Geffen Contemporary, MOCA Los Angeles.