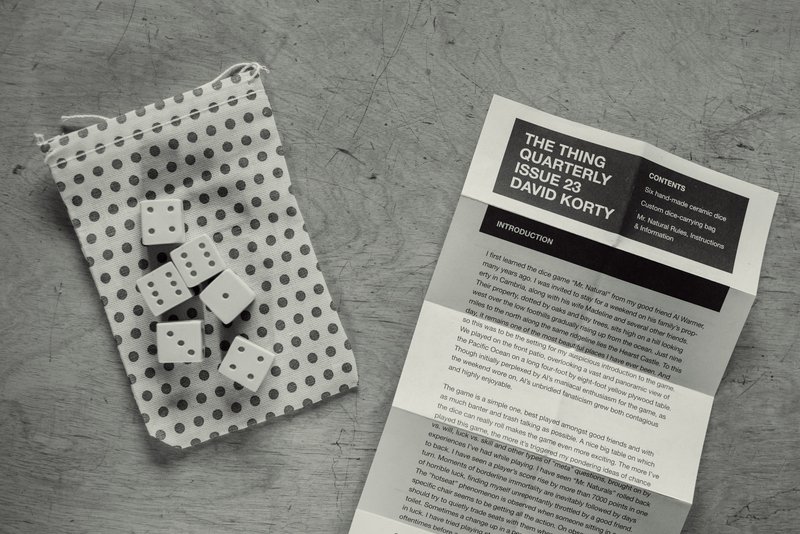 Saturday, May 31, THE THING Quarterly hosts a release party for the newest issue of their shapeshifting object based publication. The specifics of the new issue, a project by David Korty, will be kept secret until the publication is released to its subscribers; a clue from the publishers is that the release party doubles as a tournament of sorts, and that this tournament is not a competition of physical strength or endurance. The party and tournament will be held at Night Gallery in Los Angeles.

“A tournament is only natural,” hint the publishers of THE THING; a tournament of an undisclosed nature will take place at the Issue 23 Release Party at Night Gallery on May 31, from 7-10 pm. Courtesy of THE THING Quarterly. 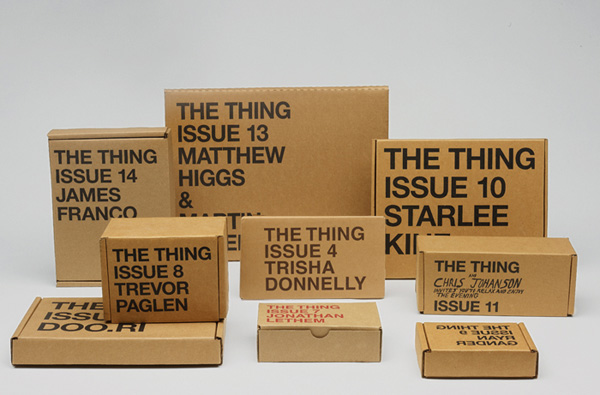 An assortment of previous issues by THE THING Quarterly.

For more information on THE THING Quarterly, a project by Jonn Herschend and Will Rogan, please visit their website.