It is a rare occurrence for conversations about contemporary art to happen outside of the insular circles of the art world. Contemporary art, by and large, exists as a bubble. So it should come as no great surprise that other “bubbles” are the only thing that may collide with contemporary art. Like, for instance, the elite insider world of high finance that purchases much contemporary art at auction.

Last week, one such collision came to light when Credit Suisse was criminally convicted for assisting tax evasion and further revealed what more and more people realize: art can be quite the racket.

Portrait of Anne Catherine Ward, put into public domain by a private donor.

As is well known, Credit Suisse was convicted last Monday of conspiring to the assistance of tax evasion for thousands of American clients, becoming on Monday the first bank since the financial collapse of 2008 to plead guilty of tax evasion, and were charged 2.6 billion by the United States government, which comes out to a mere three months worth of their asset income. This is big, international news (its pretty rare for Swiss banks to speak of anything), but only one source, Artnet’s Ben Davis, pointed out an omission made by James Henry on Democracy Now last Tuesday. The former chief economist of McKinsey & Co., a global business management firm, spoke of Swiss employees of the bank courting Miami Basel patrons to hide away their funds. Perhaps this is not very surprising; after all, Swiss bankers fly in on tourist visas to all territories where the %1 dwell. Besides, would anyone really be surprised if it was revealed that Art Basel, whose main sponsor, UBS, who was investigated by congress in 2008, has little to do with art and a lot to do with banking?

And so one has to wonder about the crocodile tears that sometimes emerge from within the art world’s very slim field of vision, as they did the day after the scandal emerged—from the same online publication that Davis would point out the art world’s complicity in the affair the next day. Sarah Cascone urged the art world to worry about the ramifications that the verdict might have on art museums and institutes that are supported by the bank, writing “Will the bank’s legal troubles force the company to scale back its patronage of the arts? Artnet News certainly hopes not.” 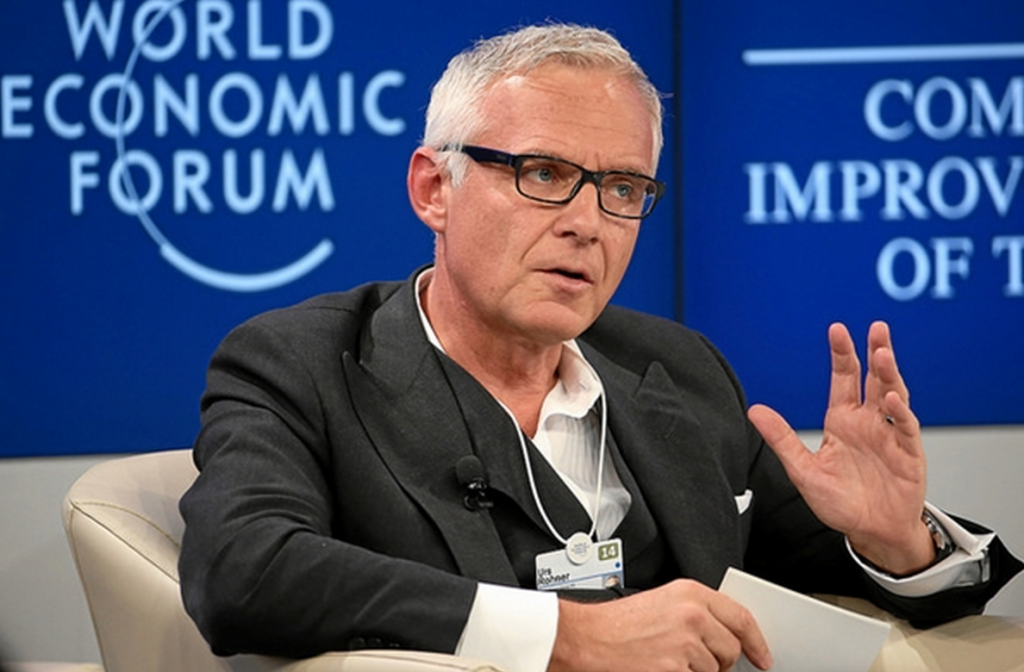 Urs Rohner, chairman of the board of directors, Credit Suisse Group.
Photo by Jolanda Flubacher.

Should we really give a damn? Would it not be fair to guess that many of the same collections and museums of art that are sponsored by Credit Suisse are essentially tax evasion mechanisms themselves? Do contemporary art collections such as the Fondation de l’Hermitage Lausanne or the Singapore Biennale really matter at all when artists aren’t making enough money to live and hardly see royalties anyway?

That Thomas Pikkety’s book Capital, whether you agree with its conclusion or not, became a smash hit at a level that has never been enjoyed by anything art has to offer—one has to wonder just how out of touch the art worlds concerns are with reality. Art has always been for the elite in one way or another, but it is getting to the point where artists can no longer see the fruits of their labor, as happens when artists are being run out of the places they live, and people in general are being run out of the cities where museums dwell. Should we really worry when the institutions that are at the top of the heap start losing their assets?

This remains a big question for art itself, but one that San Francisco, which has now become a bubble of a city, must grapple with.

Previous contributions by Peter Dobey include:

What is “Art and Technology?”

Next post SFAQ Pick: Rob Hornstra and Arnold van Bruggen “The Sochi Project: An Atlas of War and Tourism in the Caucasus,” Aperture Gallery, New York.