“Sights and Sounds of Stage and Screen”

Sunday, July 6, City Limits concludes “Sights and Sounds of Stage and Screen,” an exhibition of new work from David Bayus and Ben Bigelow. Both artists operate in the shifting space between distinct artistic genres, employing digital processes and effects in the construction of disorienting, hyperreal moments.

Bayus presents a series of prints, inspired by Paul Klee’s description of drawing as “taking a line for a walk.” Many of the prints begin with physical sculptures, which are then photographed with backdrops, color gels, and studio lighting; Bayus creates a composite, an uncanny depiction of space and form that utilizes the particular and unmistakable impact of photography in an alternate space. Also on view are a number of sculptures, created as a collaboration with Bay Area sculptor Brynda Glazier under the name Dina J. Blazer.

Ben Bigelow presents a series of works inspired by politics (in particular, Franklin Delano Roosevelt’s 1941 State of the Union Address) and pie. In a video, intentionally filmed to present the artist life-size as if in the gallery space, Bigelow performs as a politician, attacked with pies from off screen. Also on view from Bigelow are a number of works involving photography and sculpture, including a multi-panel work with the glow of 8 gallons of maraschino cherries.

The gallery hosts a closing reception July 6, from 7 – 11 pm. Please note that the gallery is closed July 4 and 5. 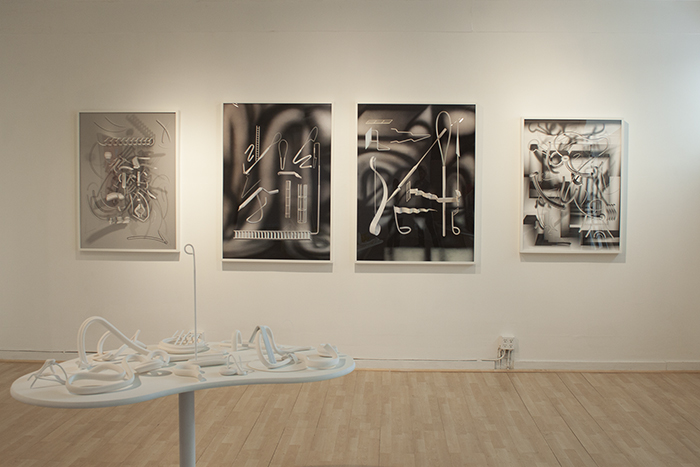 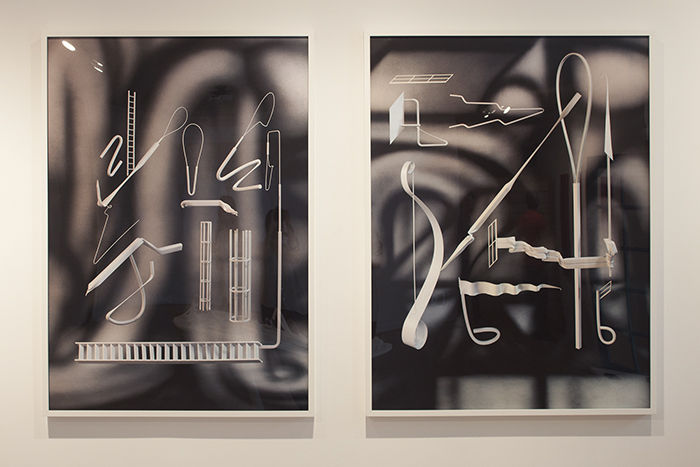 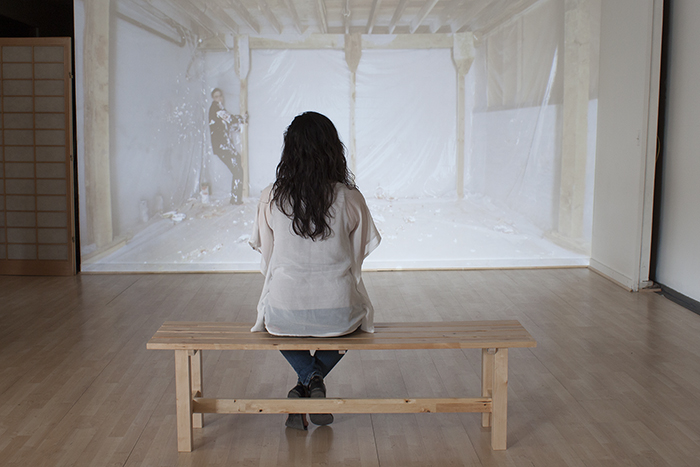 –SFAQ Pick: “How Not To Be Seen: A Fucking Didactic Educational Installation,” solo exhibition by Hito Steyerl at Andrew Kreps Gallery, New York.