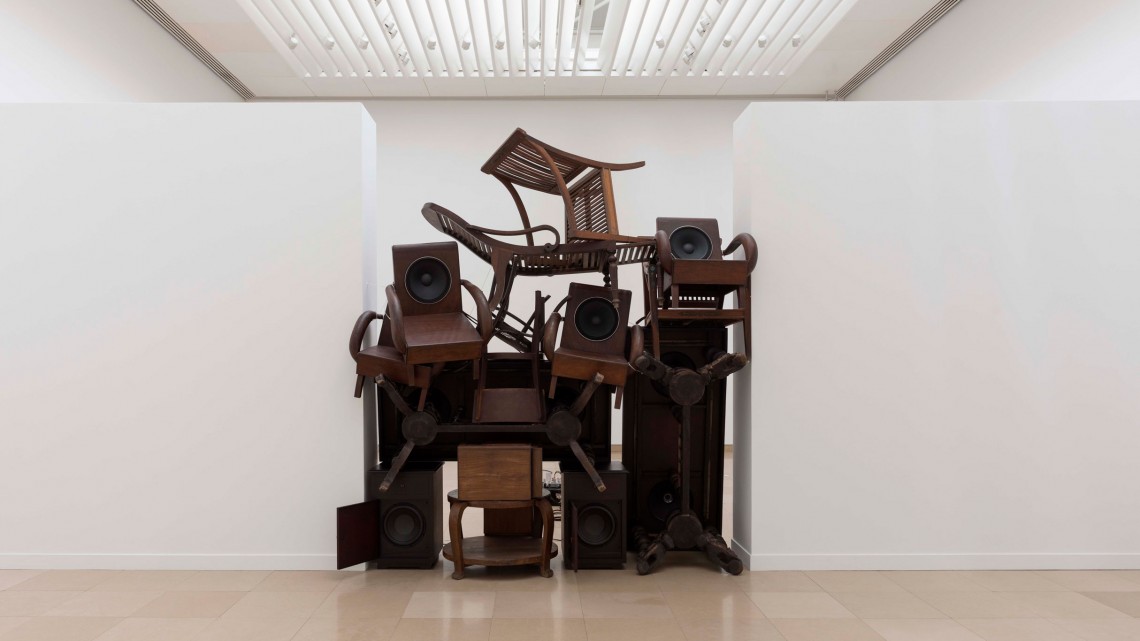 It shakes out like this: on the odd-numbered years, we have the big European biennials like the Venice Biennale, Manifesta, and the Istanbul Biennial, and on the even-numbered years we have the big Asian biennials like those at Gwangju and Taipei. The smaller biennials follow suit, and oftentimes are uniquely interesting because they highlight focus rather than a sheer preponderance of artists and artistic sub-categories. Of these smaller twice-a-year extravaganzas, Mediacity Seoul seems the most serious and forward thinking. Now in its 7th iteration, this gathering of (mostly media) art seeks to leverage Korea’s identity as a fast-growing economy with a robust high-tech sector, and it echoes and illuminates the way that contemporary trends are quickly reshaping Seoul into a rival of Tokyo for the position of being the premier city of 21st-century Asian capitalism. Even Japanese teenagers are now getting their pop culture cues from the sugar coatings of K-pop, and the long check-in lines at Inchon Airport bespeak the boxes of goods that Japanese shoppers are spiriting home. 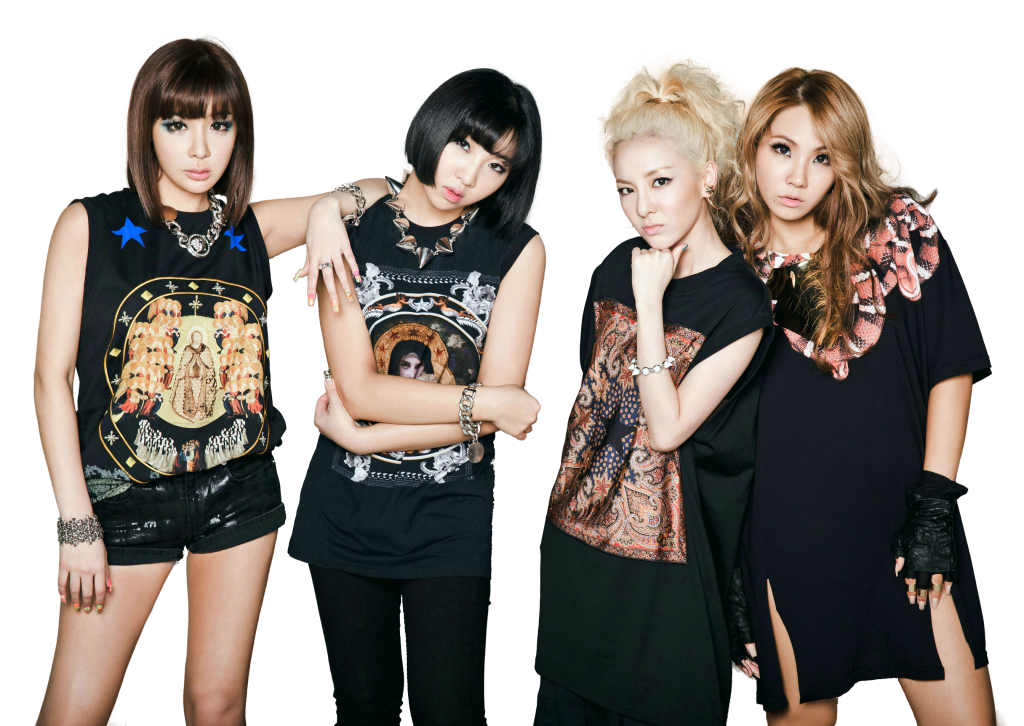 Indeed, to visit Seoul is to be immersed in a kind of cheerful version of Bladerunner, and from that vantage, one receives a glimpse of a dynamic city-of-the-post-historical future—a 24/7 engine of jumbotron-addled commerce and urban efficiency. But what of the recent past? The on-the-ground experience of Seoul suggests that only a very few of the city’s inhabitants are in any way concerned about it, preferring to partake of the energies of the go-go, Gangham-style present. This is one reason why Mediacity 8 seemed so interesting—by declared intent, it was haunted by those aspects of the past that so many Koreans seem content to forget. Organized by Artistic Director Park Chan-kyong, the exhibition was subtitled Ghosts, Spies, and Grandmothers, and was knotted around the themes of the conjuring of lonely souls heretofore forgotten by recorded history, the Asian experience of the Cold War, and the willingness to bear sober witness to a painful, contradictory past.

The exhibition was organized in two parts, only one of which being the subject of this review. That part is the exhibition of the work of over fifty artists that is ensconced in the three floors of the Seoul Museum of Art, while the other was a program of 40 film screenings at the Korean Film Museum, making for a formidable international film festival featuring the rising talents in the Asian film world. But let’s stick to the exhibition. 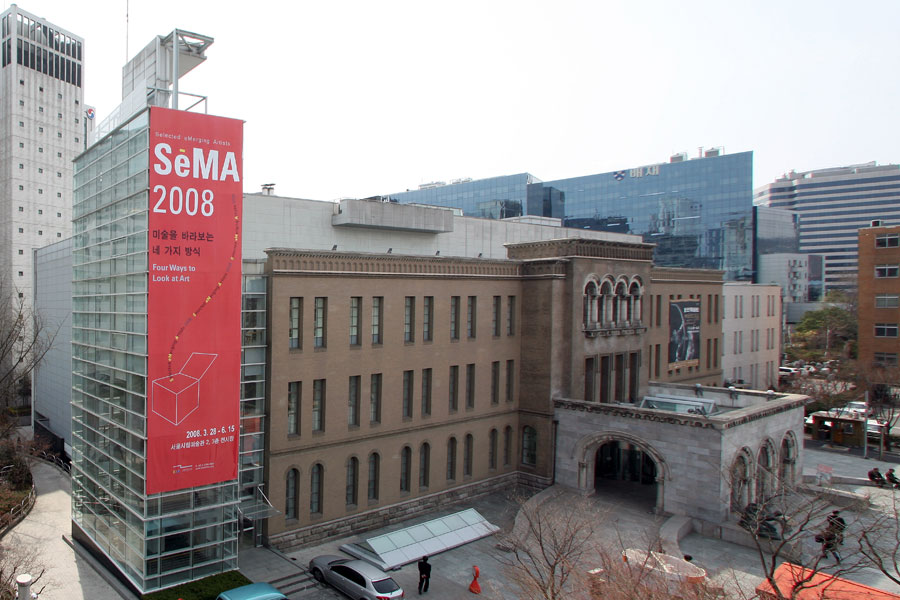 The Seoul Museum of Art.

One of the ghosts that one encounters is the actual building that houses the Seoul Museum of Art. Previously, it was home to the Korean Supreme Court, and before that (i.e., during the Second World War), it was the office of the Japanese governor general. This “ghostly” history was conjured by a simple knife set atop a crumpled newspaper by Tamura Yuichiro, the newspaper being a sly reference to Japanese mistreatment of Korean diplomats both before and during the war—in fact, long before, as the earliest of such was a murder that took place during the late phase of the Joseon Dynasty of the 19th century. Another ghost was that of French colonialism, enacted against both the Algerian and Vietnamese people, but also felt in Korea. The conjuration to which I refer was by Dinh Q. Lê and bore the descriptive title Barricade—it being a stack of upturned French vintage furniture that blocked the viewer’s path into what turned out to be an empty gallery. Some of the most ghostly works in the exhibition are paintings by Min Jung-ki that re-visit an older 18th-century painting titled by Kyumjae Jeon Seon; these being fanciful images of landscape forms that in the newer versions seem to have been re-wrapped onto structures that are viewed from oblique vantage points—not fully anamorphic, but very disorienting.

Spies: aren’t we all? Yet another set of historical ghosts are found in Yoneda Tomoko’s eerie gelatin silver photographs of atmosphere-shrouded furniture, which bespeak the artist’s investigation into the pre-Second World War Russian spy ring headed by Richard Sorge. The photos made a stunning use of soft midtones and blurred edges to recreate what the artist thought to be the state of mind of the spy—which is the state of being an ideological chameleon. Eric Baudelaire’s multi-media installation also investigates the lives of the covert operators May and Fusako Shigenobu, who were leaders of an extreme left branch of the Red Army Faction in Japan during the early 1970s. The installation is made up of a projection station where a 61-minute 8mm film displayed a mélange of archival footage and personal memories. Supporting the film were also a suite of silkscreen prints that point to the media’s manufacture of terrorist villainy, and its simultaneous erasure of anything resembling their side of the story. Another video projection literally goes underground. It is a 20-minute work by The Propeller Group titled The Guerrillas of Cu-Chi (2012), which pertains to a network of tunnels under Ho Chi Minh City—tunnels that were used to hide from American bombers during the Vietnam War. The tunnels are now a tourist attraction and the video shows this with an alarming irony that features said tourists pointing weapons at the camera, which is set up in an underground shooting range. 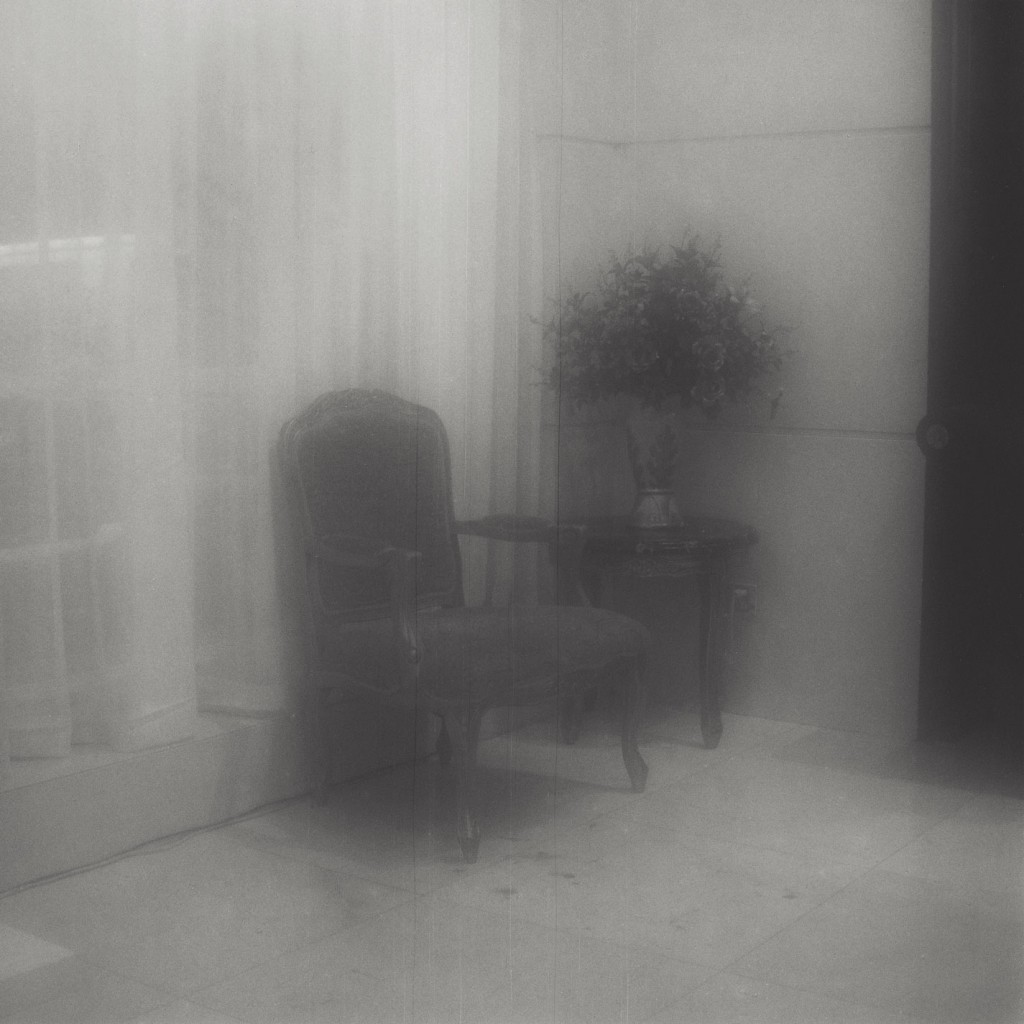 Grandmothers: in many ways, they are the traditional shamans of East Asia. In Naito Masatoshi’s 18 photographs dating from the late 1960s and 1970s, viewers are granted privy to the rituals of female shamans who conjure dead spirits in the night-shrouded forest of an island off of the coast of Japan. The photos themselves are rather eerie, using a deft tonality to work in the interstitial space between documentary and fantasy-oriented modes of address. The female shamans of Korea are the subjects of photographs and video works by Kim In-whoe, which are but small slices from a huge archive of such material that has been developed over a period of four decades. Working in a similar vein, Kim Soo-nam presents a selection of photographs of shamans’ houses and fortunetellers’ places in a series of haunting gelatin silver prints hailing from 1978 to 1997. In a 2010 video installation titled Orbital Re-enactment by Joanna Lombard, women and children are featured in an idealized closed-off space. It is a four-channel work that loops for a mere six minutes, but it offers up a warmly sympathetic examination of mother-child relations as well as other aspects of child-rearing, some more cooperative than others.

If I were put upon to single out one work from Mediacity 2014 as being worthy of special praise, then my choice would be the 14-minute video by Jawshing Arthur Liou titled Kora (2011–2012). The work’s single-focus camera position glides behind a solitary hiker who is tracing a 2,300 kilometer pilgrimage route from Lhasa to the base of Mt. Everest, with the surrounding landscape bleeding in and out of focus in a way that accentuates the liminal spaces between dreamtime and waking time. Because the camera is mounted on a glide pack apparatus, it floats like a cloud above both the hiker and the landscape, and its ultra high-resolution capture makes the projection seem uncannily real—and absolutely engrossing as a visual and poetic experience.

It seems clear that the 21st century will in many ways be an Asian century, just as it is equally clear that will also be a century of technological transformation much in the same ways as were the 19th and the 20th. It will also be a century of political contest, but it is to say that the terms of political contest will not be similar to the ways that such contests were played out during the past twelve decades. Competition for natural resources and globalized banking structures give competing parties new tools for meting out economic and political discouragements, and cyber-warfare between non-state and governmental actors has become its own theater of combat operations. Add to this the fact that the possibility of weaponized biological agents looms like an unimaginable shadow over the geopolitical game board. Much of the art included in Mediacity 8 seems haunted by these advents, which could be wrapped into a useful single term—let’s call it the Soft War in contrast to the Cold War and admit that it is really a contest between a neoliberal banking system that uses nation-states as instruments and proxy actors, and two other seemingly unrelated entities, one of which is irrationally dedicated to a medieval political theology and the other dedicated to the idea that nation-states should not only own their own banking systems, but should seek leverage over those of other nation-states. Amid these dramas, Korea in general and Seoul in particular occupy a multitude of strategic positions, and I am beginning to detect a similarity between the way that the West made propagandistic use of the cultural vitality of Berlin during the Cold War with the way that South Korea is becoming so central to the development of a pan-Asian cultural identity that is seeking to rival the way that China has occupied that position for the past 25 years (as did Japan during the previous two-and-a-half decades). In other words, the Asian transformations initiated after the Tiananmen Square moment seem to be making another important shift toward Korea at this time, and it will be worth taking note of how they play out through their artistic reflection.

Next post 5 Types in 3 Parts at Et al., San Francisco