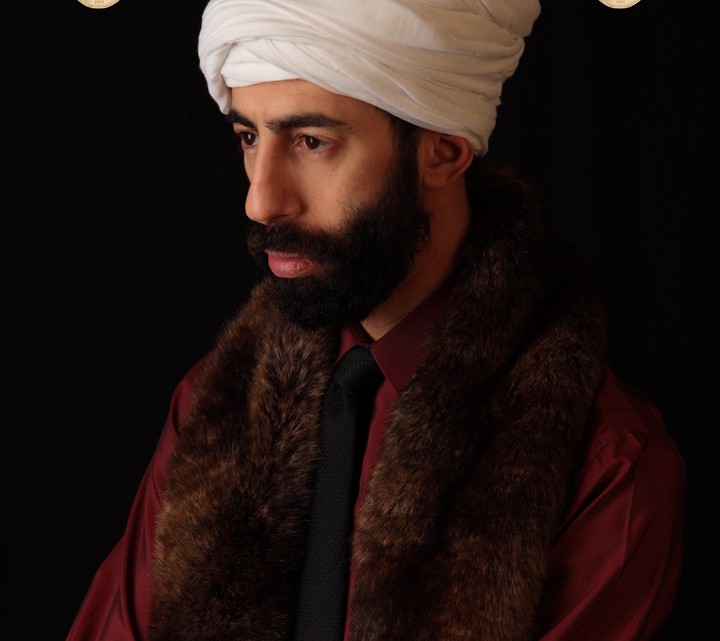 The media this week was rightfully preoccupied by the ongoing conversations surrounding Wednesday’s tragic murders of the cartoonists at the Charlie Hebdo offices in Paris. In the wake of the murders many in the art world rushed to show their solidarity and to offer their words of wisdom. Of the most moving are this response by French Arab artist 2Fik, this collection of tweets in Christian L. Frock’s piece for KQED, and this quote, translated here, from the Finnish newspaper Helsingin Sanomat by Iraqi artist Adel Abidin:

“HS: Do you think the attack on Charlie Hebdo will change the limits of freedom of expression? What should happen next? What do you hope will happen?

AA: The only way that the attack on Charlie Hebdo could change the limits of freedom of expression would be if we became as frightened as those who committed this barbaric act. If anything, this event will motivate us to fight harder to maintain our right to express ourselves. Those who committed this act are both weak and insecure, for how else could drawings on paper lead to murder? As in any dictatorial regime, their survival is dependent on our willingness to let them survive. We will not allow them to curtail our freedom of expression.

We as artists need to collaborate and create a series of works that will address this issue in an intelligent manner. It is not sufficient to criticize Islamic fundamentalism in cartoonish drawings. What is required is extensive research into the minds of those who commit such heinous crimes. With a level of understanding we can then use our art to persuade them to cherish the liberties we hold so dear.”

SFAQ’s own Dean Dempsey penned the piece Death by Comedy about the absolute necessity of free speech.

Hyperallergic reported on the ruling in France to drop taxes on sales for artists from 10% to 5.5% percent, making it easier for artists to directly control how their works accrue value and are distributed.

Though no such measures to protect American artists appear to be coming anytime soon, this other Hyperallergic article by Kibum Kim suggests that it may be high time to take action. A group show entitled The Contract at New York City’s Essex Street gallery tackles an almost-forgotten 1971 art resale proposal by curator and conceptual art dealer Seth Siegelaub. The Artist’s Reserved Rights Transfer And Sale Agreement (available here to download) proposed a contract that protected artists’ agency and resale rights from the vicissitudes of the art market. All artworks exhibited in this show must be sold under the conditions of this signed contract. Artist Andrea Fraser, known for her piece Untitled where she had sex with a collector in order to speak about inequity in the art world, is involved, only in absentia, since she refuses to exhibit in NYC until the city adopts resale rights. This longish article provides for a unique history of the troubles of associating sales and conceptualism together. 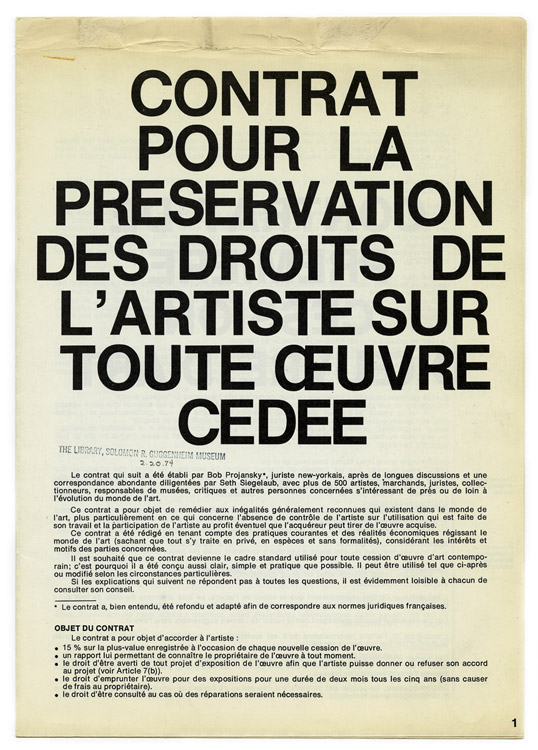 Ben Davis advocated for the abandoning of 30 overused terminologies in art writing.

Over the years, everyone has started to notice the obnoxious stylistic choices amongst art writers. International Art English, or IAE, as it was coined, has taken an amalgamation of academic mumbo-jumbo from many languages and combined them into a catastrophe of international art jargon that no longer represents English. This week Ben Davis called for an end to such affronts to the English language such as “rhizomatic” or “palimpsest-like” when describing artworks. Thank goodness.

Author Christopher Glazek, along with others, annotated his own article about “the art world’s patron Satan,” Stefan Simchowitz.

Utilizing a new online platform, of which he is now executive editor, called Genius.com, Christopher Glazek re-evaluated, fleshed out, and contextualized his revelations in last week’s article in the New York Times Magazine about the less-than-decent art dealing bargains of art flipper Stefan “Simco” Simchowitz that had the art world in a tiff with the man himself on Facebook over the ensuing week . . . enough to earn him a diminutive nickname and hashtag, #Simco.

“Simco.” Courtesy of the Internet.

According to gallery owner, artists have too high of expectations to sell.

This article that appeared on Slate.com under the title Why don’t Artists Like the Current Art Market? by gallerist Michelle Gaugy states that artists expect too much of buyers. Most art today is art-for-other-artists, not art for a particular person, as with the patron model, and herein lies the discontent. “Go ahead and paint that 75 inch by 75 inch masterpiece if you want, but you just limited yourself to about .01 percent of the population who could even conceivably hang it somewhere.”

Do we Confuse Assholery with Creative Genius?

A pretty great title for this e-flux.com article by Karen Archey that confronts the question as to if the notion of “genius” in our era is just a way to let self-centered narcissists (almost always dudes) off the hook. It is argued to be especially prevalent in the arts.

Unfortunately, this question goes unanswered in the most recent, and very short Jonathan Jones Guardian article that starts out by scrutinizing the art world’s fascination with the newly moneyed in countries like Russia and ends by pointing a finger at Louise Blouin et al. for letting collector money negatively influence the art press, thus leaving beyond all that is significant. “The great myth about the art world is that it is loaded with money. It is, of course, but only at the top end.”