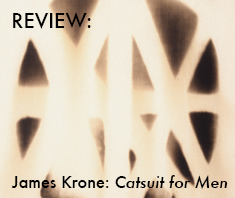 Known for his deliberately choreographed aesthetic procedures, Berlin-based artist James Krone brings a new series of haunting paintings, an installation, and a video to the project space Night Gallery in Los Angeles. Through repetition, process, and a veiled series of plays on language, Krone creates a subtle framework to address signifiers of desire and the reciprocity of exchange.

In a series of Spell paintings with such titles as “Catsuit for Men,” “Leather Woman,” and “Misty Cherry,” Krone exhibits six paintings in various sizes that are created by pouring men’s knock-off colognes onto the canvases and lighting them on fire. In shades of brown and cream, similar in form to Yves Klein’s fire paintings, the subsequent burn marks create a palimpsest that recalls the shape of a pentagram. Krone’s source lies in the linguistic realm of ancient mysticism and traditional witchcraft, in which he layers a sigil onto the canvas to create an abstract symbol. Their dark, minimalist aesthetic borders on formalist painting, yet recall the occult in the index of a smothered flame. 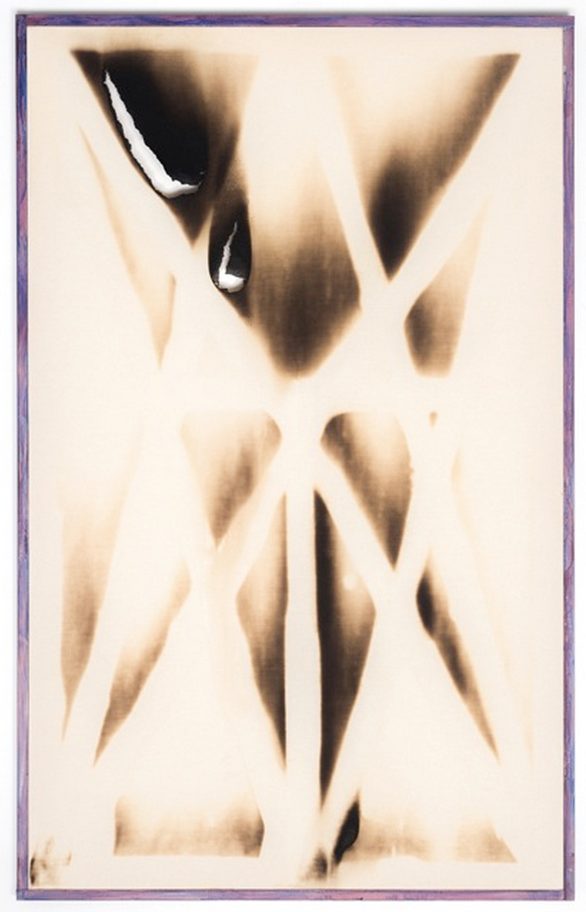 Hanging from the top of the walls are multiple gold belts linked to create long, vertical chains. The belts function simply, connected to each other, they bracket the space of the paintings in the gallery. As a gaudy adornment, the belts recall the counterfeit industry that exists across the globe and the desire for a glamorous image. Yet, with their orange-yellow color, the belts fail in their embellishments to duplicate a high-class object as they rest in their place between the paintings as punctuation. The faux gold sparkles; animals and leather make a simple gesture, connecting to themselves if only for the sake of connection.

In a video titled “Rochambeau,” a magician’s hand in a white glove plays a game of rock, paper, scissors through a glory hole. The title, meaning to disambiguate in French, gives the piece and the game an aimless quality, one of endless choice, possibility, or chance in a repetitive loop. The social construct of a glory hole is a kind of anti-sculpture, to borrow the artist’s term, that disrupts the social contract of intimacy and selection. The video retains a relationship to the paintings by further breaking down the barriers of communication that exist by rejecting a fundamental form of communication. 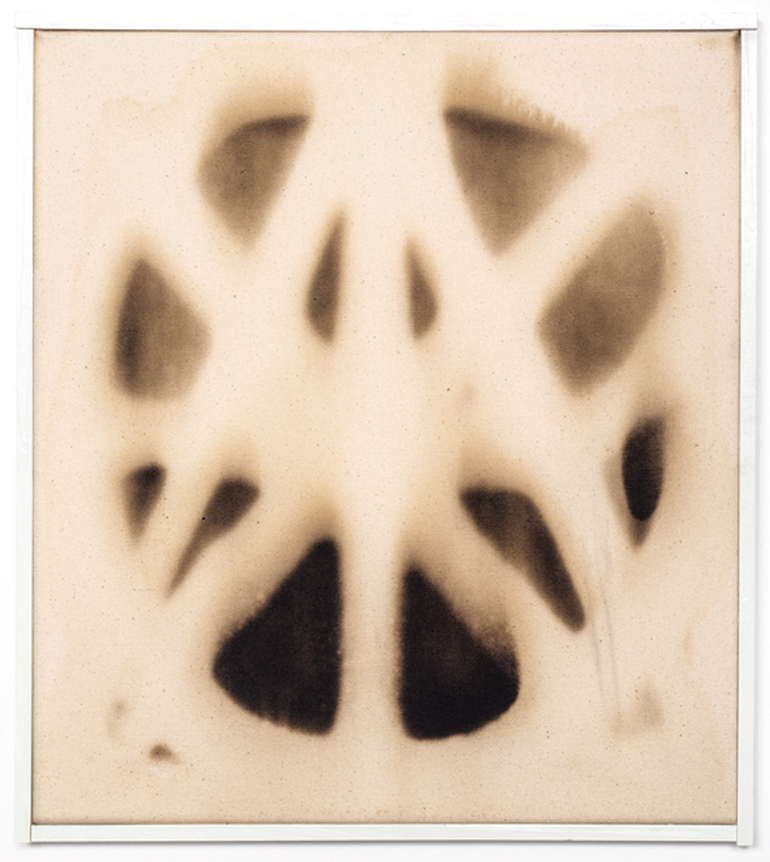 James Krone, “Arrogance for Men #2,” 2014. Courtesy of the artist and Night Gallery.

Despite the urge to claim these works as a visceral reaction to consumerism, it remains latent within it. Krone negates the translation of his objects into legible language, allowing only small, momentary connections to be made. These objects carry the weight of their meaning, yet they are halted by their illegibility. Though there is recognition of the materials as sources of power or prowess, they are disregarded as such. Krone presents a wonderfully complex project that demands serious consideration in the midst of what feels like a lighthearted display of formalist strategies.

For more information about the show, visit Night Gallery.

Further reviews by Gladys Katherina-Hernando include:

–SFAQ Review: “Take It or Leave It: Institution, Image, Ideology” at the Hammer Museum, Los Angeles.