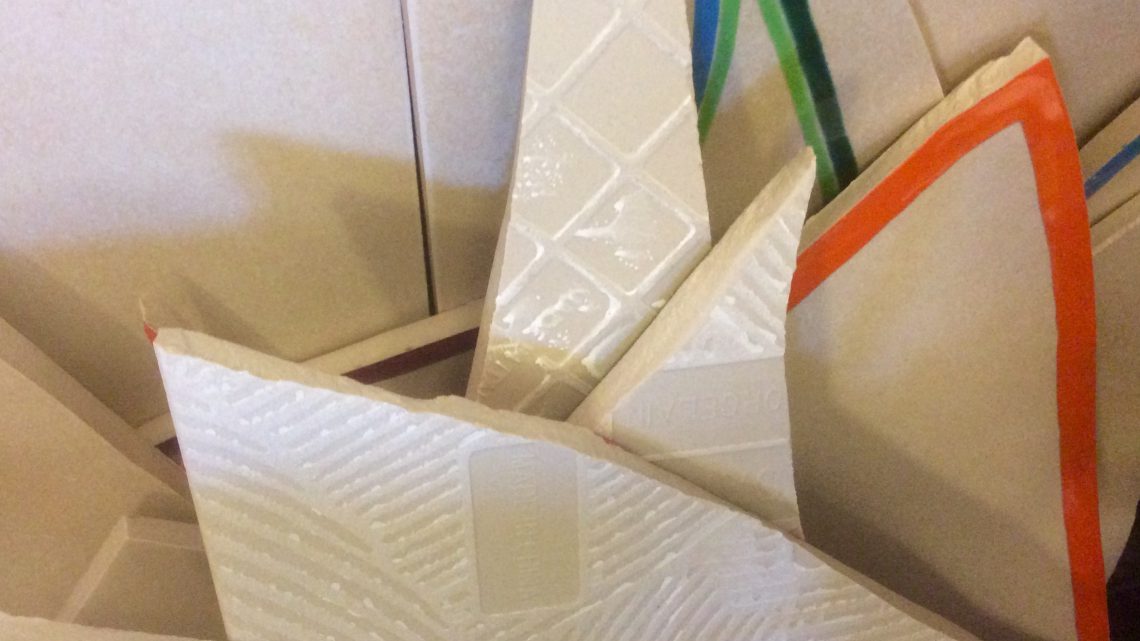 Recently, I have been drawn to California ceramic artists of the late fifties and early sixties, who shattered the barriers between craft and the fine arts, paving the way for craft persons of various ilk to take their rightful place aside painters and sculptors in galleries and museums. Peter Voulkos, Robert Arneson, Richard Shaw, Viola Frey, David Gilhooly, John Mason, Ron Nagle, Ken Price, et al. arose from California to confound the critics, who continued to insist that ceramicists were simply potters creating functional items, while fine artists were producing spiritual items having no practical application.

Voulkos changed all that when he returned from attending Black Mountain College in the early 1950s, and he began applying lessons learned from the Abstract Expressionists to the ceramic medium. Ironically, the young Jim Melchert, who was a painting student attending the University of Chicago (MFA, 1957), had witnessed an early exhibition of Voulkos’ work, which he says “…drove me out of the room. It was awful.”[1]  But Melchert was willing to learn, and decided to spend a summer studying with Voulkos in Montana, which not only changed his opinion of Voulkos’ work but his direction in life. The following year he became Voulkos’ studio assistant at the University of California, Berkeley, eventually graduating and establishing a ceramics program at the San Francisco Art Institute, hiring Ron Nagel to a teach beside him. After several years at SFAI, he headed back to Cal, eventually to attain the status of Professor Emeritus. 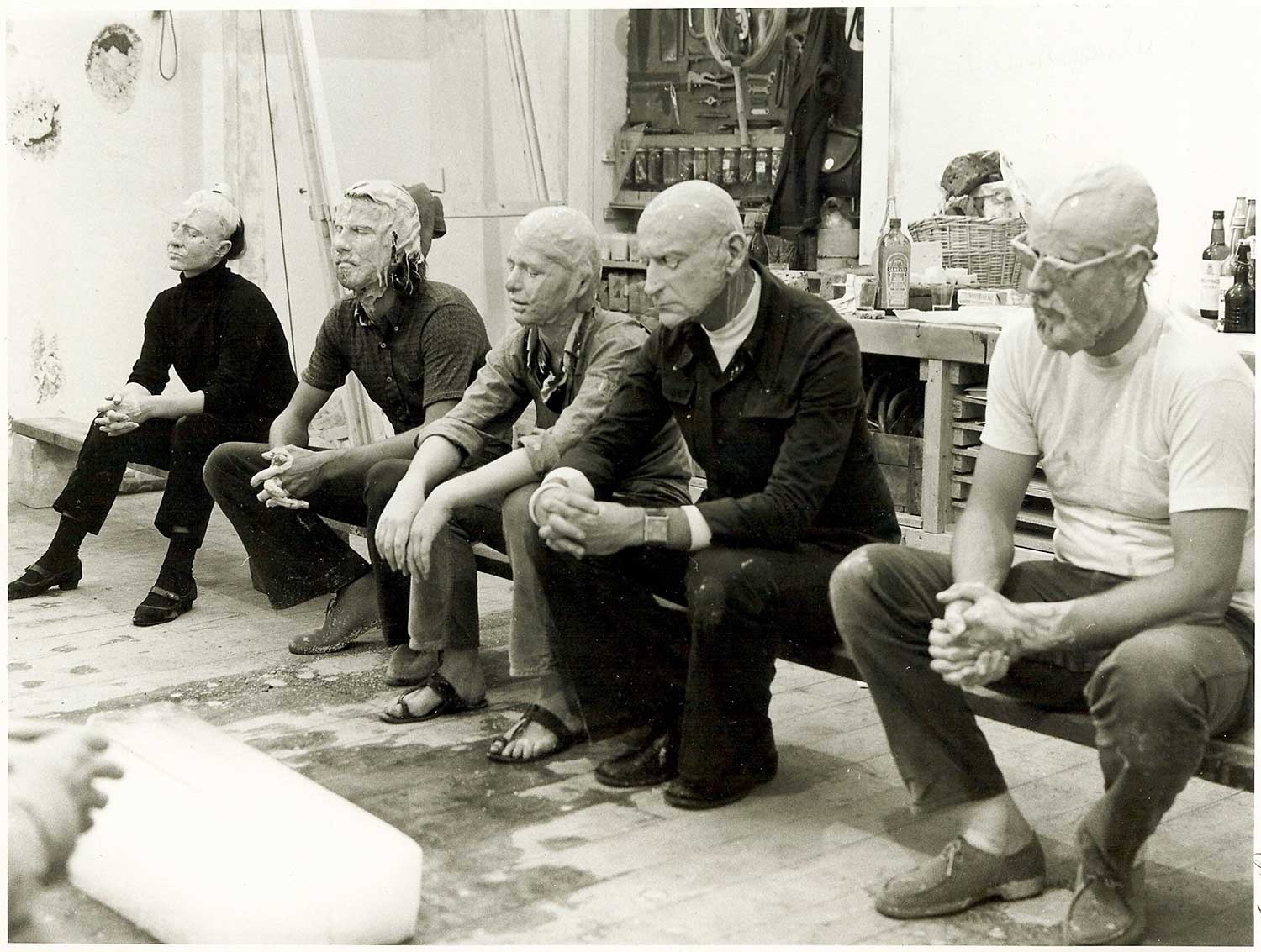 Voulkos had stood the ceramic arts on its pointy little head by abstracting the vessel. Like every good student, Melchert had to transcend the teacher, finding his own place in the field. He did this by being attentive to performance and conceptual art practices nurtured in the Bay Area during the late sixties and early seventies. His signature work of the period was the 1972 piece, Changes, performed in Amsterdam, Netherlands, whereby he immersed his head in ceramic slip (“a liquefied suspension of clay particles in water, differing from its very close relative, slurry, in that it is generally thinner”), coating him and 10 other participants who were seated on a bench between fire and ice.

The idea of dousing his head in ceramic slip transpired from his meditation on “interior space,” a concept of importance to both potters and architects, both dealing with establishing a coating around an inner core. Melchert’s meditations reached a crescendo investigating Persian architecture in Iran. “The walls weren’t these big solid things containing space. The walls were the skin of space. Space is so palpable.”[2] 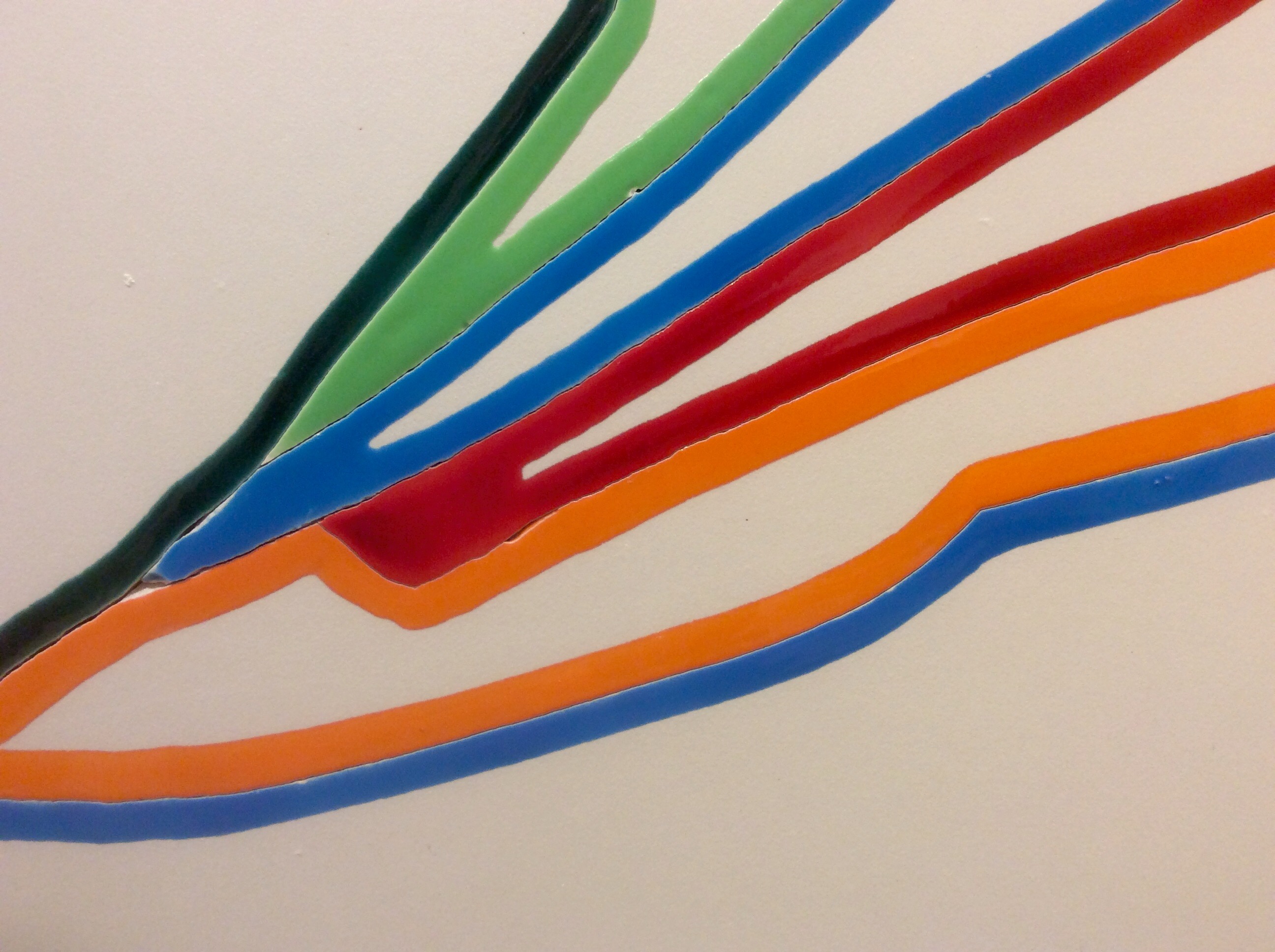 Forty plus years later, Melchert remains obsessed with interior space. These days it takes the form of tile, which he began to explore in the early 1980s, while on a trip to Egypt. Like his good friend, Los Angeles ceramicist John Mason, who worked with brick, Melchert choose another overlooked ceramic staple to channel. Busy with directorships at the Visual Arts Program of the National Endowment of the Arts and the American Academy in Rome, he returned to his explorations with tile later in the decade, becoming increasingly fascinated with the fissures that occurred when tiles were dropped and shattered. A physicist later told him that the cracking replicated inherently weak bonding within the interior of the tile. When the surface was ruptured, the internal structure was revealed. What first appeared as a flaw became Melchert’s point of departure for decades of happy accidents.

His latest exhibition at Anglim Gilbert Gallery introduces a new variation on a familiar theme. After the tiles are dropped and fractured, any number of variations may result. The tiles are shattered, reassembled, glazed and re-fired, but differ in the hand-rendered coloration and composition highlighting the energy released by the fracturing. Some of the glazes are minimal, allowing the cracks to speak for themselves. Other series, such as Channels, depend on vivid primary colors in stressing the resultant rupturing. 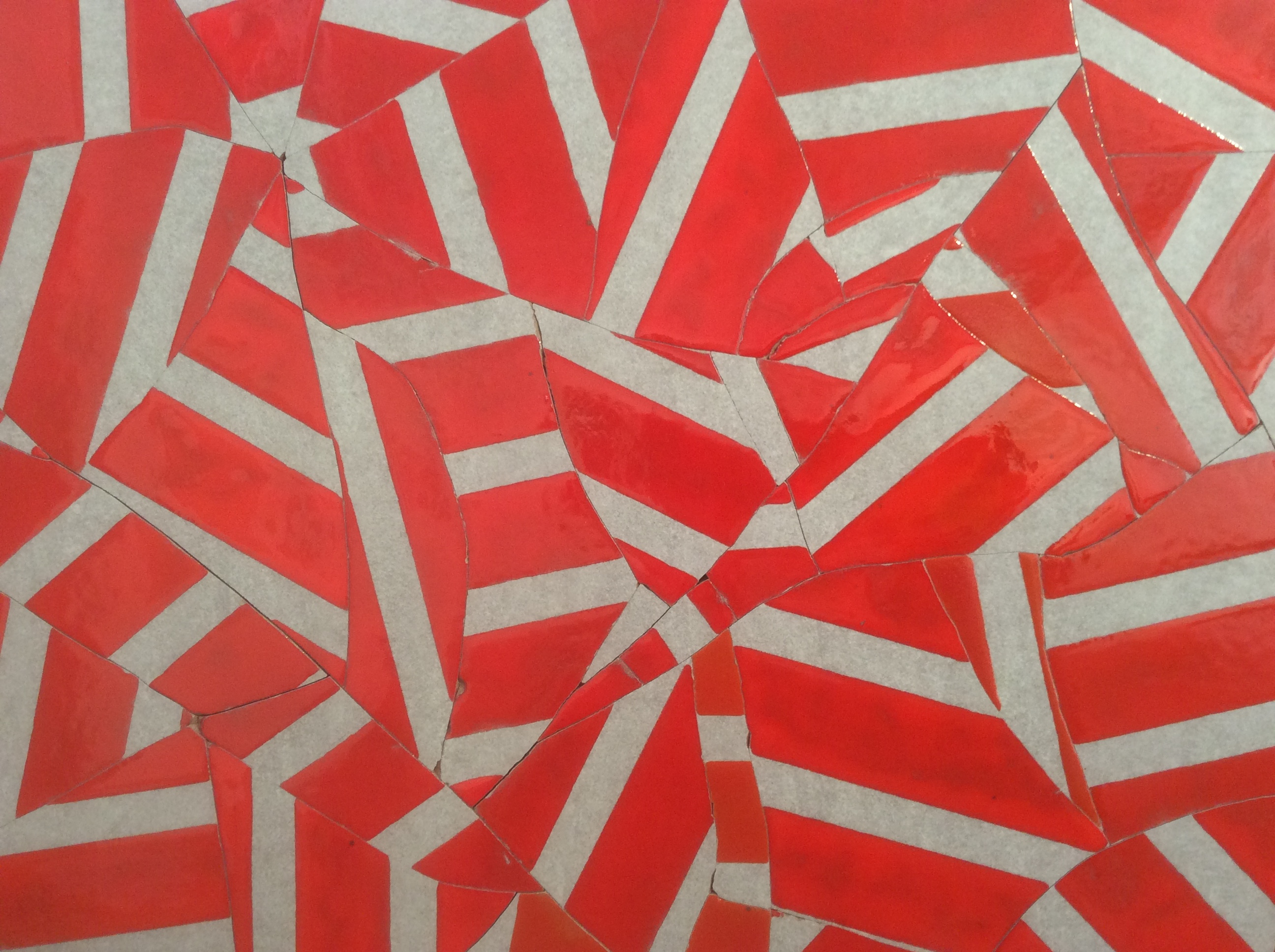 In contrast, many of the works on display at a concurrent exhibition at a.Muse Galley contain circular colorful additions apparently applied as haphazardly as the cracks themselves. A closer inspection reveals an inner logic to their placement. Circles often appear in the work, in contrast to the predictable, perhaps inherent, nature of the square tiles. 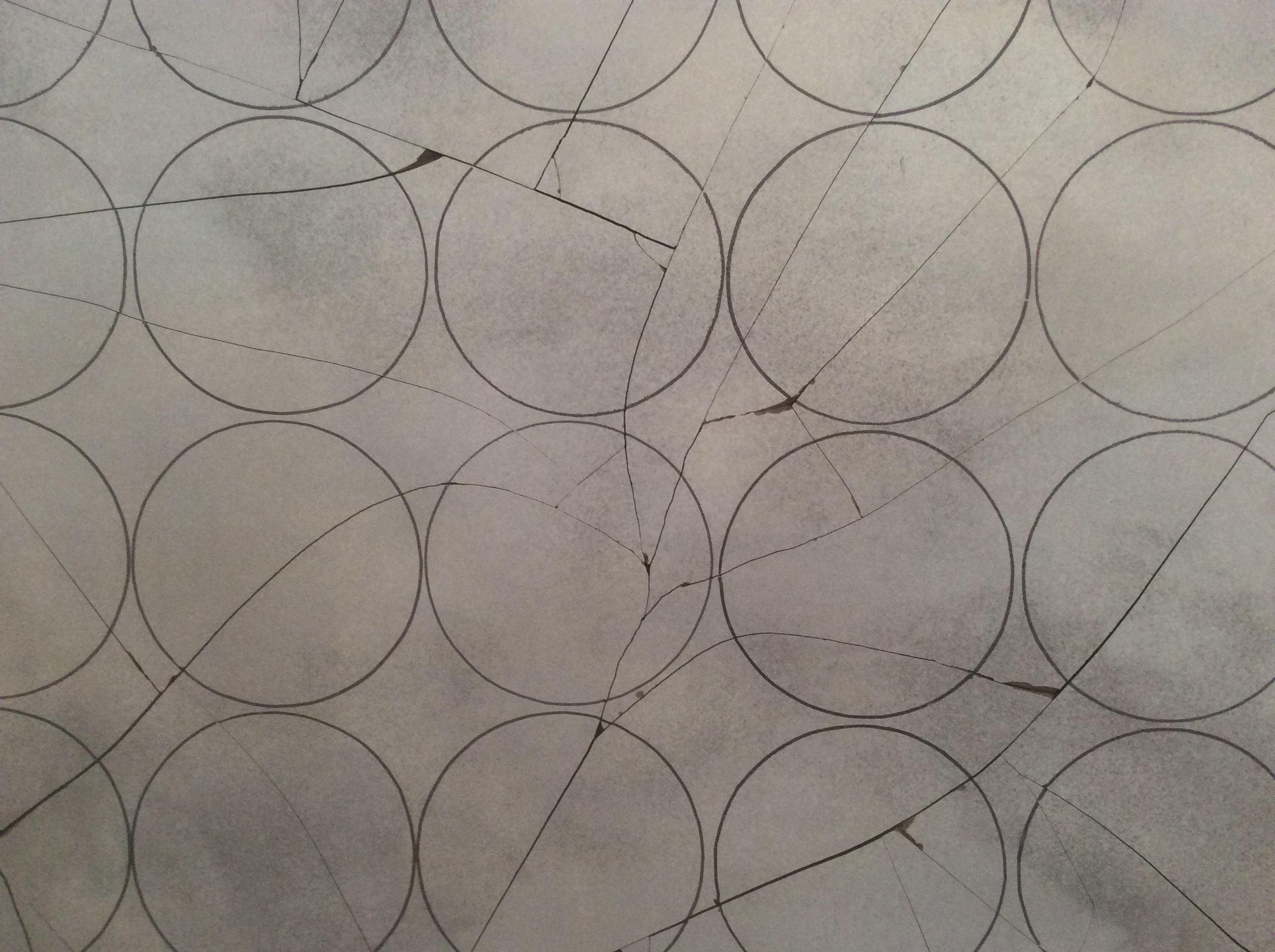 Melchert is joined in the exhibition at a.Muse by his studio assistant Ethan Caflisch, a recent graduate of the California College of the Arts. Or rather, Melchert joins Caflisch, as the younger artist was asked to pair his work with another and he chose Melchert. The disparity in age (hence the title, “23/85”), accomplishment and reputation of the artists, and the works themselves, make this an unusual pairing, but are perfectly in keeping with Melchert’s natural propensity towards generous support of his fellow artists. 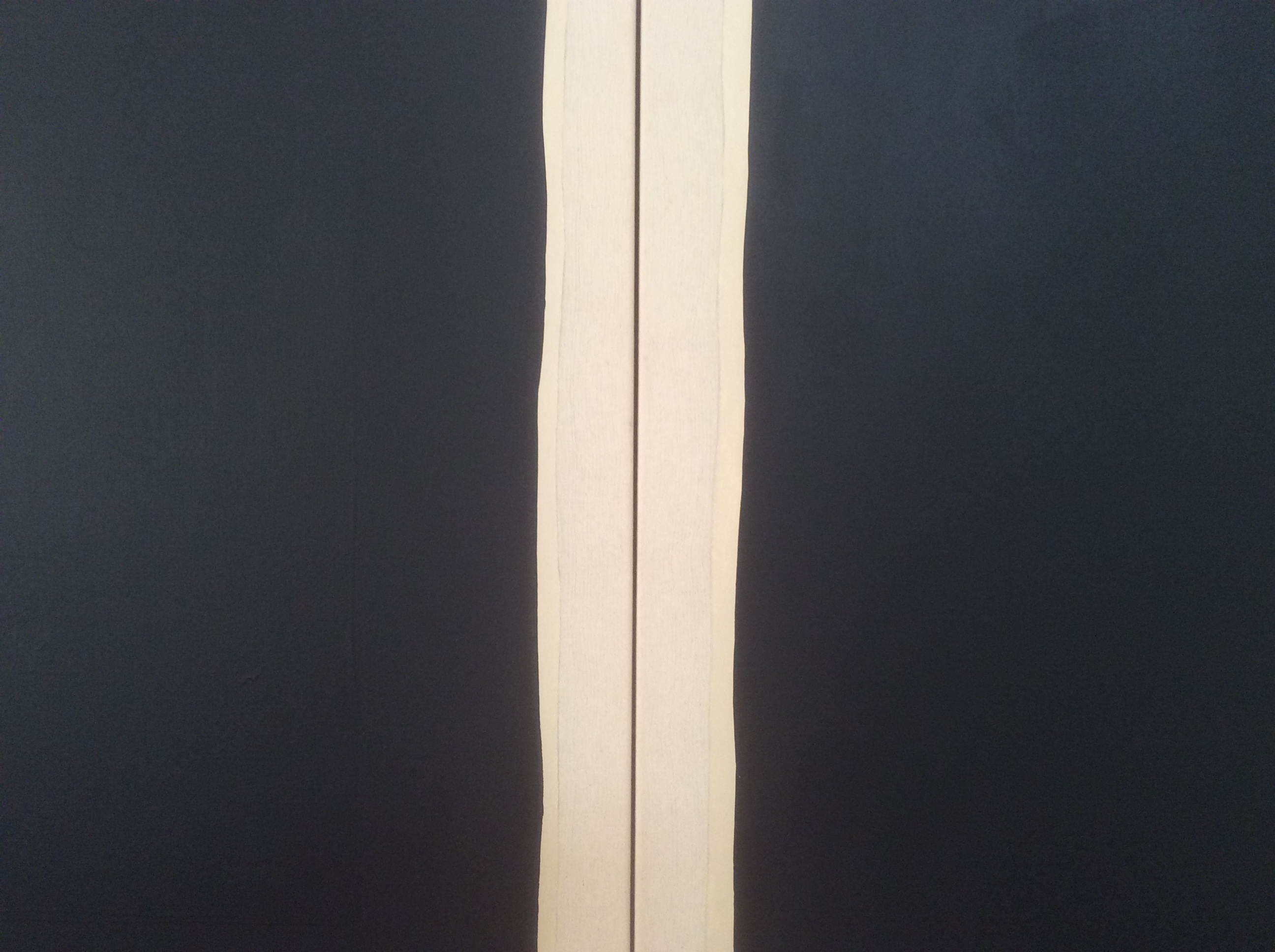 But this is no charity case. Caflisch large paintings are ambitious undertakings stressing “process and material,” as stated in his description of the work. Employing unprimed canvas, Caflisch conjures bold geometric abstractions, just a bit off-kilter, with tinges of shadowing, allowing them to emerge from the frame. Like Melchert’s fractures, they seem to originate from the internal structure of the canvas on their own. Unlike many young painters, who seek to impress by razzle-dazzle, Caflisch allows simple structuring to make a strong statement.

Hats off to Melchert for lending his sizable credibility to a young artist he believes in. Anglim Gilbert Gallery also deserves kudos for their ongoing support of a local cultural icon and for their willingness to allow the work to be shown outside the confines of their gallery. What a pleasure it is to see a mature artist continue his exploration of a long-standing preoccupation with ongoing zest alongside a younger artist who recognizes the importance of artistic continuation. 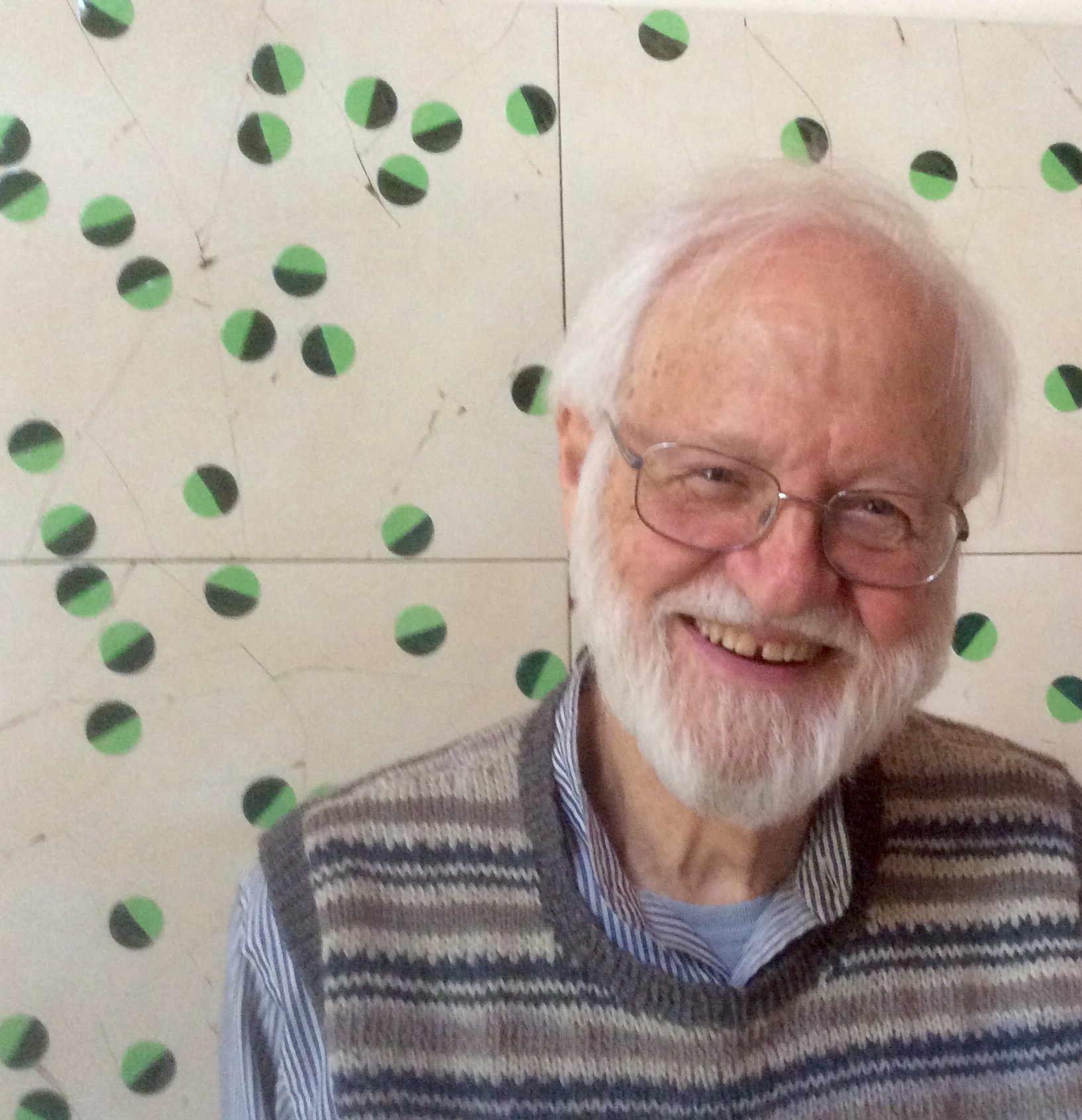 Next post Oblivious The Greek, Adam Parker Smith at The Hole, New York