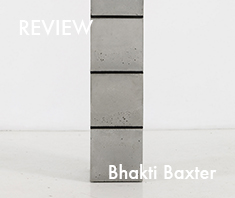 In his second solo exhibition at Gallery Diet, Miami-based artist Bhakti Baxter created a beautiful show of sculpture and painting that explores the precise complexities of geometric theorems. In a return to the basics of form, Baxter used concrete and ink to play with the duality of the metaphysical aspects of geometry.

The gallery space was left as a white cube with human-sized, concrete sculptures arranged in the room. Using the Pythagorean theorem as the basis of his subject, the right triangle, or the crux of the hypotenuse formula, appears throughout the show. In Euclidean geometry, the three sides of the triangle allow for the creation of squares and an infinite number of lengths based on its relation. One sculpture, “3, 4, 5, Volumes with Stucco Waves (scratch coat),” strictly duplicates the theorem; three squares with the hypotenuse triangle in the center. Its exterior texture consisting of delicate waves makes the piece feel unnaturally light. Another piece, Rubber Spine, is a series of perfect cubes vertically set one atop the other with a piece of black rubber between each, allowing for the squares to oscillate between floating and bearing its heavy weight. 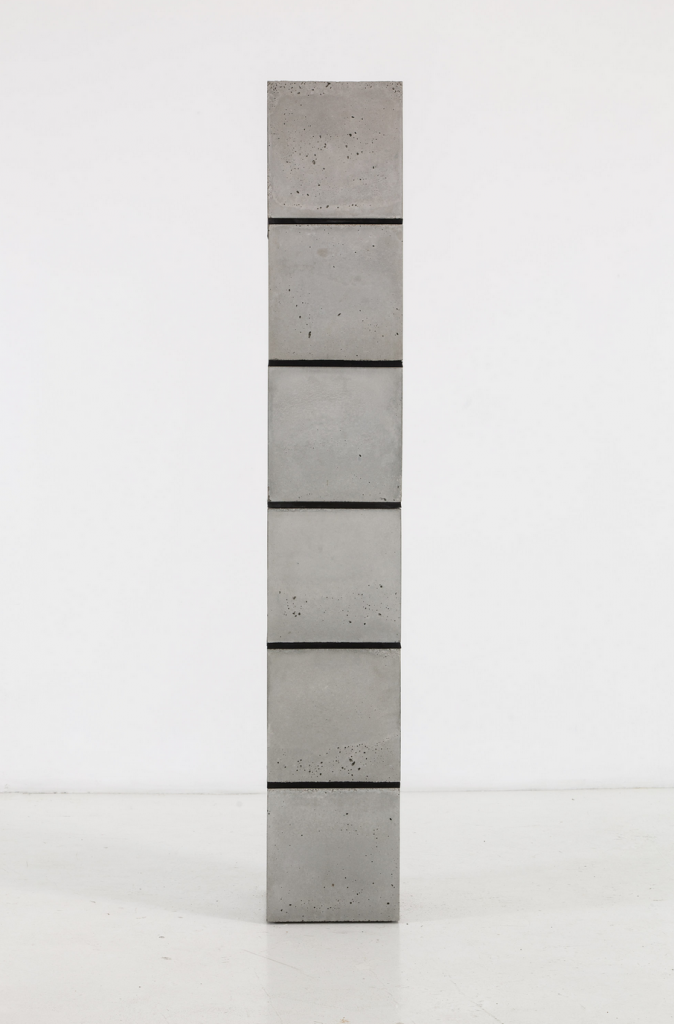 Duplicating a second formula, the vesica piscis—the central seed shape formed between the intersection of two overlapping circles—Baxter uses a smooth texture to give the shape cold lightness. The formula behind this work begins to reveal Baxter’s interest in the metaphysical aspects of geometry. The vesica piscis not only contains the coordinates for a perfect triangle, it is able to self-replicate into a pattern called the Flower of Life—a figure composed of multiple evenly spaced, overlapping circles. This figure, traditionally used as a decorative motif, forms a flower-like pattern with the symmetrical structure of a hexagon. Touching on the beginnings of sacred geometry, the sculptures appear to reference pillars or altars for the mystical.

In contrast to the hardness of the sculptures, the paintings retain their process and an element of chance on their surface. These are aesthetically similar to his earlier paintings on Mylar with figurative elements, yet they forego representation to examine the contrasting rigid and fluid aspects of geometric forms. Baxter laid heavy metal shapes onto Mylar and painted around them. As in “Untitled (Elemental Plumet),” visible wells of ink dried on the surface of the polyester resin making the negative space of the paintings more valued than the forms, creating clouds of smoke drifting in and between geometry. 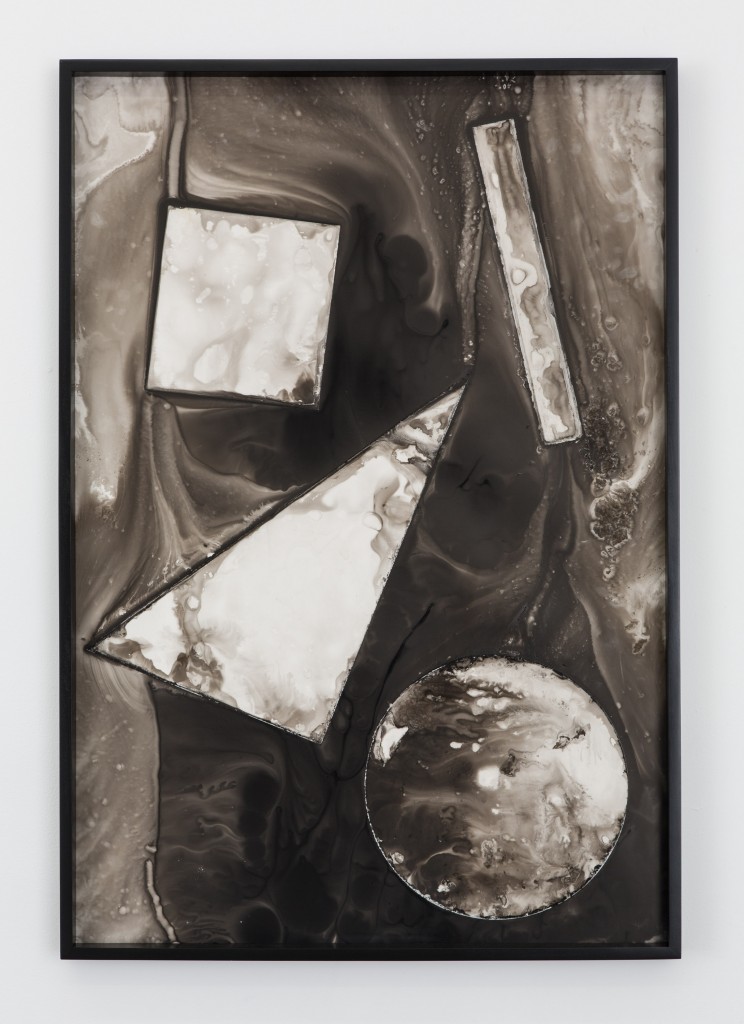 Baxter’s playful show of elemental shapes recalls the special properties that exist within the geometric forms that surround our everyday lives. From architecture to design and the natural occurrences in our environment, Baxter subtly harnesses the philosophical and supernatural qualities of the world. His ability to navigate this space gives the work openness to interpretation based in the mathematical, rather than the arbitrary. This new exhibition of works gives rise to the potential of geometry to harness the otherworldliness that is inherent in our lives through the beauty of contemporary forms.

For more information about the show, visit Gallery Diet.

Previous contributions by Gladys-Katherina Hernando include:

Review: “Take It or Leave It: Institution, Image, Ideology” at the Hammer Museum, Los Angeles